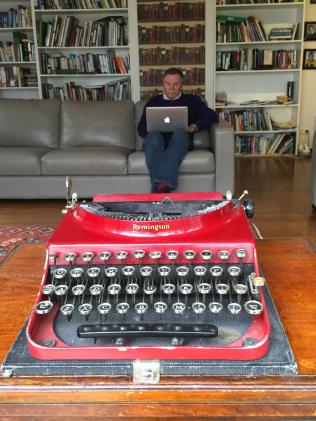 For the better part of a century, Ella Wooley wrote letters and more on this Remington typewriter.
Tasmanian-based journalist Charles Wooley (born Launceston, 1948), a reporter for Channel Nine's 60 Minutes, wrote this piece about his mother Ella and her red Remington Model 3 portable typewriter for the Hobart Mercury just before Christmas (also see Wooley's wonderful article about his mother here): 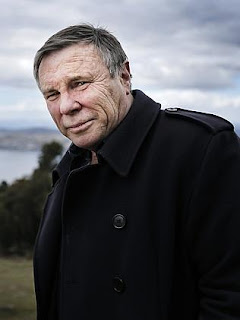 Charles Wooley
KIDS seem to have such an easy grasp on technology, I worry I’m being left behind. I’m not going to talk jargon here beyond noting that I needed to take along the two little boys to help me buy an antenna for the dongle so my iPhone 6s plus can (maybe) access wifi at the fishing shack. When I was their age, about the only words I would have recognised in that last phrase were “fishing shack”. Telstra had earlier sold me the dongle but it turns out it needs an aerial, which oddly they don’t stock. They would order one and call me back, they said.
That was more than two weeks ago and they haven’t called, so in a rapidly changing world, at least some things stay the same. I am so displaced these days I actually find a modicum of human incompetence almost comforting.
But the most technologically displaced person I know is my 98-year-old mum Ella. For the better part of a century she hammered out correspondence, memoirs and missives on a beautiful, shiny, red-enamelled Remington typewriter circa 1930. This fine machine in a solid wood and leather [sic] black case was her pride and joy and she kept it in mint condition. Even now it sits in my living room on display as a lovely industrial artefact from an age when function and design could also encompass the artistry of sheer beauty. I romance it despite the fact you can no longer get typewriter ribbons [Ed: WRONG!] (kiddies, ask your parents to explain) and there is also something wrong with its carriage. Indeed, it’s a lot like my mum Ella, in a state of disrepair, but still worth a look.

Ella Wooley with baby Charles in 1948
Ella was a world traveller who is now sometimes philosophical, but always a little grumpy about being “marooned” in a nursing home. “I know I am lucky to be here, it’s a lovely caring place and the staff are kind, but sometimes I just feel I want to be back in the world,” she says.
Decades ago, when she was younger but just as stubborn, I was managing my own journalistic transition from typewriter to word processor to computer. I tried to bring her with me on that voyage into uncharted waters. I understood her frustration. I rarely lost any work on the typewriter but frequently by the late ’80s a mere finger fault on the computer could consign a whole day’s labour to limbo. In the end, Ella lacked the patience to make that transition and so now with a sharp intellect but no computer, tablet or mobile phone, she has indeed retreated from the world and it has little to do with being in a nursing home. I struggle to keep up but at least I try. In the television studio, sometimes I look into the camera, through the auto-cue, and casually ask viewers for their feedback via a “hashtag” and to “tweet” at a certain “handle”. I know about Twitter and Facebook but obviously not enough. What on Earth are hashtags and handles and do I really need to know? Am I retreating like Ella? If I am then I am not alone.

There are major industries out there in complete denial of the rapid changes being wrought by the Internet and the new interconnectedness of the individuals they call customers. Look how the taxi industry is fighting a rearguard action against the popular new service Uber, which puts the passenger in personal contact with the driver. Or how the retail industry fights for its long-held main street dominance by arguing (successfully it seems) for a bigger tax hit on overseas online purchases.
Then there’s the futile opposition by the traditional hotel industry against the new direct person-to-person accommodation service Airbnb. Each is a case of entrenched collective self-interest trying to protect an increasingly outmoded generic monopoly. You might even be generally sympathetic, though at the same time, I bet, buying stuff online with no parking hassles and at a lower price.
Remember how Kodak, the world’s biggest photographic supplier, famously failed to see the threat from a cheeky little start up IT company called Instagram?
“The times they are a-changin’,” Bob Dylan warned the world back in the 1960s. Aren’t they always, and don’t most of us hate it, or refuse to see it coming? 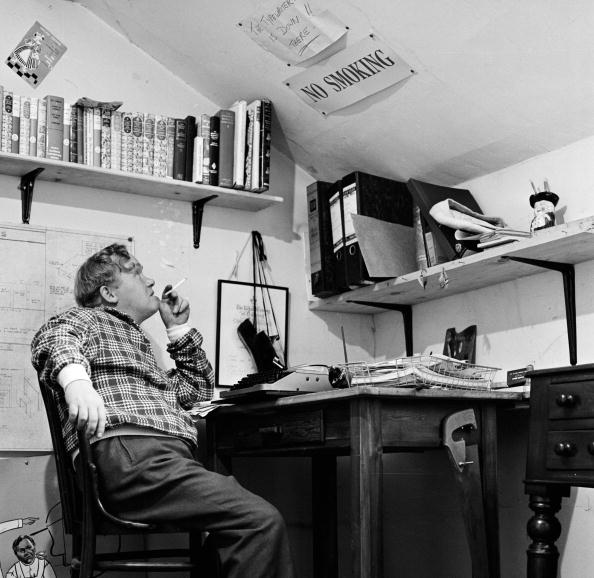 Charlie Drake with his Imperial portable typewriter in 1957, five years before he had his worldwide hit with My Boomerang Won't Come Back.
A quite different ’60s song, My Boomerang Won’t Come Back, has been all over the Internet in the past fortnight after an act of foolishness right here in River City. Banning Charlie Drake’s 54-year-old comic song about an Aboriginal kid who can’t properly throw his boomerang is one of the sillier things the national broadcaster has done recently. It was played as a request on ABC Hobart and one unnamed listener complained that it was “offensive”. It wasn’t offensive back in 1962 when it topped the charts in Australia as well as in Britain. But as is my theme this week, how things change!
Being only up to a point hi-tech savvy, I fulminated about this on Facebook. Hundreds agreed. Not so much about missing the ditty but about losing the right to hear it. OK, my FB is a small sample but it’s my experience as a broadcaster that almost everything offends someone. Personally, I’ve always found Barry Manilow offensive (kiddies, once again, ask your parents) and if it takes just one complaint about every song right back to 1962, eventually there will be a very short playlist. 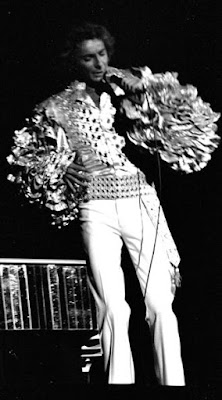 Barry Manilow: Please, NEVER come back!
So back on theme now, I wanted to test the reaction of my two early-teen boys to Drake’s novelty song from half a century ago, back when Ella was still happily pounding away on the old red Remington. I couldn’t ring the ABC and I didn’t want to drive to a music store so I hopped on to YouTube (which had a quite different meaning when I was a kid) and flushed out the original rendition of My Boomerang Won’t Come Back complete with a video.
The verdict? Jim and Fred chorused, “It’s a terrible song. It might offend some people but it probably shouldn’t be banned. But please, Charlie, we never want to hear it again.” Once more, out of the mouths of babes. I was about their age when that song was catchy and funny, and now although a vast reach of time and technology separates me from the boys we all agree completely on the right to play it and on the right not to listen.
Note to anonymous middle management ABC bureaucrat. Listen to the kids. Lift the ban and then never play that song again.
Posted by Robert Messenger at 00:15

True, that Charlie Drake song is awful, but far far less offensive than the unnamed listener who might seek to prevent me from listening to it. I actually quite like Barry Manilow!