"Ilion is Remington and Remington is Ilion": An End to Typewriter Ties with New York Village? 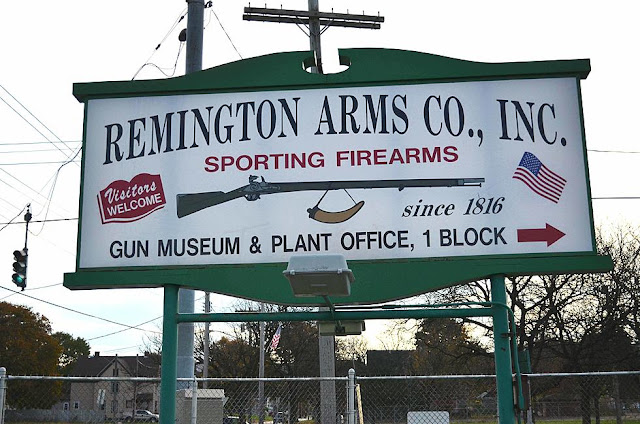 An Associated Press story about the possible closure of the sprawling Remington factory in Ilion, New York, got a run around the world today. It referred, of course, to a “gunmaking tradition stretching back to the days of flintlock rifles” (1816), but there was no mention of Ilion also being the birthplace of the typewriter industry. 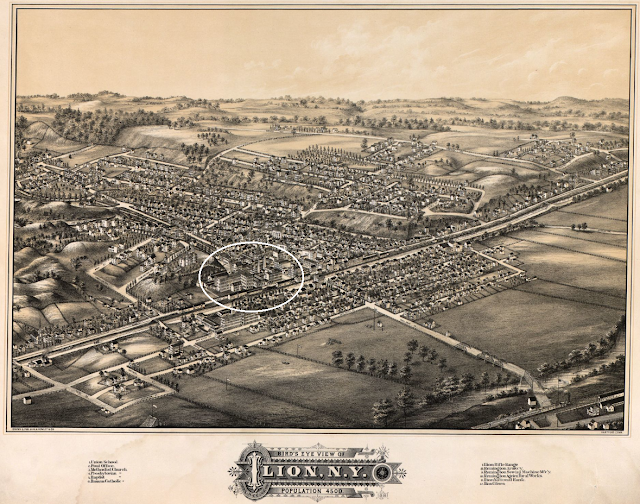 This 1881 illustration of Ilion shows the Remington factory with, on the left wing, the sewing machine and typewriter works. Ownership of the typewriter plant was sold for $190,000 on March 29, 1886.

The Remington Outdoor Company fired 600 workers this week, after seeking bankruptcy protection for the second time in two years. The AP article said, “It’s common for people here to say that Ilion is Remington and Remington is Ilion”. The gunmaking plant, which dates back to 1828, was established after the Eerie Canal was opened in 1825. E. Remington & Sons was formed in 1856. Over the next 20 years the plant was expanded to make sewing machines, typewriters, farm implements and bicycles. On April 22, 1886, the company went into receivership with assets of $1.712 million and liabilities of $1.256 million. On March 29 the typewriter interest had been sold for $190,000 to Clarence Seamans, William Wyckoff and Henry Benedict, who continued to manufacture in the existing works in Ilion. 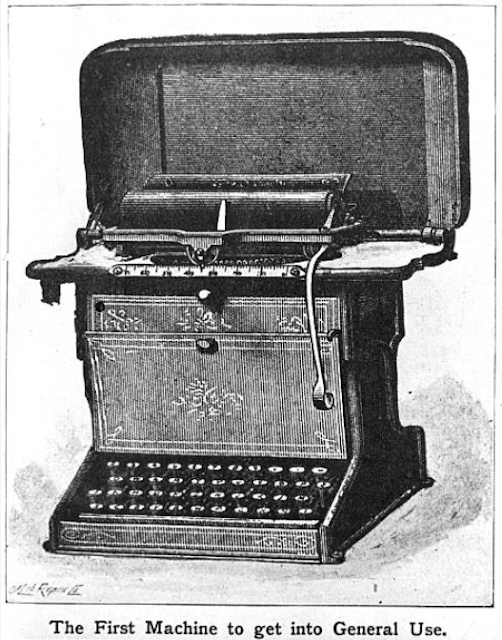 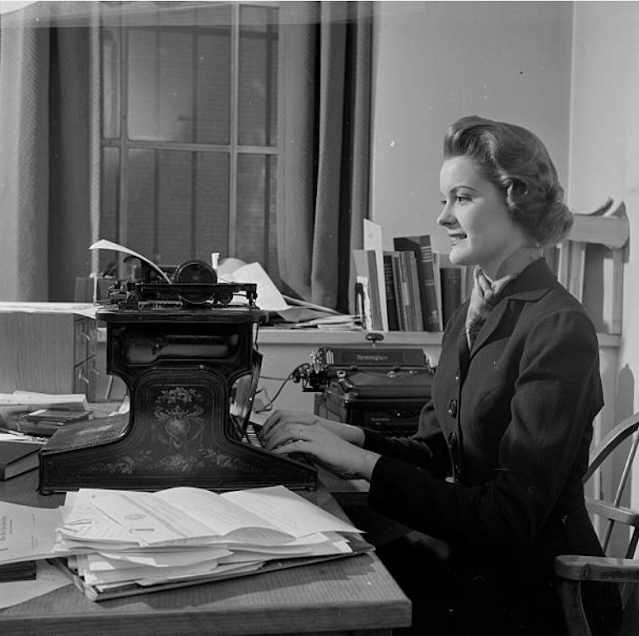 The Sholes & Glidden still in use in 1950, 76 years after first reaching the market. 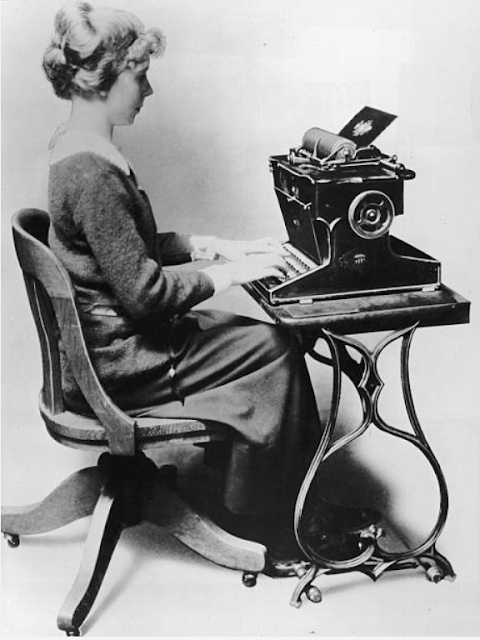 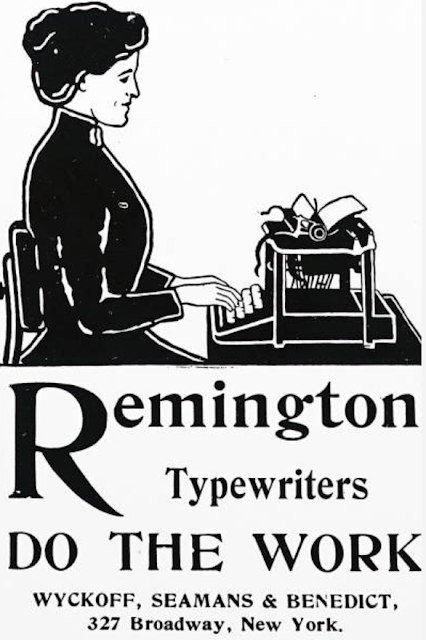 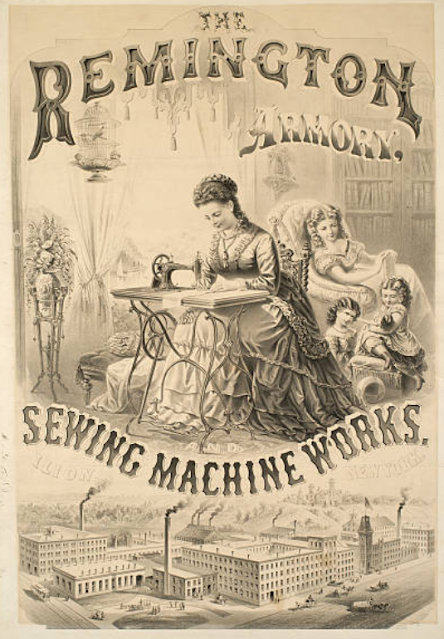 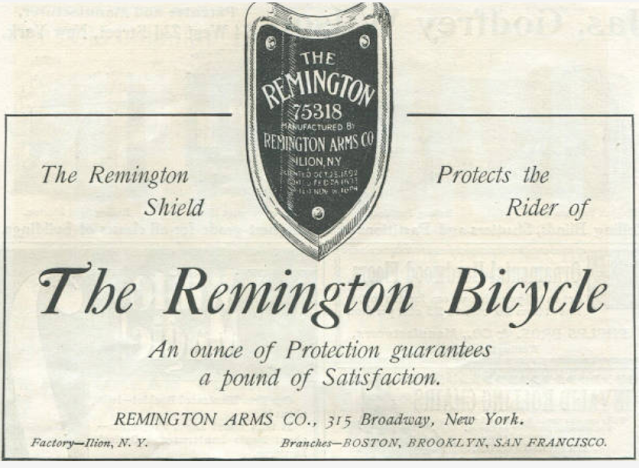 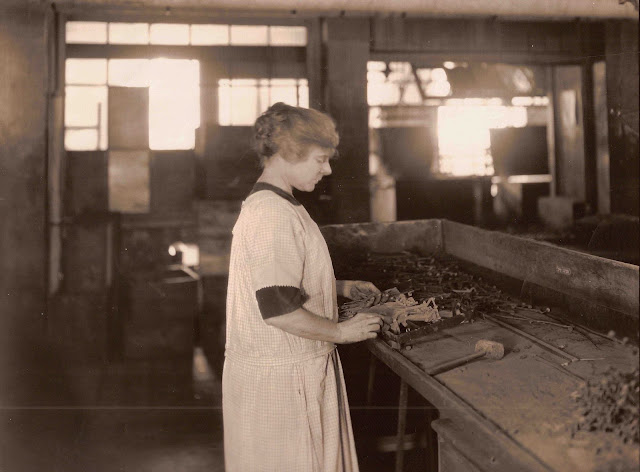 Assembling typewriters by hand at Ilion. 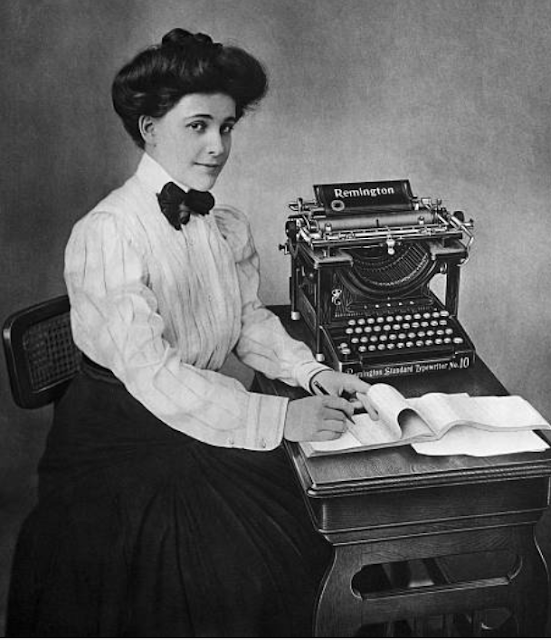 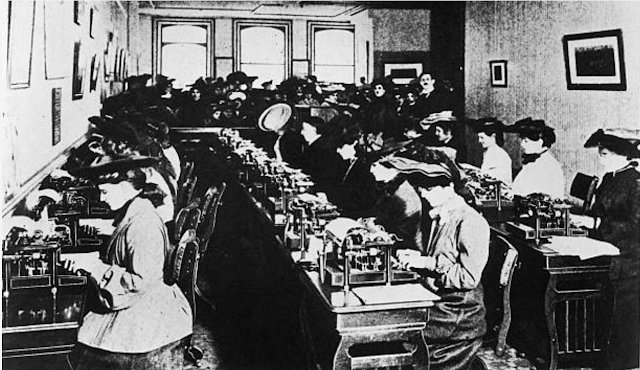 Posted by Robert Messenger at 10:41

I learned something new; Remington made bicycles.