A Tale of Three Lexikon Typewriters 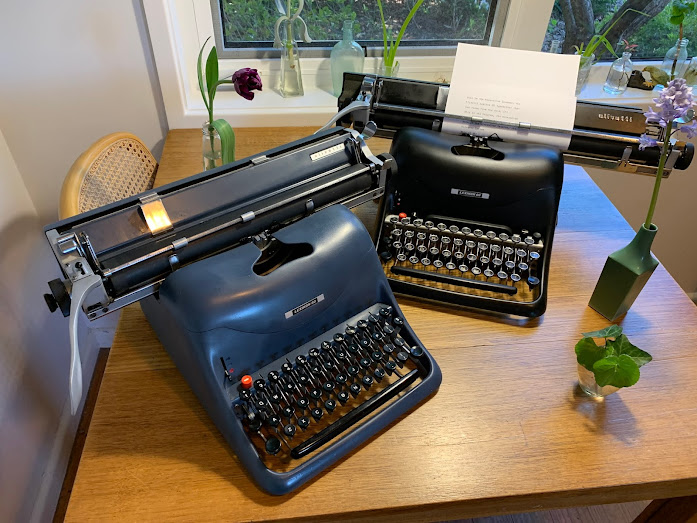 The best way to approach telling this story of typewriter transplants and saving the life of a typewriter is to label the three Olivetti Lexikon 80s involved as A, B and C.

A is Glasgow-made, serial number 54217, 38.5cm platen. This is the machine I was given by a retired astronomer in November 2018. It was in a terrible mess and had some keytops missing. I was able to restore it to full health the next month, and, as a temporary measure, gave it a new set of Olivetti keytops (white, as it turned out).

B is an almost identical model, also Glasgow-made, serial number 54710, but with a 46.5cm platen. In March 2020 I found this machine in an op-shop in Canberra. Although it was in fair condition, I decided to use it as a spare parts machine, as I had already fully restored A. I bought it primarily for the keytops for A. 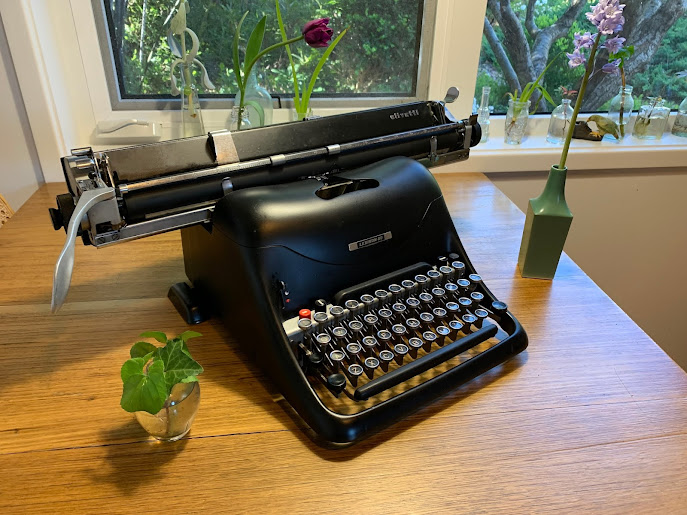 C is Ivrea-made, serial number 2096861, 43cm platen. This machine arrived here in May this year and was, as outlined in previous posts, in a shocking state – not the least of the problems being a large, rock-hard wasp’s nest built on to the carriage. This is the machine I have dubbed Lazarus, as, from hanging on to dear life by a very thin thread, it has now been brought back to sparkling good health from the brink of death.

There were enough parts of B in reasonable condition to undertake a transplant procedure to get C into presentable condition. I wanted to keep C’s keyboard with its nickel key rings, as well as the paper plate with the embossed trade name. I repainted C’s mask and ribbon spool cover, added new, firm boots front and back (from B), and cleaned up C's innards sufficiently to feel confident that, with a carriage section reattached, I’d have a working typewriter. The carriage section of C, however, looked almost beyond saving, so I used B’s wider carriage component. The paper plate from C was slightly shorter than B’s but I managed to clamp it in properly. Everything went together smoothly. 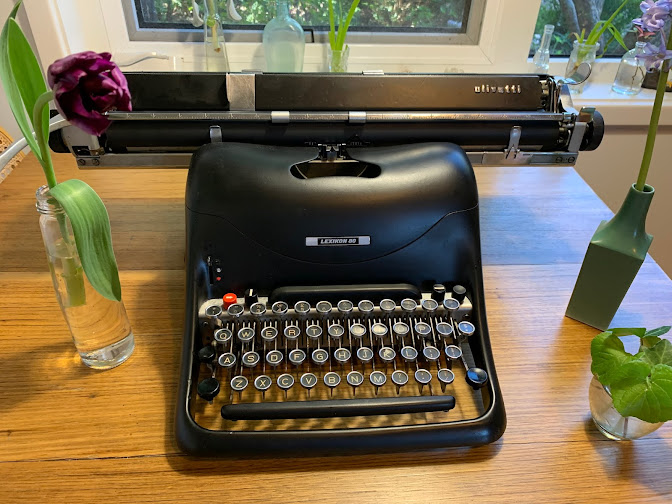 There were a few other things I would have liked to transplant, such as the paper bail from C, because the bail rollers on the B carriage were worn. But C’s bail was much thinner than B's and too short. I did switch the little knob on the line spacing lever from C, and replaced a tabulation button on C from the B machine.

Once I started typing on C, however, I found the “o” and the “t” were dropping way below the line of typing. First I tried changing the springs attached to the typebar levers, as to the naked eye it looked to me that on the two problem characters the springs were slightly stretched. But this made no difference. After poking around the segment and the levers underneath, it suddenly dawned on me that the type slugs themselves might be out of position. Sure enough, this proved to be the case. So I removed them both and repositioned them properly. Problem solved. The “o” got a wee bit bent in the process but that’s now been fixed, too.

Now that I’ve completed this work, I’m starting to think that, with a few keytops (or even substituting spare key tops from another machine) I could rebuilt B as well. The carriage component from C will need a lot of cleaning up, but it’s possible I could finish up with three Lexikons, all in good working order. 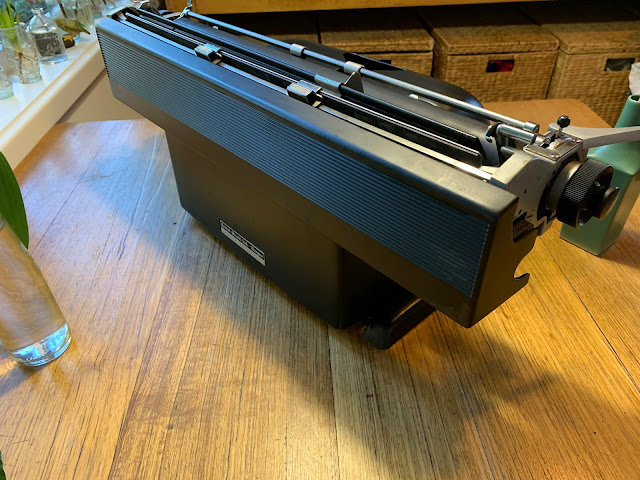 Posted by Robert Messenger at 19:47

Sounds like you have quite a challenge on your hands. With your mastery of typewriter restoration I do believe you will succeed.

They sure look good in black.

Great story all around. That there might be even more to come makes it even better. Thanks for sharing!