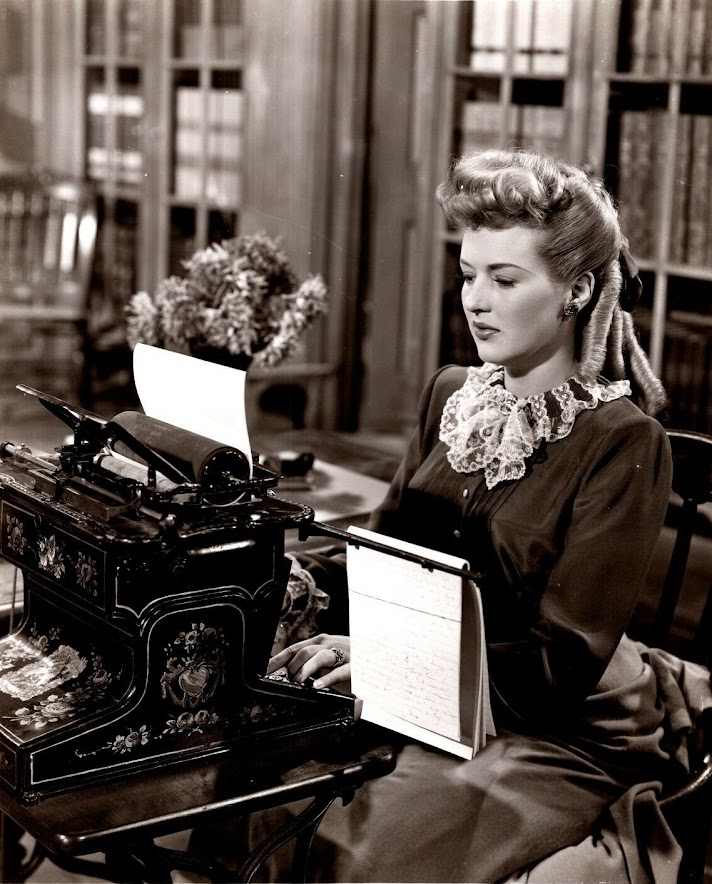 Syndicated movie critic Harold Heffernan reported in his “On the Flicker Front” column, published in a string of newspapers across the US in 1945, that 20th Century-Fox had struck a deal with Remington Rand to use one of Remington’s most prized possessions, in a film called The Shocking Miss Pilgrim. Remington had removed a pristine, fully decorated 1874 Sholes & Glidden typewriter from its place of pride in the company’s Ilion, New York, museum to be used in Hollywood by a number of actors, most notably by 20th Century-Fox’s major box office star, Betty Grable. In exchange, studio boss Darryl F. Zanuck had written a passing reference to Remington into the script and Grable was made available for cross promotional work - she appeared in Remington newspaper and magazine advertisements which were tied in with the movie’s release. 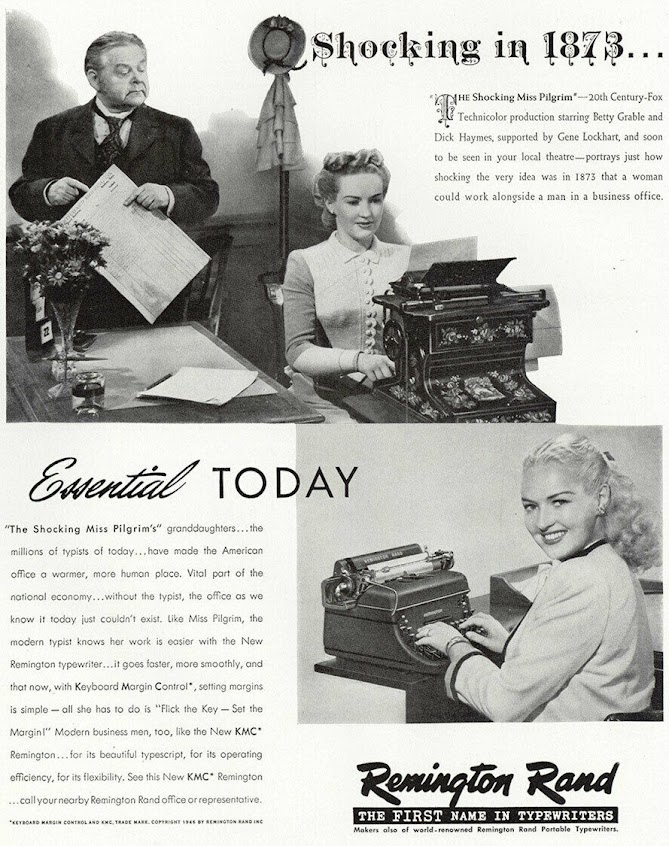 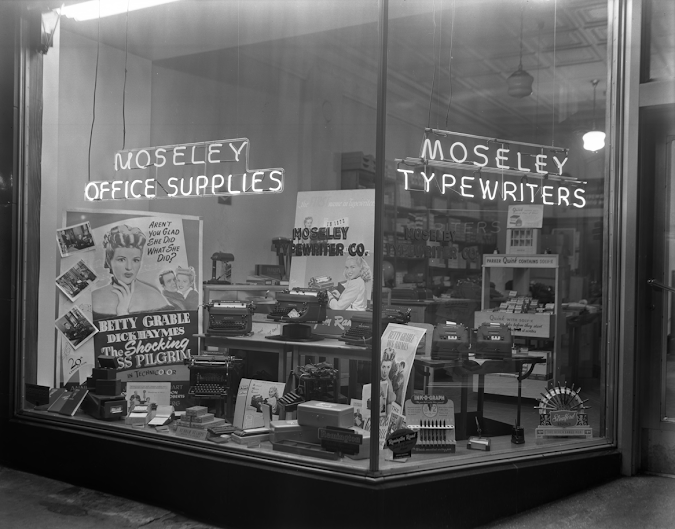 The typewriter Remington rented out to the studio was in its original state and in great working condition, as Grable amply demonstrated. The first thing she typed on it in the movie was an address, all in caps of course. And Grable showed how she had to lift the carriage in order to see what she had typed. But, then, what else would one expect from the young woman The Shocking Miss Pilgrim maintains is the leader among “the first typewriter graduates in the world”? A world, Ms Pilgrim says, in which women are the best typists. What great care she takes of her Sholes & Glidden in the movie - gently blowing off the straw that had protected it in the crate which had carried it from Ilion to Boston in 1874 film fantasy (it had actually gone from Ilion to Hollywood in 1945 wrapped in velvet). And in reality, it was multiple Oscar winner Thomas Little and his assistant Al Orenbach who were in charge of the Sholes & Glidden, among other, much less precious set props, while Australian Orry George Kelly was in charge of costumes. Viewers, crew and cast only caught a glimpse of eight inches of the right ankle on Grable’s famous and heavily insured legs. The Sholes & Glidden was on a treadle base, but viewers didn’t get to see much of its legs at all. 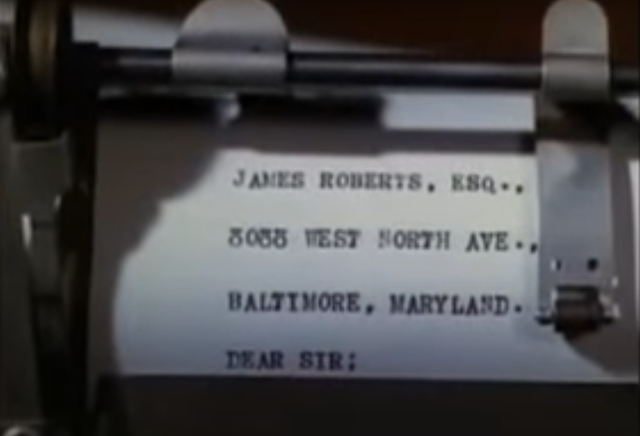 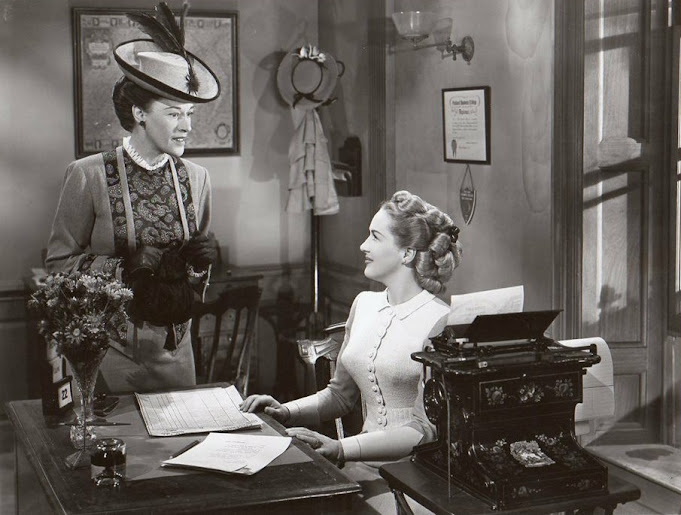 Grable began practising typing on the Sholes & Glidden in the second week of December 1945 – at a time when the film crew had taken to calling the typewriter “Rosie” (see the decorations). “The studio is making as much fuss over the typewriter as they are over their star,” wrote United Press’s Virginia MacPherson from Hollywood on Christmas Eve. MacPherson quoted The Shocking Miss Pilgrim’s director George Seaton as saying, “It’s a valuable museum piece. We had to rent it from the Remington company on an iron-clad condition that nothing would happen to it.” Zanuck insured it for $5000 - $76,000 in today’s money, and hired a man specially to keep an eye on it for Little and Orenbach. Grable said she wasn’t an experienced typer and was glad touch typing wasn’t in use in 1874. 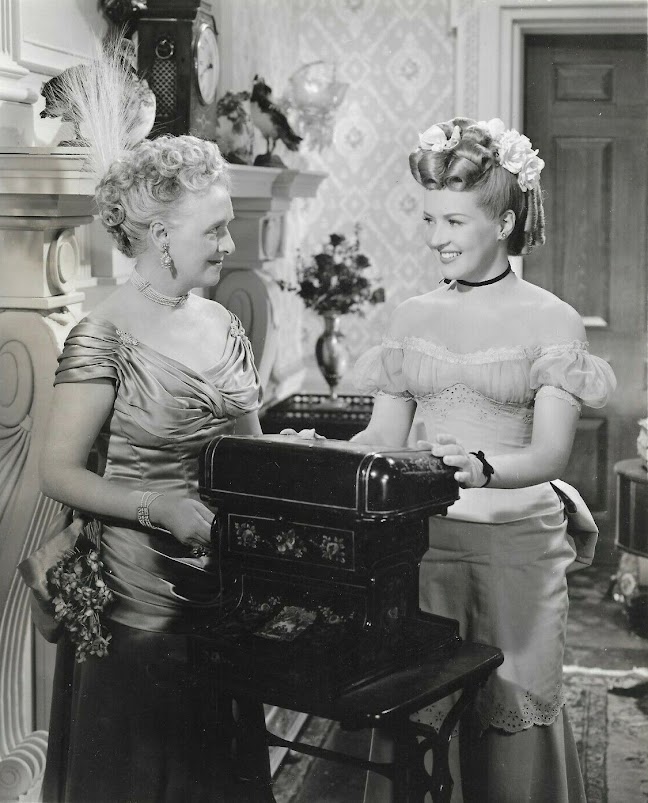 The final screenplay was written by Seaton from Zanuck’s heavy reworking of a story called Miss Pilgrim’s Progress by Frederica Alexandrina Sagor Maas and her husband Ernest Maas. The couple had sold their tale to 20th Century-Fox for $8000 in October 1939, more than seven years before the movie’s release. (In her 1999 autobiography, The Shocking Miss Pilgrim: A Writer in Early Hollywood, written when Frederica was 99*, she said the price was $15,000, when the couple had expected more than $25,000, but documents in the 20th Century-Fox Records of the Legal Department and the 20th Century-Fox Produced Scripts Collection at the UCLA Arts-Special Collections Library say $8000 was the price. *Frederica Maas died on January 5, 2012, from natural causes, at the Country Villa nursing facility in La Mesa, California. She was 111½, at the time the 44th oldest verified person in the world.) 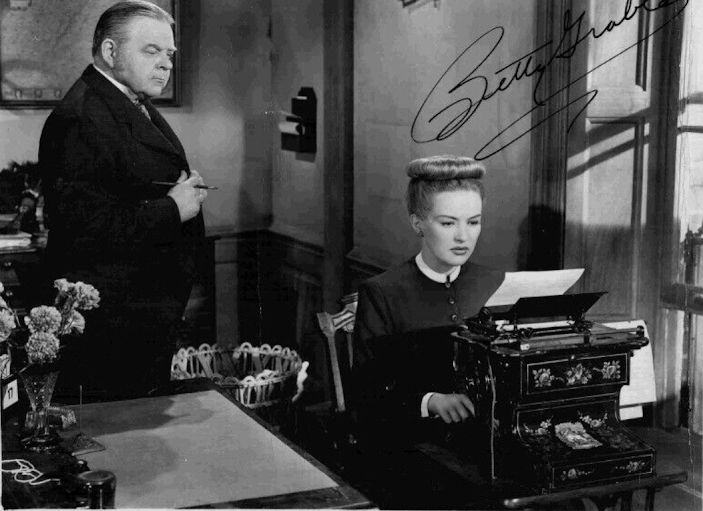 Frederica Maas had been working for a year in charge of the story department at Edward Small’s agency when she and Ernest started to develop the idea of a tale involving typewriter inventor Latham Sholes and the introduction of the typewriter by Remington in July 1874. Interestingly, the movie begins with a full-screen caption saying the story starts on June 10, 1874, three weeks before the Sholes & Glidden was actually launched on the market. The caption says June 10 was the date when “women became free – or at least independence winked at them for the first time. Not because Congress passed a law but because of the newly invented typewriter which was called most impractical - and a handful of daring young ladies who were called any number of things.” 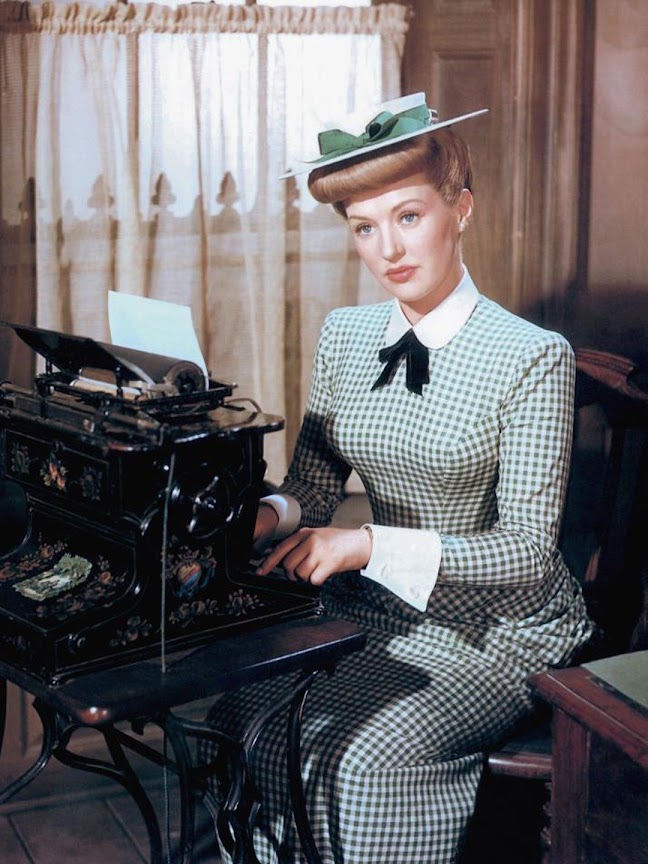 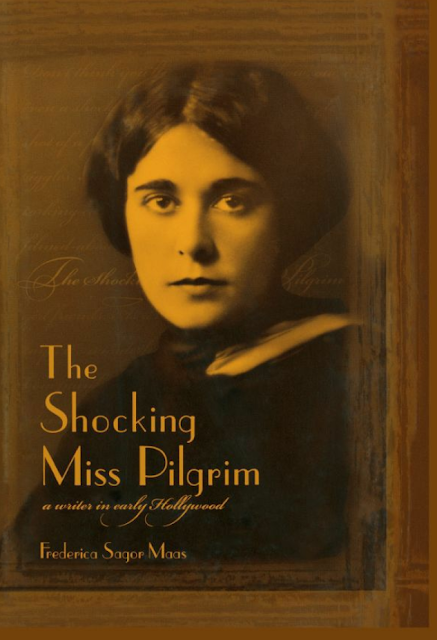 Okay, it’s not only historically inaccurate, it makes no sense. The inaccuracies date right back to Frederica Maas’s original 1939 story. In The Shocking Miss Pilgrim: A Writer in Early Hollywood, she said Sholes invented the typewriter in 1873 (which is actually the year the rights to make it were taken up by Remington) and that Sholes exhibited it at the Chicago World’s Fair. The Chicago World’s Fair didn’t occur until 20 years later, in 1893, and it was the Blickensderfer typewriter which was launched there. Maas in her 1999 book also said the story was written in 1941. But by then the Maases, their agent Paul Kohner, and his story department head Irene Dickenson, had already hawked the story to the likes of RKO, MGM and Columbia. Norma Shearer, Ginger Rogers and Celeste Holm had been mentioned as possible leads. It was passed about before 20th Century-Fox finally purchased the screen rights in 1939. At least Maas got Sholes’ name right, unlike some typewriter ‘historians’, who still insist on calling him Christopher Sholes. She said she and Ernest “had been seriously researching the subject and finding it had intriguing possibilities: the invention of the typewriter and its social and economic influences on the world of business.” 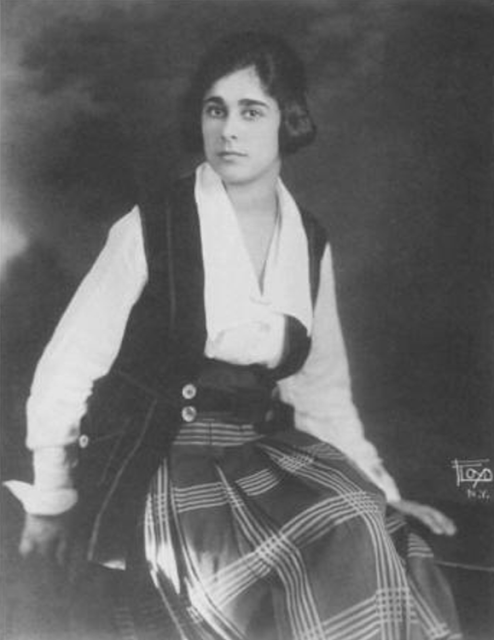 The typewriter was, Maas wrote, “a machine strangely resembling a sewing machine, with a treadle to work the carriage, and printing only in capital letters”. Miss Pilgrim’s Progress emerged as “the tale of a young woman entering the field of business, hitherto strictly a male domain. Our heroine is hired to demonstrate the miraculous invention in the window of a New York Wall Street establishment. The historical consequence of that momentous day was the eventual disappearance of male scriveners and their tall writing desks, their office spittoons, their exclusive occupation and domination of the clerical aspects of business. All vanished, to be replaced by tables holding the fantastic treadle typewriter machine, magically manipulated by pompadoured females in high-necked starched shirtwaists tucked into full-length sweeping skirts over double petticoats. Yet the lofty male scriveners had no one to blame but themselves. Smug in the belief that the business terrain was securely theirs, they scorned the novelty machine and refused to learn to operate it.” 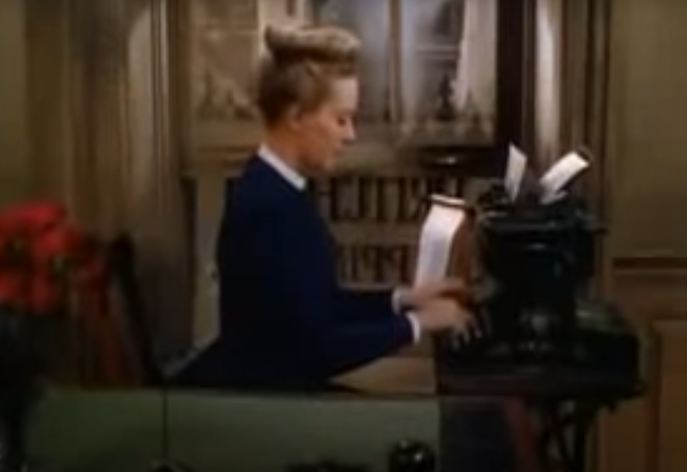 After 20th Century-Fox had acquired the rights to Miss Pilgrim’s Progress, studio screenwriters worked on the project from 1940, starting with Robert Ellis and Helen Logan, then Darrell Ware and Karl Tunberg (below, with IBM typewriter) and Samuel Hoffenstein and Betty Reinhardt. Even then it was only after producer Bill Perlberg saw Jeanne Crain and crooner Dick Haymes in State Fair in 1945 that he decided to bring the two back together - and dug Miss Pilgrim’s Progress out of the studio’s vaults. Crain didn’t hold on to the lead role for long, as Zanuck opted for Grable to star opposite Haymes. Meanwhile, lyricist Ira Gershwin, working with composer Kate Shift, was going through a notebook of unpublished melodies left by his composer brother George, who had died of a brain tumour in July 1937.  Ira put the words to George’s tunes for what was shaping as a romantic musical (to the considerable chagrin of the Maases – Frederica was later to describe it as “The Desecration of Miss Pilgrim’s Progress”. She said it was “another stupid boy-meets-girl Zanuck travesty”.) The movie was finally released on January 4, 1947. (Marilyn Monroe made her film debut as the uncredited voice of a telephone operator). 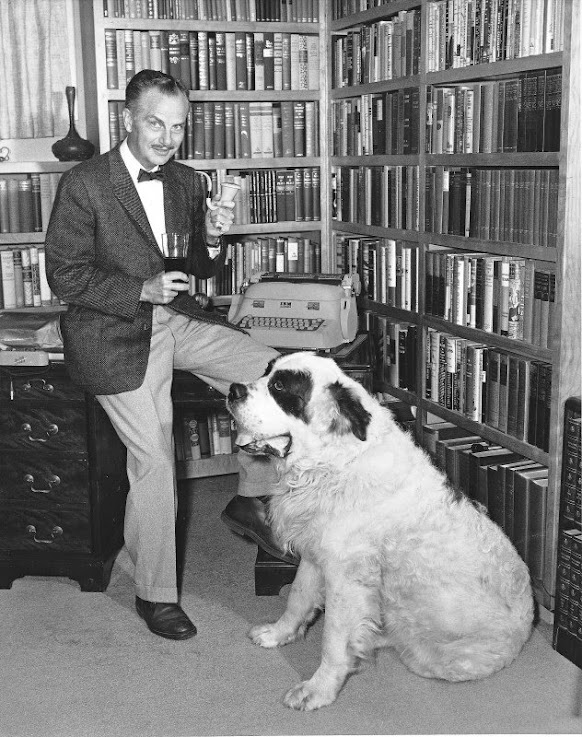 The Zanuck-Seaton screenplay stuck to the facts in as much as Packard’s Business College did exist in New York in 1874. It was based in the Methodist Building at 805 Broadway. The movie begins with Cynthia Pilgrim being among a group of women included in a graduating class of typists. Remington’s representative hands out the positions secured by each graduate, and Miss Pilgrim goes to a shipping company in Boston. She ends up running the “Boston Academy of Typewriting”. The original Maas story is about an Abigail Pilgrim, and Frederica said in 1999, “It had the same potential as Bernard Shaw’s Pygmalion … It was a good yarn. It still is. With its basic idea of women entering the workforce, it would have made a great picture … It had limitless, rich possibilities, and both Ernest and I knew it.” 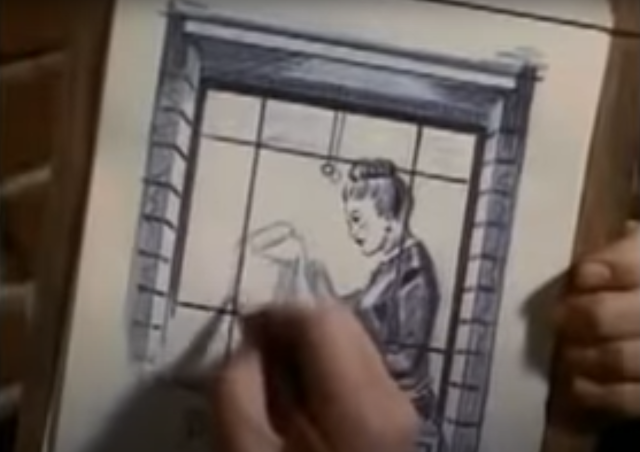 The hero of Miss Pilgrim’s Progress initially falls in love with the typewriter the machine, not the typewriter the woman (“She is merely an adjunct to it,” wrote Maas later). He then teaches the heroine shorthand, much like the real-life Longleys. Then there is a tragedy with striking similarities to the 1894 mystery of ‘typewriter’ Martha Fuller’s death. Indeed, given the Maases obviously did do their research, Miss Pilgrim’s Progress may well have been inspired by the real-life Mae E. Orr, a champion speed typist and typing teacher who ultimately became a director at Remington, largely because she knew where the cupboards with all the skeletons were. There’s a scene in the movie (above) of a man making a sketch of Miss Pilgrim typing, just as there was in a very early Remington advert featuring Miss Orr. The Maases had certainly produced a story which was way, way closer to reality than the Zanuck movie portrays. One is chalk to the other’s cheese. For all that, I thoroughly recommend watching the movie, which is available on YouTube (you can skip through the musical interludes). (*The Longleys, Martha Fuller and Mae E. Orr have all been thoroughly covered on this blog.)

Posted by Robert Messenger at 20:11

Maybe inaccuracies in the movie, but it is nice to see a pristine Sholes & Glidden in use in a movie.

I confess I still haven’t seen the movie. Thanks for the background!

To avoid the possibility of someday being labeled a 'historian,' in quotes, I'll confess that I don't understand the reason for the declaration that referring to Sholes as 'Christopher Sholes' is an error. Did he always use all three names? In the US, at least, the middle name of historical figures is often omitted unless the personage made a practice of always including it himself or herself, or in the case of notorious murderers.