Lazarus, the 1950 All-Black Olivetti Lexikon 80 That Came Back From The Dead 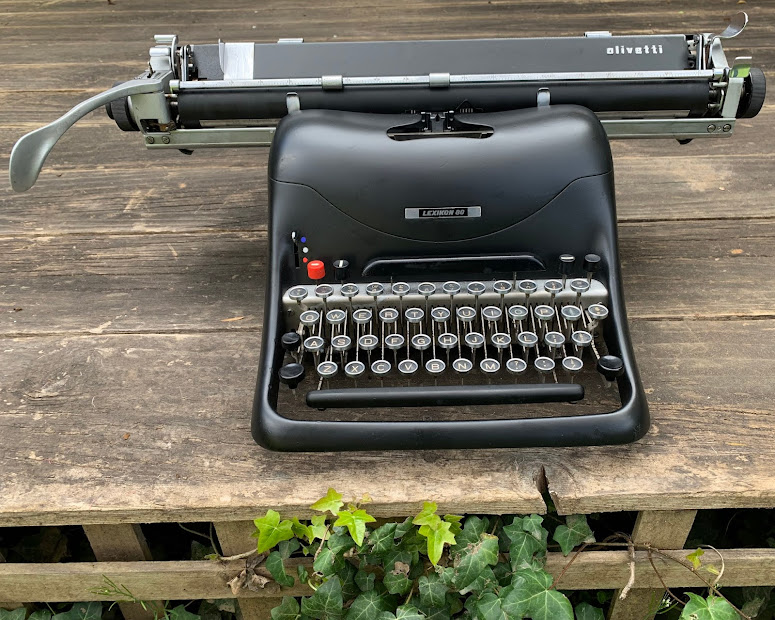 Less than a week ago, nothing worked. The carriage refused to move (after all, it had a very large concrete-hard wasp's nest stuck in it). The shift keys wouldn't budge, the typebars stayed put. The innards were full of rust and densely thick rubbish. To paraphrase the Monty Python Norwegian Blue parrot skit, it was stone dead, definitely deceased; it was demised, it had ceased to be, it had expired and gone to meet its maker; it was a stiff, bereft of life, resting in peace, its metabolic processes were history; it was off the twig, it had kicked the bucket, shuffled off its mortal coil, run down the curtain and joined the choir invisible. This was an ex-typewriter.

Now it's like Lazarus, it has risen from the dead. It has been reborn. It's typing beautifully. It's a 1950 (serial number 2096861) Ivrea-made Olivetti Lexikon 80 and it was worth all the effort. 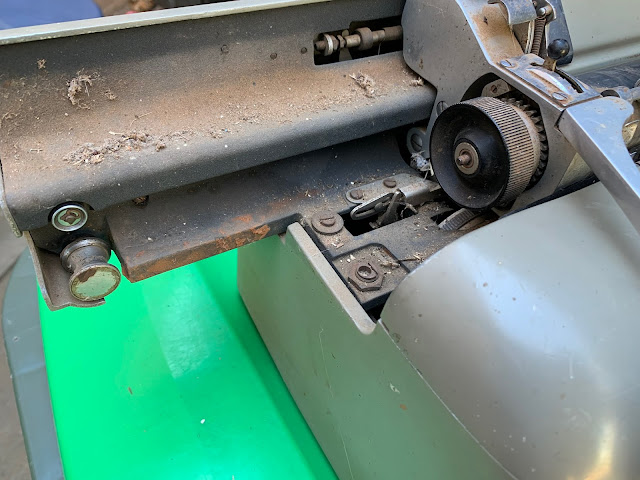 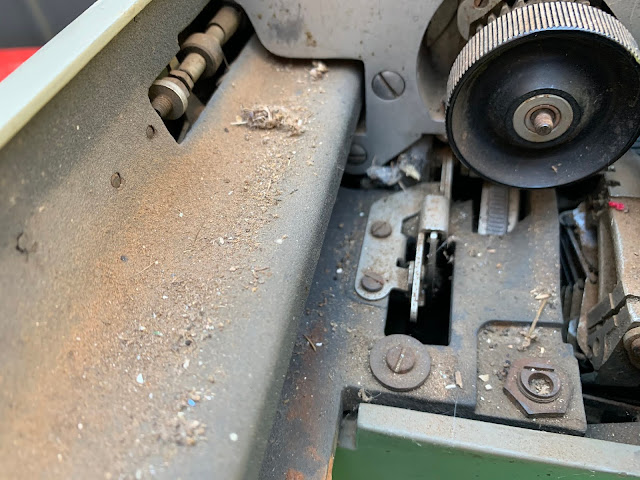 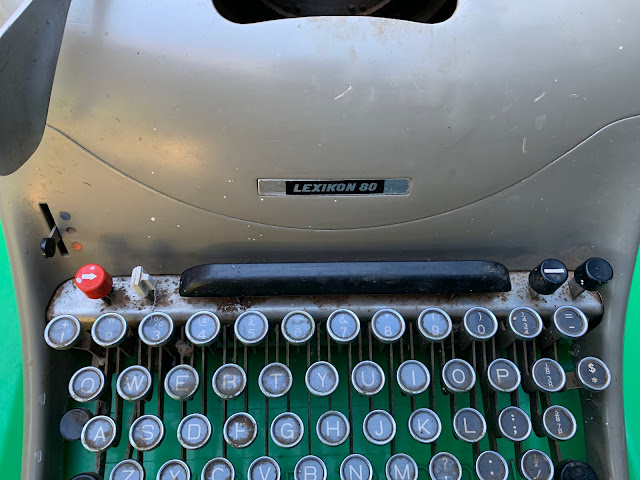 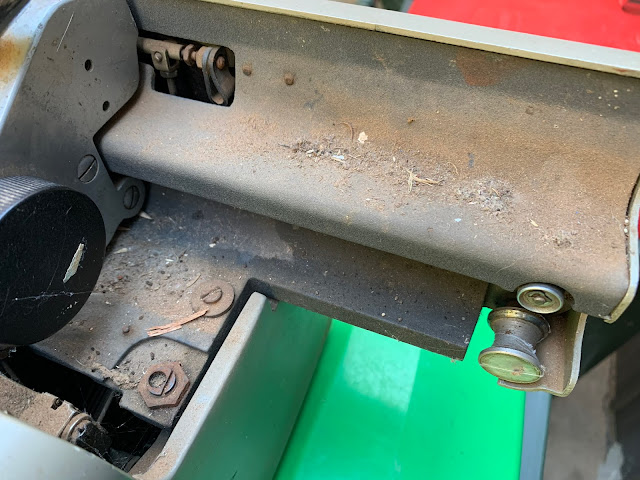 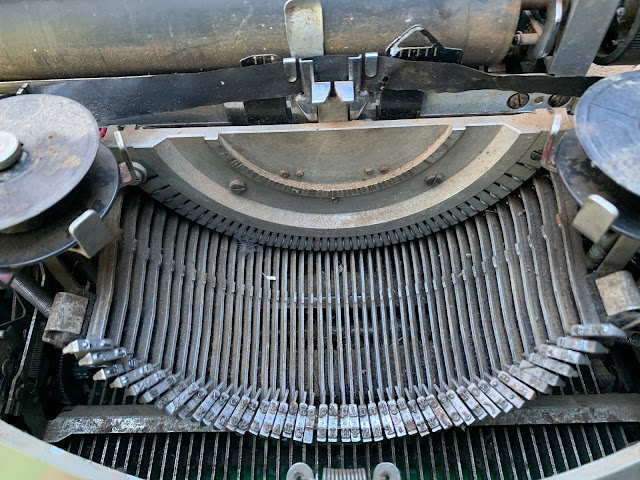 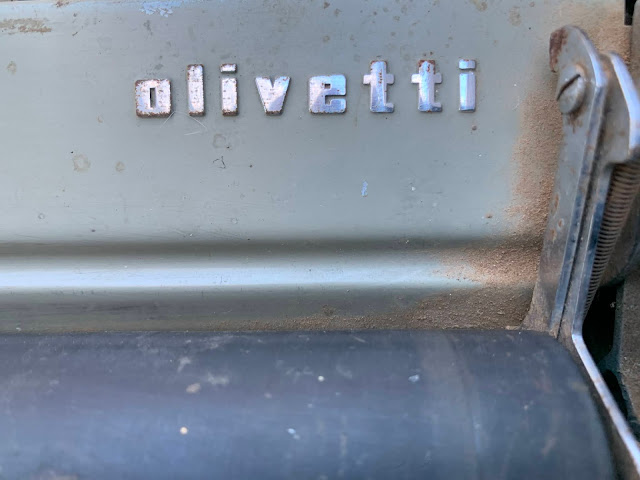 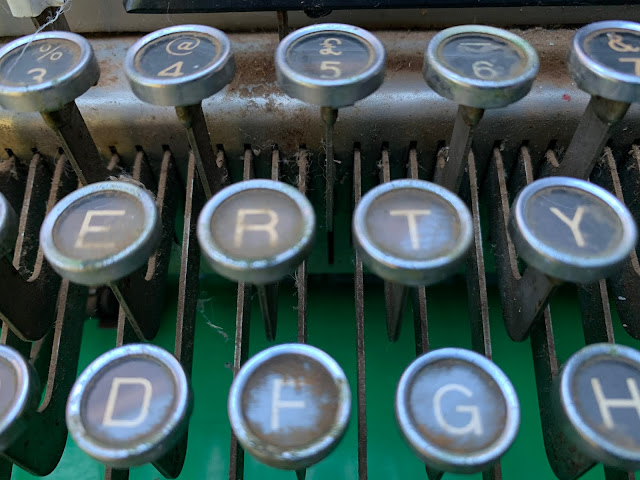 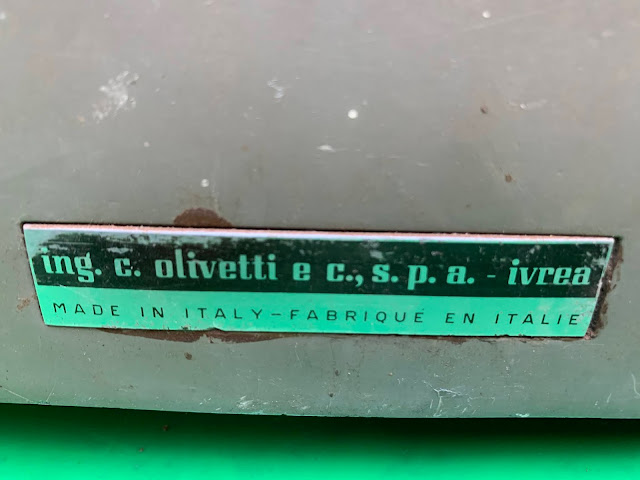 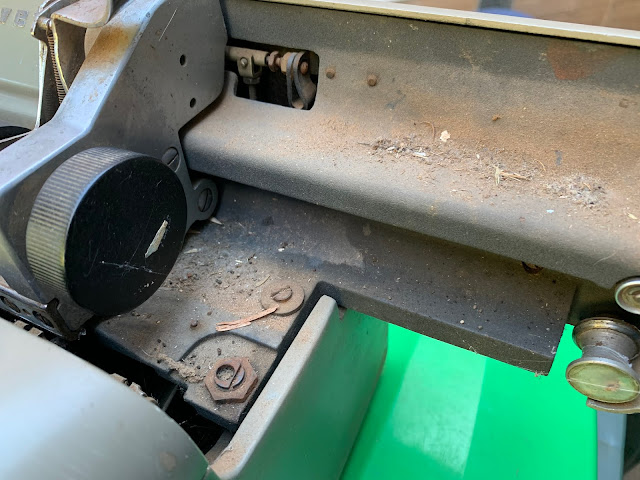 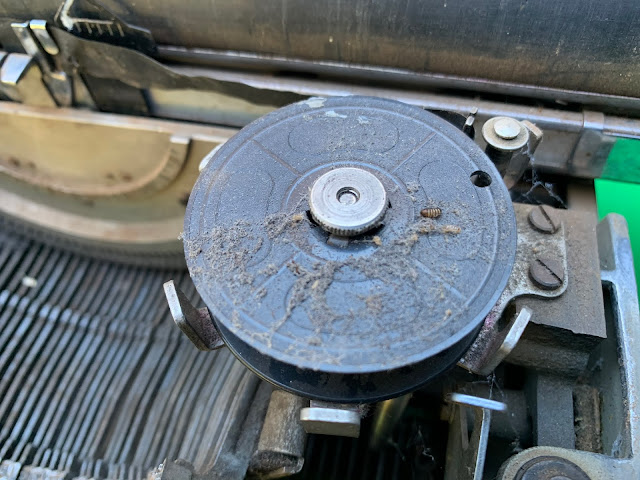 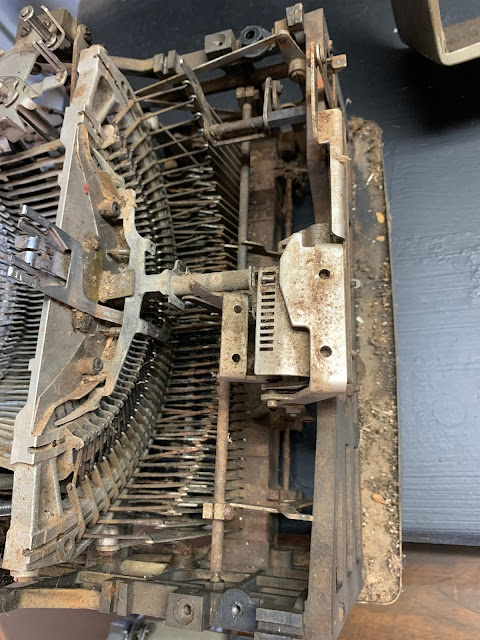 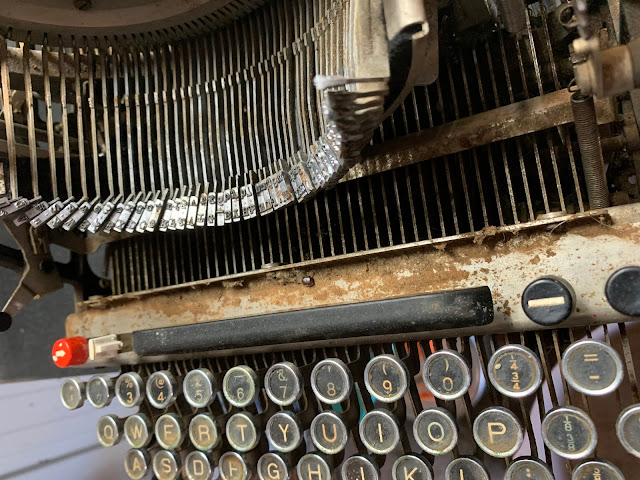 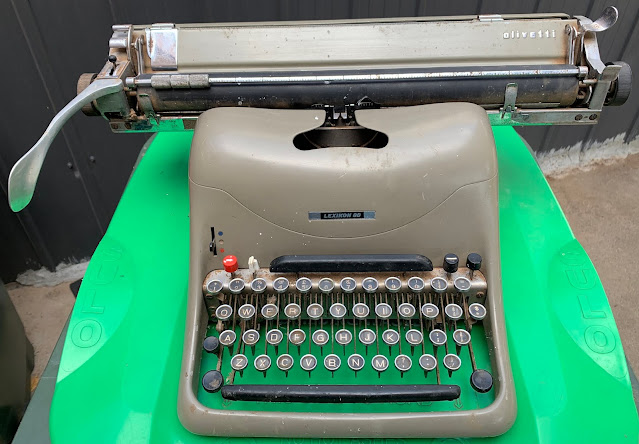 Below, after the first first wash: 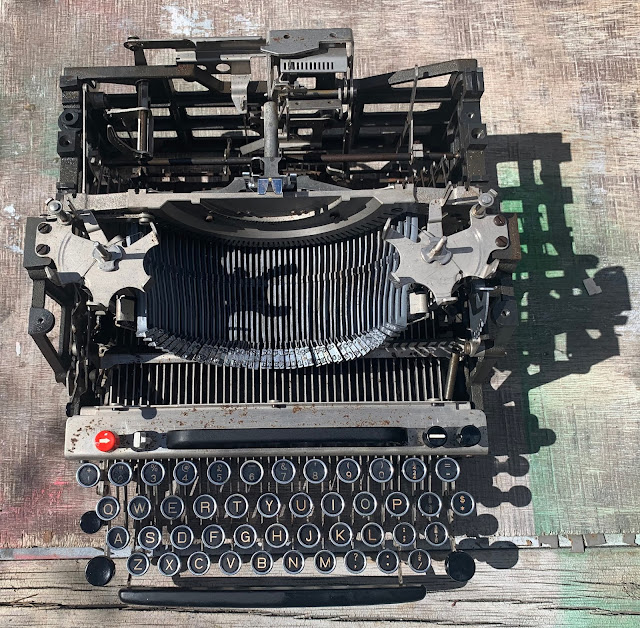 Posted by Robert Messenger at 15:52

Congratulations! Proof of your excellent restoration skills and Richard Polt's priase of the Lexicon 80.