The Sleazy Scottish Traitor: A Remington Portable Typewriter For A Japanese Spy 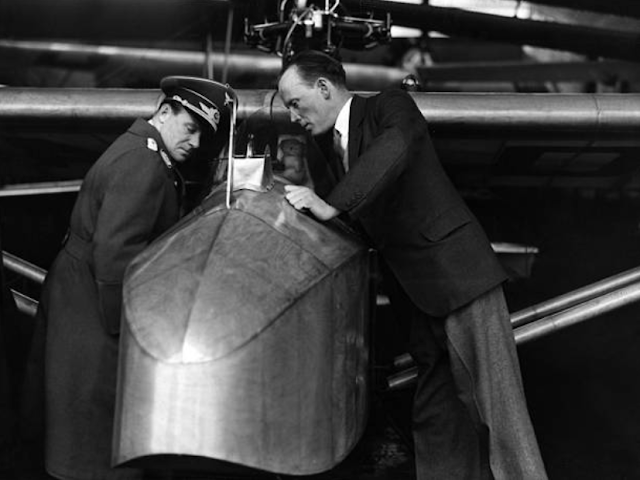 Bill Sempill gives German aviator Ernst Udet a look
at the controls of a British aeroplane in 1936.
There was American blood on the hands of the man who was gifted the first “all-Scottish” Remington Rand portable typewriter. Australian and New Zealand blood, too. Remington Rand directors presented the portable, the first to be fully British-made, to Lord Sempill of Craigievar in the House of Lords in London on June 28, 1950. The typewriter had been built at Remington Rand’s factory in Hillington, Glasgow, which was opened in October 1948 after $2 million worth of manufacturing equipment had been shipped on a Norwegian freighter across the Atlantic from the company’s Syracuse plant. 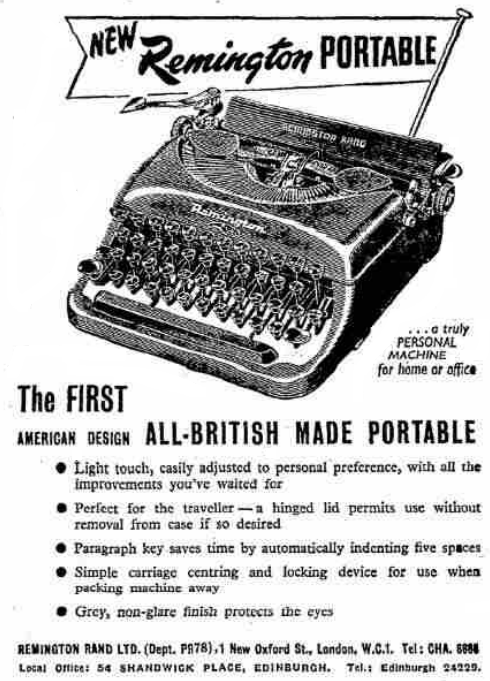 Outwardly, for the benefit of the reporter from The Scotsman newspaper who covered the handover of the typewriter, Lord Sempill expressed enthusiasm for the “immaculate streamlined grey machine”. But Sempill was no doubt seething inside. If he had had his way, Europe would have been by 1950 ruled by Fascists, and his friends in Japan would be controlling the Pacific. Tens of thousands of Americans and ANZACs died preventing what Sempill had helped the Japanese set out to achieve. A Scottish newspaper in May last year called Sempill “a sleazy traitor”. 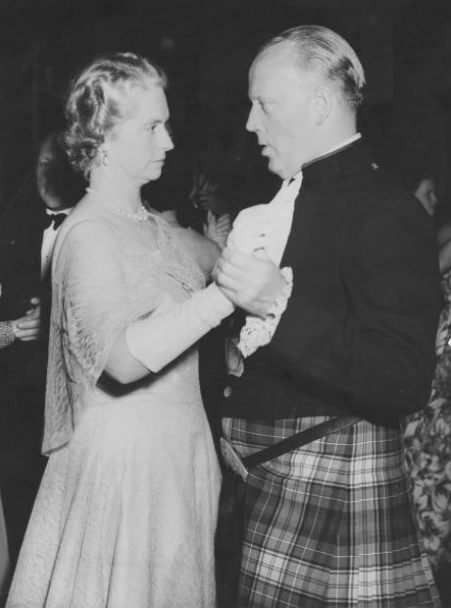 Sempill dancing with Princess Sibylla of Sweden in London in 1950.

There was enormous irony in all this. On the page of The Scotman’s edition of June 29 where an item announced Sempill’s accepting of his gift from Remington, the main photo was of General Douglas MacArthur at Haneda Airport in Tokyo. While still in Japan on occupation duties as Supreme Commander for the Allied Powers, in October 1949, MacArthur had accepted a $100,000-a-year executive role with Remington Rand. He went on to become chairman of the board. At Remington MacArthur joined Lieutenant General Leslie Richard Groves Jr, the US Army Corps of Engineers officer who directed the Manhattan Project that developed the atomic bomb which smashed Japan into submission - and Sempill’s scheming with it. Groves took up a position as general manager of Remington Rand’s scientific research division in February 1948 and went on to become vice-president of Sperry Rand. 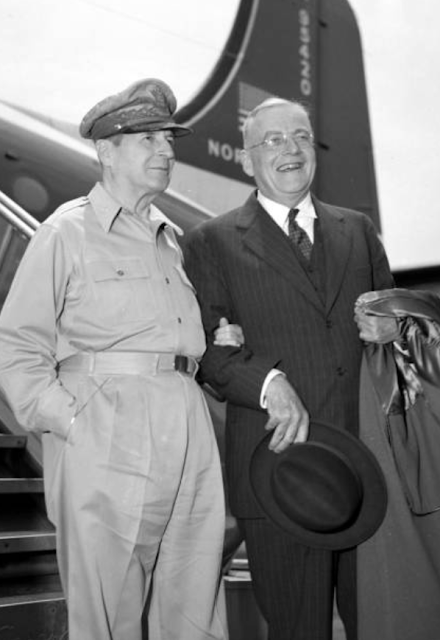 MacArthur with John Foster Dulles in Tokyo in June 1950.

MacArthur and Groves had in large part thwarted Sempill’s hopes of Japanese domination in the Pacific. And in 1950 they were both employed by the company which was giving Sempill a portable typewriter! 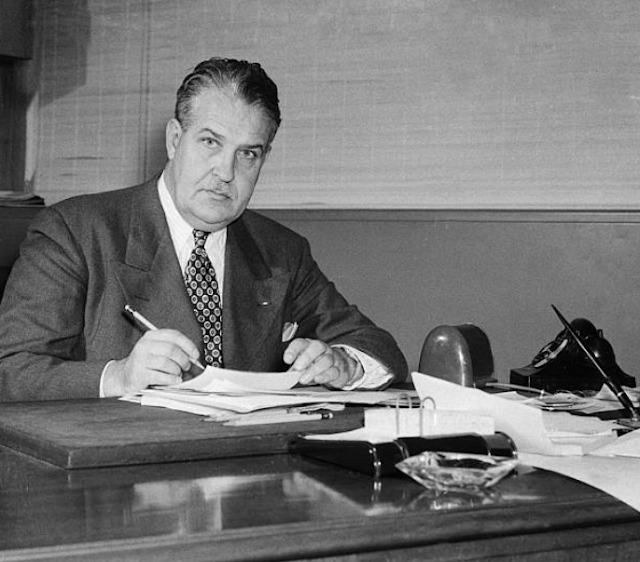 Scottish peer William Francis Forbes-Sempill, the 19th Lord Sempill, had been working for the Japanese military since 1920, initially in an official capacity but before and during World War II as a spy. His “handler” was Teijirō Toyoda, who served as Japan’s Minister for Foreign Affairs in 1941 and was an admiral in the Imperial Japanese Navy. In the 1930s Sempill was an active member of  Far-Right, Fascist and Anti-Semitic organisations in Britain, including the Anglo-German Fellowship and The Right Club, a secretive organisation trying to rid the Conservative Party of Jews. 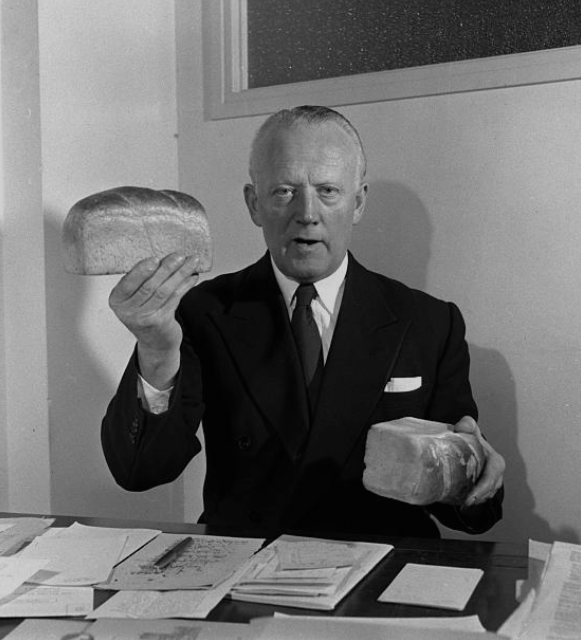 On the outbreak of war in 1939, Sempill was given a position in the Department of Air Materiel at the British Admiralty, allowing him access to secret information about British aircraft. By June 1941, MI5 found Mitsubishi Heavy Industries and Field Marshal Prince Yamagata Aritomo's Tokyo headquarters had Sempill on their payrolls and that Sempill was passing on top secret information about Fleet Air Arm aircraft. Special Branch arrested Mitsubishi Shoji’s London boss Makihara Satoru on suspicion of espionage, but Sempill got him freed. In August 1941, Winston Churchill and Franklin D. Roosevelt met in Newfoundland to discuss the military threat posed by the Japanese. Soon after, communications between the Japanese embassy in London and Tokyo were deciphered by the Bletchley Park code breakers: Sempill was suspected of giving the Japanese transcripts of the conference notes. Three months later, notes from Churchill's personal agenda and inner circle were intercepted as they were being sent by the Japanese Embassy in London to the Foreign Ministry in Tokyo. Admiralty had Sempill posted as far away as possible, to the North of Scotland, because Churchill wanted him cleared out “while time remains”. On December 13, 1941, six days after the attack on Pearl Harbor, Sempill's office was raided and secret documents were found. Two days later Sempill was discovered making phone calls to the Japanese Embassy. 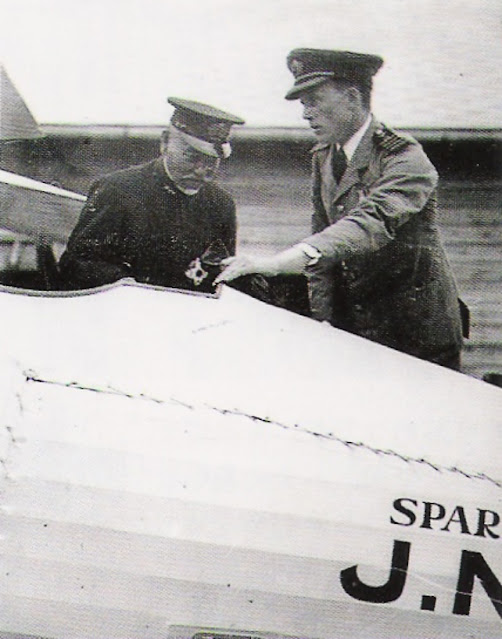 Sempill showing a Gloster Sparrowhawk to Admiral Tōgō Heihachirō in 1921. 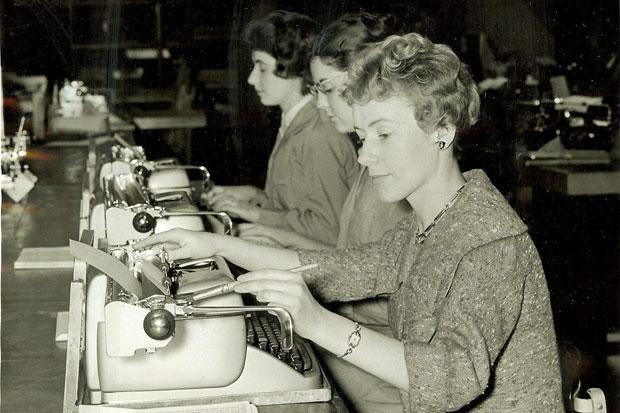 Remington standard typewriters going through quality control testing
at Hillington in Glasgow in the 1950s.

Quiet why the bounder Sempill was given the first “all-Scottish“ portable typewriter by Remington Rand was never published. It appears the presentation had something to do with a promise Remington Rand had made to Sempill in June 1949, eight months after the Hillington factory was opened, that it would have a fully British-manufactured typewriter on the market within a year.  Why Remington Rand made the promise to Sempill is not known. But it is safe to assume that, with MacArthur and Groves on its board, the company would have shied well clear of Sempill had it known of his pre-war and wartime activities.

Posted by Robert Messenger at 09:50