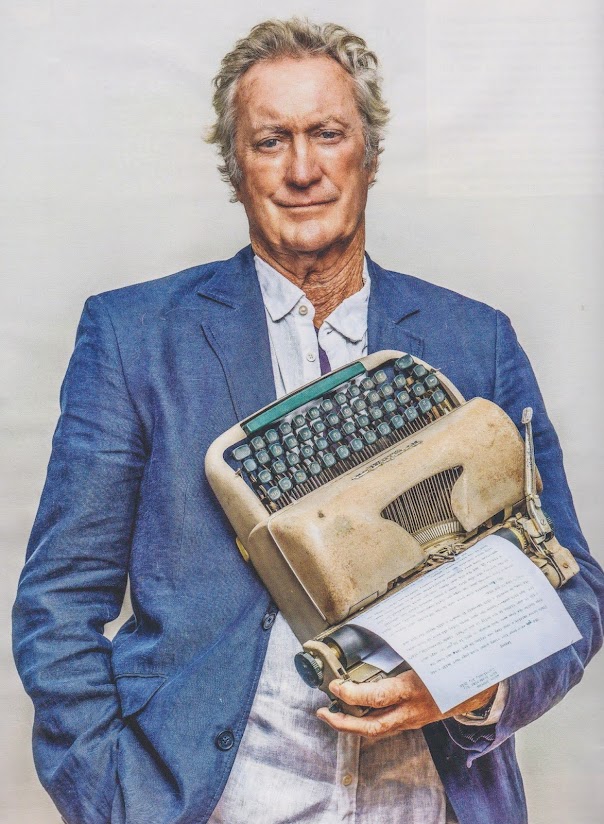 Quite why the people who put together the feature article on Australian actor Bryan Brown for yesterday's Good Weekend magazine in The Sydney Morning Herald elected to show Brown holding a dirty Remington portable typewriter is anyone's guess. The article itself doesn't mention typewriters. But it's primarily about Brown publishing a book of short stories called Sweet Jimmy. Were the stories typewritten? We may never know. Are they dirty? I very much doubt it. Whatever the case, I'd be amazed if this particular, seriously neglected typewriter had anything to do with them. 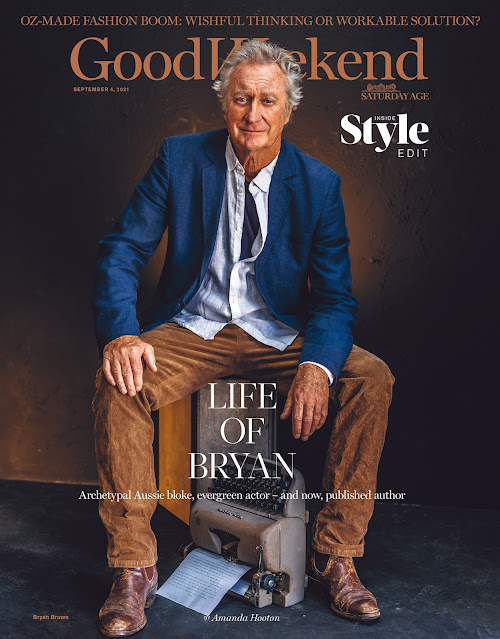 Brown, just turned 74, has graced screens large and small for more than 46 years now. Perhaps his most notable role was as Lieutenant Peter Handcock in Bruce Beresford's 1980 movie Breaker Morant, about Australian officers charged with murdering captured Boers and a German missionary in South Africa in 1901, during the Second-Anglo Boer War.  Brown co-starred with Tom Cruise in Cocktail in  1988 and was in the TV miniseries A Town Like Alice and The Thorn Birds. A popular Australian series was Old School, with Brown opposite Sam Neill in 2014. 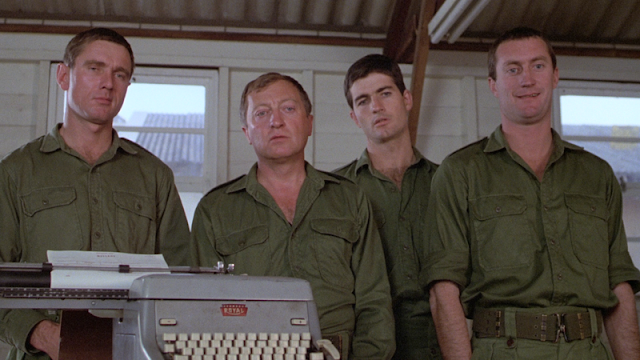 Brown, far right, in Tom Jeffrey's The Odd Angry Shot from 1979.
Posted by Robert Messenger at 09:41

I think you're right. An article in the Guardian last week highlighted a few of his favorite things - straw hat, surfboard, vintage car - there was no mention of a typewriter anywhere in it, although he did speak of doing some writing 40 years ago but didn't say what his instrument was. Does being photographed with a typewriter give one some kind of authorial street cred? Maybe. Cool pics nonetheless.

Makes for striking images, anyway. The typewriter is rumpled but happy, just like Brown.

I also read this article, partly because I always found Brown to be in entertaining productions, but on this occasion, to find some mention of that Remington typewriter. Like you Robert, I did not find any reference to the machine. Oh, well, at least it gave some publicity to an old typewriter.