Vale Jim Sheeler: An Obit for a Master of Obituary Writing 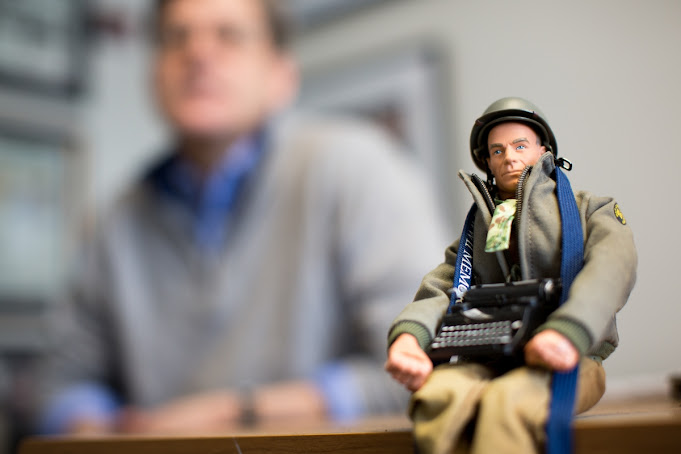 Jim Sheeler had an action figure of Pulitzer Prize-winning, typewriter-toting American war correspondent Ernie Pyle on his office desk. He told journalism students, “He’s the only GI Joe without a gun - but his weapon is far more powerful. He has a typewriter.”

On a day of vile abuse of readers’ trust by lying young reporters in Australia, it was especially sad to learn that Jim Sheeler had died last week at his home in Chagrin Falls, Ohio, aged just 53. Sheeler will be best remembered for his obituary writing, an art form now lost to many newspapers, the more so since US papers started charging for them. Of course I never knew Sheeler, but I am proud to have once worked for a man who had one of the obituaries he wrote included in a collection of some of the finest printed. This was Jack Waterford, former editor of The Canberra Times, a paper now an embarrassment of its former self. Jack’s most noted obituary was a warts-and-all tribute to the New Zealand-born journalist Bruce Juddery. On the same newspaper, an assistant editor, Crispin Hull, once allowed his computer’s spell check to meddle with an obituary Juddery had written about an Australian National University professor who was survived by, among others, a daughter called Ingrid. Juddery’s obituary appeared in print and the daughter’s name had been changed to Ingrate. Ingrid was less than grateful. 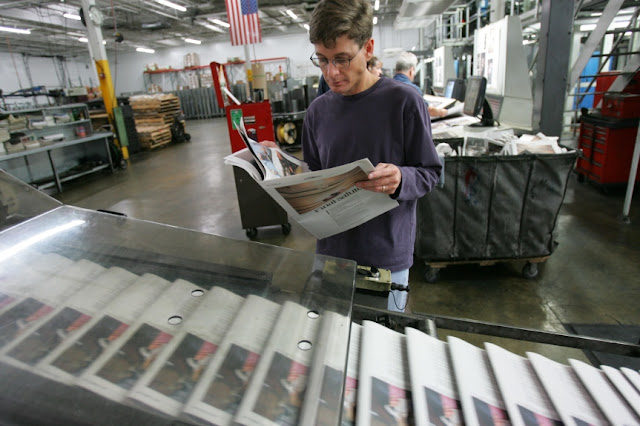 Sheeler began in journalism the same way I did in 1965, by writing an obituary. On the Case Western Reserve University’s College of Arts and Science website, Sheller, who was the university’s Shirley Wormser Professor of Journalism and Media Writing, had written of himself, “As a young boy, reading late at night with a flashlight under the covers, I revelled in stories of darkness and light. As a journalist and teacher, I continue to search for stories in the shadows, revealing everyday philosophy and wisdom hidden in people and places that are too often overlooked. As a young newspaper reporter, I specialised in narrative obituaries of people whose names had never before appeared in the newspaper, but whose stories were often more fascinating than any celebrity or politician.” 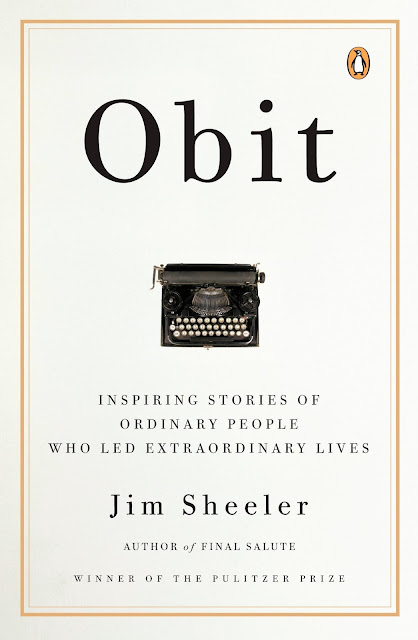 Sheeler went on to say he was “handing off the flashlight to students, teaching them to find hidden stories. In that search, they’ll use traditional reporting tools – a pen, a notebook and heaps of curiosity … Whichever medium they choose for publication, I expect my students’ work to remain rooted in a simple request that hasn’t changed for centuries: tell me a story.” If he had known what was going to happen in Australian journalism, he might have added, “But make sure your story is true. Do your research, garner all available facts of the matter, and present them in a truly honest manner.” It’s too late for that advice here, I’m afraid. The ugly horse has bolted. 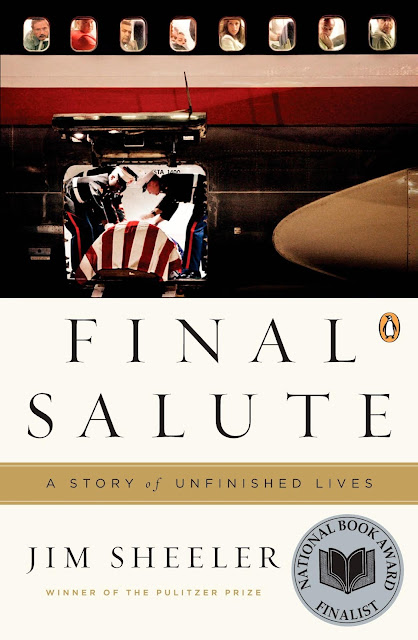 Sheeler made his name with the Rocky Mountain News and won a Pulitzer Prize for his extensive and compassionate reporting on the families of Colorado soldiers killed in the Iraq War and the man tasked with notifying those families. For a year, he followed US Marine Major Steve Beck, whose job was to inform families of the deaths of soldiers stationed overseas. Sheeler’s 12,000-word “Final Salute” won the feature writing Pulitzer in 2006 and was expanded into a book of the same name that received a National Book Award nomination two years later. 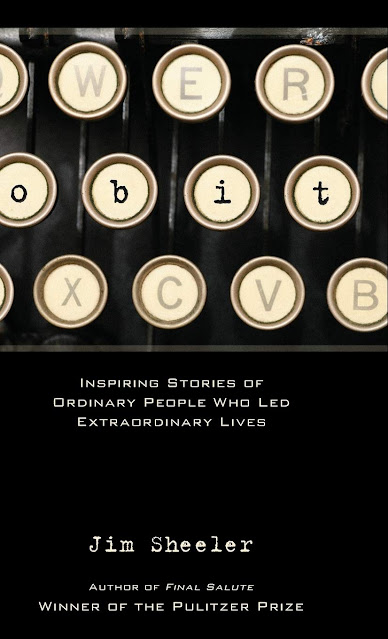 James Expedite Robert Sheeler III was born in Houston, Texas, on May 3, 1968, to Baton Rogue-born Jim and Brenda Sue (née Cammack) Sheeler. Jim II, prominent in the oil business and later a “gentleman rancher”, died of cancer at his home in Brenham, Texas, on December 9, 2018, aged 79, with his children beside him. Brenda Sue had died suddenly in 2013. 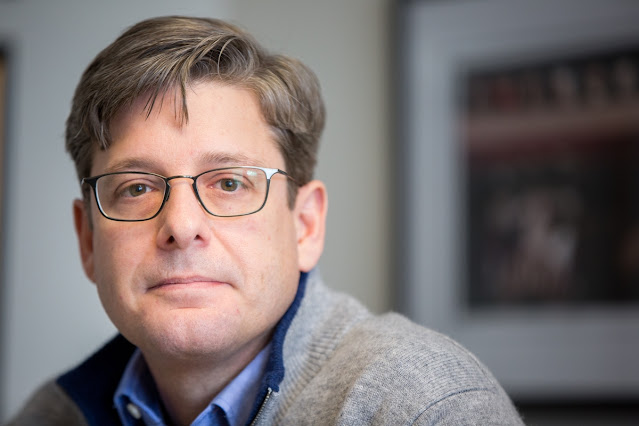 Jim III majored in journalism at the University of Colorado and started out at the Boulder Daily Camera. He wrote for the Boulder Planet weekly paper and the Denver Post before joining the Rocky Mountain News in 2004. Sheeler's books also included Obit: Inspiring Stories of Ordinary People Who Led Extraordinary Lives (2007) and he contributed to an obituary writing guide Life On the Death Beat. He is survived by his wife Annick (née Sauvageot) and son James Sheeler IV, a recent graduate of the Rochester Institute of Technology. 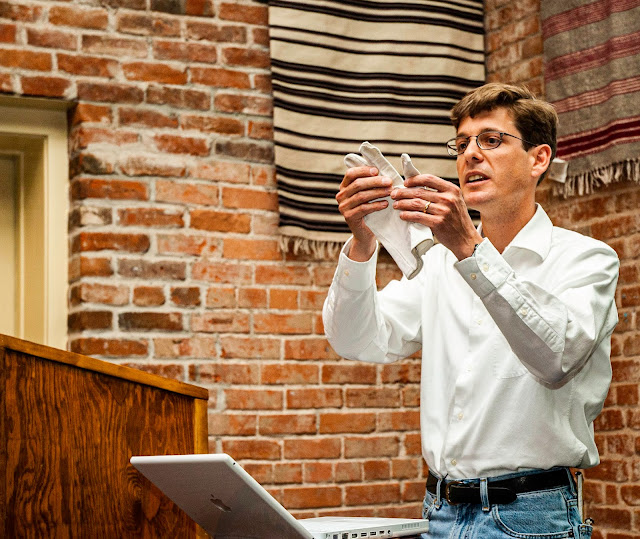 In April 2002, Michael Roberts interviewed Jim III for "Dead Lines," a salute to "A Colorado Life," the obituary column Sheeler wrote. “Writing obituaries is usually a beginning reporter's job,” Sheeler told Roberts. “I think that's usually why they're done so poorly. But obituaries can be stories that teach you a little bit more about life through death. And I don't really think it matters how old you are to learn those lessons.” 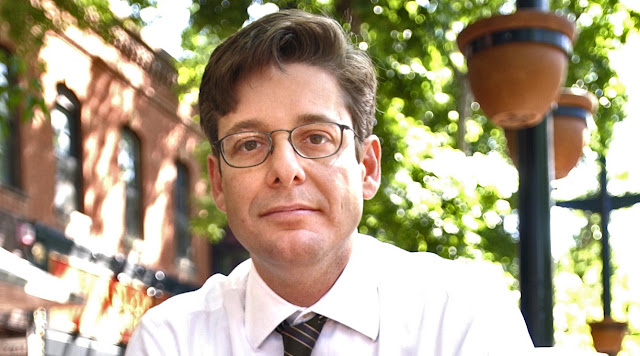 “A lot of people probably think I'm this 60-year-old guy who's all burnt out. They're surprised when they see me. But when they realise I'm there to get a real story with a beginning, middle and end to it and that I'm trying to learn everything I possibly can about this person, they really open up.” 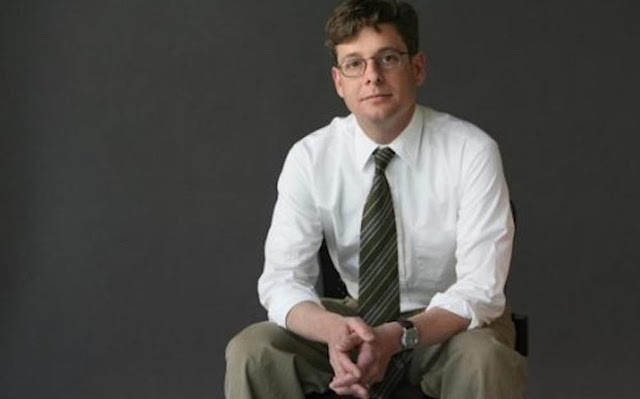 Roberts said a prime example of Sheeler’s work was a 1999 piece about Johnny Richardson, “whom Sheeler picked to memorialise simply because his official obituary was the shortest on the page one day: ‘Jonathan 'Johnny' Richardson, of Denver, a shoe-shine worker, died August 13 in Denver. He was 74. No services were held. He was born June 24, 1925. His interest was listening to jazz. There are no immediate survivors.’ But as it turned out, there was much more to Richardson's tale than that. Sheeler discovered plenty, including an old lover turned friend who had ordered a headstone as a way of ensuring that some record of Richardson would remain. He'd always wanted to write a book about his life, the friend said, but he never got around to it. Being immortalised by Sheeler was the next best thing.”

One word of advice from me. Reading well-written obituaries can often provide some excellent ideas for characters in works of fiction. In Australia, unfortunately, so called “journalists” are now writing fiction as news reports.

Posted by Robert Messenger at 13:55

Your last paragraph sums up most news organizations. If an event cannot be sensationalized, write fiction.

I agree with the need for a well written obit. I (and his children) found out more about my neighbor who passed October 2020 than we realized. He led a very interesting and fulfilling life. His obit was written by the funeral home.

Thank you for this wonderful piece. I will certainly read at least one of these books to better understand the man who passed.

For the benefit of non-Austrialians: What's the news scandal to which you refer?