On This Day in Typewriter History (LXV) 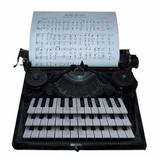 And the Typewriter That Played Music
Is it possible that John William Lambert, the great American inventor and the US's first car maker (below), dabbled in typewriters later in his life?

A John W. Lambert of Birmingham, Alabama, was issued with two patents related to electro-magnetically powered typewriter keyboards on this day in 1928 (shades of the Smith-Corona 5TE of almost 30 years later!). 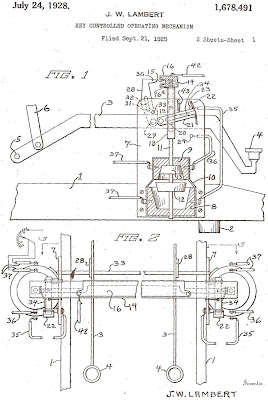 It seems the automotive pioneer John W. Lambert, born near Mechanicsburg, Champaign County, Ohio, on January 29, 1860, spent most if not all of the last 56 years of his long life in Anderson, Indiana. He died there on May 20, 1952.
But this John W. Lambert is claimed to have held more than 600 patents, for all sorts of things. Most of his early patents, admittedly, related to vehicles, and most were taken out between 1893 and 1922. 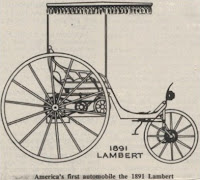 He did move about a fair bit, however. One of his patents, for a wheel, was applied for in 1927 when he was in Philadelphia (it was granted in 1931). There were no other inventing-patent applying John W.Lamberts, as far as I can tell, and the signatures on the vehicle patents and the typewriter patents appear to be remarkably similar. 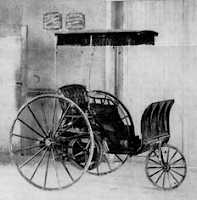 The 1891 Buckeye Gasoline Buggy
Lambert moved to Union City, Ohio, and in 1892 started the Buckeye Manufacturing Company, the Lambert Gas and Gasoline Engine Company and the Union Automobile Company.

The next year he moved to Anderson.
Among his many innovations were a friction, gearless transmission, the US’s first gasoline engine and America's first successful automobile. 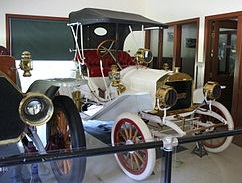 1907 Lambert automobile
The John W. Lambert who took out the typewriter patents wrote that “the manipulation of the keys shall be responsive to a light finger touch, with the actual movement to be imparted to the typebar … electrically produced” He plan was for a common electro-magnetically moved actuator. 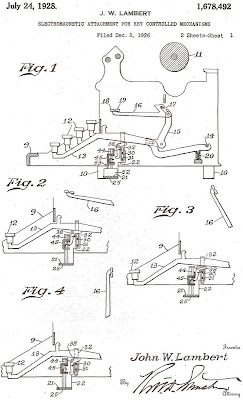 When I posted in this series on July 8, about music keyboard typewriters, I had no idea someone had actually designed a typewriter which could play music as one wrote sheet music on it. 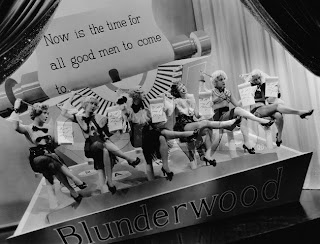 At the time, Richard Polt reminded me of the Type-A-Tune (below) and when I first looked at the patent issued to Bartlett Edwards, of San Antonio, on this day in 1951, that’s the first thing I thought of. The inner note bars looked very similar. 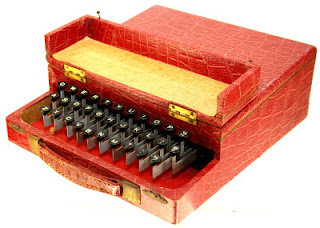 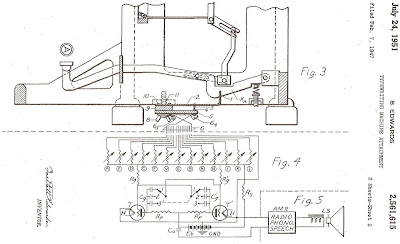 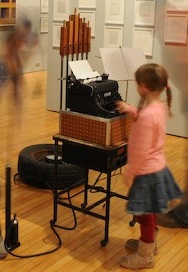 A separate control would be manually varied to tune each sub-circuit to the exact frequency of one of the successive tones of the conventional musical instruments. 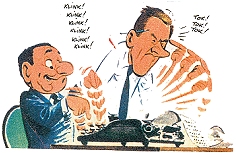 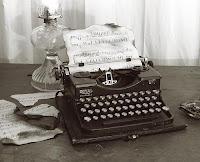 “The typist may literally whistle upon the typewriter keyboard from sheet music any tune with which he is familiar. He is limited only by his typing skill, which he may be induced, by the, invention, to improve." 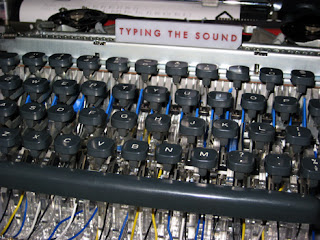 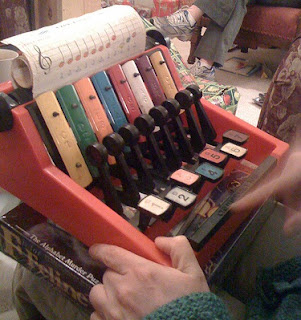 This Edwards typewriter-musical instrument is bound to be something the Boston Typewriter Orchestra would be interested in. 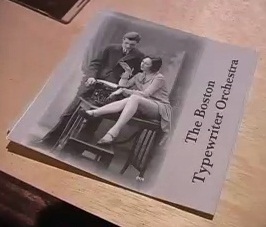 MacDonald was a prolific writer of crime and suspense novels, many of them set in his adopted home of Florida. His best-known works include the popular and critically acclaimed Travis McGee series, and his novel The Executioners, which was adapted into the film Cape Fear. 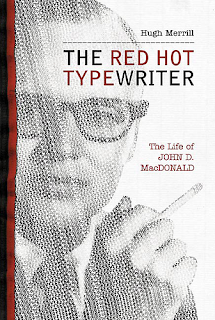 In 1962, MacDonald was named a grandmaster of the Mystery Writers of America, and he won the American Book Award in 1980.

Posted by Robert Messenger at 01:02

let's get busy making that apparatus!

I'm trying to find more information on the type a tune
machine. I found your posting and photo.
I had found one today and purchased it, it's very curious...and in good condition...though it needs a couple of the keys repaired. I see it was made by Wilcox Gay...but I cannot find any info on line on the model or it's use. How much it sold for at the time.


All I can find about it is your post. Thank you.
I still do not rightly know how it was used.
Was it for entertainment or for transferring music into
type? If you have any further information on the piece I would appreciate reading about it.
P.

Hi Patricia. I don't know a lot about the Typatune. I do own one, but two of the keys are broken off from the back sound plate. As this is built as one complete, solid unit, thus creating the tunes, when keys break off it impossible to fix them, even by welding, and still retain the tune. The only ones I have seen advertised, including my own, were made by the Electronic Corporation of America of New York, so I can't tell you anything about Wilcox Gay. In Thomas Russo's 2002 book they were described as scarce and valued at $200 in good condition, and two I have seen in the past year have sold for much more than that. The machines came with a song book - you simply struck the keys, following the letters in the song book, to get a tune, such as Old McDonald. I have a copy of a song book somewhere, I could photocopy it and send you scans by email, if I had an address.