Rumble in the Jungle
(that's my kitchen)
SECONDS OUT, CAPS ONLY 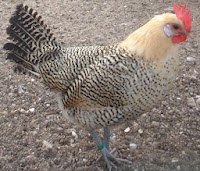 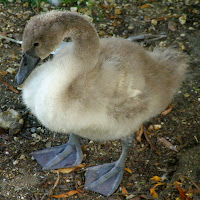 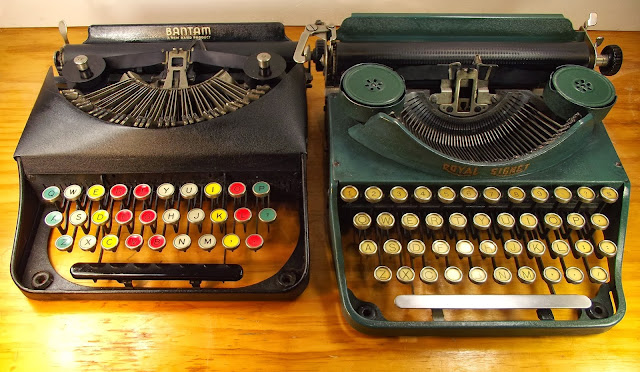 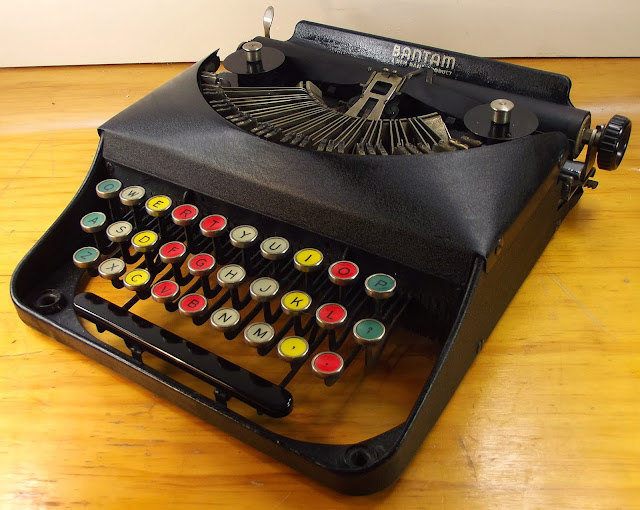 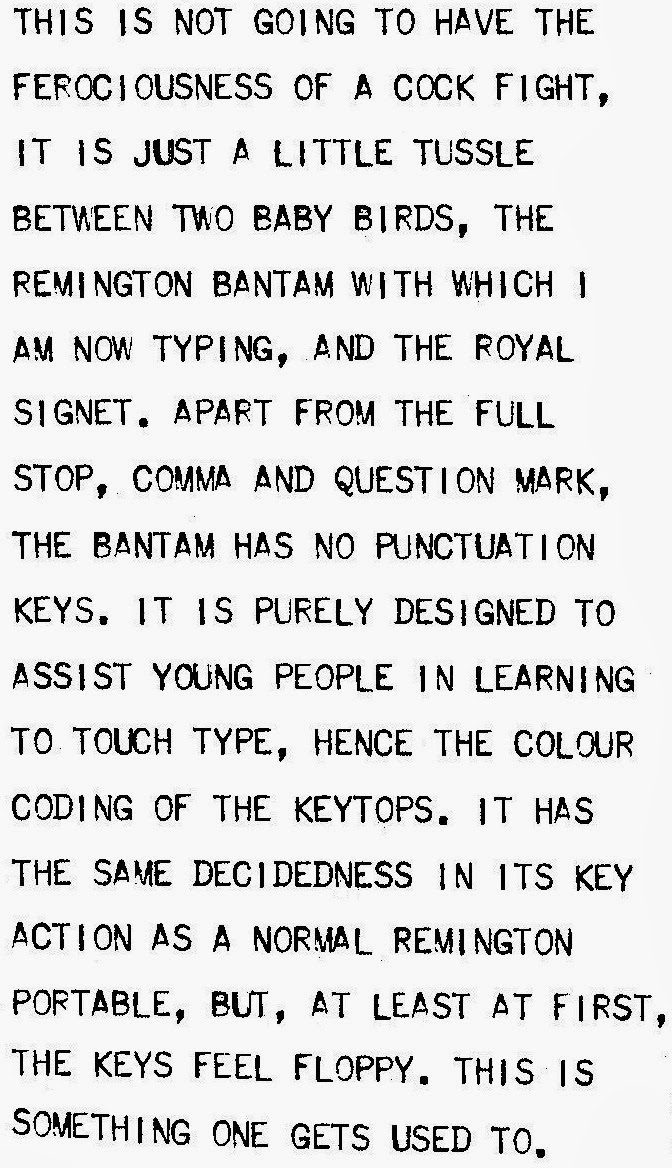 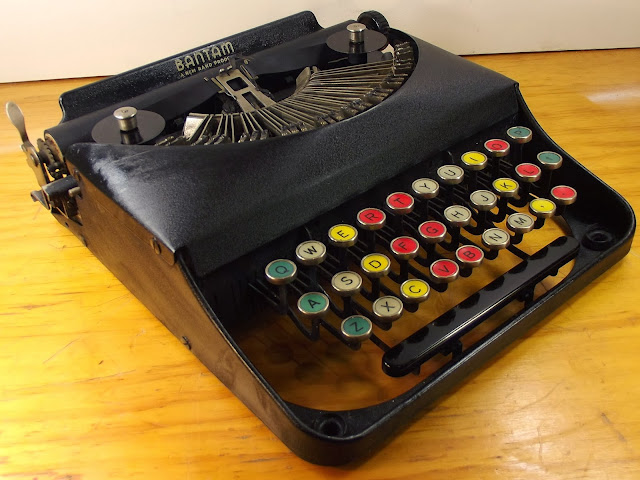 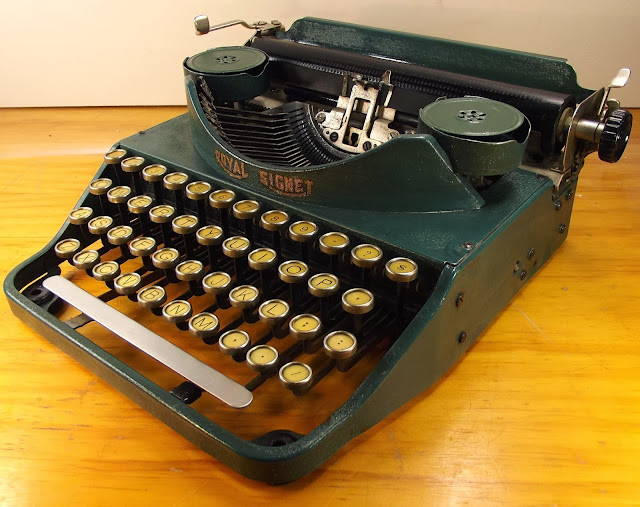 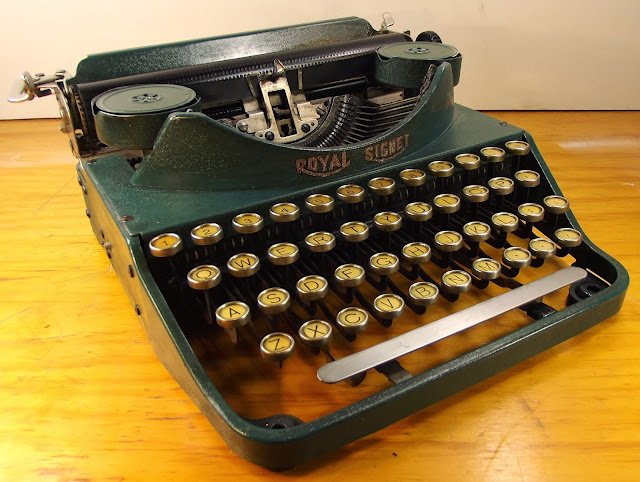 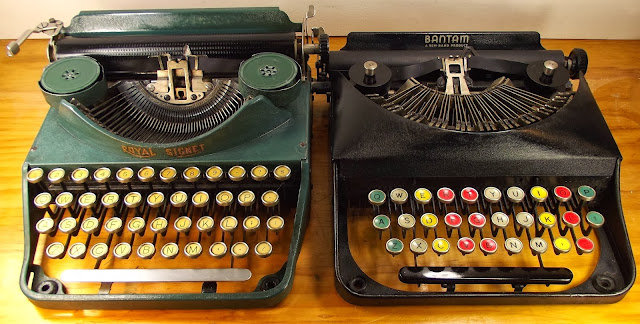 Posted by Robert Messenger at 15:56

With those cute colored keys the Remington Bantam wins hands down. So to speak.

I've never typed on nor own a Remington BAntam. I wonder why they color coded the keys as they did as an aid for touch typing. They do not follow the normal touch typing pattern. Many machines I've seen for learning had the key tops blacked-out so the student would not look at the key, but only the chart or copy they were typing.

I have a Signet and use it often. The italic font is really neat and the machine is quite nice to use after getting into the habit of not looking for a shift key or backspace key.

Brilliant machines, both of them. Great comparison. I too like the Bantam over the Royal. Only because it looks 'more serious'.

A very fun shootout! I'm fond of these little Depression era machines, so I found this piece particularly entertaining. Let's see more of this kind of shootout!

I haven't found a caps-only typewriter yet, but if I ever come across one, I think I'd lean towards the Royal. If only because it has a more complete character set.

That said, i wonder if the Signet has the same peculiarity I've found in all the Royal portables I've used: the tricky escapement that tends to introduce white spaces between letters if you don't type at the proper speed...

Excellent idea! This was a really fun showdown.

I don't know what I was thinking in my comment. The colors are the same as on any chart. I think I meant to say that one is not to look at the keys for touch typing. If the keys are colored and one learns by watching the colors they need to look at the keys. Maybe the typewriter came with a chart too.