Fly in the Alignment and Hand of God: The Reverend Ted Lifts Lettera 82 Rating 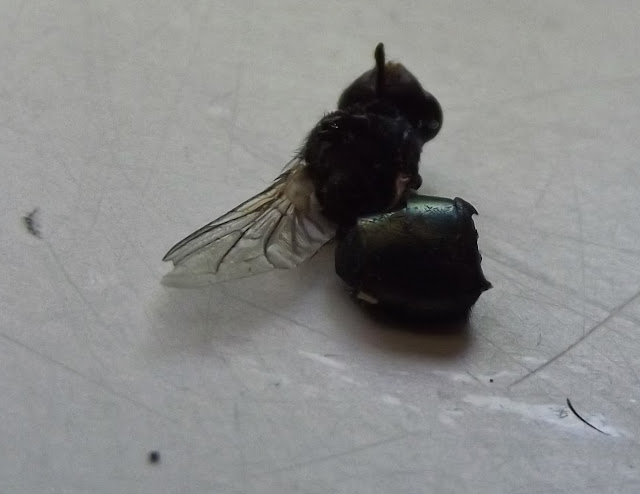 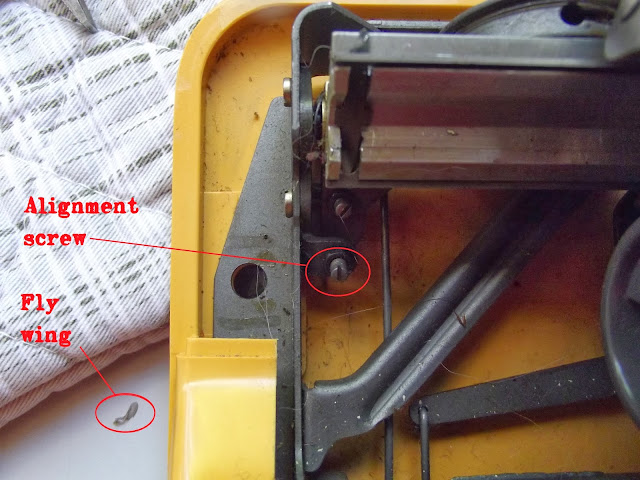 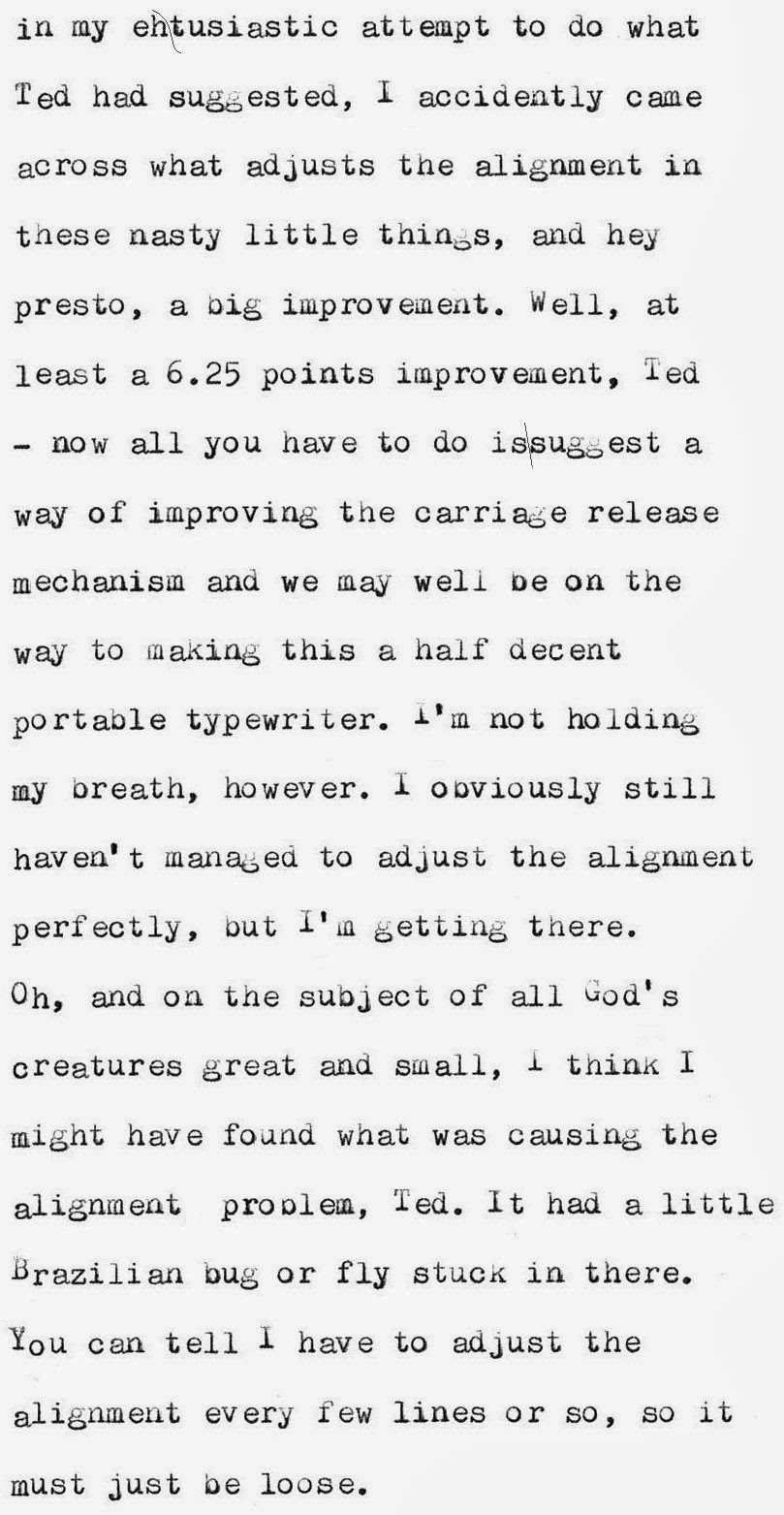 **'Hand of God' is what cost England the 1986 World Cup. But then Maradona is Argentinian, not Brazilian! 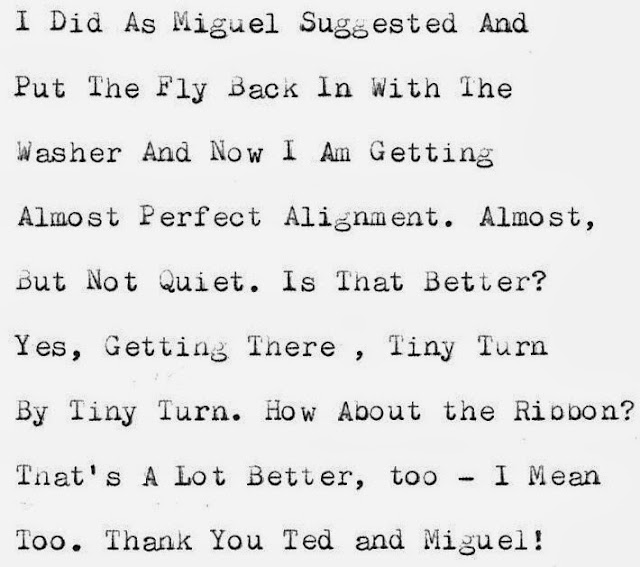 Posted by Robert Messenger at 15:05

Perhaps that's what the fly was for... a clever replacement of a missing washer somewhere?

OMG, Miguel! I think you've got it. When I put it all back together agaoin, there was a spare washer!

And I thought the first entry was funny! The fly is obviously key to making this thing work.

Dwayne, I've done as Miguel suggested, put the fly (and the washer) back in and added another scan to the post - the typing is now almost perfect!

AH!
The baby's adjustment system is diabolical, and has been used on every model since the start. to quote the film version of Gollum... "I hates it! I hates it!"

heh, Debugging indeed! You never know what you'll find buried in the guts of a machine. I found a stack of credit cards hidden in the guts of an SCM Sterling once, and I remember Richard Polt finding a whole mud wasp's nest inside a typer. :D

Too bad the engine transplant didn't pan out - that really is a nicely-colored shell. (:

I beg to disagree with your hard judgement on the Olivetti 82 - post follows, as I am off to Cologne now.

Hi Rob,
I would love to get my hands on that Olivetti 82, just for an hour or so, it would be a different machine.

Thank you John but it's a much different machine already and doesn't need a thing done to it.