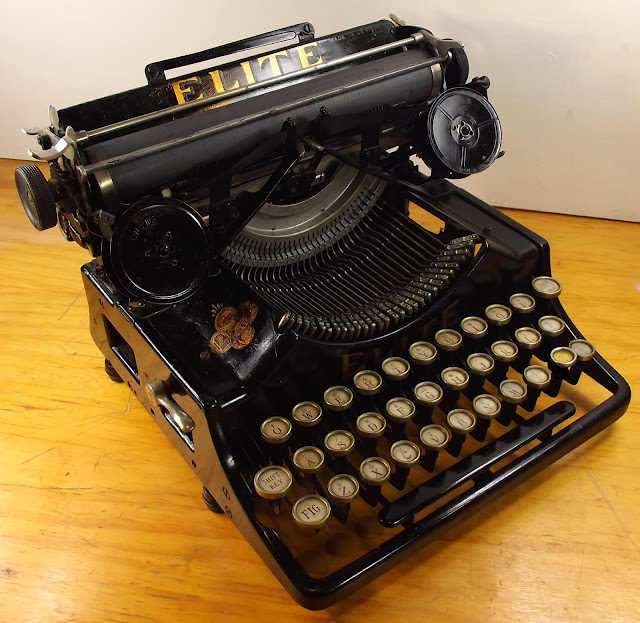 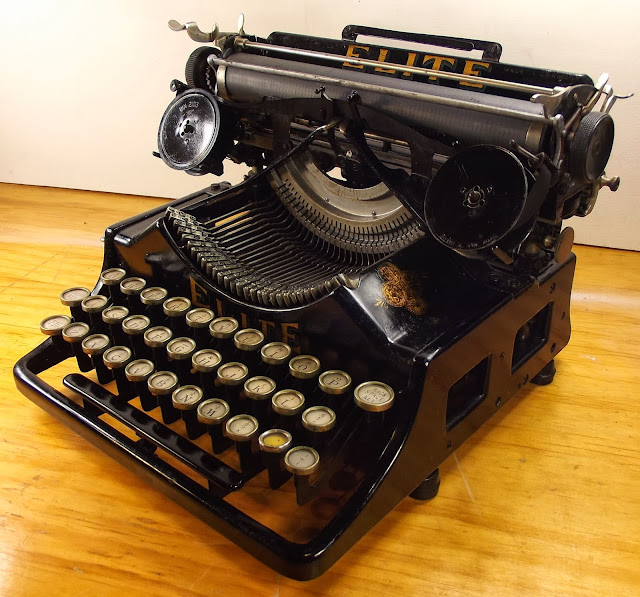 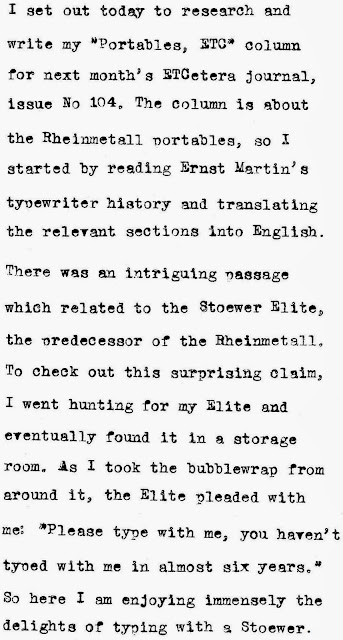 Then I found out the Stoewer Elite had been telling me fibs. I had used her for a post just two years ago. But I was only too willing to forgive. For one thing, this was the first really decent hit-out I've ever given this typewriter - the post in November 2011 was a mere four short lines. More importantly, I had a lot of fun typing with the Stoewer, she has a great action. One thing in particular stood out - the carriage lever presses down to turn the platen. I really liked that.
The "surprising claim" mentioned in my typecast related to Martin's statement that "Each type lever may be substituted for foreign language correspondence." I'm still trying to get my head around that, and how it relates to the very first model Rheinmetall portable of 1931. 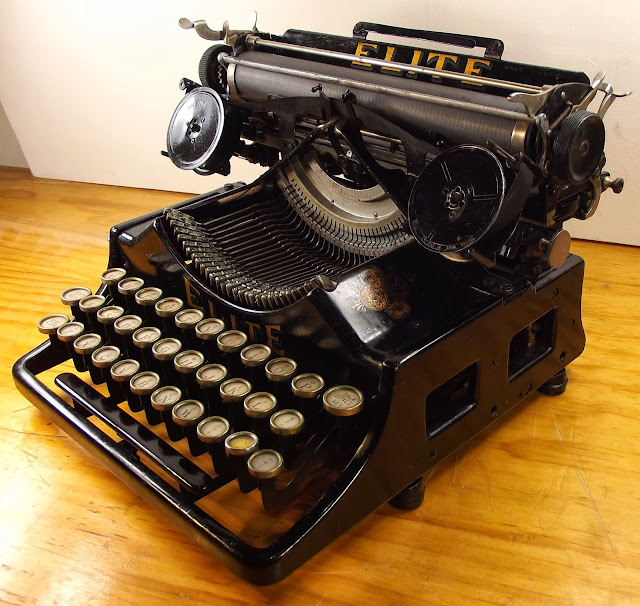 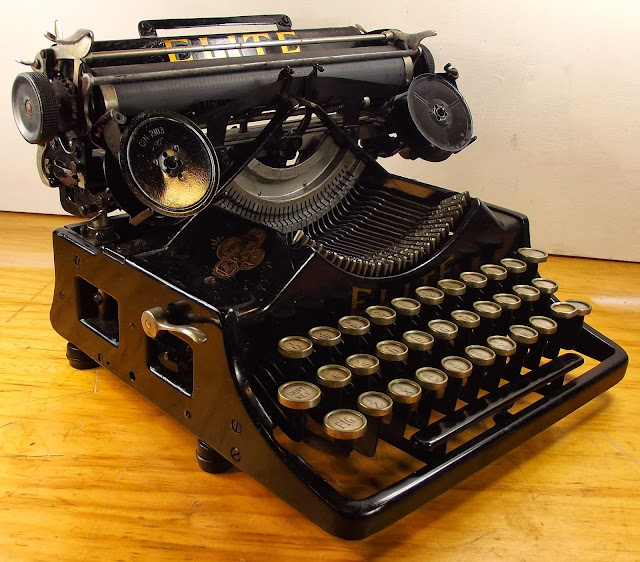 The Stoewer Elite portable was designed by Paul Grützmann (below) and first made in 1912, according to Ernst Martin (other sources say 1913). It was designated by Stoewer as the K1. The serial number of my machine is E (for Elite, the export name, sans Stoewer) 101718, which means it was probably made in about 1924 or 1925. The line ended with the introduction of a Stoewer four-bank portable in 1926 (which started at about 120,000). Five years later this became the first Rheinmetall portable (which started at about 150,000).
Somehow my Stoewer Elite found itself in Brisbane via New Zealand. I'd love to know her history before I won her in 2009! She wasn't working but it took seconds to reset her mainspring and reattach what remained of her drawband. Now that I have relubed her, put the air compressor through her and put in what turned out to be a fresh ribbon, she is typing like an absolute dream. A small problem with the feed rollers, as one can see, but otherwise she is as solid as a rock (and she is fairly heavy for a small portable). 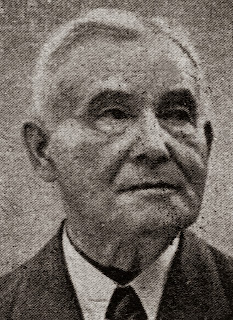 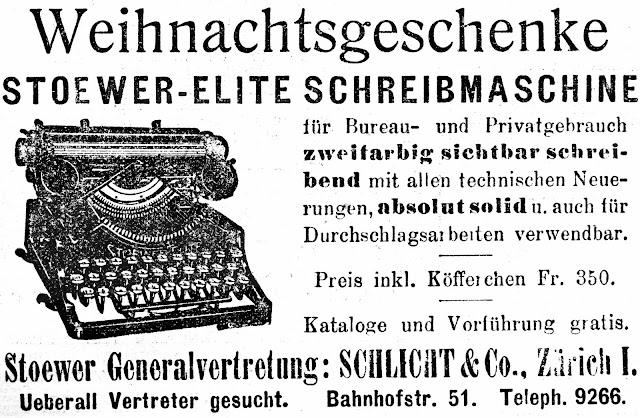 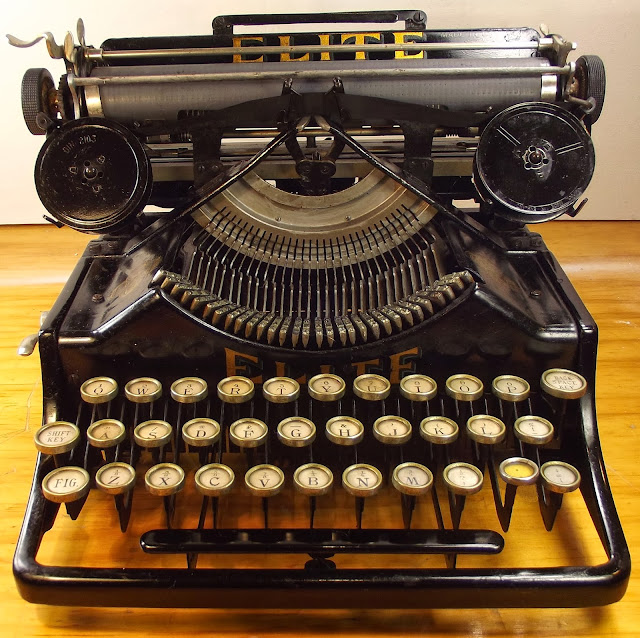 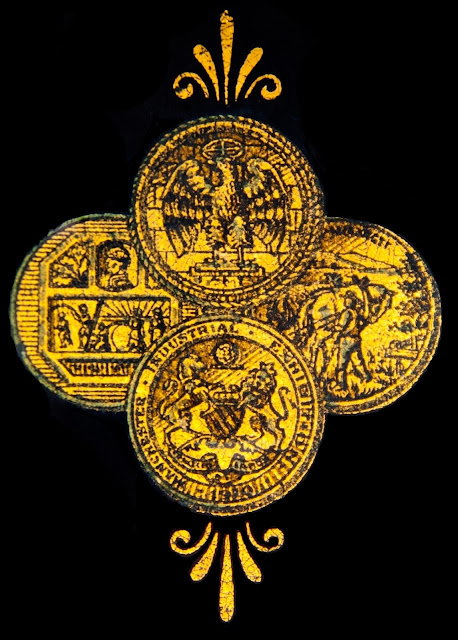 Advert and logo, courtesy of Georg Sommeregger. See Georg's Stoewer Elite page here.
To reward my Stoewer Elite for such a stellar performance today, I decided to put her in the front seat of my Stoewer car (with its own Stoewer flag) and take it for a drive up into the mountains. All I have to do now is find some mountains in Australia that look like this: 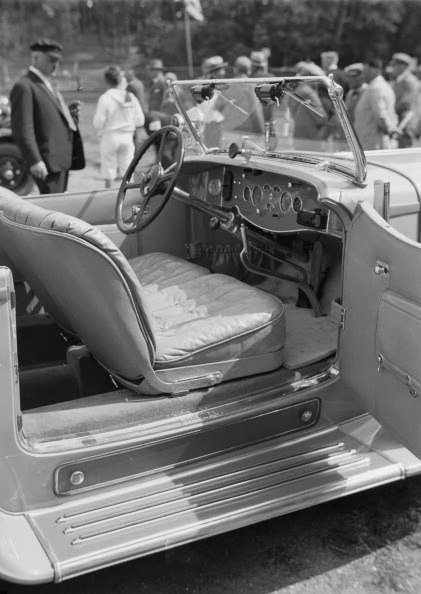 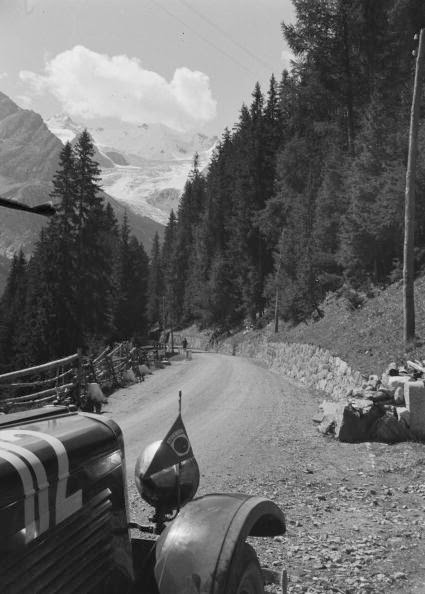 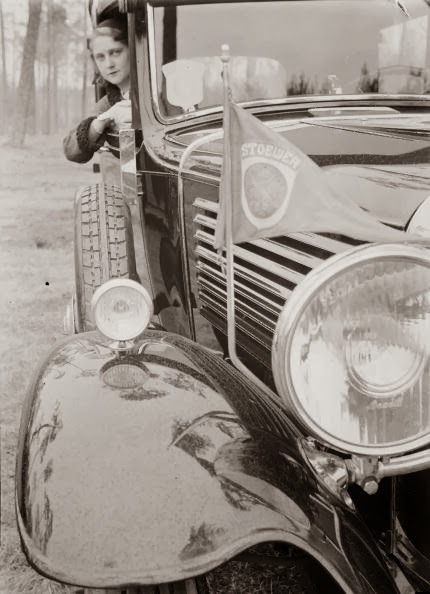 You've taught me about another 'before reading this post' unknown typewriter.
That sure is an interesting typewriter.

What a beautiful machine!

A post close to my hearth: threebank German portables! Thank you for sharing this beautiful machine.

MatiasR (member of IFHB)
To my knowledge, the Elite has no direct relation to the Rheinmetall portable. Shortly before winding up business, Stoewer tried their luck with a four-bank portable (sometimes called the "Stoewer Kleinschreibmaschine" in the German literature). This was produced until the bitter end, and became the base of the Rheinmetall.

The Elite and the "Kleinschreibmaschine" are very different designas (I have both in my collection).

I do love your blog and your deep insights!