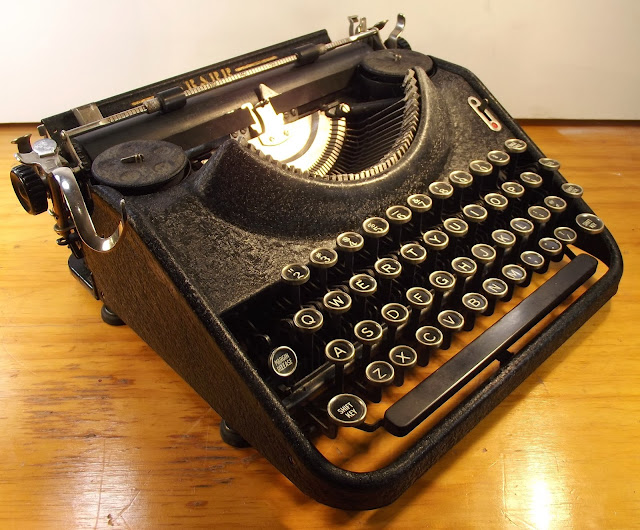 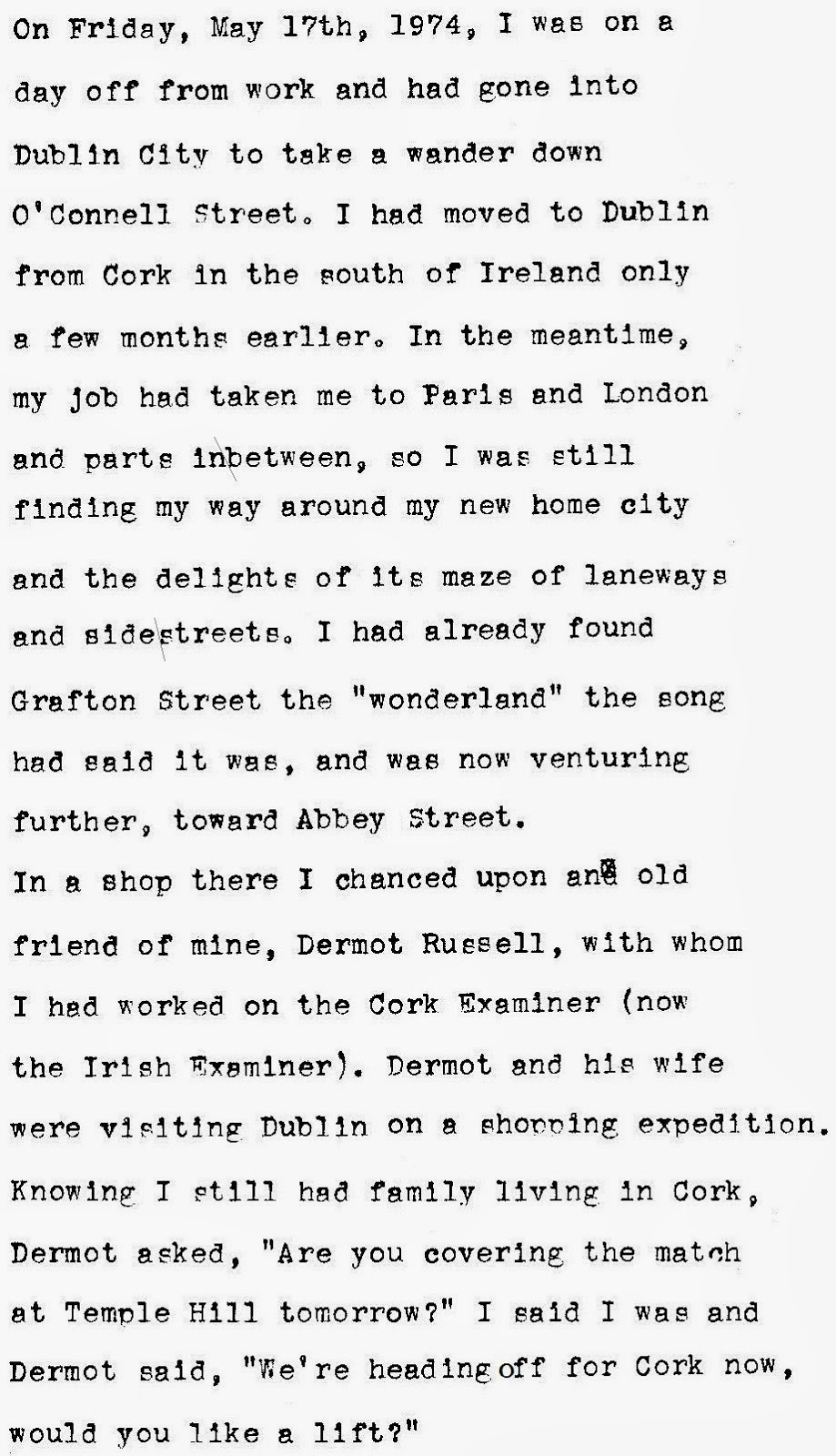 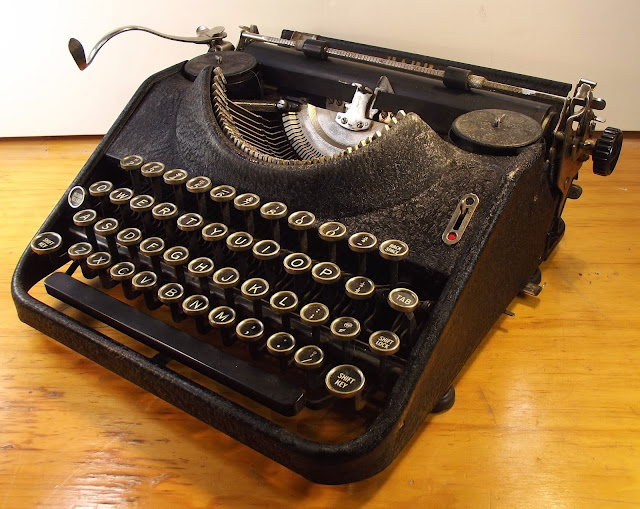 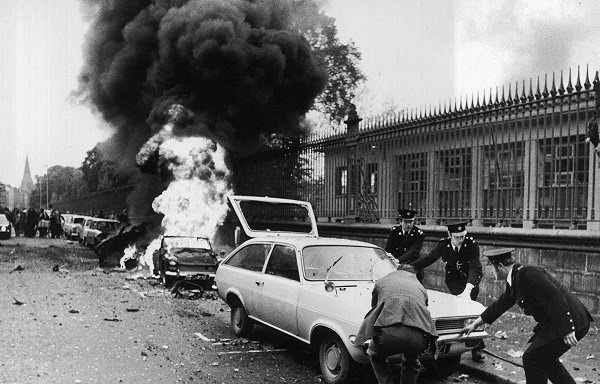 The scene after the third car bomb explosion in Dublin on Friday, May 17th, 1974. On the map below, I have marked my normal walk home, and where the third explosion took place, at 5.32pm. The bombings occurred in rush hour in the heart of the city without warning. See the Wikipedia entry on the explosions here. The entry states, "There are various credible allegations that elements of the British security forces colluded with the Ulster Volunteer Force in the bombings. The Irish parliament's Joint Committee on Justice called the attacks an act of international terrorism involving British security forces." 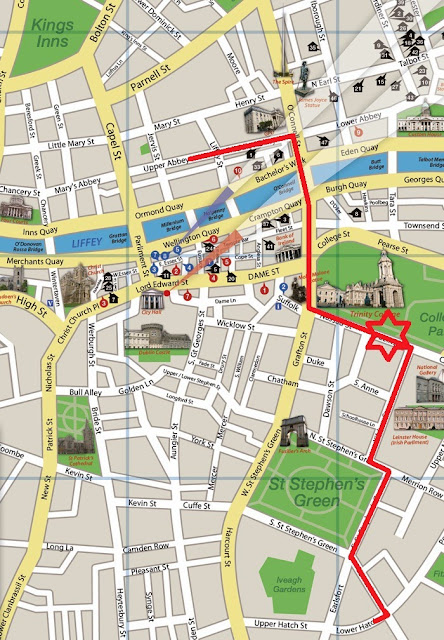 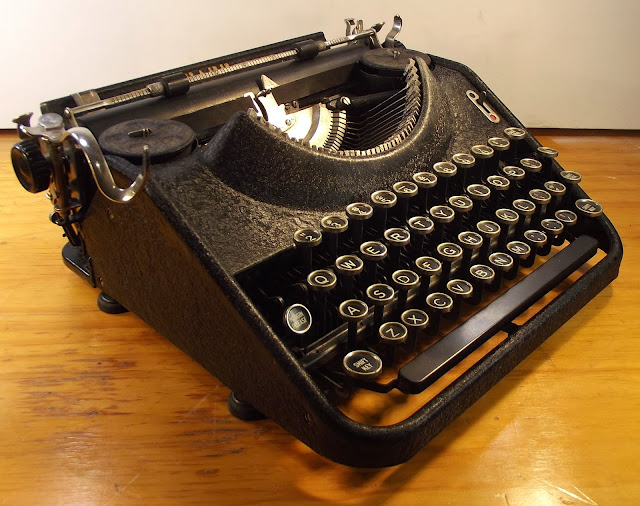 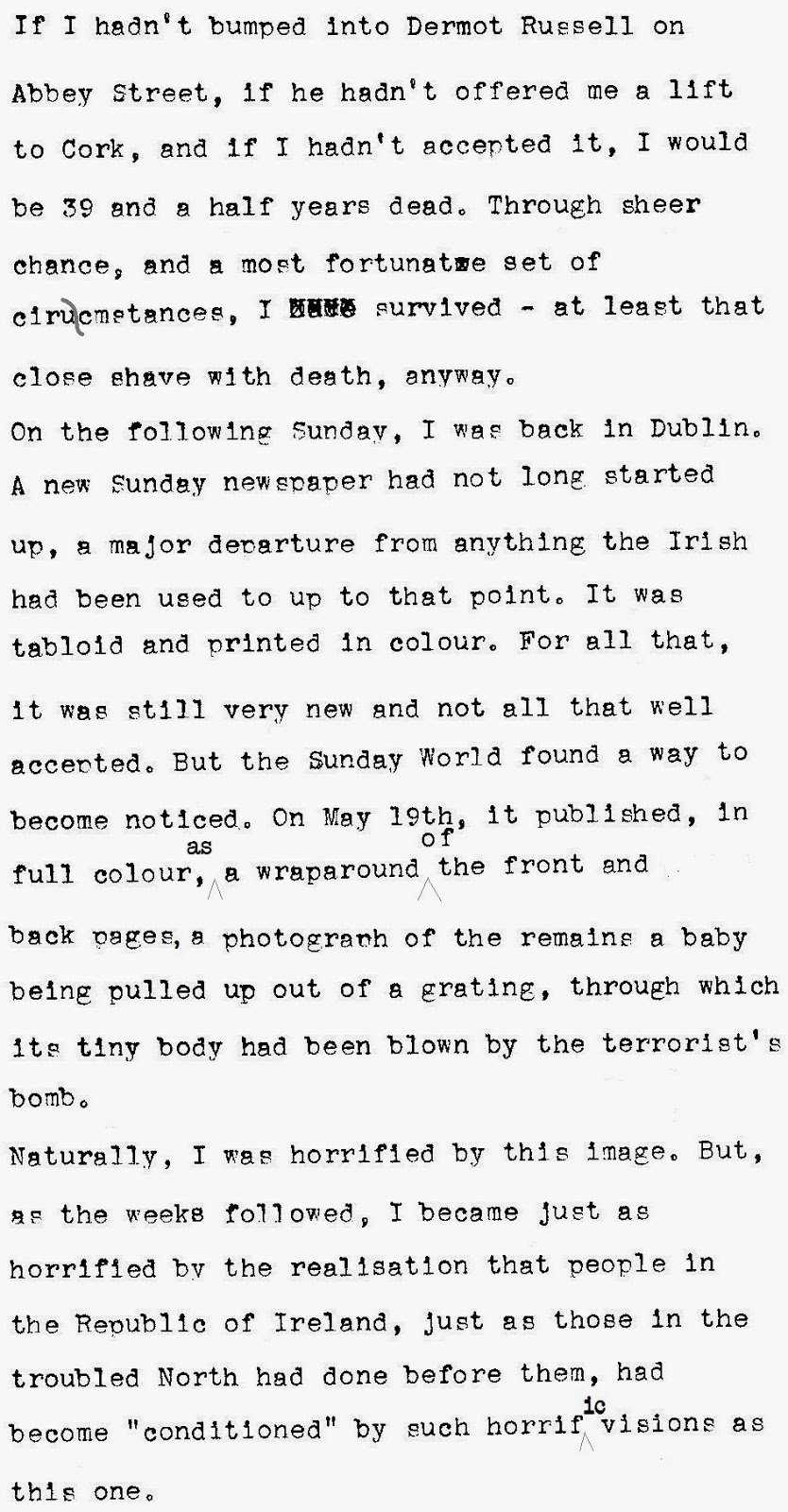 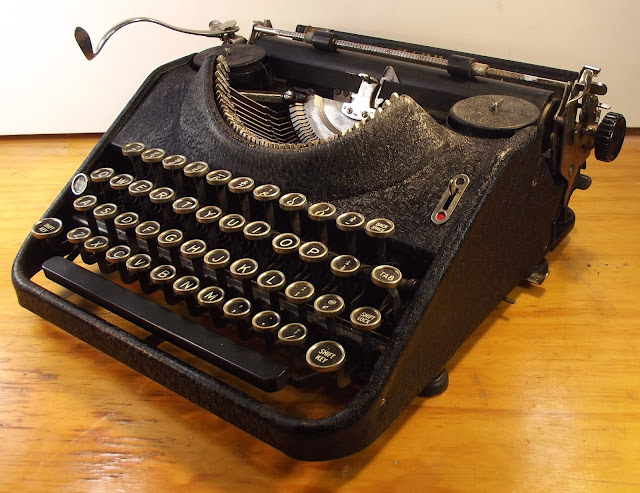 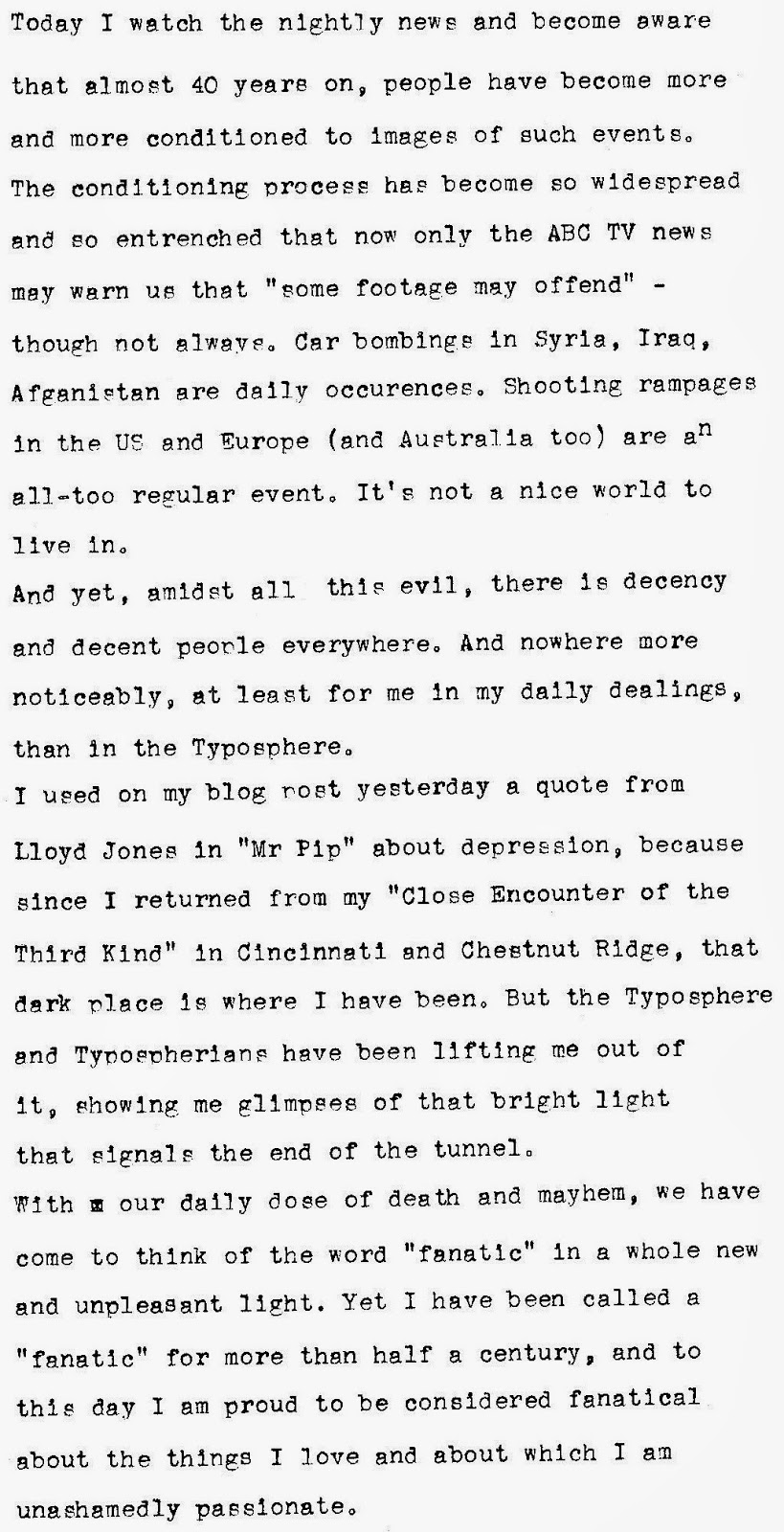 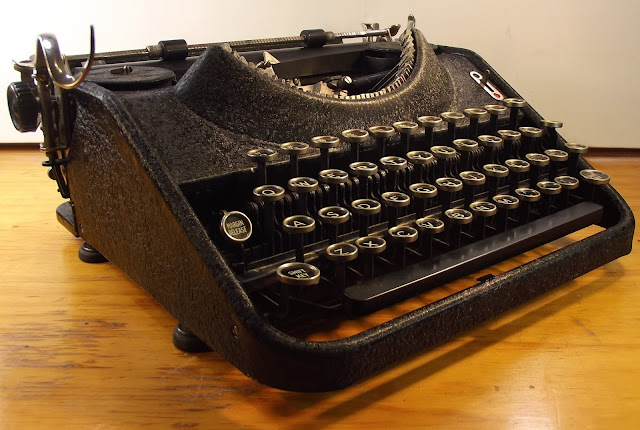 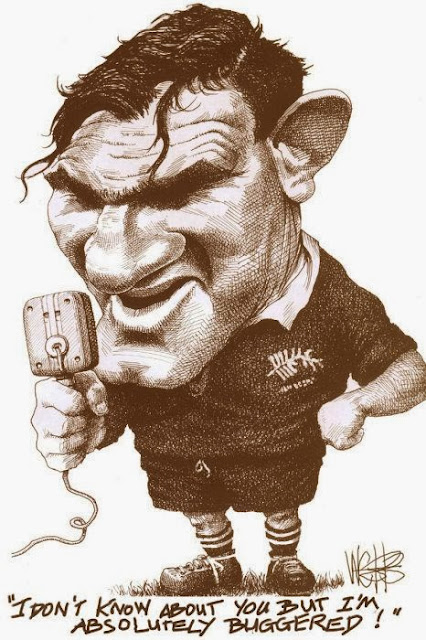 Kaitaia fisherman Peter Frederick Hilton-Jones ("Tiger") became a national hero in September 1956 when, after scoring a brilliant and decisive try in the historic Test win over the Springboks, he told the record crowd at Eden Park, Auckland (and the whole nation) that he was "Absolutely buggered". It was the first time anyone had ever sworn live on air in New Zealand. Fair dinkum! 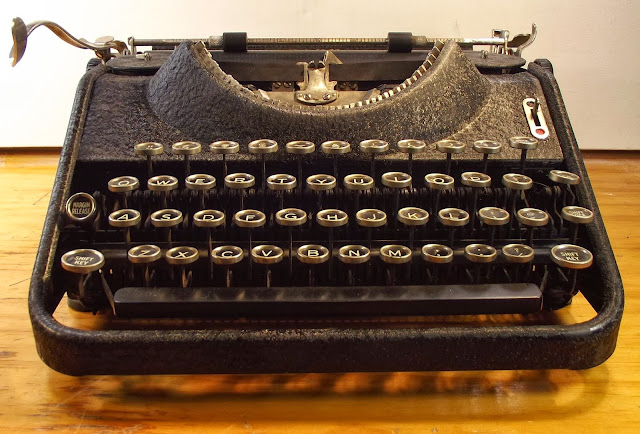 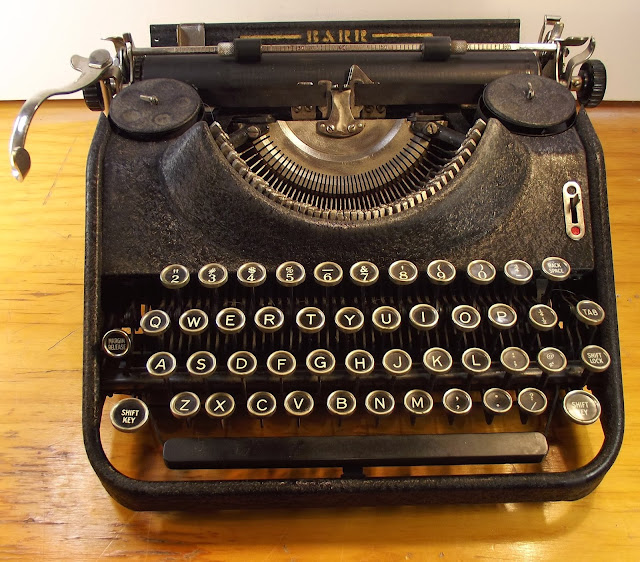 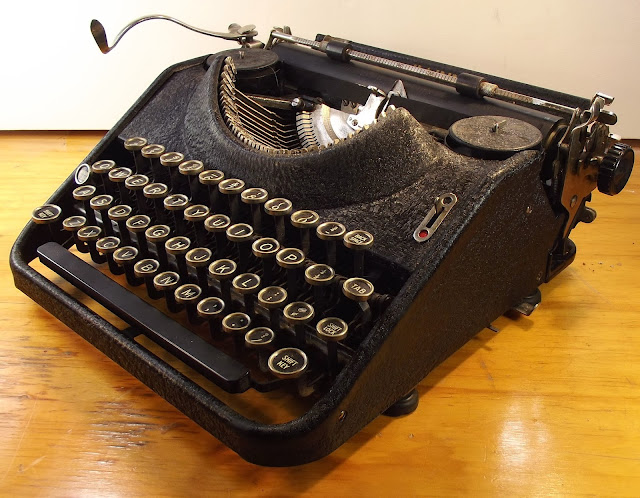 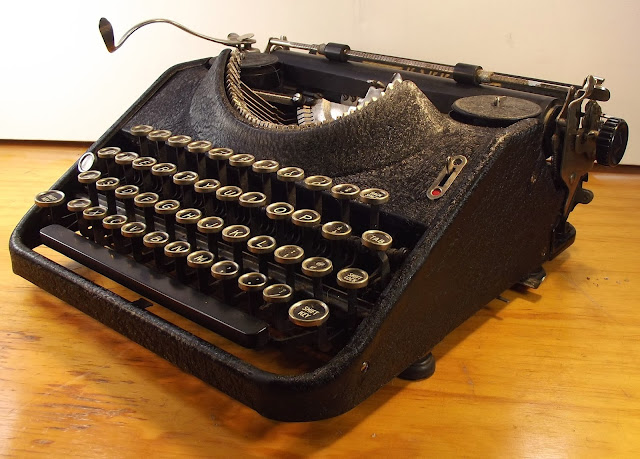 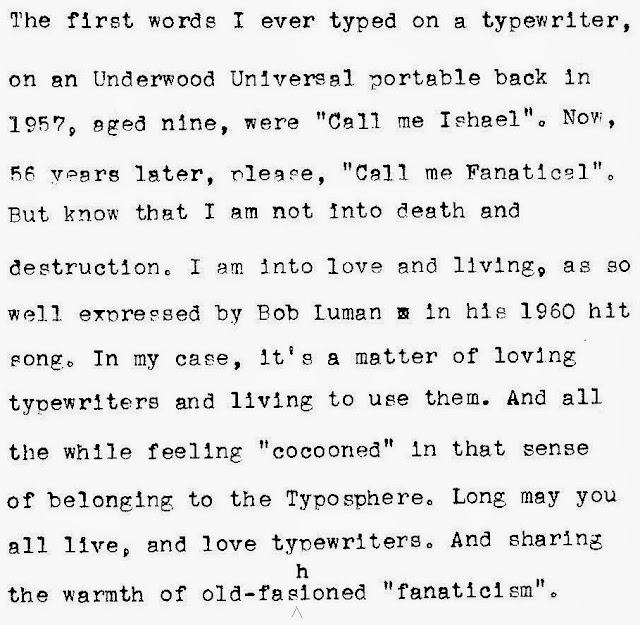 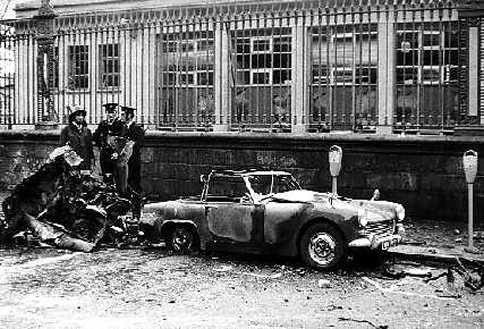 I used to own a car just like this one.

BELFAST, Today (September 20, 2013): There should be an end to prosecutions for Troubles-related killings, Northern Ireland's attorney-general has said. John Larkin said there should be no further police investigations, inquests or inquiries into any relevant killings that took place before the signing of the Good Friday Agreement in 1998. That means all deaths caused by paramilitaries, police or the Army. Mr Larkin said his proposal was not a formal amnesty, but was a logical consequence of the Agreement.
Posted by Robert Messenger at 16:16

I couldn't agree more, Robert. Life is good and the people of the Typosphere make it even better.

Now you have plebes like me enjoying your blog and learning from your experience. I'm glad you accepted the lift!

Erik, must admit I let out a "pressure cooker" chuckle when I read your last sentence. Thank you!

Now Rob, what would a nice chap like you do in a not so nice Triumph?

You always amaze me with your tales, Rob. And I love to read them and your blog. Thanks for the great writing.

I agree completely; the Typoshpere is great and it's populated by some great people. I don't consider myself a true collector, but I do love using my typewriters. And I love reading your blog. So, from your Mexican fan, I'm very, very happy that you were far away from that terrible event in Ireland!

Maybe you don't realize it, but you *are* a great of the Typosphere, and we newbies look up to you too in our eagerness to learn the history and the stories of our typewriters. Thank you for all the amazing, amusing, fun, interesting, surprising things I've learned about typewriters and history reading your blog!

As another Typo-plebeian I concur whole-heartedly with the previous comments. I'm a fanatical OzTypewriter follower. Thanks Robert for keeping us all thoroughly informed and entertained.

I'm happy that you accepted the ride to Cork. The typoshere would have lost one of its most valued members and we would not have this wonderful blog to read and pictures of your typewriters.

I too agree about the Typosphere.

Oh, and on buying every typewriter one sees???? Only the lack of money stops me. I do not think you are alone on wanting to have one of each.

Congratulations on your gift typewriters.

Scott, I do believe that's an MG Midget. I grew up surrounded by Irish men and women and could never fathom the connection between these folks and what we saw on the TV news from the 70s to the present day. I'm glad you went to Cork that day too.

Great stories, Robert. I read your blog every day, though seldom comment. Thank you for keeping the faith, and helping to make the Typosphere what it is.

Add me to the chorus of those that are glad you took the ride to Cork (:

Happy to hear that Typewriter collecting still holds surprises and daily joy for you after so many years. I can say that I've got along splendidly with every Typospherian I've encountered - not something you can say in most collecting communities. Keep on typin' :D

My God, what a story about Dublin! Glad you are still with us.

I was in school in Madrid on Dec. 20, 1973 when, 8 blocks away, the prime minister was assassinated by ETA with a huge bomb that sent his car hurtling five stories into the air.

On a happier note, it is great to see the Barr at work and I'm thrilled that you're getting a Masspro!

you remind me of my 3yr stay in Dublin - the way certain routes become etched in your mind. And also how the Troubles stay in people's psyche - mental scar tissue. Thanks for posting this.

This is a book chapter worth of writing. It's good to be passionate (probably the only right way), and thanks god you escaped this bomb. Makes you think.

This might be one of the best blogs I have read of yours. Just reading it got me pretty excited. I am still very much in a place where many many typewriters are completely new to me. On that same weekend in West Virginia I acquired a much simpler dream machine from Mike Brown. I was admiring his Royal 5 he had for sale on the stone wall beside Herman's driveway and Mike said "make me an offer". I said "I'd love to, but I don't have much money and if I offered you all that was in my wallet I hardly think it would be fair". Mike grinned and repeated, "make me an offer" and now I proudly own a working Royal 5 and I am so grateful to Mike because even though I did offer him all that I had I think it was still too little. I actually offered him my rusty Argyle P-201 after we had made the deal to try to close the gap between what I paid and what I thought was fair and instead he took it and offered me the cyrillic SM3 I had been admiring which after some generous pushing I did take. You're right Robert, the people of the typosphere are wonderful indeed!