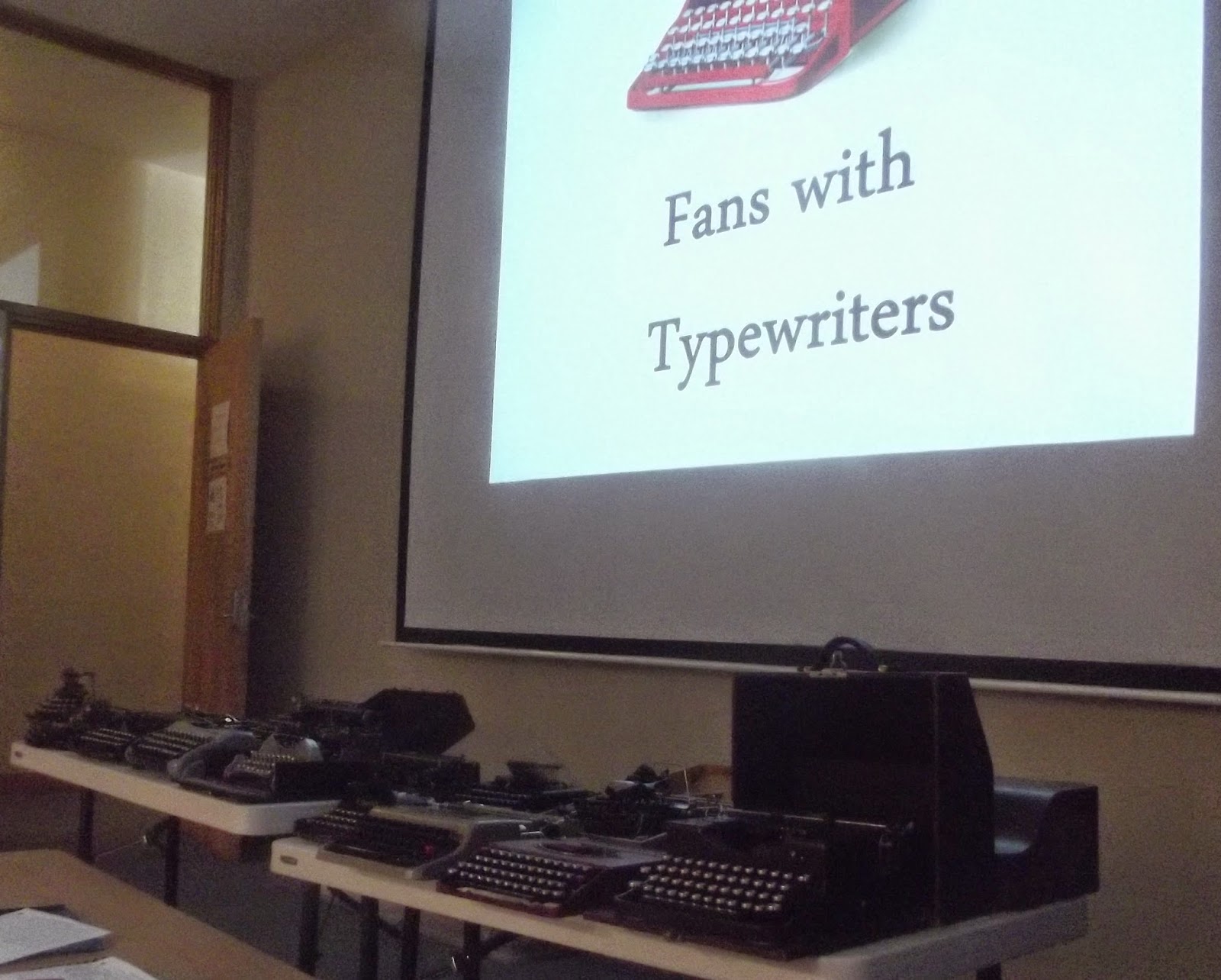 My sports history presentation "Fans With Typewriters: A History of Sportswriting 1815-2015" took place today the University of the Third Age in Hughes, Canberra, and there was a packed auditorium. I took along 15 typewriters, as well as a spare Blickensderfer case, to help make my points, and came home with 16 portables (with the promise of the gift of another to come). 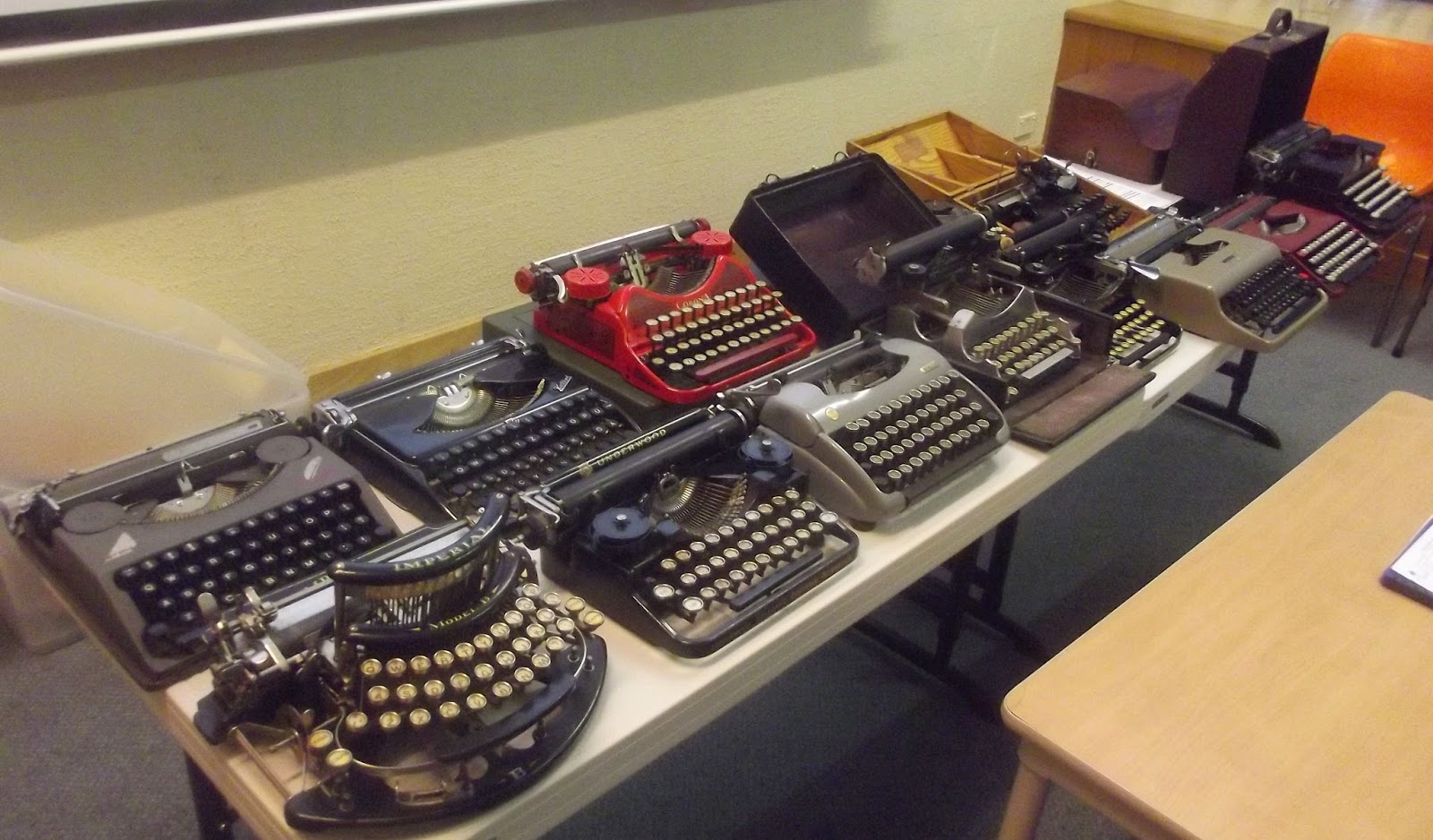 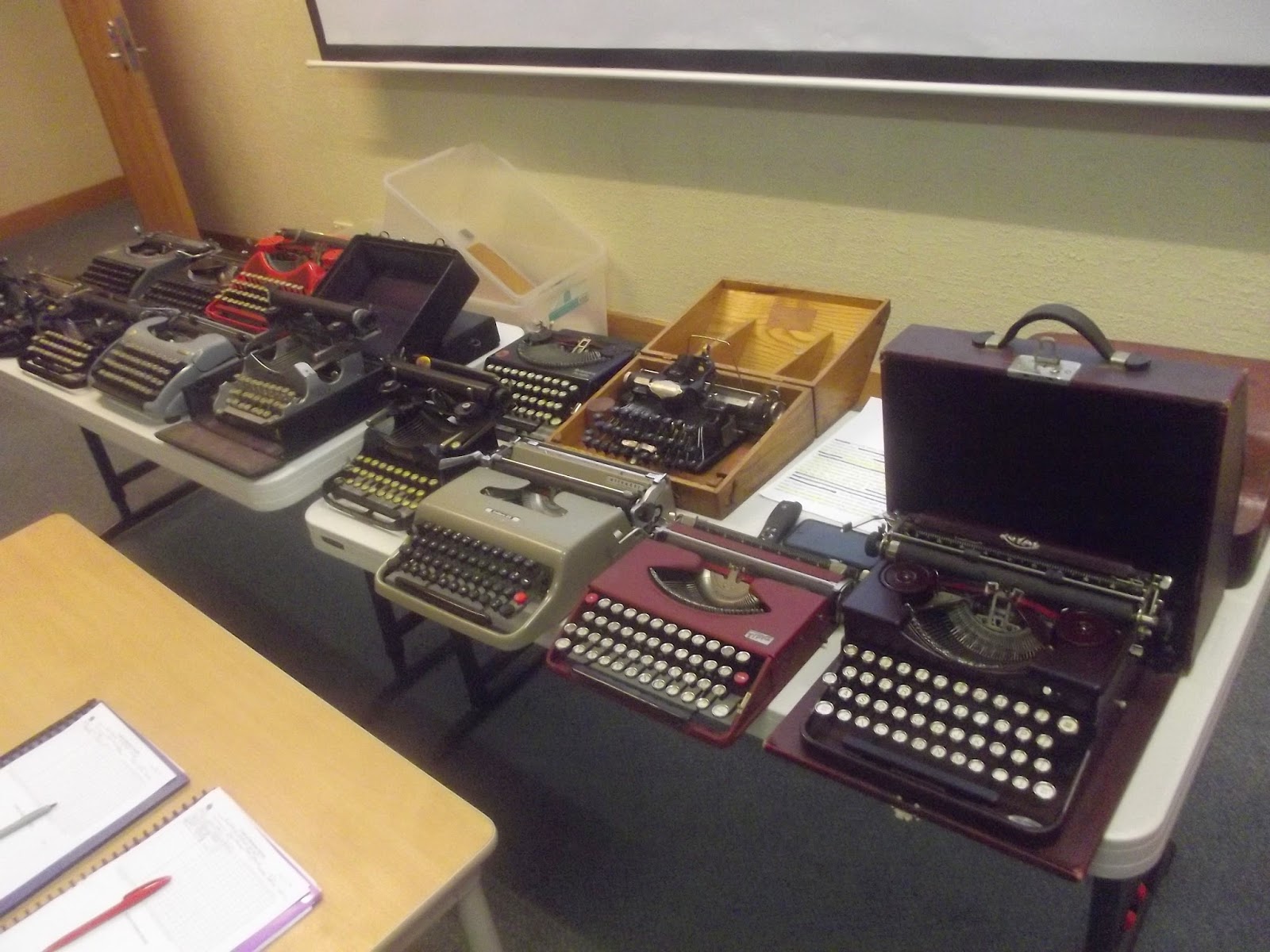 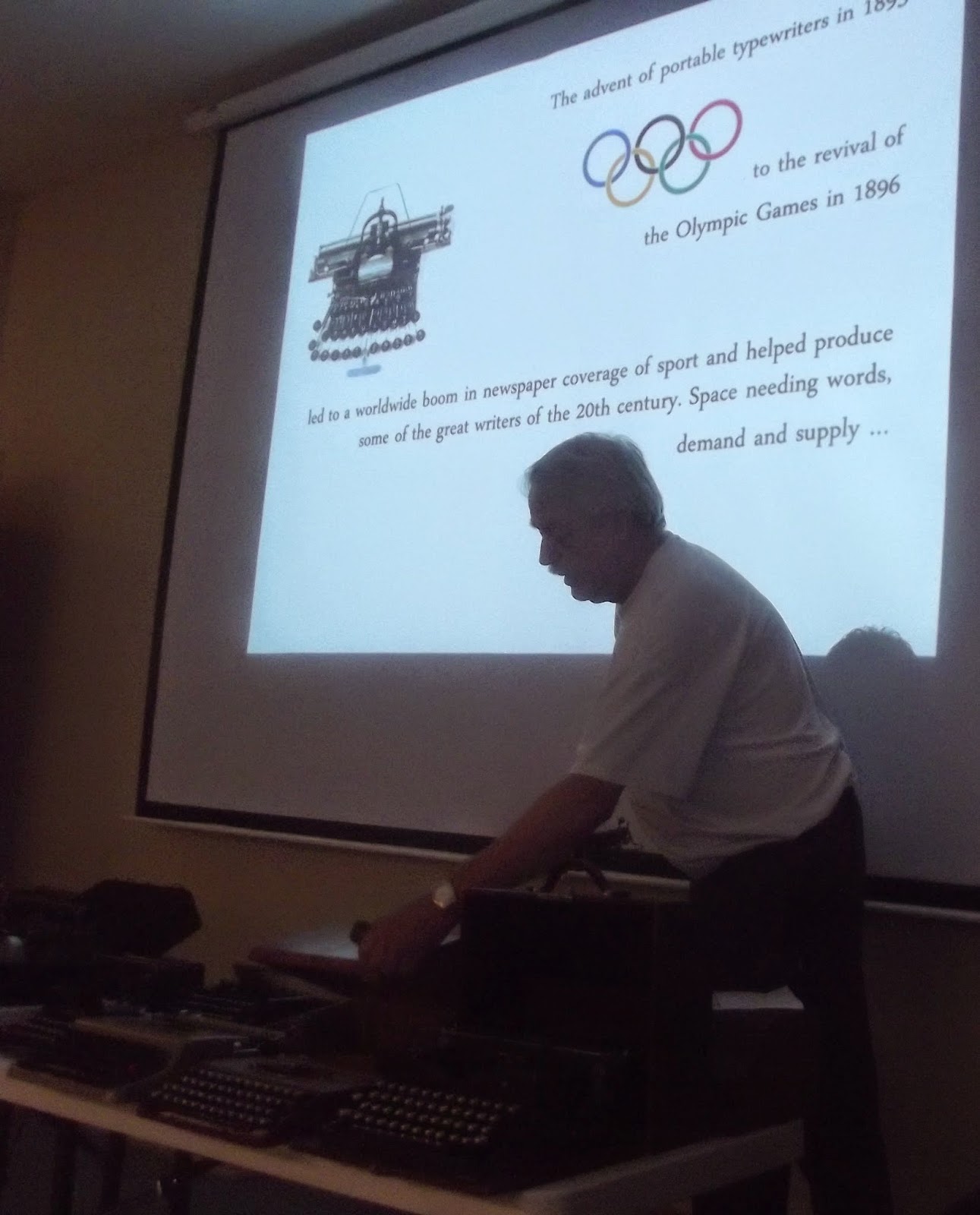 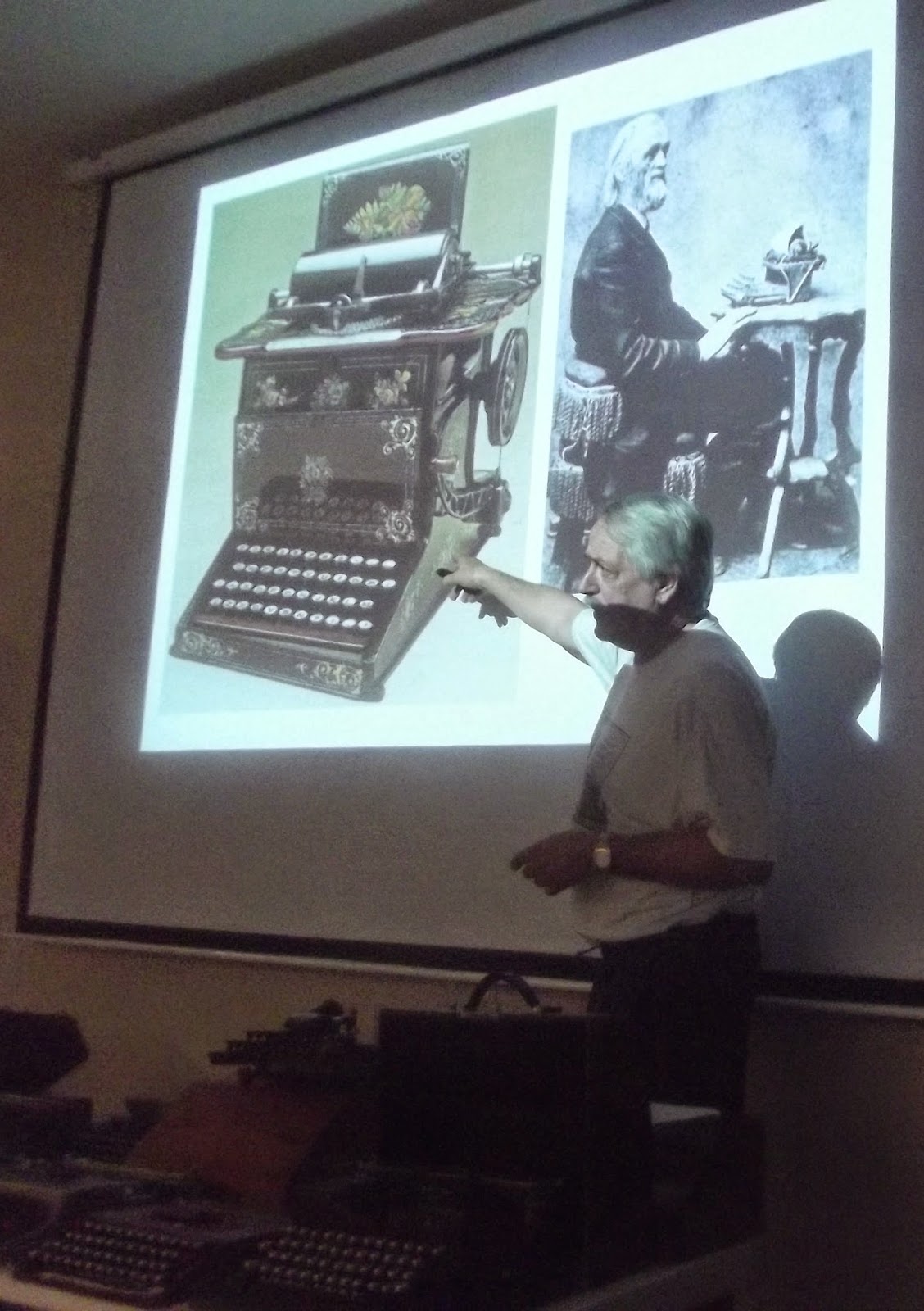 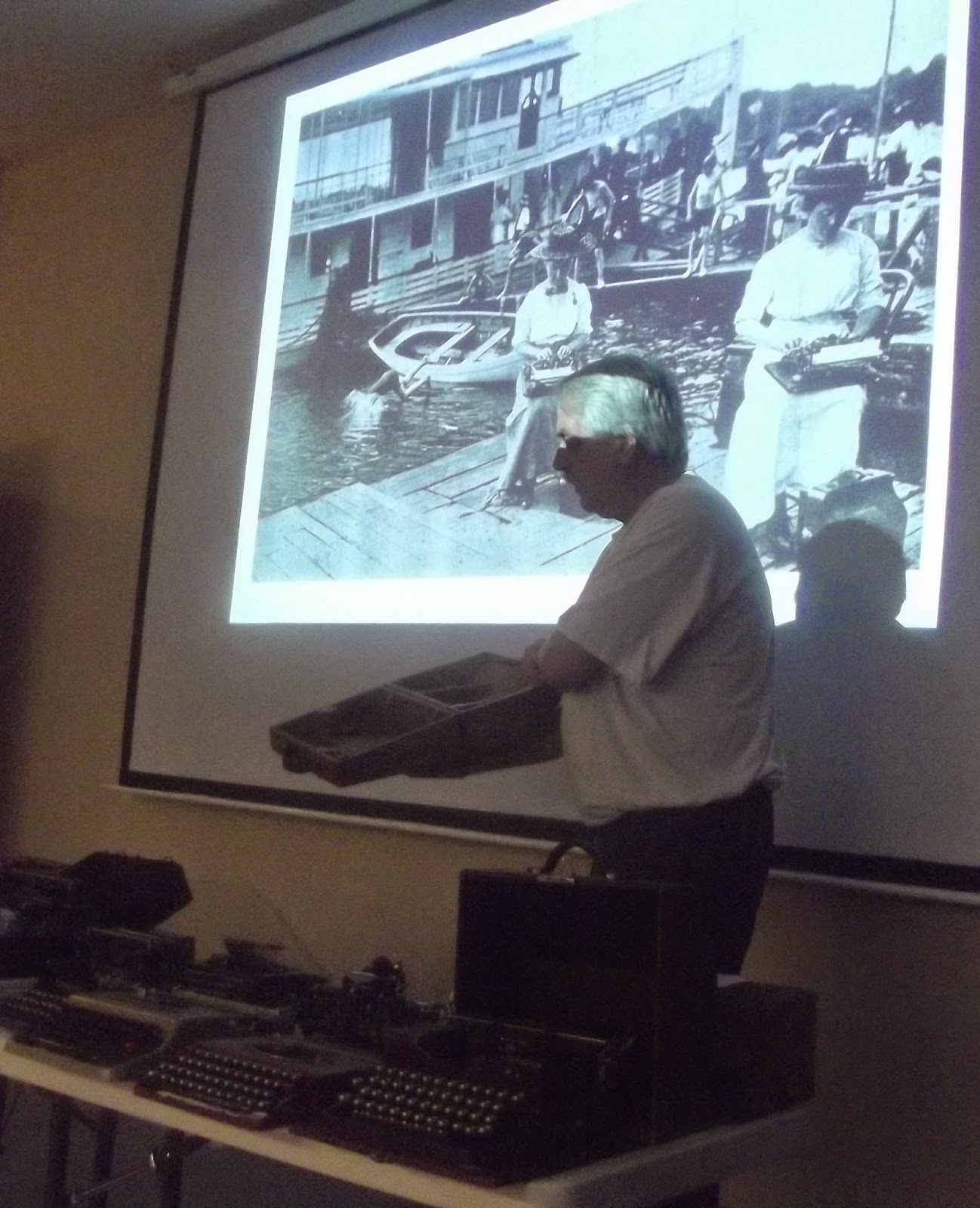 Demonstrating the weight difference in Blickensderfer cases.
A very special thanks to Peter Weil for providing me with so many great images to illustrate the talk, including pictorial evidence of early outdoor use of the Blickensderfer. 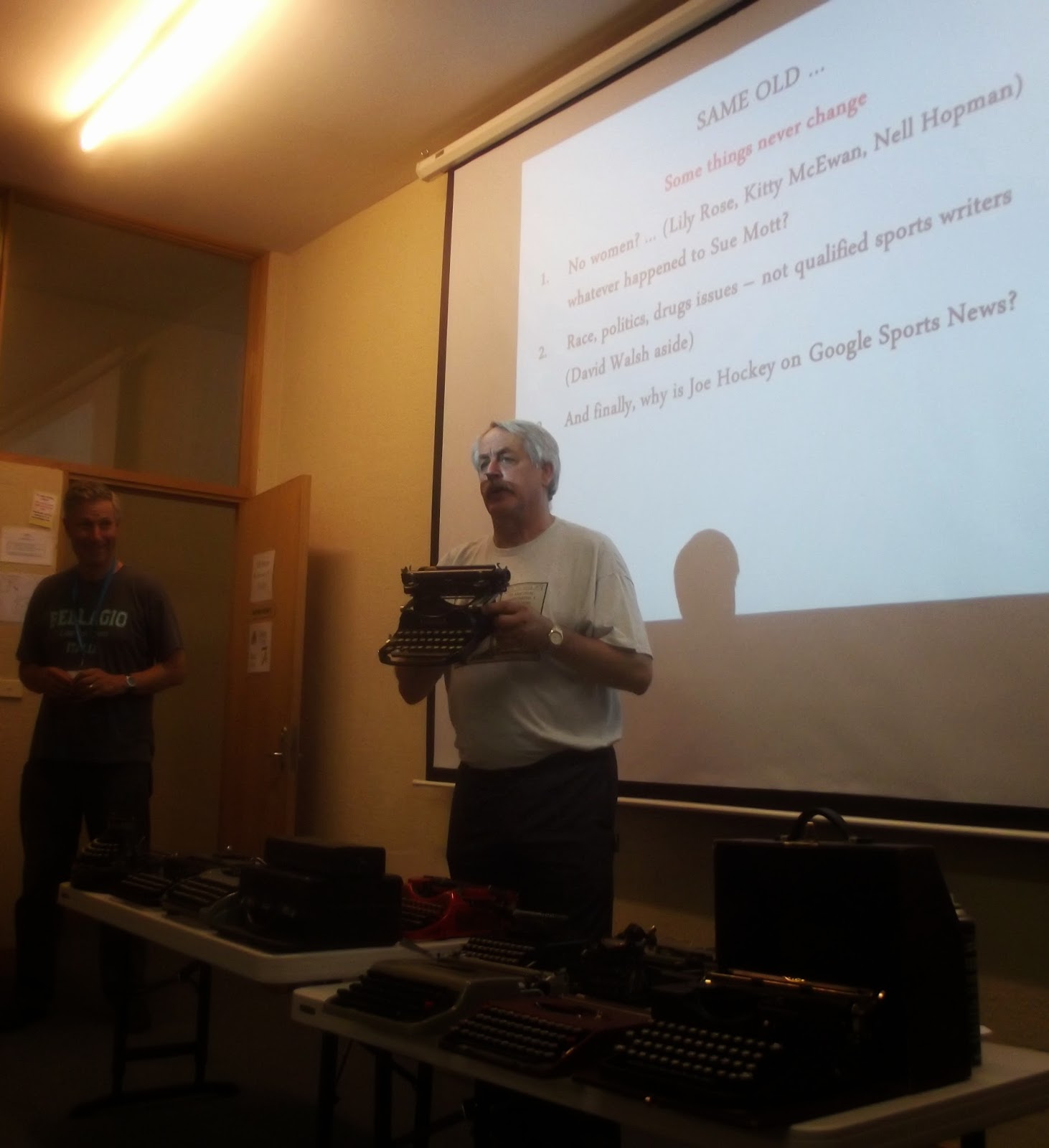 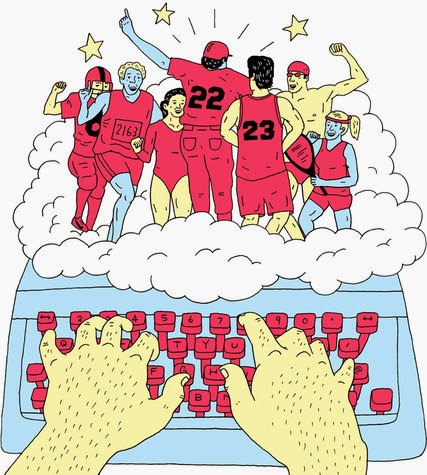 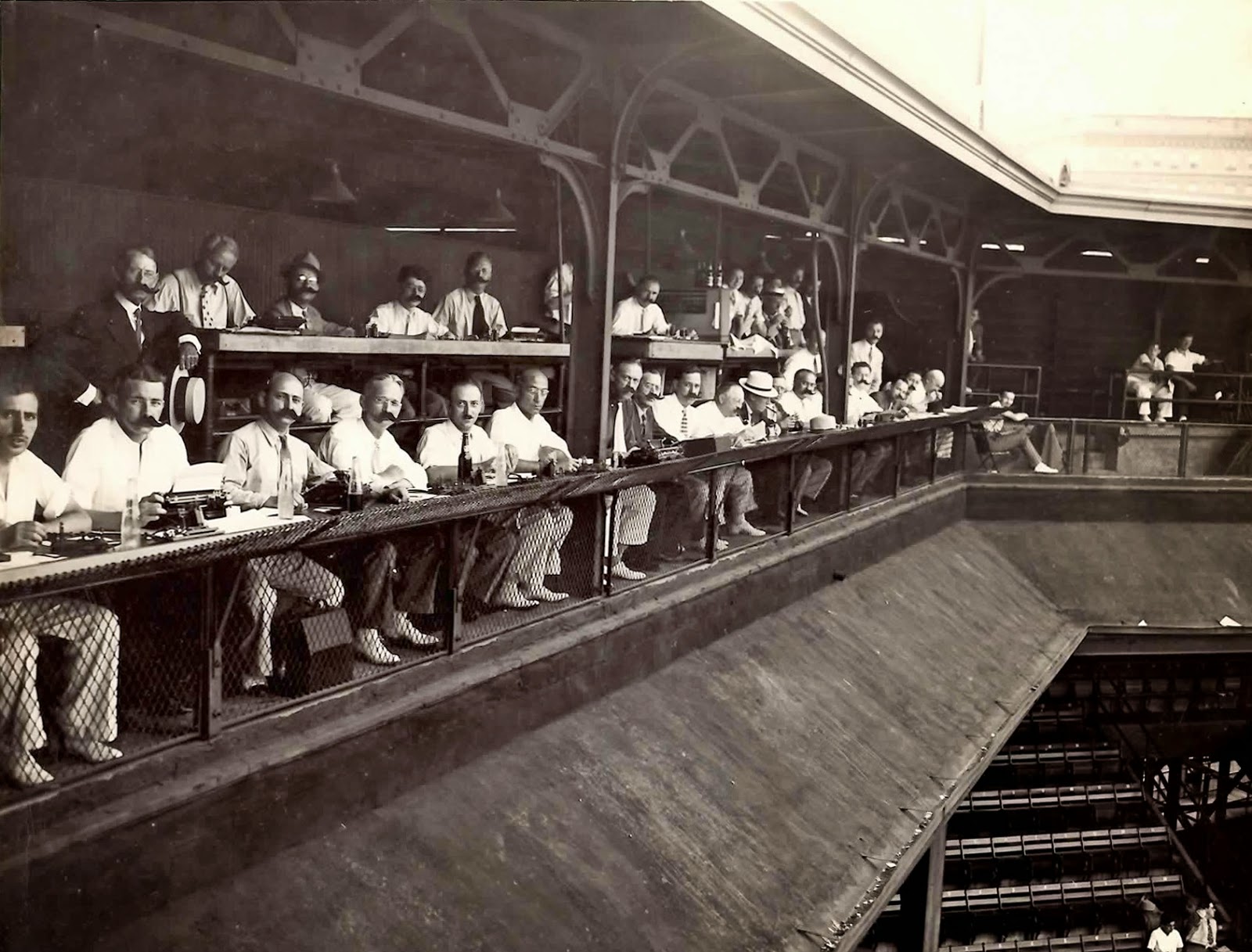 Turn of the century, above, 50 years later, below 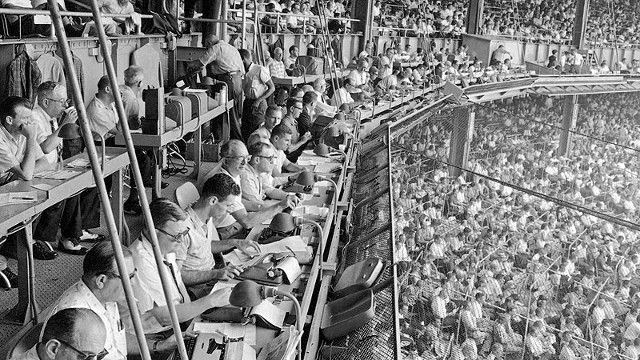 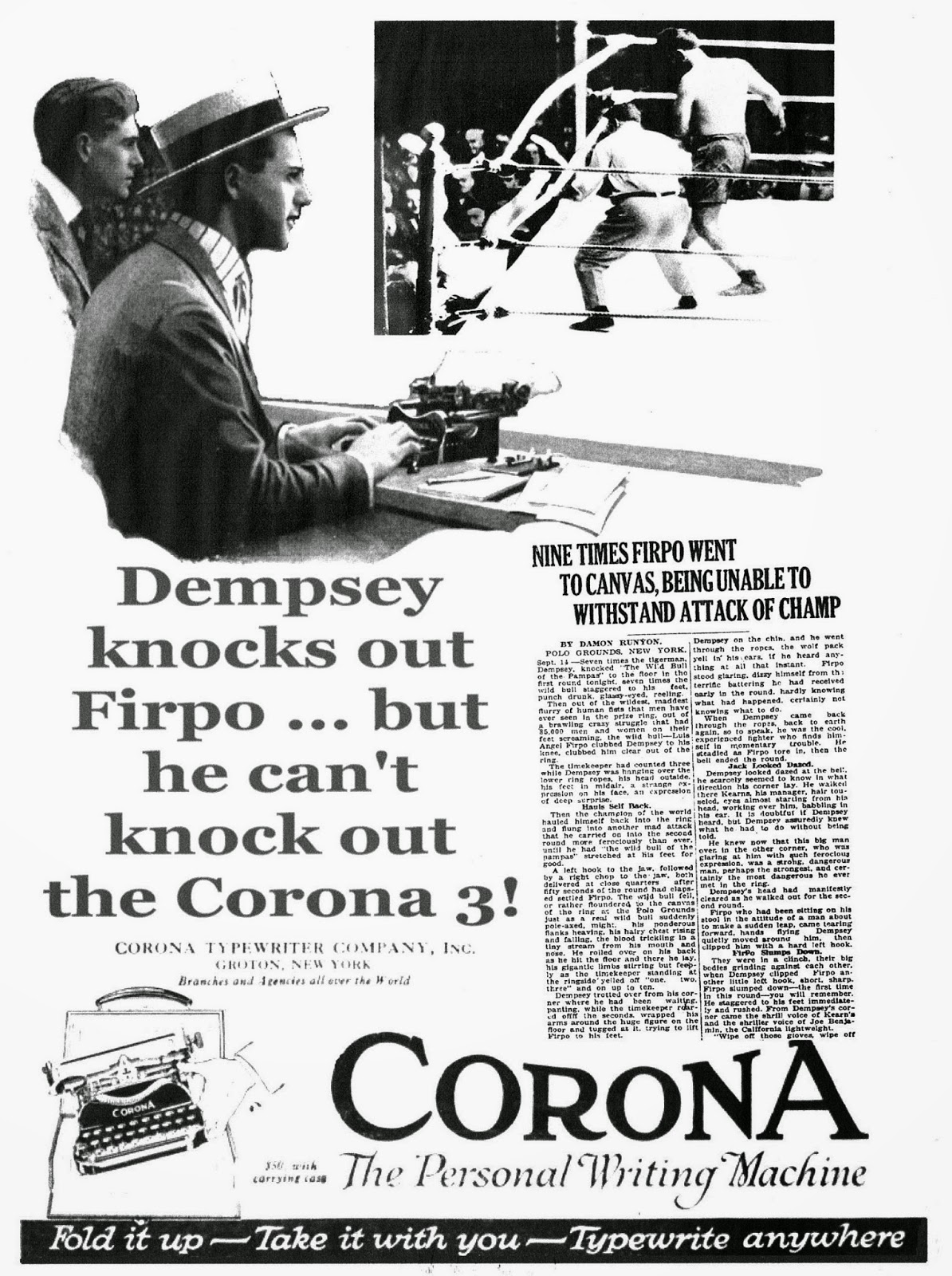 For many years I searched in vain for the famous Corona 3-Dempsey-Firpo advert. Did it exist, or was it just a good story? In frustration, eventually I mocked up my own. Real or not, it had the desired effect. 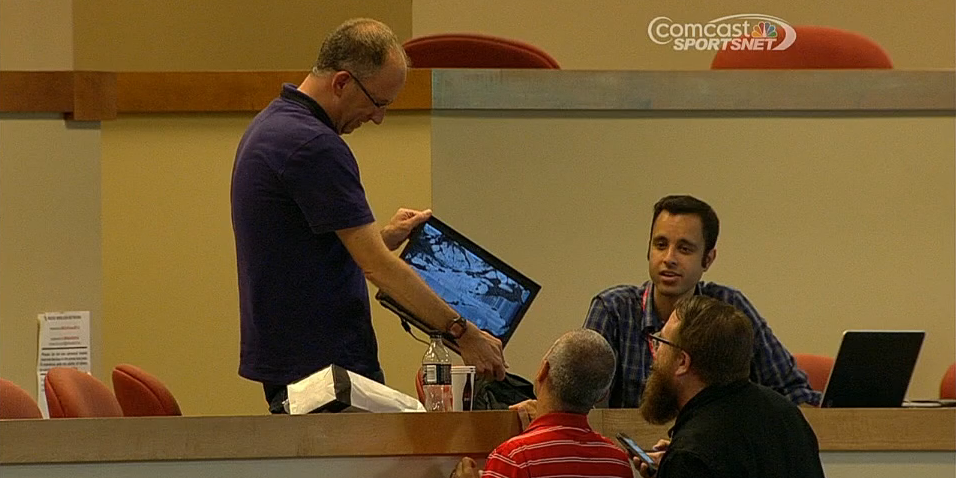 "It would never have happened if I'd been using a Corona 3!" 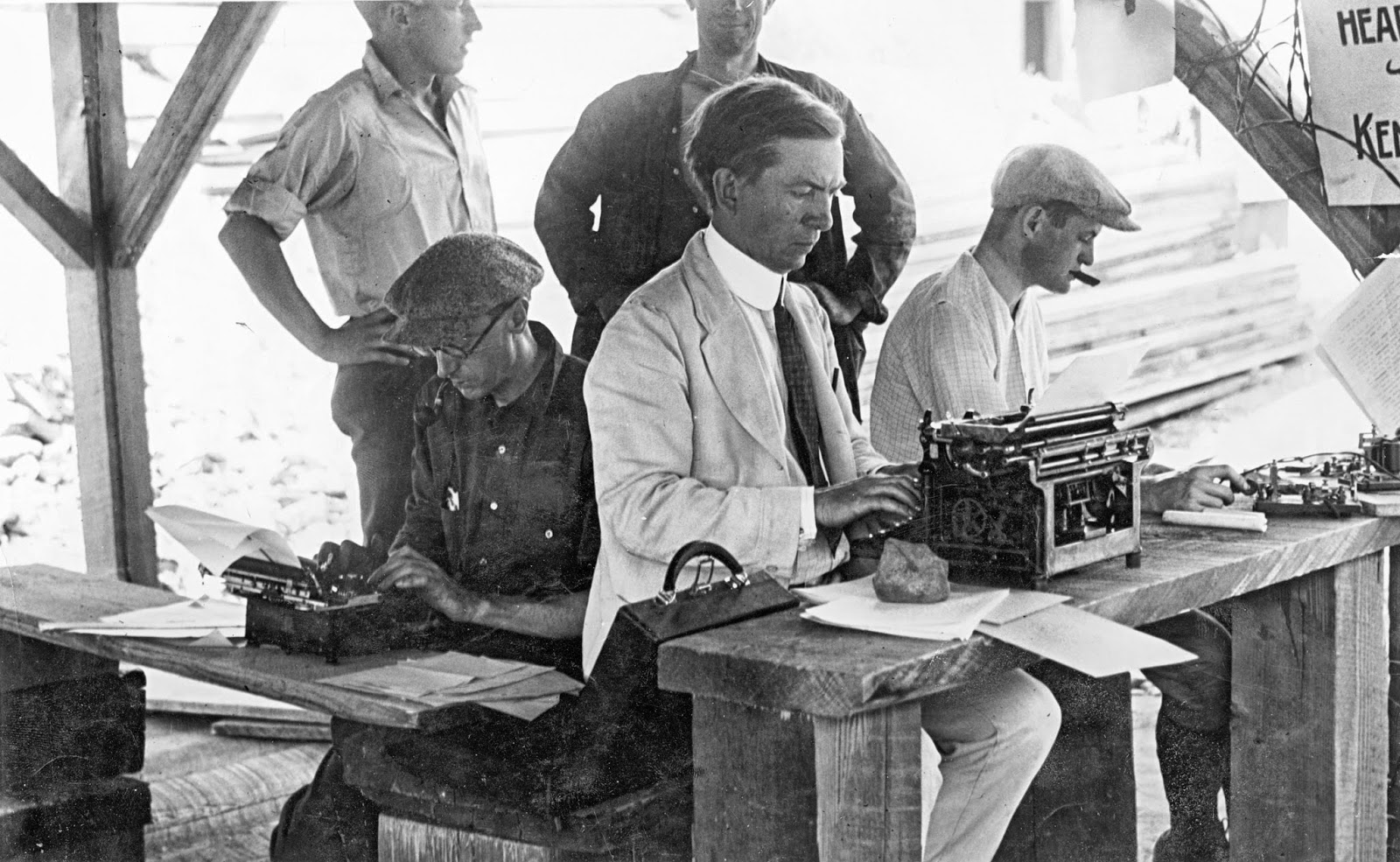 I've never even thought of sports writers using typewriters of events--but of course! Sounds like the presentation was wonderful. And what a collection!