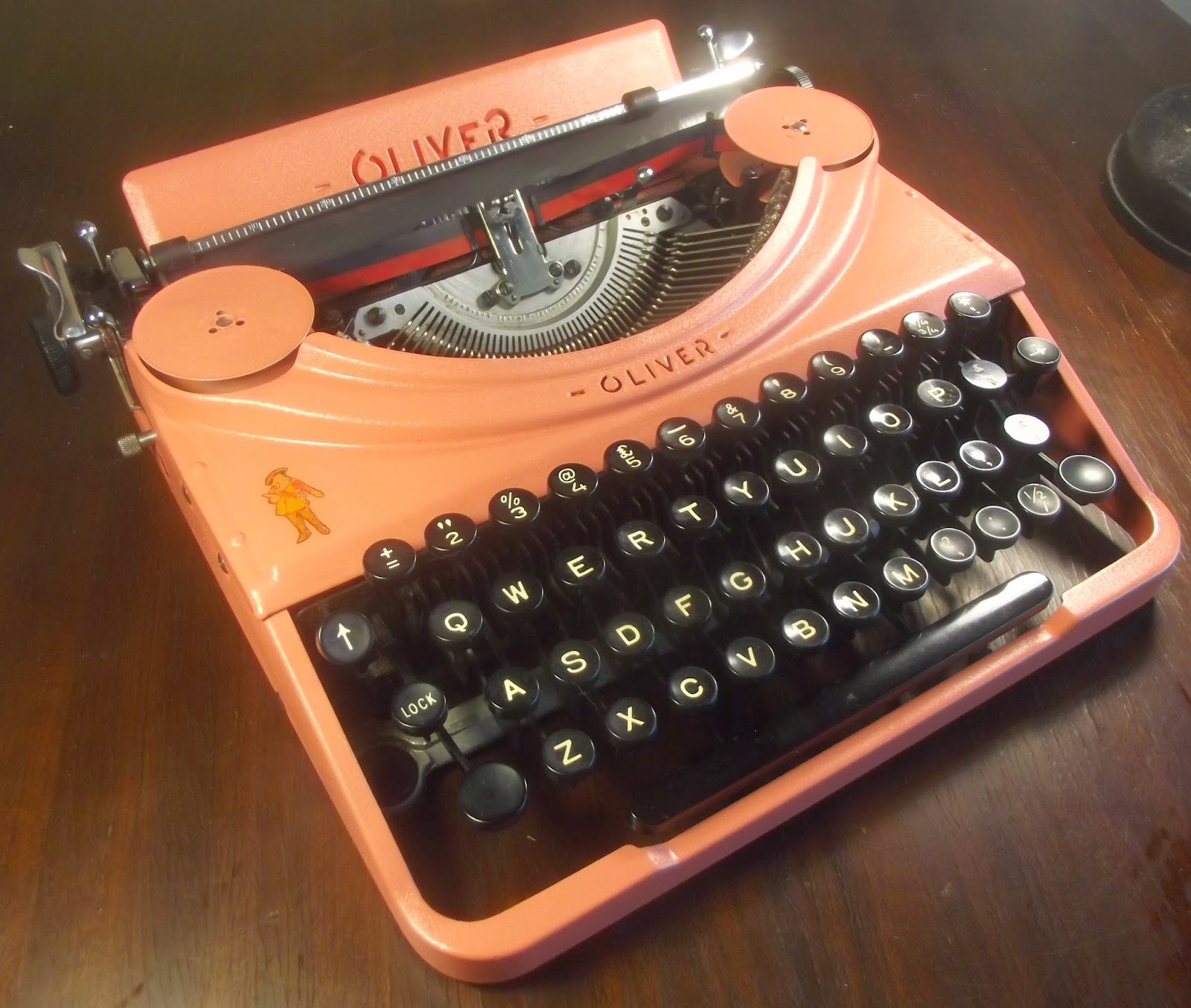 In my intense excitement when given four typewriters by an elderly, downsizing Deakin couple last week, I didn't pay a lot of attention to this Oliver portable (type 4). I am very familiar with this model, and my eyes were pretty much glued to a typewriter I hadn't previously encountered, an L.C.Smith 8 standard in mint condition. I was especially fascinated in the L.C.Smith since it was second-hand even when given to the donor when she was 16, in 1947, and looked like it had been bought first-hand just a month ago. But more on that later ...
The couple were justifiably proud of the condition in which they had stored all of their typewriters, one of which (a Smith-Corona Classic 12) they had lugged back to Australia from New Haven, Connecticut, after buying it there during the donor's stint at Yale. 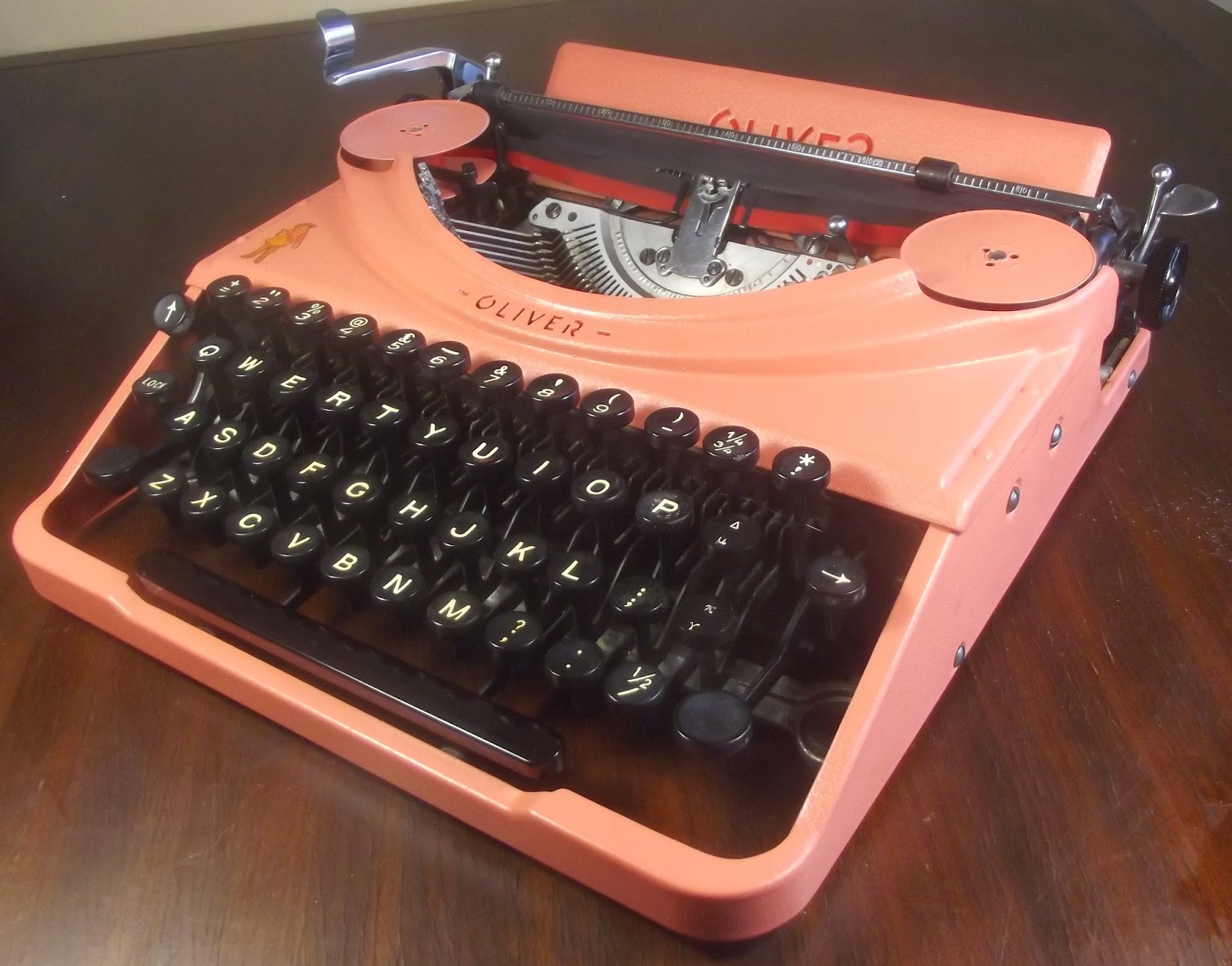 When I got home and uncased the three portables in the cache, it slowly began to dawn on me what a beauty I had in this salmon-coloured Oliver.  (It's the same shade, by the way, as Olivetti Lettera 22s quite commonly found in Australia.) The Oliver, too, was brought back to this country, from England, where it was purchased in 1955.
The Deakin couple had overlooked to mention it, but I soon discovered the Oliver has two special keys. These two keytops are flat, whereas the other keytops have the usual fingertip "bucket" dip: 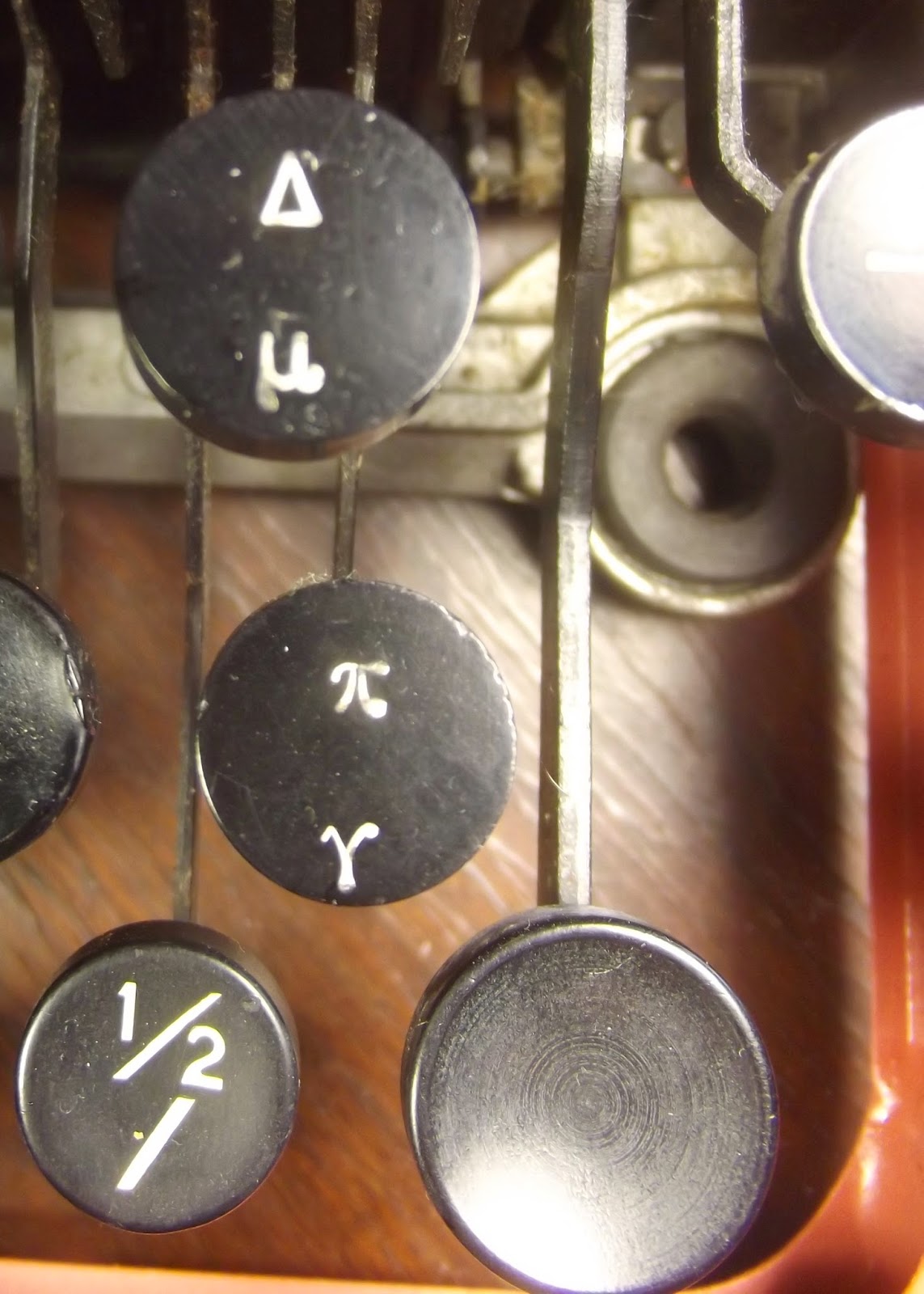 Further research showed these Greek alphabet characters - Gamma, Mu, Delta and Pi - are commonly used by entomologists in equations in their papers: 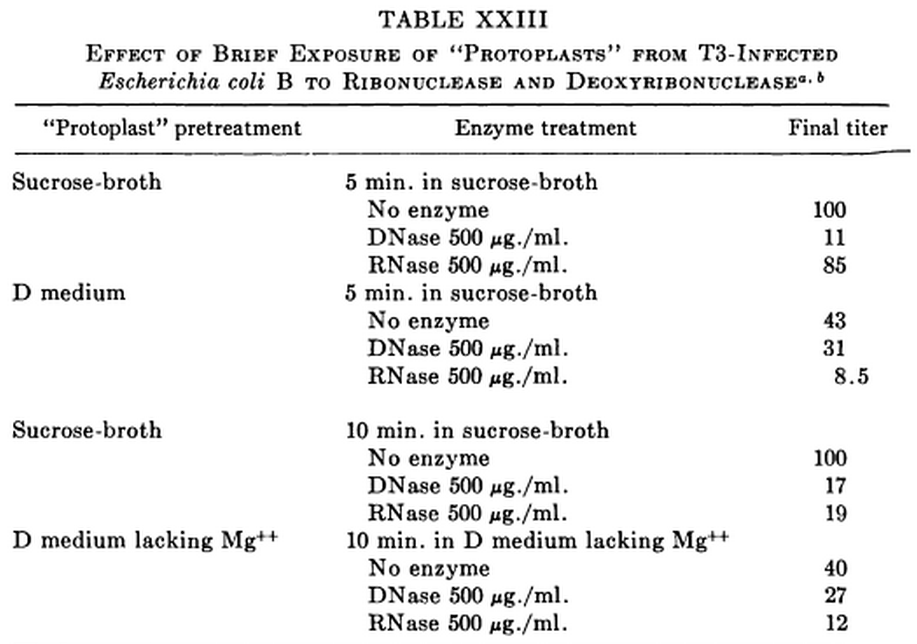 But perhaps the best find of all was this photo from the National Archives, taken in the Department of Entomology at the Commonwealth Scientific and Industrial Research Organisation (CSIRO) here in Canberra in 1960. It shows the Oliver's previous owner, Alestion Ross Gilby, at his workplace, with the Oliver portable in its case in the background: 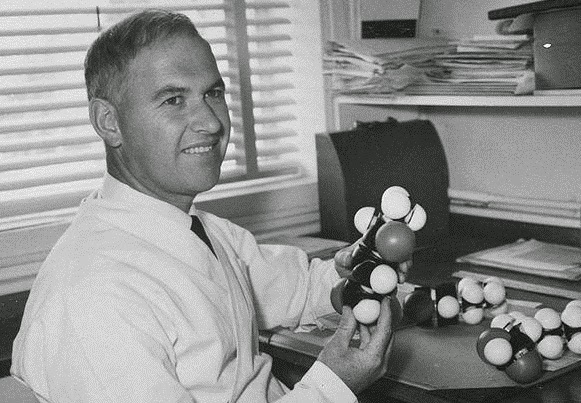 Mr Gilby is now 88, but still looking as bright and alert as he did when this picture was taken 54 years ago.
The typewriter was assembled in the British Oliver's Victory Works at 80 Gloucester Road in Croydon, London, from parts made in Switzerland. In this case, "British made" means the same thing as "Australian made" when applied to Remington portables assembled in Sydney from parts made in the US. This "type 4" Oliver is also often seen as a Patria. The old assembly plant is now a storage building: 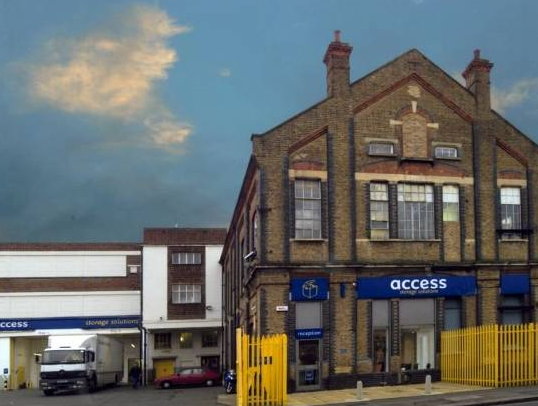 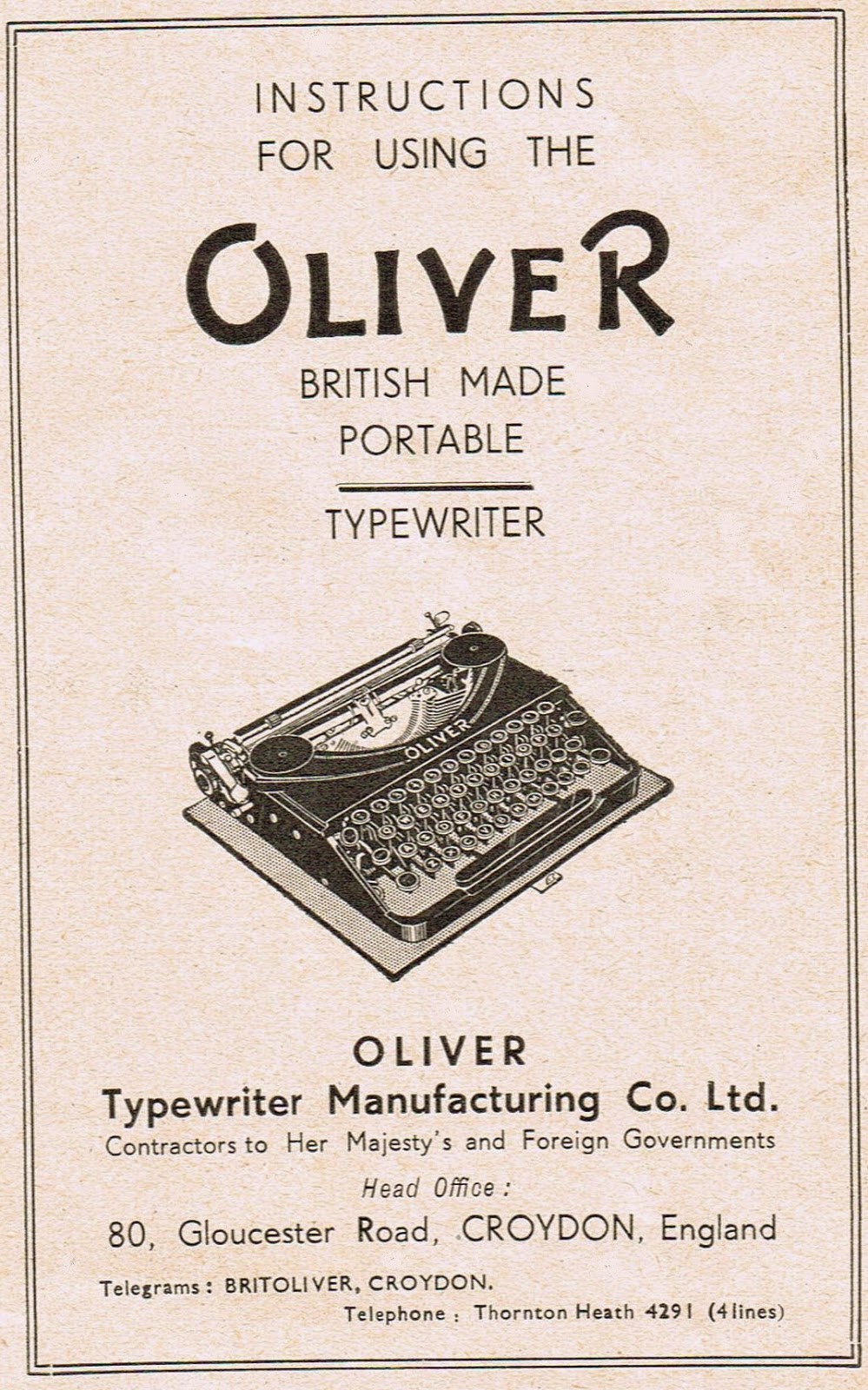 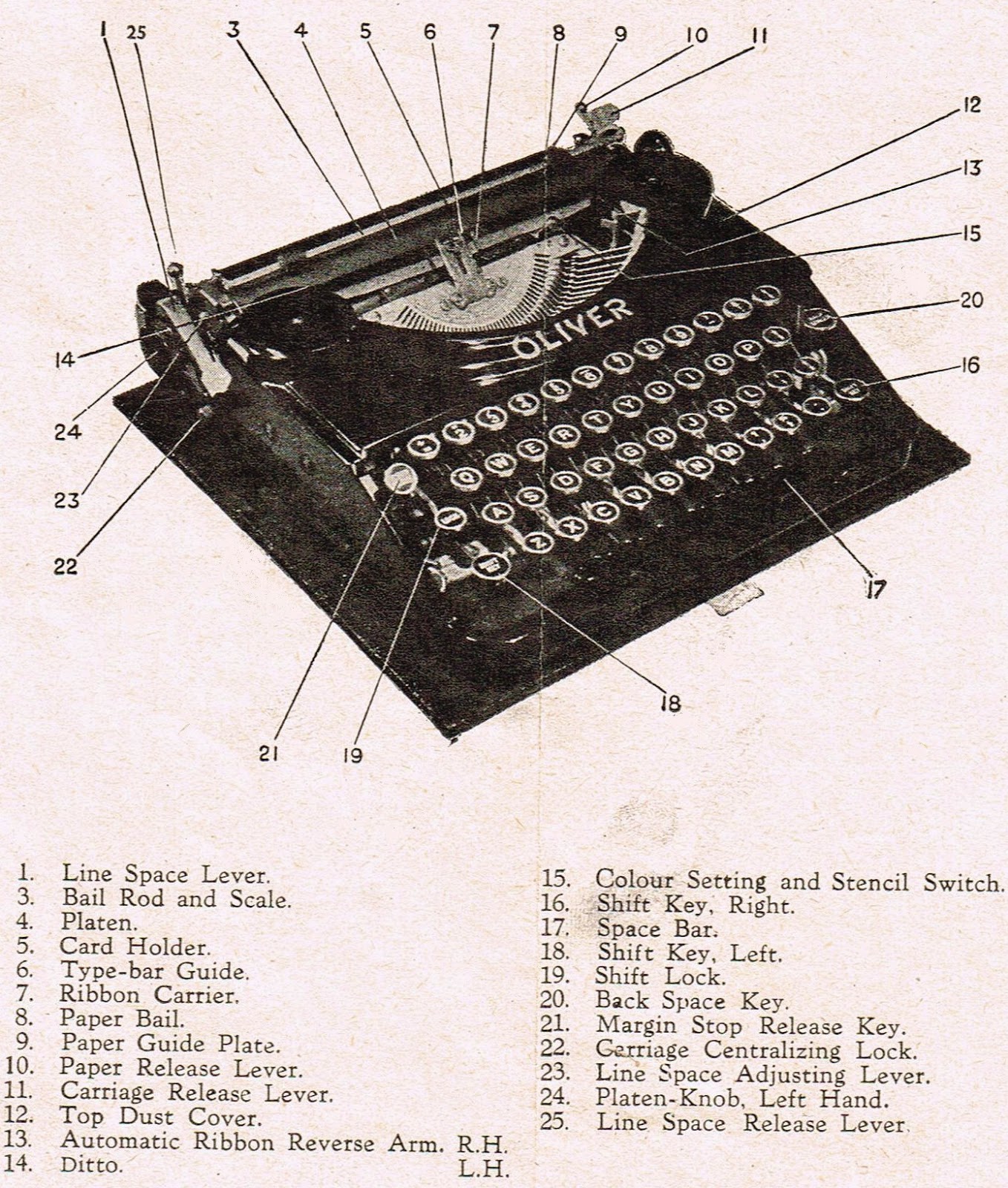 Posted by Robert Messenger at 10:27

I'm just incredibly jealous! Why can't someone give me something like that?

You are the typewriter magnet! And a pink Oliver no less - very cool. How is the Remington 12 doing - keep us posted. Thanks

Looks very striking and in great shape too. Well looked after with original spools and booklet. Nice that this one came to you.

Special keyboards are very neat - really like it when a tw has a mu symbol. (Makes my RP2 very usable for some reports drafting.)

Brilliant typewriter, brilliantly cared for, brilliantly donated. And yes, it looks very much the same (save the mod paint job) as my 1937 Patria. I hope it's as good a machine. The Patria is fantastic.