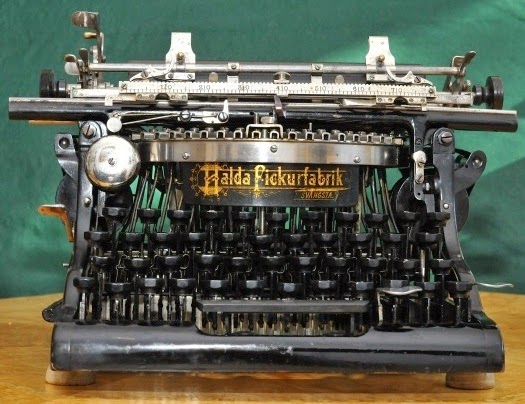 Finnish typewriter collector, Ville Dromberg of Helsinki, sent me this image of his Halda Model 4, pointing out that, "Unfortunately,  there is not much on the Internet or elsewhere about this machine." See The Typewriter Database entry on this machine here. 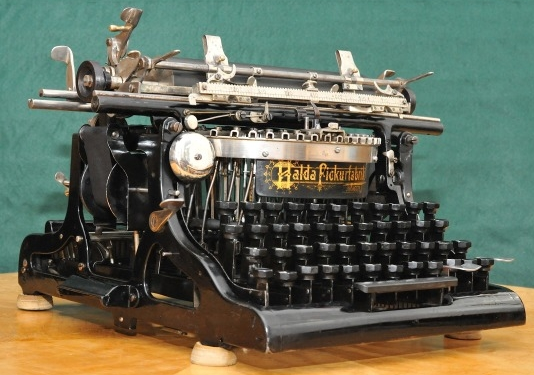 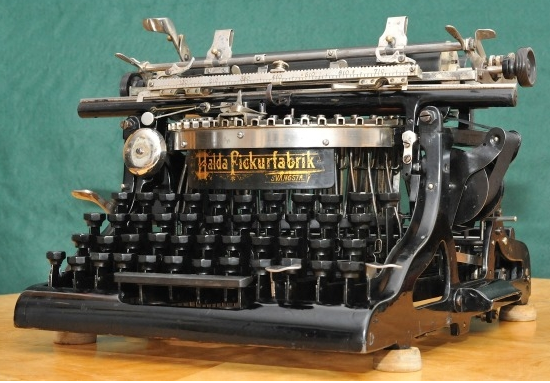 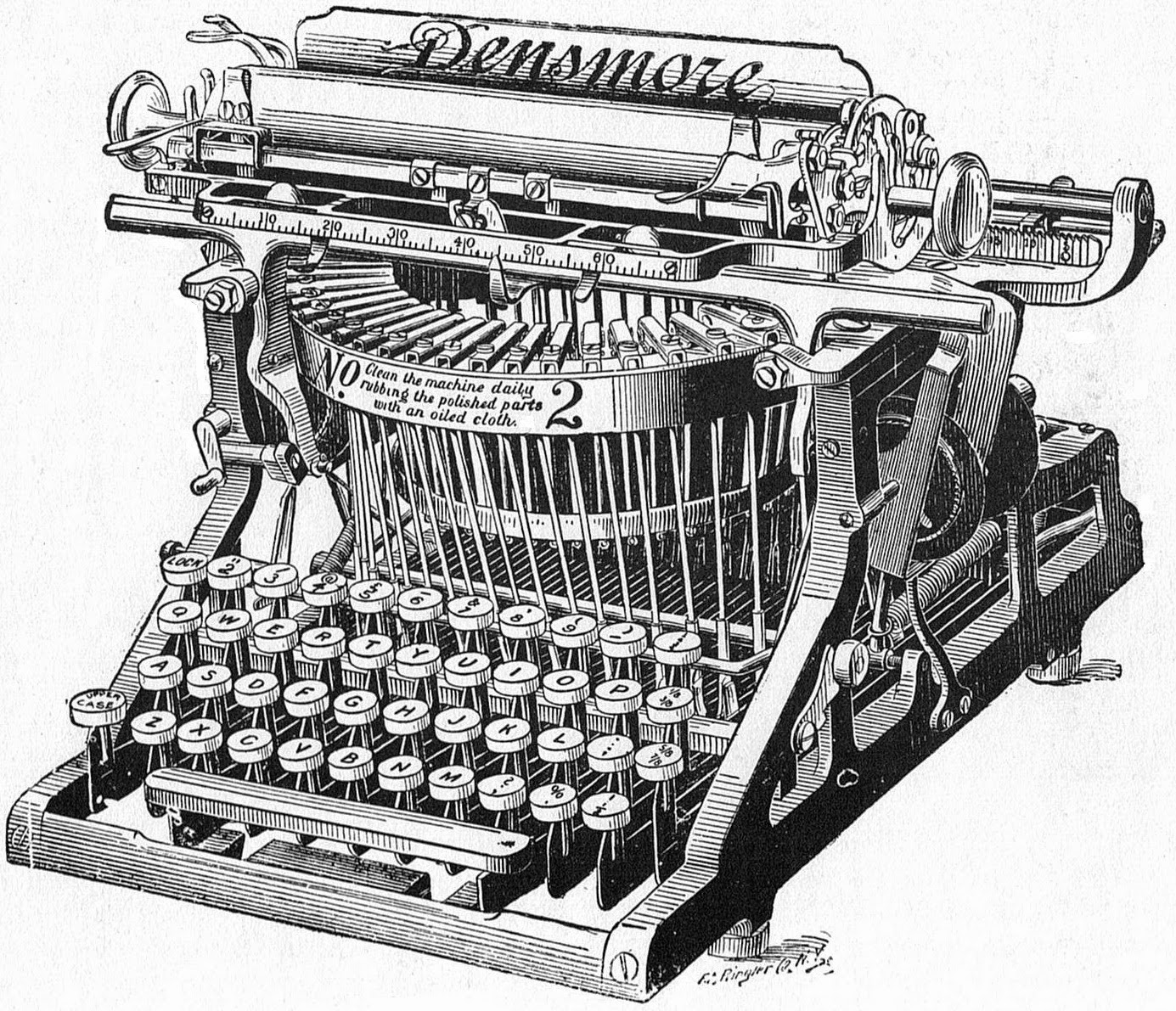 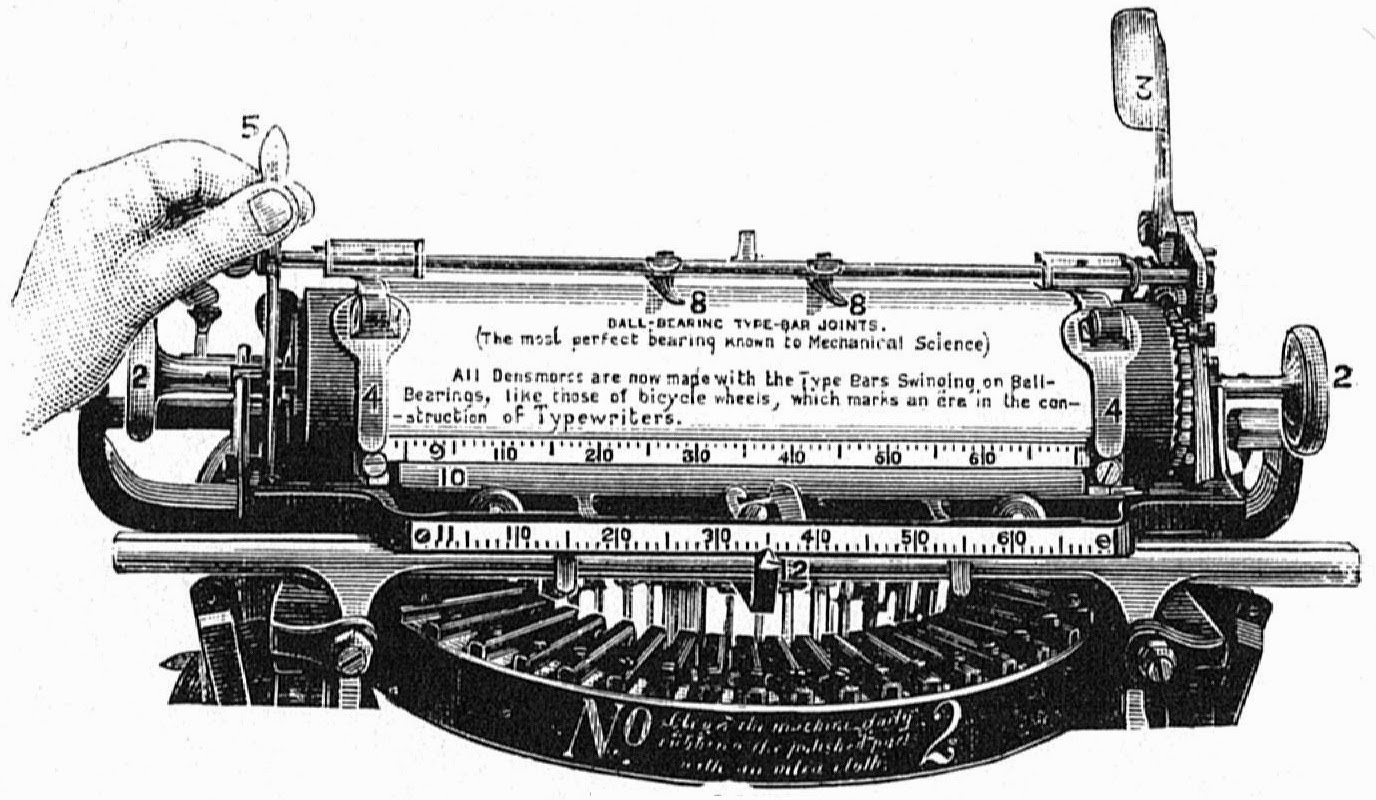 I recognised the machine as a Densmore and Ernst Martin confirmed that Halda's "first models ... recalled the Densmore". Adler described them as "patterned after the Densmore". It looks to me like there was more than "patterning" involved, but patent rights, too. The Halda 4 is almost identical to the Densmore 2, with the most obvious differences, judging but these images alone, being the bell on the front and the chrome band around the typebasket, with a brandname plate underneath it.
The Halda Model 4 of 1902 represented the Swedish company's first truly successful venture into typewriter manufacturing. The Model 8 of 1914, which "recalled" the Underwood, was Halda's first "conventional visible upright", says Adler. 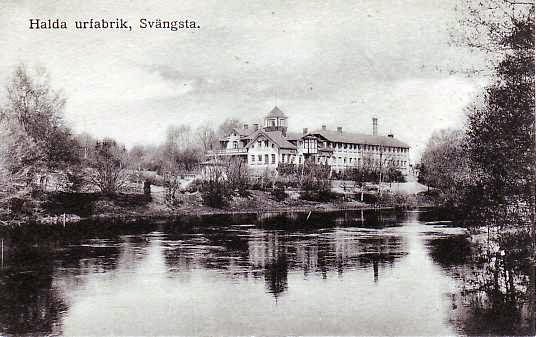 The Halda Fickurfabrik AB Svängsta (pocketwatch making) company took its name from its founder, watchmaker Henning Hammarlund, born in Varalöv on December 30, 1857, and a graduate from the Geneva Academy of Horology in 1880. Halda was established in Svängsta by Mörrumsån in Blekinge in the south of Sweden in 1887 and started making typewriters (based on Charles Spiro's Bar-Lock) in 1896. Hammarlund was struck down by poor health in 1918 and by 1920 his company was in liquidation. Hammarlund, below, died in Bastad on April 25, 1922. 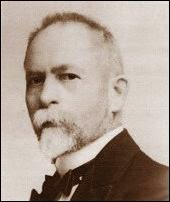 After the company went into liquidation, AB Halda Fabriker was formed to maintain typewriter production, but this company went bankrupt in 1927. Halda AB was established, merged with Norden of Denmark in 1935, and three years later was taken over by AB Åtvidabergs Förenede Industrier and converted to a subsidiary under the name Facit-Halda AB. Halda remained the typewriter brand in the Åtvidaberg Group until 1957, when it switched to Facit. 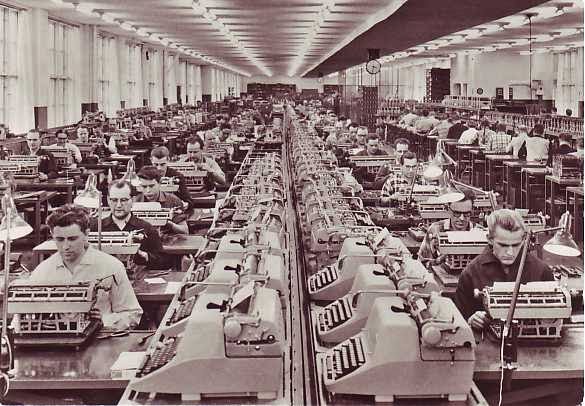 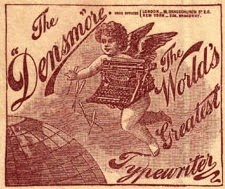 Martin Howard Collection
Meanwhile, back in the good ol' US of A, the Densmore had emerged in 1891 as a serious competitor to Remington, Caligraph, Hammond, Crandall, Yost, Smith Premier and Bar-Lock. But upstrike typewriters were already on the way out, and recognising the inevitability of visible typing, Remington formed the Union Writing Machine Company in March 1893. Caligraph, Yost, Smith Premier and Densmore joined in, along with Monarch, to protect their market share against the visible typing challenges of Oliver and Wagner (later Underwood). 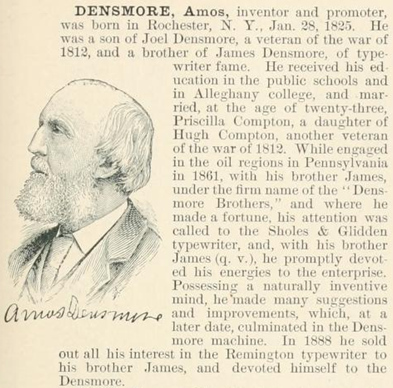 The pre-1893 version of the Densmore (the No 1) was the design work of Walter Jay Barron, the estranged stepson of James Densmore, and Amos Densmore, brother of James Densmore, with Franz Xaver Wagner adding finishing touches to the mix just before the machine went into production at the Merritt brothers' plant in Springfield, Massachusetts. 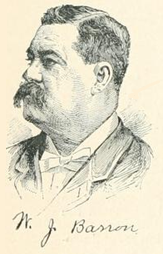 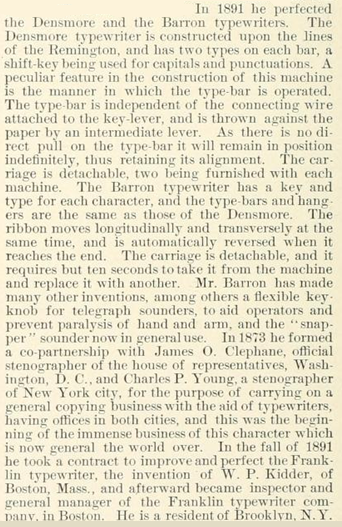 After the establishment of the Union Trust, Henry White Merritt (1858-), who had been working for the Smith brothers and was now employed under the wing of the trust, joined Walter Barron in making substantial improvements to the Densmore on behalf of the trust. The first and most notable of these was the revolutionary ballbearing-jointed typebars. Scientific American reported on April 17, 1897: 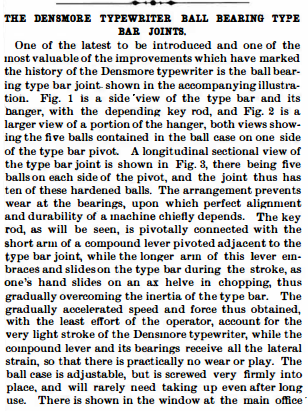 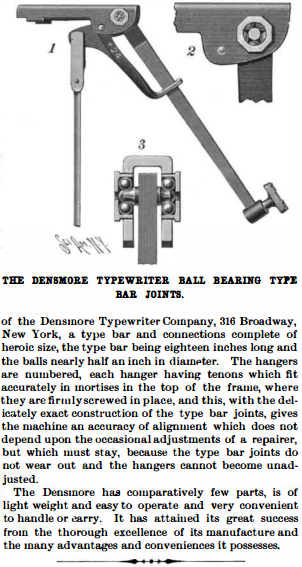 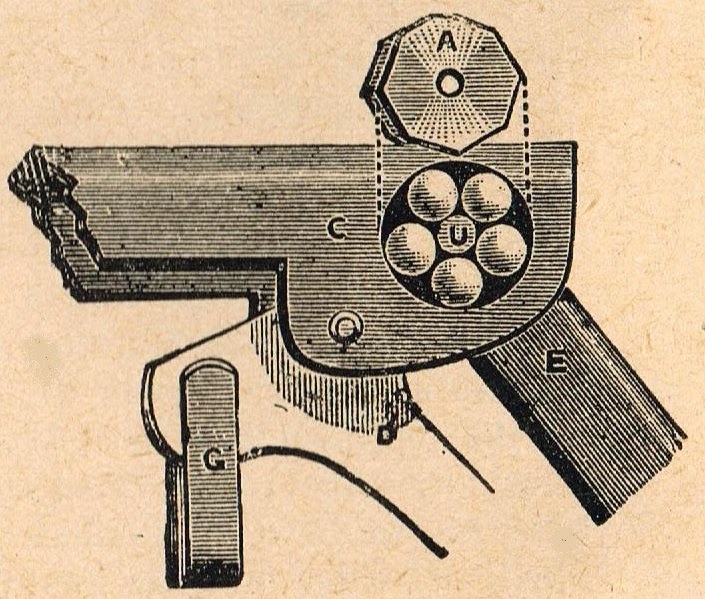 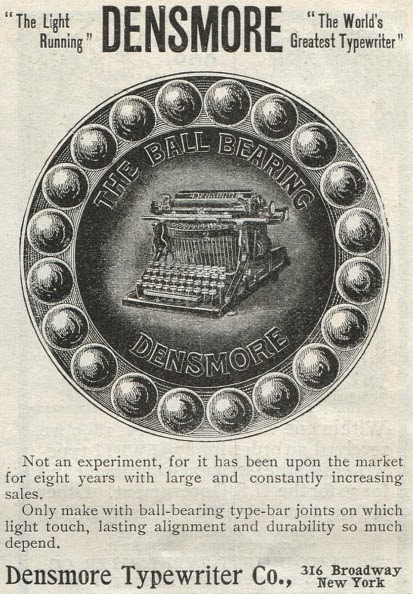 Don Sutherland made these interesting observations about the Densmore in his The Typewriter Legend: 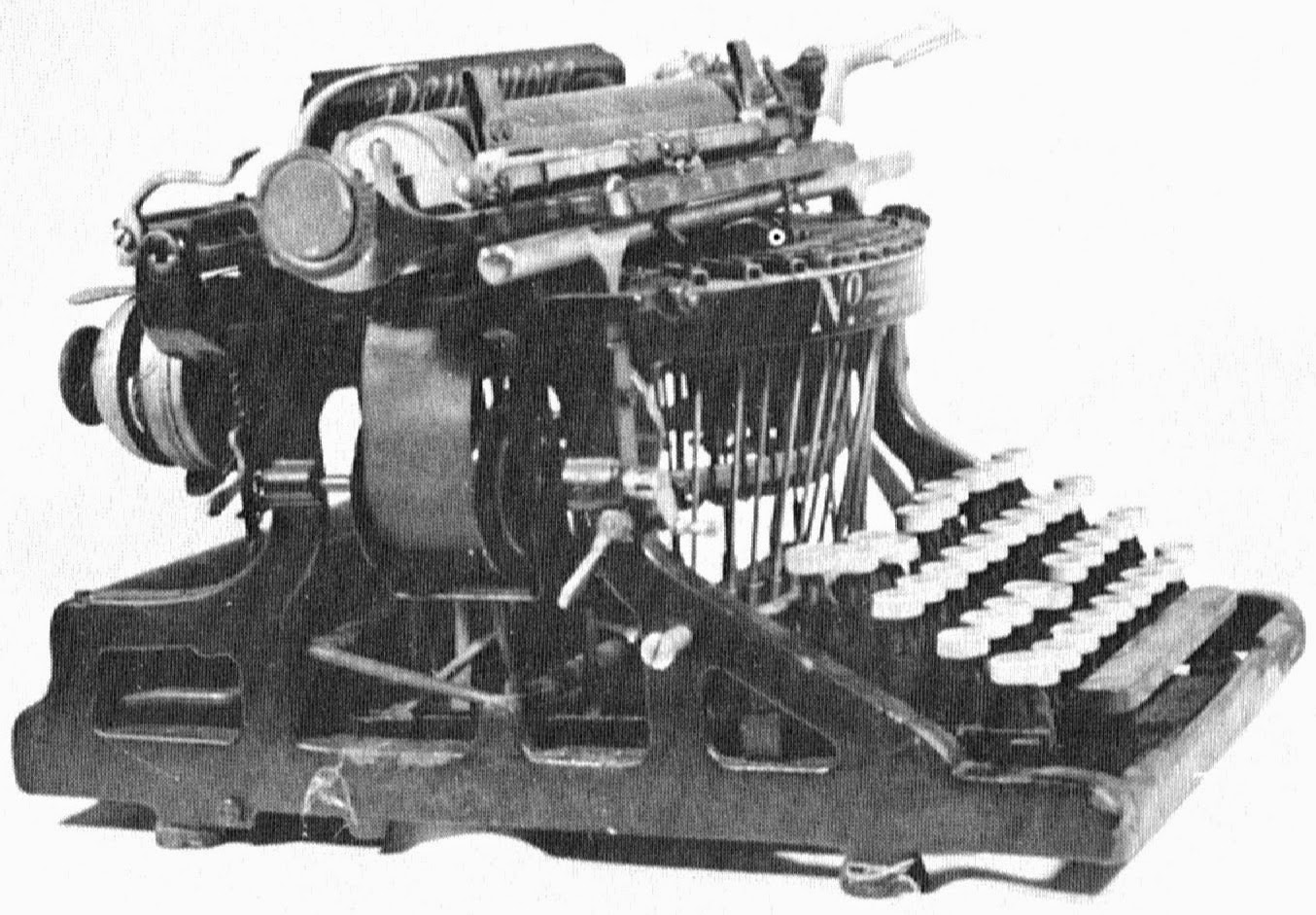 Sutherland was, however, being misleading in mentioning James Densmore - James was two years dead and had had nothing to do with the design of the machine that bore his surname. And he'd also cut Walter Barron out of his will.
Barron's partner in redesigning the Densmore, Henry White Merritt, was one of four Springfield brothers who all had a hand in the burgeoning typewriter industry in the late 1880s, including producing the Merritt index machine. 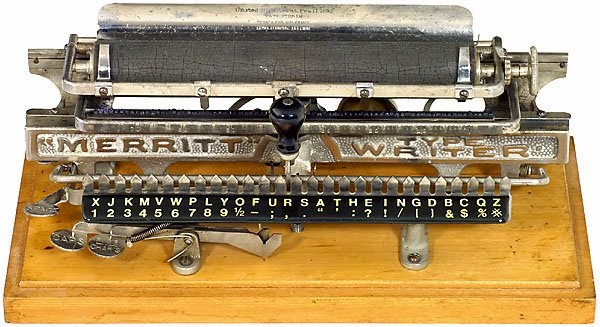 The other brothers were Alonzo (1847-), Mortimer George Merritt (1858-1941) and Charles (1861-1889). They were the sons of Samuel Fowler Merritt (1820-95), one of America’s more notable mid-19th century silversmiths. Alonzo became a jeweller while Mortimer and Charles worked as engravers. The family business, Merritt Brothers, were also die-sinkers. Mortimer patented wood type-making and metal type-making for the Remington and Caligraph typewriters. He also designed a typeslug for improved alignment on the Yost. 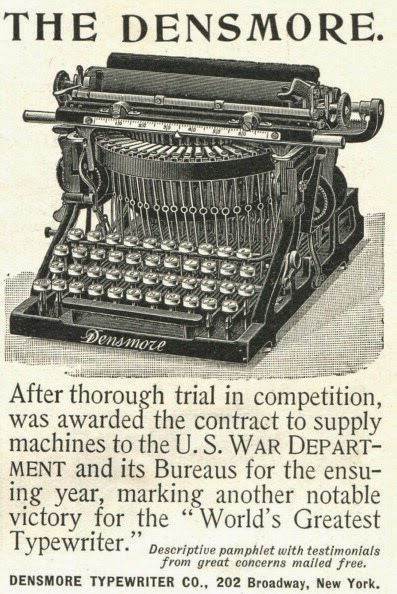 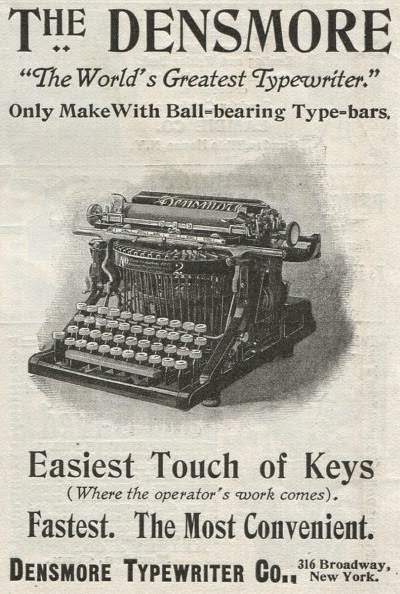 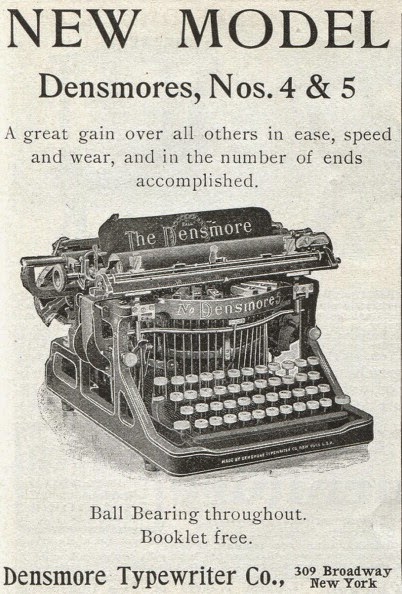 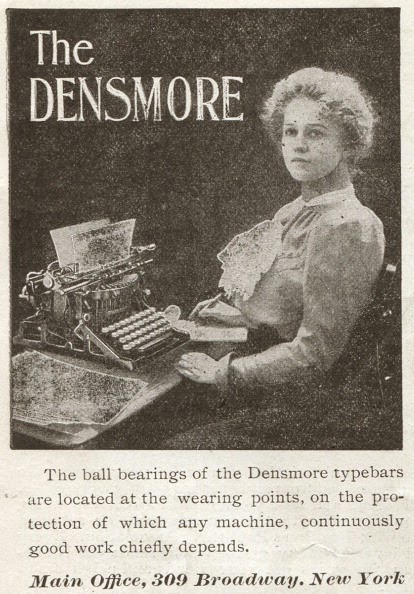 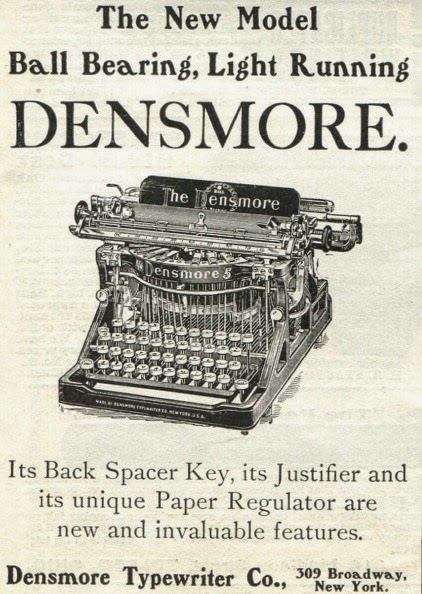 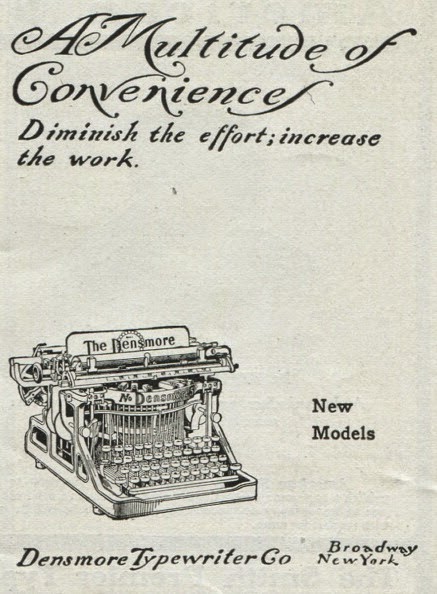 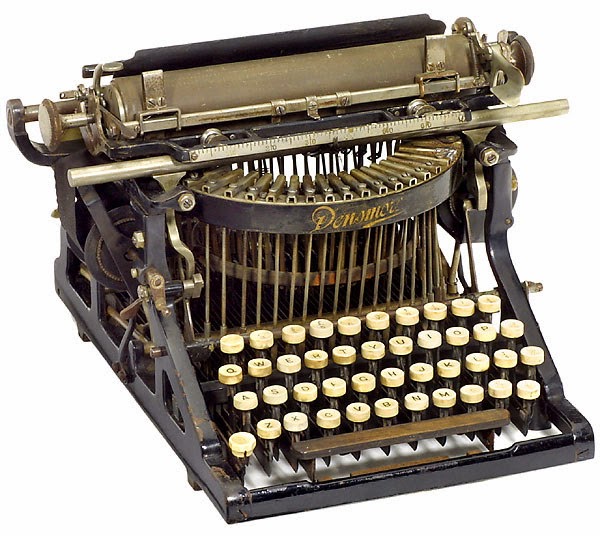 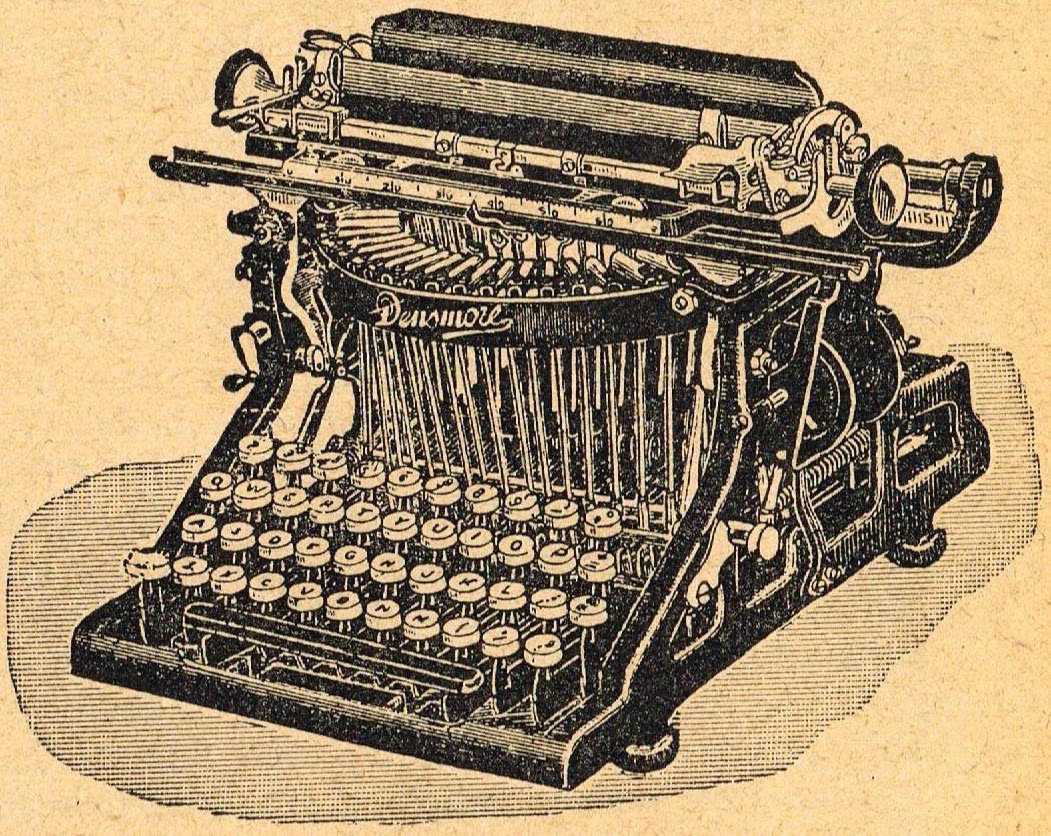 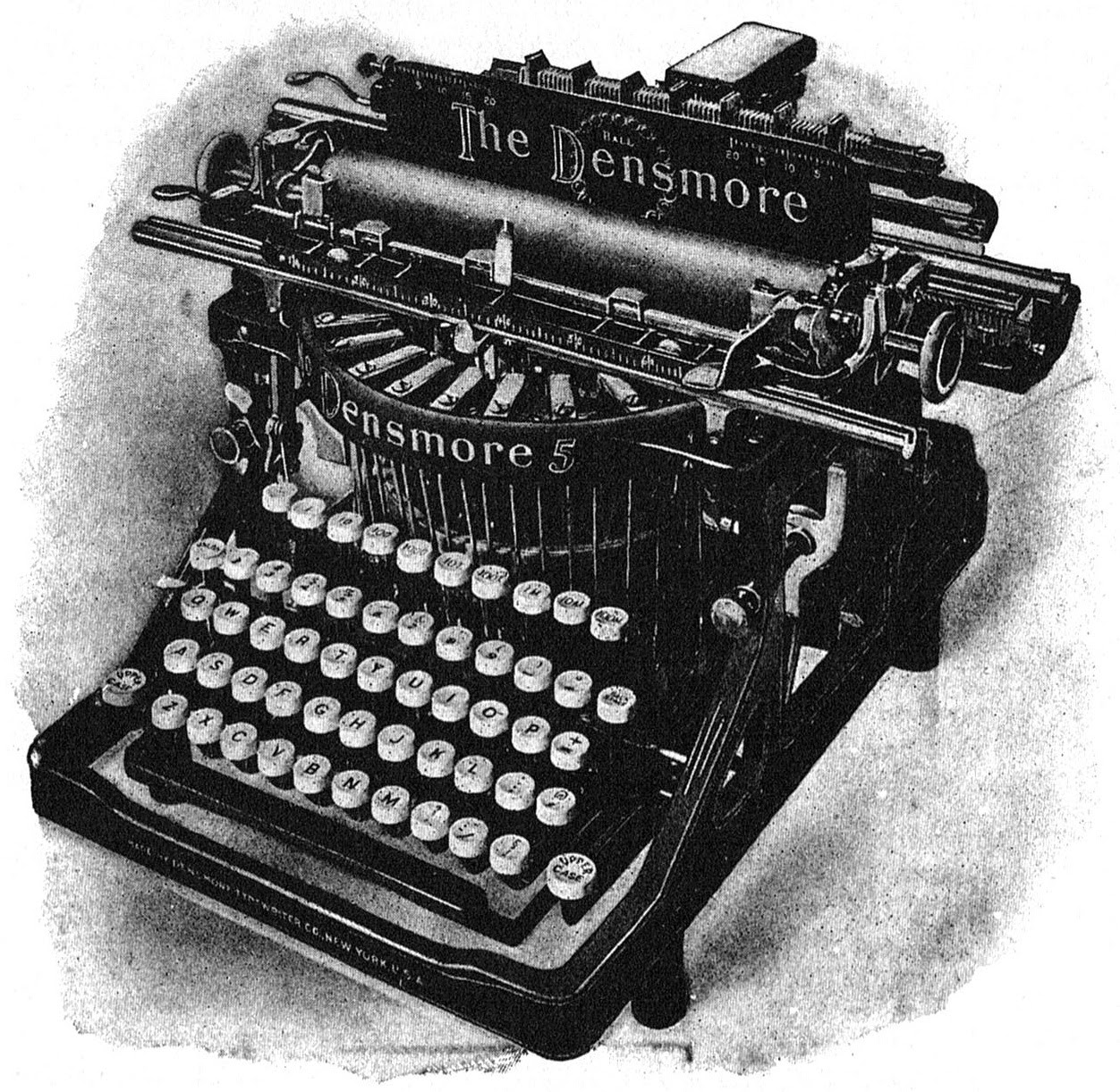 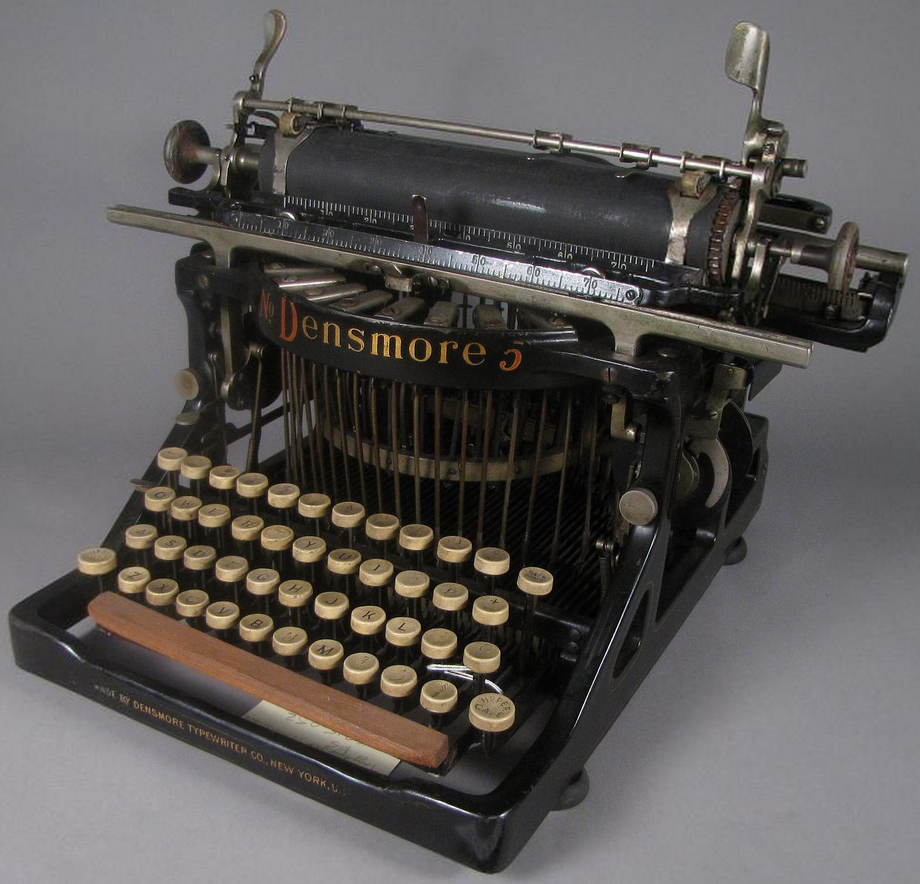 That Halda in the initial pic is a BEAUTY! I just don't know where you get the energy for your encyclopedic work!

Thank you Robert for your extensive report. It is a blessing that there is an old journo in the typosphere. I still have a feeling that the Halda 4 is a bit a mystery machine.

fabulous article, thanks a lot!