Killing Me Softly With Her Movie 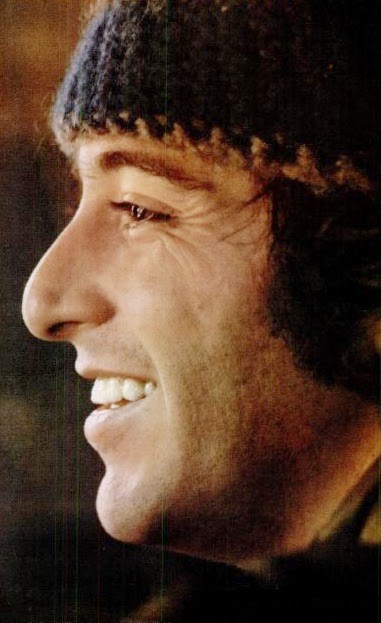 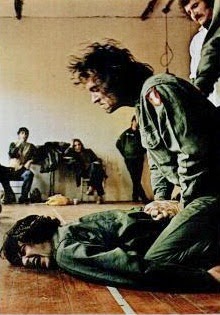 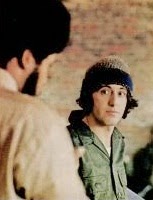 These photographs were taken by Cameron Forbes for LIFE magazine's issue of March 31, 1972. They were taken at the Charles Theatre for David Wheeler's Theatre Company of Boston, where Forbes was lighting director and official photographer. They show Al Pacino rehearsing the title role of a misfit drafted into the US Army in The Basic Training of Pavlo Hummel, a mordant, satiric anti-war drama by Vietnam veteran David Rabe, the first of Rabe's searing trilogy of Vietnam War plays and the one most directly expressive of this theme. The production opened in the late spring of 1972, while The Godfather, released on March 14, was playing to mammoth cinema audiences. Pacino had left immediately after finishing filming The Godfather to appear as a guest artist in the play - for $200 a week.
Forbes was most probably never paid anything for LIFE's use of his photos, taken and distributed as part of his job in helping publicise Wheeler's theatre company. Forbes's life in the late 1970s, notably his struggle with bipolar disorder, is now the subject of the movie Infinitely Polar Bear. Until his eldest daughter Maya Forbes lovingly wrote and directed the movie, Cameron Forbes's most memorable legacy had been these long-forgotten and unaccredited photos of Al Pacino. And that's sad, but true ...
Forbes's other daughter, singer China Forbes, recalls of her dad, "He was really talented, but he struggled with mental illness. He kept himself together to raise his girls, but after we left home … He never really had a career, so my mother decided she would have to provide for us as best she could." Encouraged by their father, China and Maya grew up steeped in creativity. "Dad got us painting, singing, acting. We would put on plays in the laundry room of our apartment block." She is currently working on a screen musical with Maya and a cousin, Ed Droste of indie art-rockers Grizzly Bear. 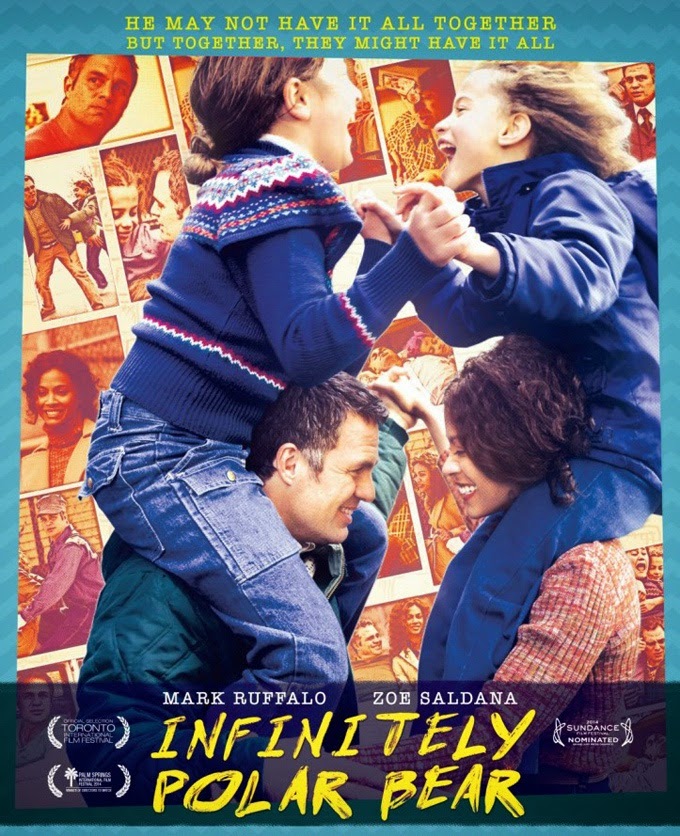 It's a long while since I have been as engrossed by a movie as I was with Infinitely Polar Bear. Yet, for all that, I was squirming in my cinema seat. For me, at least, the film is so close to the bone it was almost too uncomfortable to watch. The woman in Norman Grimbel's lyrics was "embarrassed by the crowd", as the young stranger "sang as if he knew me, in all my dark despair". I suddenly knew how she felt!
One reviewer has written that Infinitely Polar Bear is "nothing more than discomforting and slightly cringy viewing", which is true to a point - for someone who knows what it's like to behave like that. But then she concludes that the movie "does a lot while saying very little, ultimately doing no justice to those who experience mental illness, from within or without." As a long-term bipolar sufferer, someone who had made those around me interminably suffer, I can say with a great deal of surety and sincerity that this closing comment is no more than contemptible nonsense. 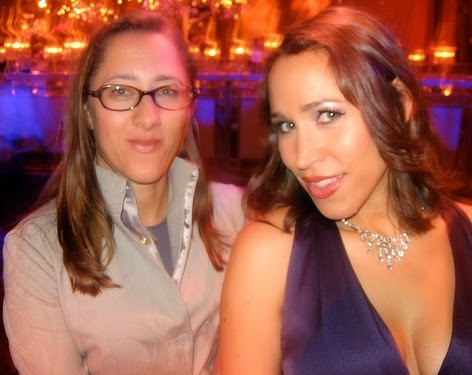 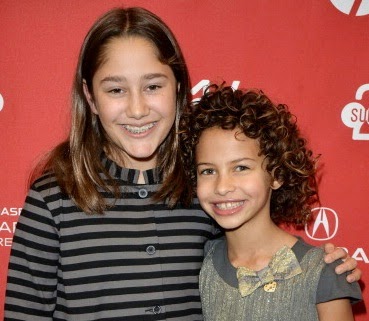 In the movie, the parts of Maya and China are brilliantly played by Maya's daughter Imogene Wolodarsky (left, as Amelia Stuart) and Ashley Aufderheide (right, as Faith Stuart; Faith was the name of Cameron Forbes's mother).
The film is primarily about Maya Forbes and her younger sister, singer China Forbes, being cared for by their father Donald Cameron Forbes (1939-1998) in Cambridge, Massachusetts, in 1977-78, while the girls' mother, Peggy Woodford Forbes, was attending the business graduate school at Columbia University in New York City. It is a no-holds barred, personal view of living with a man seriously and often dangerously affected by bipolar disorder, so it is naturally very near to my heart. In fact, there were times - especially in the scene when late one night "Cam Stuart" rifles through stacks of cardboard boxes, pulling from one some tightly entangled, brightly coloured telephone, computer and electrical cables - that I thought I was looking into a mirror rather than at a screen. Then there is the childish argument over the ongoing usefulness of a dishwashing sponge. Talk about "Strumming my pain with his fingers, singing my life with his words ..." This was like Maya Forbes "telling my whole life" with her words and her directions for this movie! That's how accurately Maya Forbes has portrayed what it's like to live with bipolar - perhaps more accurately than I have previously seen on a screen, big or small. 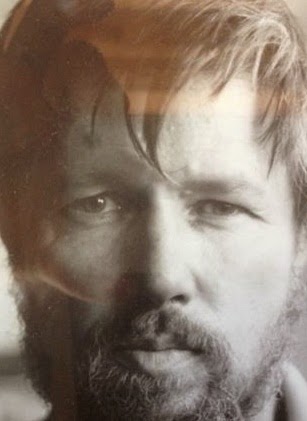 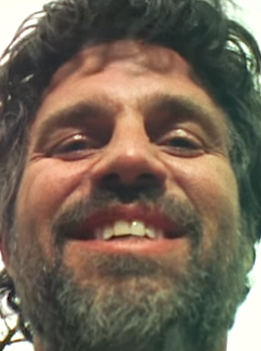 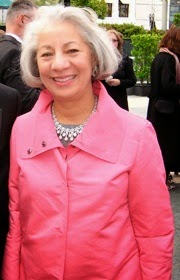 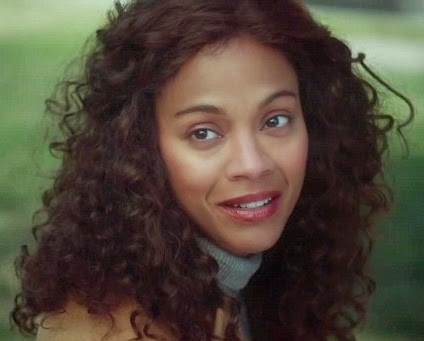 Zoe Saldana as Maggie Stuart (Peggy Forbes)
Being left feeling so "exposed" by the end of it, for me the movie might have been a little better served with a series of brief synopses about what became of the main characters. So I have written my own:
Maya Forbes: Amelia Stuart in the movie. She was born in Cambridge, Massachusetts, on July 23, 1968. Maya graduated from Harvard University in 1990 and moved to Los Angeles that same year. She is the writer and director of Infinitely Polar Bear. Her other writing credits include the screenplay of The Rocker (2008) and many episodes of The Larry Sanders Show (one of my favourite TV comedies). She was a co-executive producer of The Larry Sanders Show in its later seasons and executive producer of the sitcom The Naked Truth and the TV miniseries The Kennedys. Forbes received Emmy and WGA Award nominations for her work on The Larry Sanders Show. She is married to Wally Wolodarsky, who was co-screenwriter of The Rocker and a producer of Infinitely Polar Bear.
China Forbes: Faith Stuart in the movie. She was born in Cambridge, Massachusetts, on April 29, 1970. China is a singer and songwriter best known as the lead singer of Pink Martini. She graduated from the Phillips Exeter Academy in 1988, then studied visual arts at Harvard University, graduating in 1992. She won the Jonathan Levy Prize for acting and worked as an actress for several years, performing off-Broadway in New York. She then became a musician, forming a band and recording a solo album. She sang the title song (Ordinary Girl) for the late 1990s television series Clueless and the version of Que Sera Sera used over the opening and closing credits of Jane Campion's 2003 film In the Cut. China is featured on Michael Feinstein's album The Sinatra Project, singing a duet of How Long Will It Last? She has a son named Cameron.

Peggy Woodford Forbes: Maggie Stuart in the movie. She was born in Chicago on September 24, 1941, while her father was interning at Provident Hospital. She attended Benton Harbor High School in Michigan, after her parents settled there in 1945 and her father opened a general practice in the twin cities of Benton Harbor-St Joseph. Her mother had earned an MA in English literature from the University of Chicago in 1960 and Peggy herself earned a BA in Comparative Literature from the Sarah Lawrence College, Yonkers, in 1963. Like her mother before her, in 1977, aged 35, Peggy returned to study and gained an MBA in Finance from the Columbia University Graduate School of Business. She went on to Wall Street, working first in the futures market at E.F. Hutton and then from 1980 at Merrill Lynch. At the end of 1990 Peggy left her comfortable job at Merrill Lynch and became the first African-American woman to establish a registered investment advisory firm in growth equity management in the United States. "I ... concluded that if I was going to continue to work as hard as I did, and make the kind of sacrifices in my family life that I had, it would make more sense to have real equity in the company," she recalled. Woodford Capital Management did well as an institutional money management firm, but in 2005 Forbes merged her firm with Osborne Partners Capital Management LLC of San Francisco. Forbes now holds a senior leadership position, serving as one of the firm’s managing directors. She has remarried, to Harry B. Bremond, a retired partner of Wilson Sonsini Goodrich & Rosati, lives in Los Altos, California, and serves as board emeritus of TheatreWorks Inc.
Peggy was the daughter of Hackley Elbridge Woodford (1914-2005), from Kalamazoo, Michigan, one of the first Southern California physicians certified by the American Board of Family Practice, and his wife, Mary Imogene Steele Woodford (1919-2013). In 1970, Dr Woodford closed his practice in Michigan and moved to Pasadena to accept a partnership with the Southern California Kaiser Permanente Medical Group, where he was the first member to be certified as a specialist by the American Board of Family Practice.
As a youngster, Peggy Woodford Forbes had wanted to go into theatre but he father wanted her to study medicine or law. She failed in a bid to enter the Yale Drama School directors program and instead worked in television and theatre for many years. It was at Boston's public television station WGBH that she met her husband Donald Cameron Forbes. She was also the producer of Wheeler's repertory company in Boston.
Donald Cameron Forbes: Cam Stuart in the movie. Cameron was born in Boston on April 21, 1939; he died of pancreatic cancer at his younger daughter's home in Cambridge on July 21, 1998, aged 59.  The son of Gordon Donald Forbes (1915-1993) and Faith Fisher Forbes (1918-2009), he was raised in Sudbury, Massachusetts, and graduated from Harvard University in 1961. He was a lighting designer for Boston's public television station WGBH (where he met Peggy Woodford) and lighting director and official photographer for The Theatre Company of Boston. Through his father he was related to US Secretary of State John Forbes Kerry (1943-) and his brother Cameron Forbes Kerry (1950-), General Counsel of the US Department of Commerce. The Forbes family is a wealthy extended American family, long prominent and considered part of the Boston Brahmin ėlite. The family's fortune originates from trading between North America and China in the 19th century and other investments, such as in railways, in the same period. The name descends from Scottish immigrants.
Cameron Forbes's maternal grandfather, Richard Thornton Fisher, was founder of the Harvard Forest. An accomplished painter, Cameron's mother Faith painted two soundboards for the Boston harpsichord maker, William Dowd and designed and painted a stained glass window for the Danville Congregational Church in the Northeast Kingdom of Vermont. Gordon Donald Forbes, an electronics consulting engineer, was born in London, the son of Gerrit Forbes and Marthe De La Fruglaye.
Posted by Robert Messenger at 15:28

If you're interested in a novelistic exploration of bipolar disorder, among other things, I recommend Jeffrey Eugenides' "The Marriage Plot." I recently listened to it as an audiobook and found it absorbing.

Haven't seen the movie yet, assume in less than 90 minutes might be more fragmental given this long essay. Some of the reviews were thought too cute and maybe the need to create the father. If you were writing about the past (read another one like this one too) and the director, I wanted about her old reality with her mother and the divorce with the father, want with her sister and herself went to live in Exeter, lived at Harvard and then left to California or NYC, and wonder how close she was ever with the father (and often in mental hospitals and were thought back then ashamed). I am not trying to attack anyone but I wonder the feeling in the movie really created Donald Cameron.

I appreciate the follow up story information on Cameron, Peggy ("Maggie"), Maya ("Amelia") and China ("Faith"). Yt I cannot quite get over the voyeuristic question: how many more years did they, in some sense, keep their marriage together? In his obituary, Peggy is described as DCF's "former wife". How long into her career at EF Hutton (or beyond that?) did their marriage last?

My father suffered from bipolar disorder, committed in 1965 when I was 15. This film brought up a lot of emotion in me. I could relate to so much. It's painful again