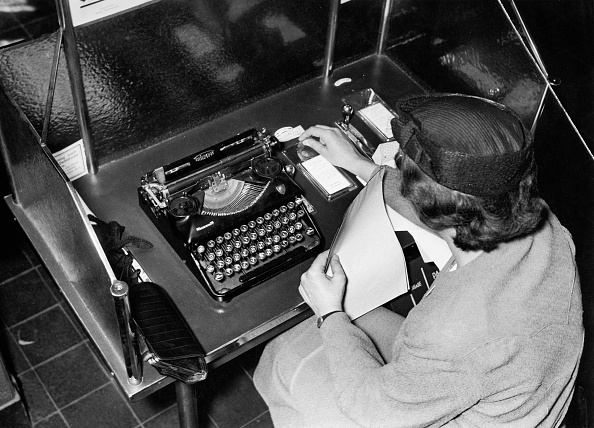 Popular Mechanics reported on this in March 1933. 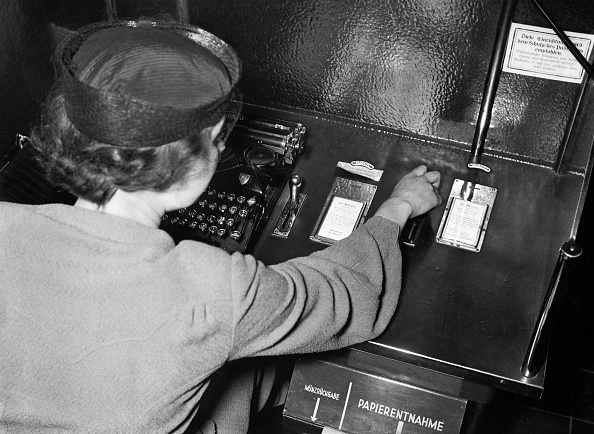 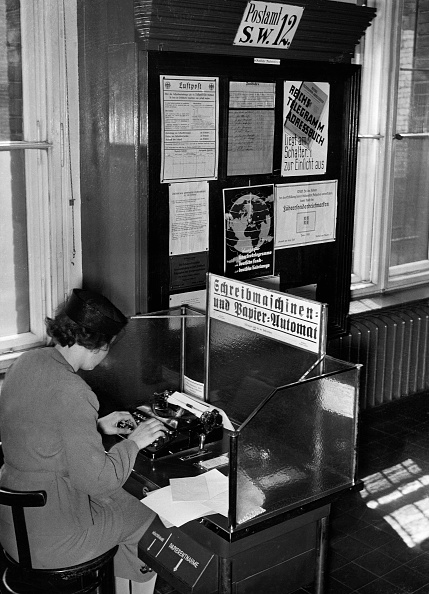 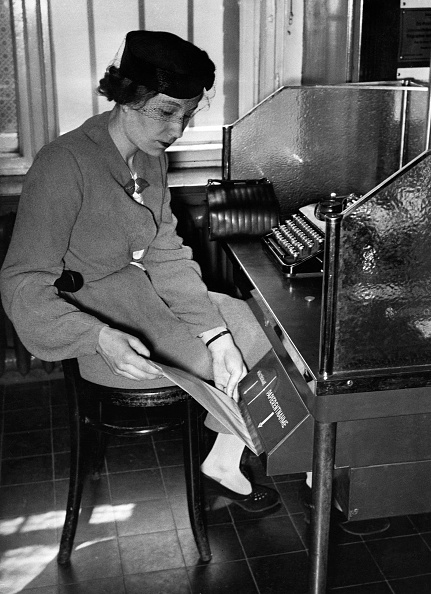 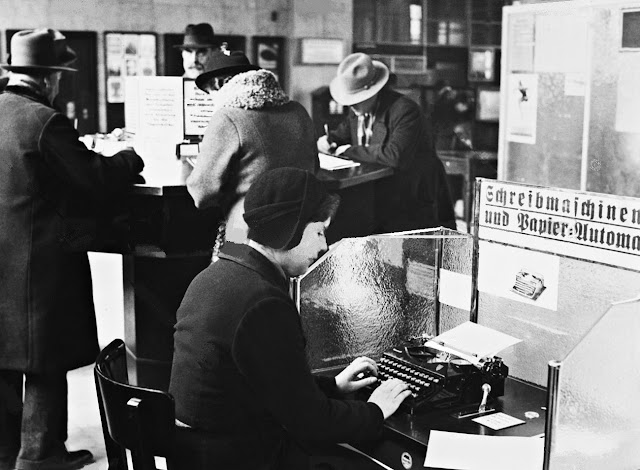 In Australia, the Brisbane Post Office was the first to install typewriters, from July 1892, when three Universal Hammonds were introduced.
Back in Charlottenburg in Germany, in 1921, a progressive education school offered, among many other interesting subjects, training on Mignon typewriters for youngsters (there is at least one girl in this class): 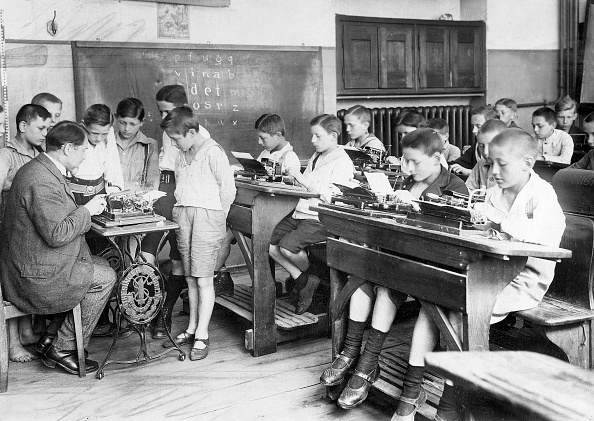 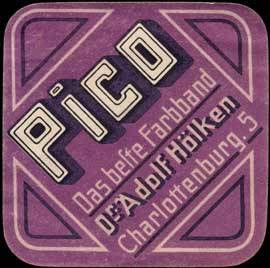 We tend to overlook the fact that in times of war there were casualties among typewriter people on both sides. On November 8, 1914, Dr Gustav Adolf Hölken, founder of the Pico typewriter ribbon brand, of Charlottenburg, died in Hameln on the Weser as a result of wounds suffered in the Battle of the Yser, fought between the towns of Nieuwpoort and Diksmuide on the Yser river and Yperlee canal in Belgium. Born in Charlottenburg on August 21, 1878, and trained as a chemist in Rostock, Hölken was just 36 when he died. 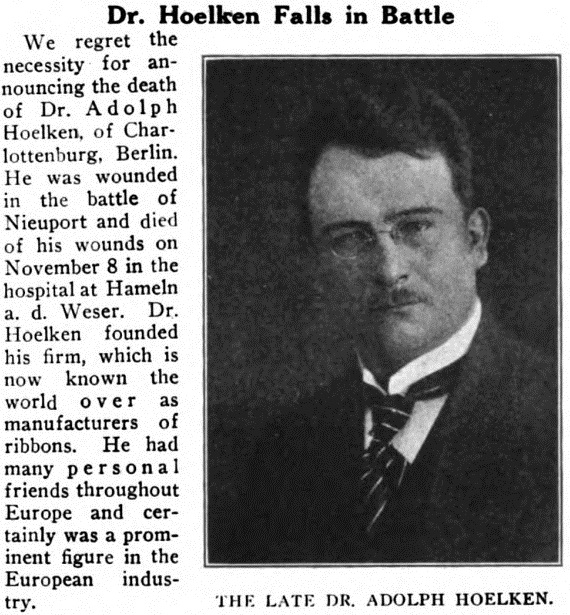 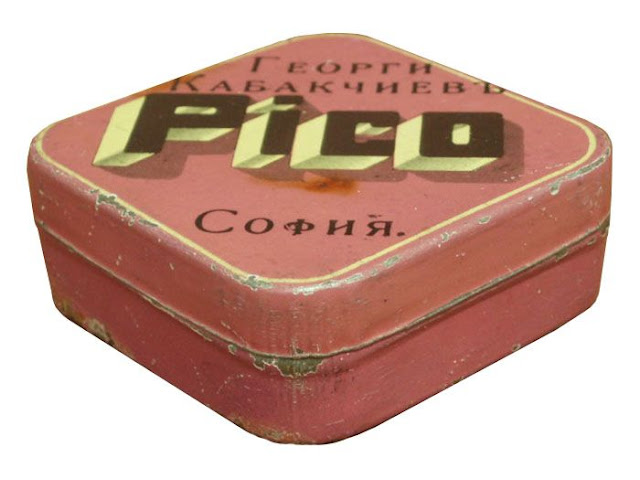 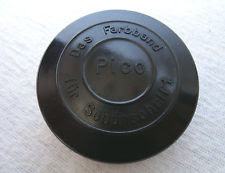 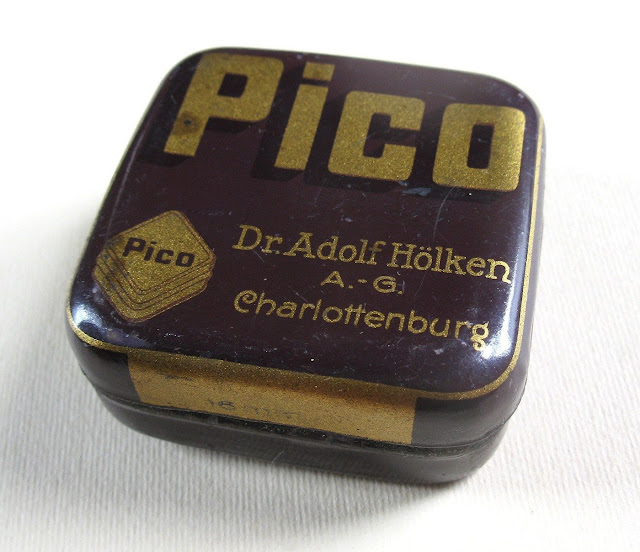 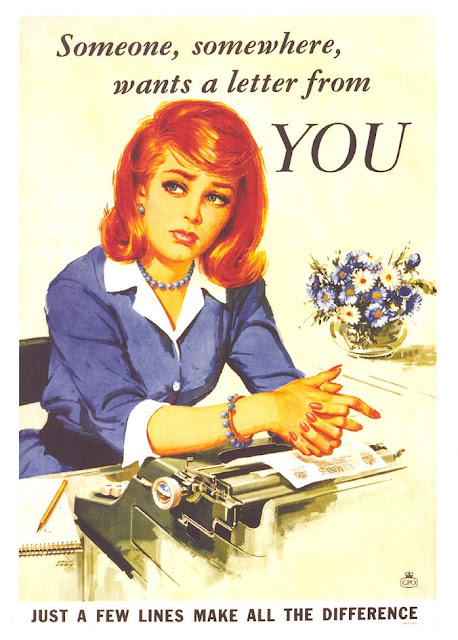 Posted by Robert Messenger at 23:12

That's a very interesting writing station at the Charlottenburg P.O. Something like a '90s Internet cafe.

I LOVE the "Someone wants a letter" poster! I'll use it somehow.

I've never known of a typewriter station in a Post Office before.

That poster is so true. I type and send a few letters every week. I may get a phone call or an email in return. If I email or write, generally no reply. I say there is something about a typewritten letter that makes it special.

I posted the poster on Instagram. People loved it.

Thanks. Not sure what Instagram is, but sounds good.