J.B. Priestley's Tips on Writing and Two-Fingered Typing: With His 'Good Companion', a Royal Portable Typewriter (1944) 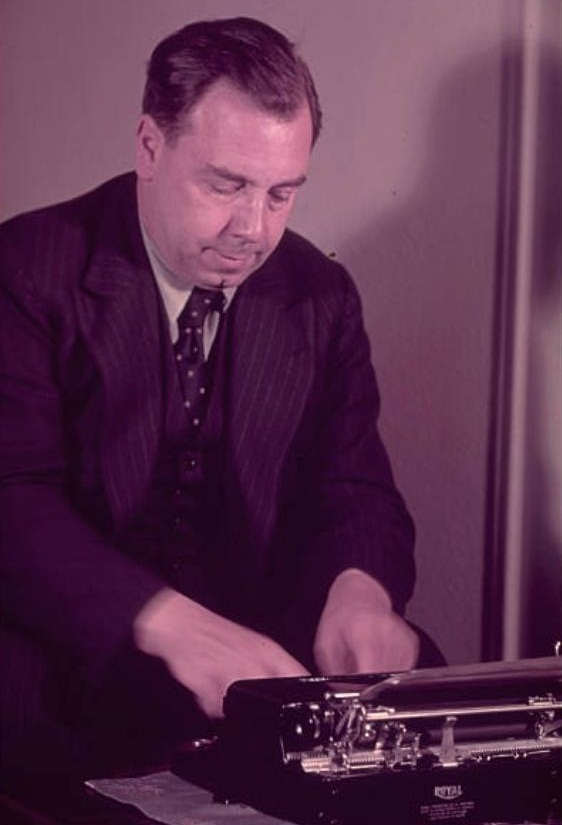 English novelist, playwright, screenwriter, broadcaster and social commentator John Boynton Priestley was born on September 13, 1894, at 34 Mannheim Road, Manningham, Bradford, Yorkshire. In the First World War he was buried alive by a trench mortar and badly wounded. He later suffered from the effects of poison gas. 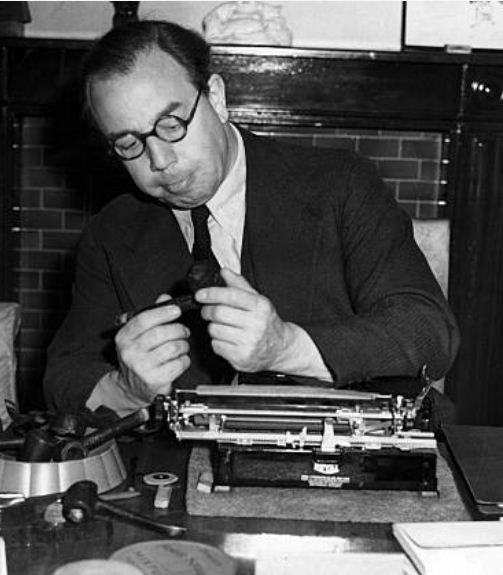 Priestley's first major literary success came with a novel, The Good Companions (1929), which earned him the James Tait Black Memorial Prize for fiction and made him a national figure. He allowed the Imperial Typewriter Company of Leicester to use the title for Imperial's first portable, launched in 1932. However, Priestley himself used a Royal portable until later life, when he updated to a French-made Hermes 3000. 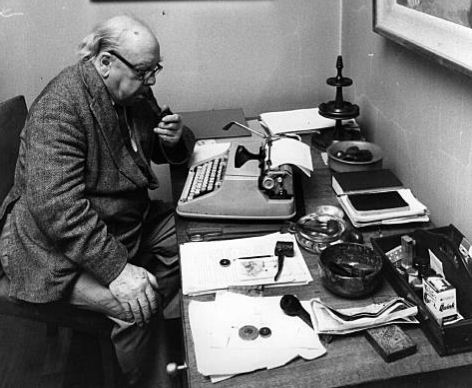 During the Second World War, Priestley was a regular broadcaster on the BBC, drawing audiences of 16 million; only Winston Churchill was more popular with listeners. Graham Greene wrote that Priestley "became in the months after Dunkirk a leader second only in importance to Mr Churchill. And he gave us what our other leaders have always failed to give us – an ideology." 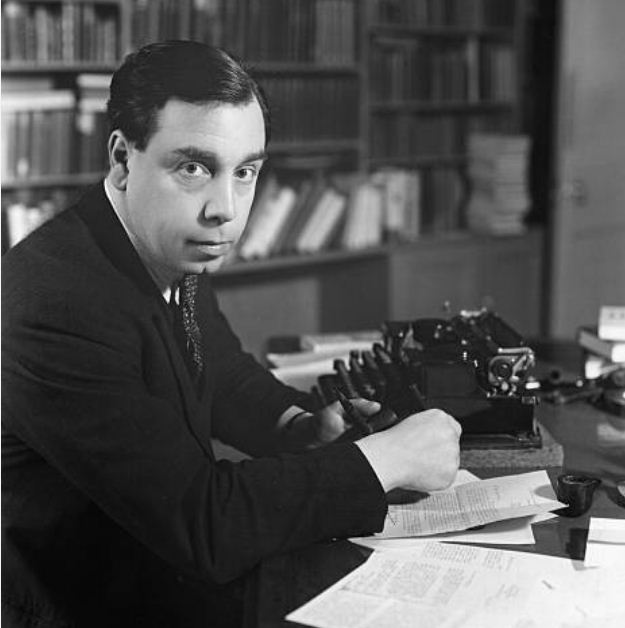 In 1942 Priestley was a co-founder of the socialist Common Wealth Party. The political content of his broadcasts and his hopes of a new and different Britain after the war influenced the politics of the period and helped the Labour Party gain its landslide victory in the 1945 general election. 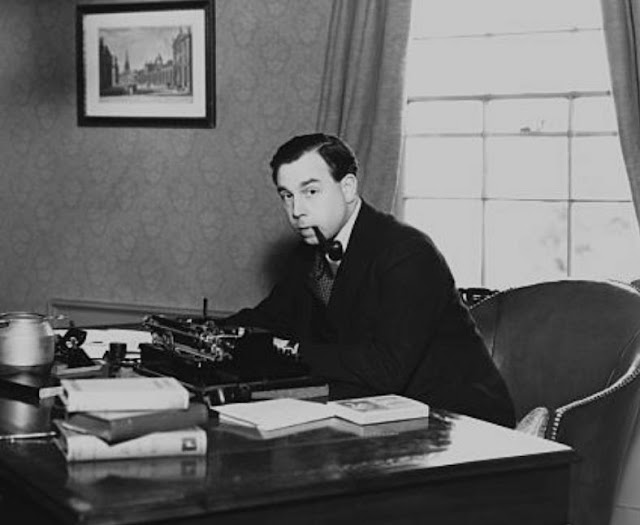 In 1949 George Orwell included Priestley on a list of people he prepared for the Information Research Department, a propaganda unit set up at the Foreign Office by the Labour Government. Orwell suspected these people to have pro-Communist leanings. 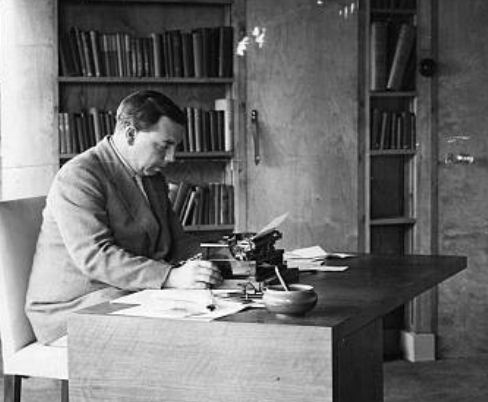 Priestley was a founding member of the Campaign for Nuclear Disarmament in 1958. He snubbed the chance to become a life peer in 1965 and also declined appointment as a Companion of Honour in 1969, but he did become a member of the Order of Merit in 1977. He also served as a British delegate to UNESCO conferences. Priestley died of pneumonia at Stratford-upon-Avon on August 14, 1984, aged 89. 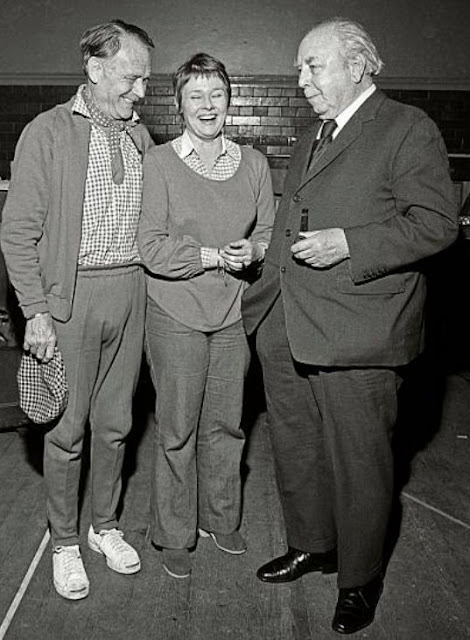 An aging Priestley with actors John Mills and a young Judi Dench.
Posted by Robert Messenger at 14:55

I wonder is he looking at the keys or he can use 2 fingers like touch typing by not watching the keys. I love the huge room and bookshelves.
BTW that is a second generation metal H3k in the photo.