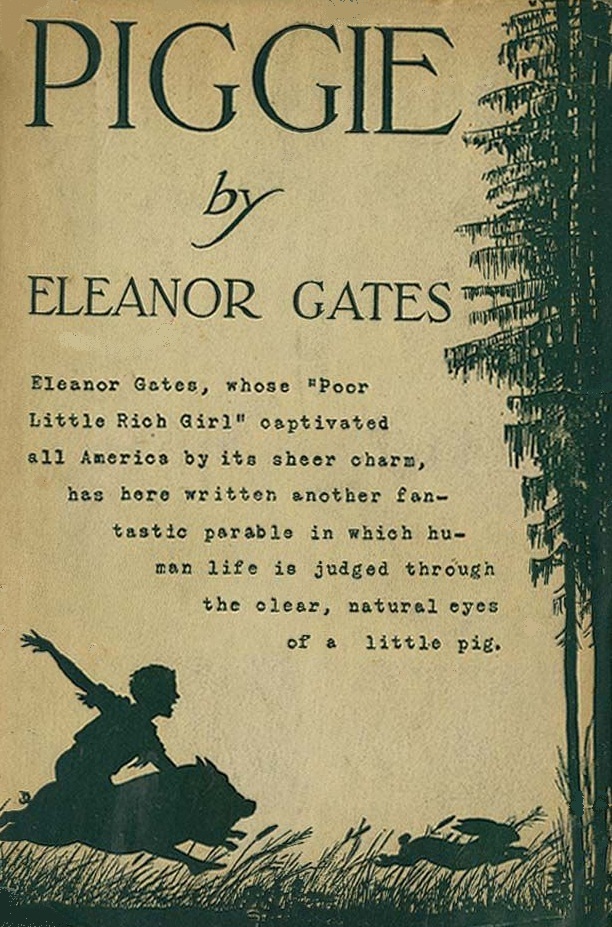 In its edition of 100 years ago this month, Typewriter Topics announced the publication of the first book typeset by a typewriter. The book was Piggie  by Eleanor Gates and the typewriter was a Hammond. The book had been produced in November 1919, toward the end of a two-month printers' strike. 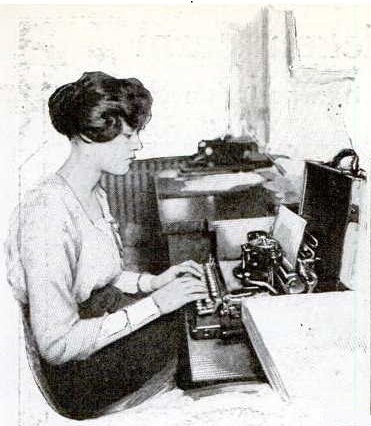 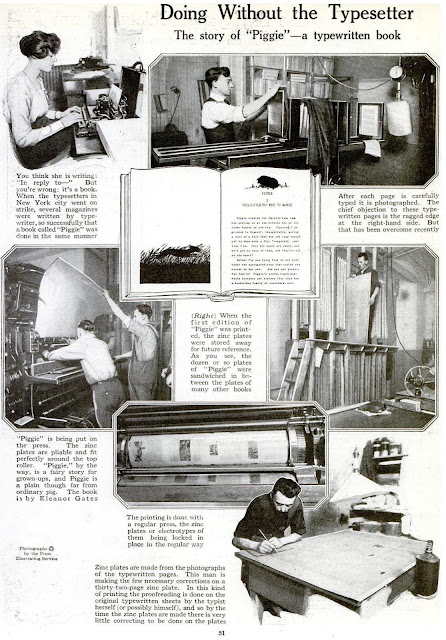 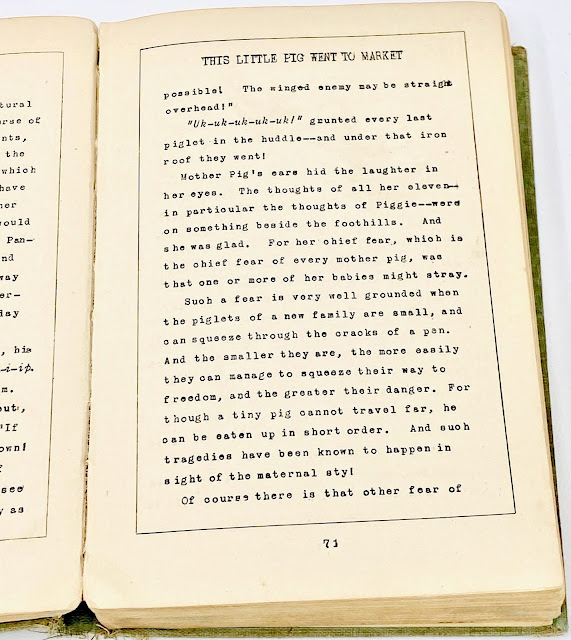 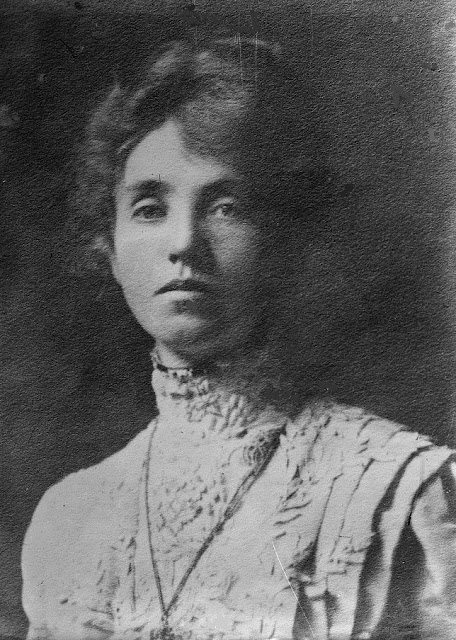 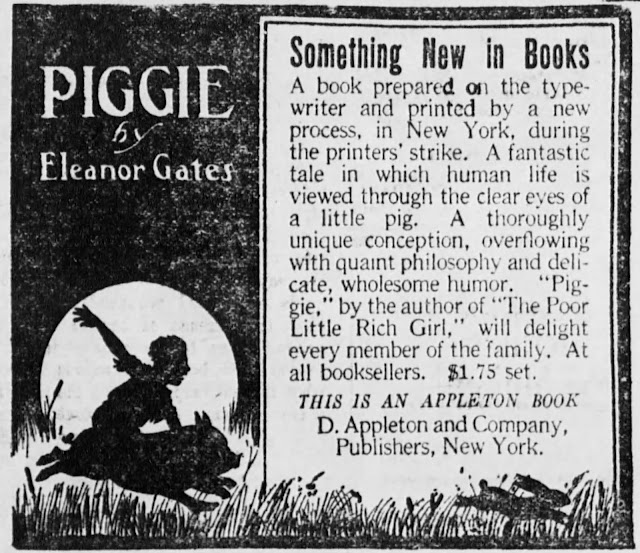 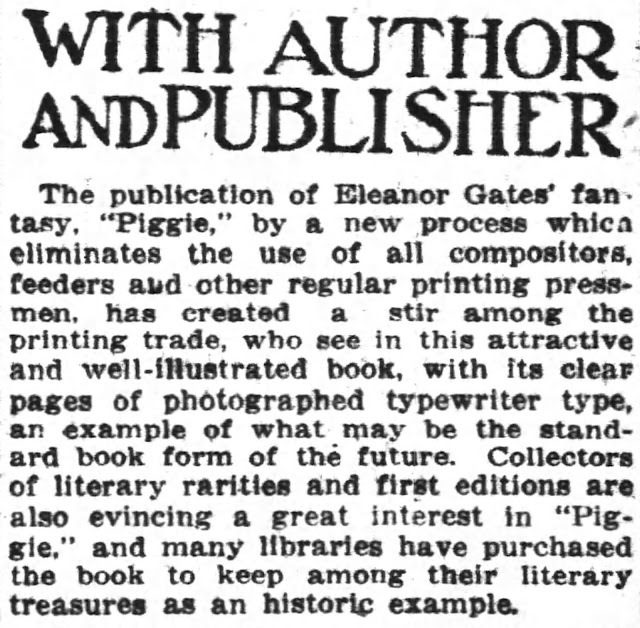 During the strike, magazines such as the Literary Digest, had been published using the same process, and there was a great deal of publicity in American newspapers about the possibilities it presented: 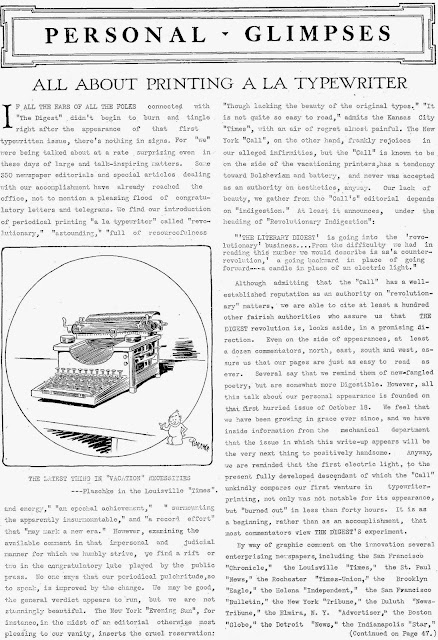 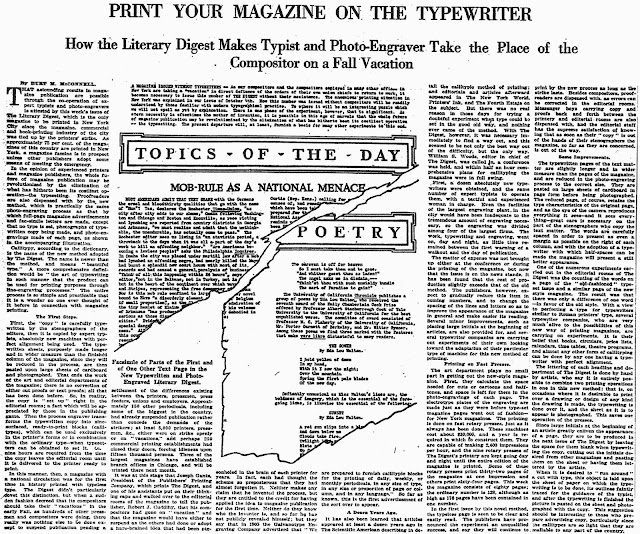 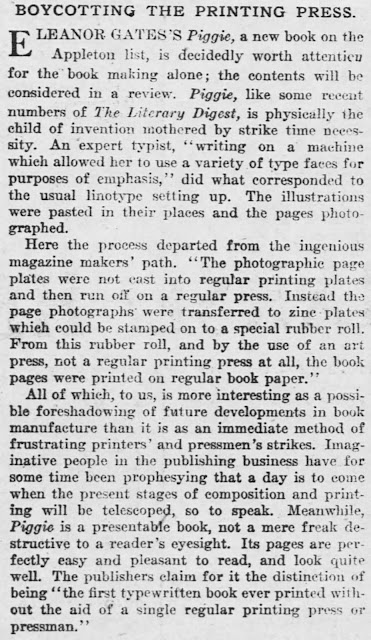 Yes Richard, Varitypers were used at the Tribune, but it was during the 1948 Presidential election, leading to the "Dewey Wins" fiasco. I think they'd achieved proportional spacing by then?