Paul Gallico Dubbed Him 'Herr Doktor': The Man Who Dumped Eleanor Holm from the 1936 Olympic Games 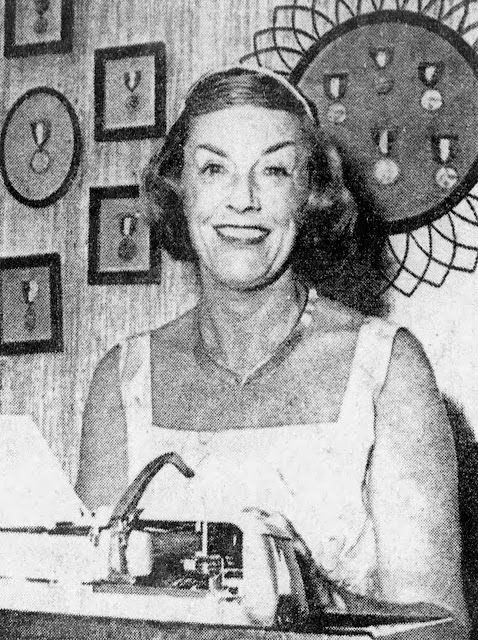 Olympic Games champion swimmer Eleanor Holm with her portable typewriter and surrounded by swimming medals in her penthouse apartment in Biscayne Bay, South Florida, in November 1976. She was axed from the US team for the 1936 Berlin Olympics by Avery Brundage. 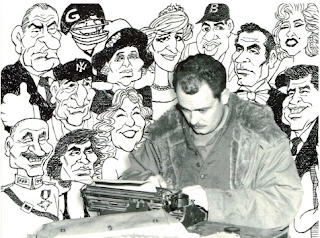 Four days before the opening of the 1972 Munich Olympic Games - at which, under Avery Brundage’s watch, 11 Israeli athletes and coaches were murdered by Palestinians - Associated Press filed a farsighted column from veteran foreign correspondent Jim Becker (left), which appeared in US newspapers under the headline, “Someday, Maybe Nobody Will Come to Olympics!” Forty-nine years later those Olympics have arrived, and are about to open to a small group of VIPs in a stadium in a Covid-19 ravaged Tokyo. The ghost of Brundage – crying “The Games must go on” – will be hovering over them. The 1972 AP article, in which Becker unmercifully lampooned the then International Olympic Committee president Brundage, forecast a disastrous 1984 Olympics in Houston, Texas, opened in an empty stadium by a wild trumpet blast from Al Hirt and hosted by a 97-year-old Brundage (to the eternal relief of world sport, Brundage died in May 1975, aged 87). But Becker wasn’t all that far off the mark: the 1984 Games were held in Los Angeles and 14 Eastern Bloc nations boycotted them. Al Hirt wasn’t required but Etta James was there. 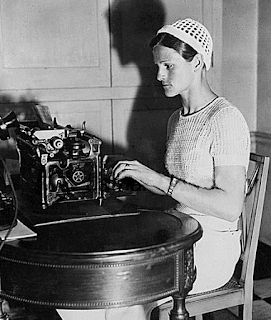 History continues to treat Brundage badly, and rightly so. The man who tried so hard to take the 1956 Olympic Games away from Melbourne is remembered as a hypocritical authoritarian, an overt racist, an anti-Semite and a Nazi sympathizer. He was also a male chauvinist pig, a sexist who was never comfortable with women competing in the Olympics and in Berlin in 1936 called for compulsory sex tests. Criticising the great Babe Didrikson (right) as a publicity seeker in December 1932, Brundage, then president of the US Amateur Athletic Union, said, “You know, the ancient Greeks kept women out of their athletic games. They wouldn’t even let them on the sidelines. I’m not so sure but they were right.”
Apart from his many other shortcomings, Brundage’s idea of “fair play” in matrimony was to swear fidelity to a woman of financial substance (the daughter of a Chicago banker) then proceed to sow his wild oats as far and as often as he could. In marrying Elizabeth Dunlap in 1927, he threw over his long-time partner, Frances M. Blakely, but then kept Frances on as a paid mistress, secretary and executive assistant. Notwithstanding the openness of the arrangement, Blakely remains a very shadowy figure, about whom nothing is known, except for mentions by a Congress Select Committee investigating real estate bondholders' reorganisations. 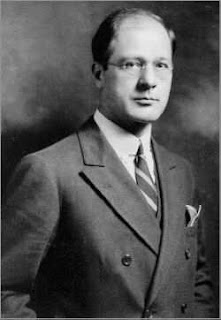 The same cannot be said of Finnish-born Lillian Linnea Dresden-Paulin (née Wahamaki, 1919-2001). At the time of the preparations and staging of the 1952 Olympics in Helsinki, Brundage (left) fathered two illegitimate sons by Dresden, the daughter of a former Finnish consul in Shanghai. Brundage was living with his wife in Santa Barbara while Lillian lived in a house Brundage had bought for her (but put in Blakely’s name) in Redwood City. Brundage and Dresden met in 1948, when he was 61 and Lillian 29. The second son was born the very week Brundage began his presidency of the IOC. Brundage kept his name off the birth certificates but in 1955 he signed a trust agreement with Lillian. It included a proviso that the deal would be nullified if Lillian ever said anything that would bring Brundage into disrepute. In June 1980 the two sons, Avery Gregory Dresden (born August 27, 1951) and Gary Toro Dresden (born August 19, 1952) finally got $62,500 each from Brundage’s $19 million Californian estate. Avery Dresden later changed his surname to Brundage. 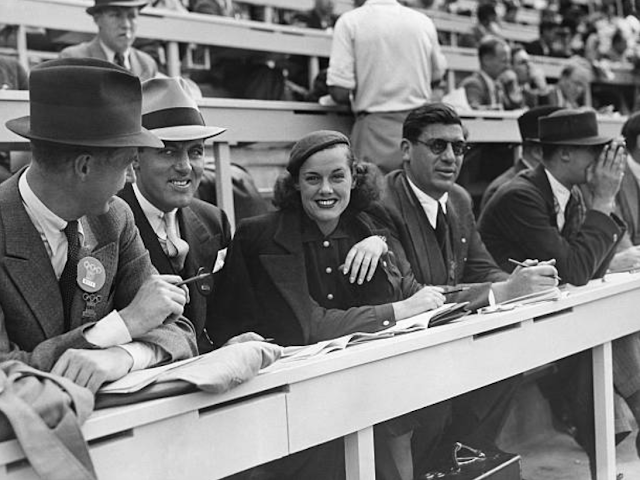 Eleanor Holm in the Press Tribune at the Main Stadium at the 1936 Olympic Games in Berlin. On her left is Paul Gallico and on her right is Alan Gould. At her feet is her Royal typewriter in its case. 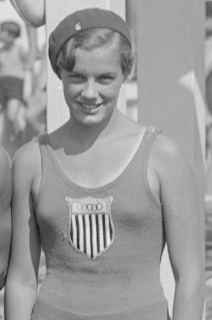 One woman who spurned Brundage’s unwelcome advances was the Olympic champion backstroke swimmer Eleanor Grace Holm (left, 1913-2004), who Brundage had kicked off the US team for the 1936 Nazi Olympics in Berlin. While David Maraniss, an associate editor at The Washington Post, was researching his 2008 book Rome 1960: The Olympics that Changed the World, he became close to Dave Sime, the American sprinter who missed the Melbourne Games but won a silver in the 100 metres in Rome. In later life Sime was a respected eye doctor in South Florida, where his clients included Holm. Sime told Maraniss that Holm had confided in him the real reason Brundage engineered her removal from the Berlin Games - he hated her because she'd rejected his sexual proposition. The official claim is that she had indulged in a little too much champagne on the US team’s voyage across the Atlantic on the SS Manhattan. Holm had competed at age 14½ at the 1928 Amsterdam Olympics and at 18 won gold in Los Angeles in 1932, having set a new world record a month before the Games. 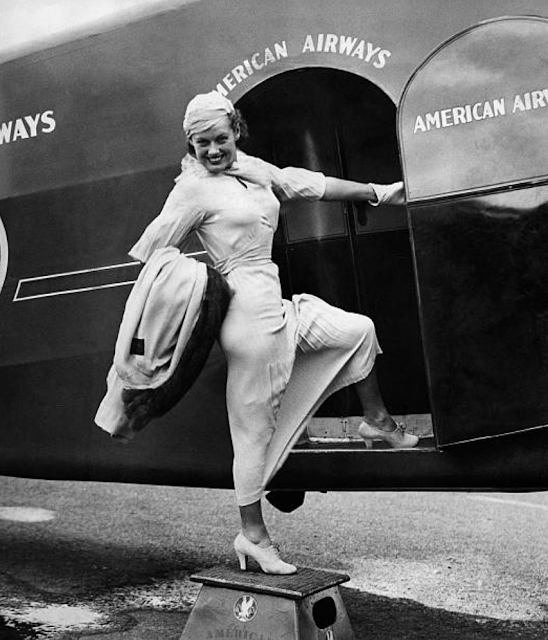 Flying home: Eleanor Holm departs Germany in August 1936.
While Holm never made public her accusation of Brundage’s improper conduct towards her, she did tell AP’s Will Grimsley in 1976 that “I drove old Avery up the wall. He didn’t mind pinching the broads but he was a blue nose about drinking. All those Olympic bags were just jealous of me because they saw me having a good time up in the first-class quarters with the newspapermen.” Those contacts with newspapermen paid off immediately, and while still in Berlin Holm was signed up to write a column for William Randolph Hearst’s International News Service. By her own admission, “I had some of the best writers in the world helping me – Paul Gallico, Alan Gould of the Associated Press and Charles MacArthur.” 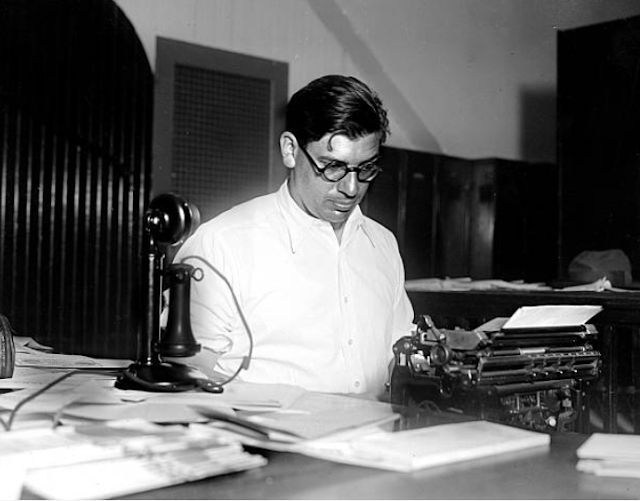 In his coverage of the Berlin Games for the New York Daily News, Gallico (above) tore strips off Brundage, labelling him “Herr Doktor, chief wowser of the American Olympic Committee on temperance, morals and prohibition of nearly everything”. Gallico reported Brundage had tried to have Holm barred from competing as an amateur anywhere in Europe. As a result of remarks made by Holm in a Gallico interview, other American newspapers called for a “very, very thorough investigate of Brundage”. Holm was described as the victim of Brundage’s “autocratic wrath”. It turns out he was more likely to be a man who Holm told to keep his pants on. 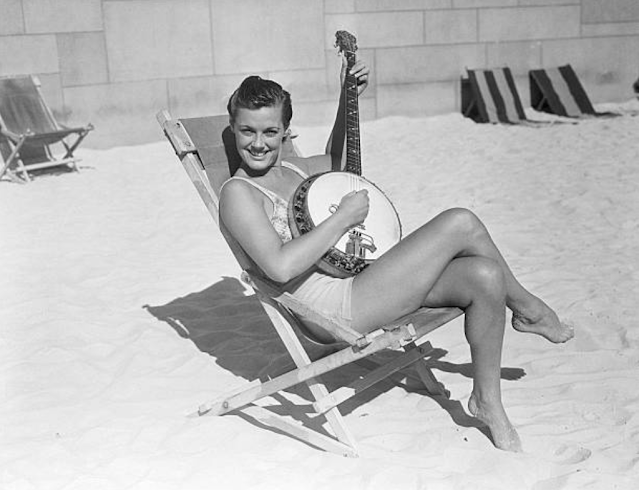 Posted by Robert Messenger at 12:14