Fragments of a Typewritten Young Life 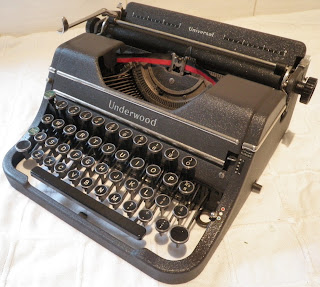 In 1965, aged 17, I was in my last year at high school and writing a weekly magazine for my mates on the Underwood Universal portable my father had given me in 1957 (I drew the cartoons, too!): 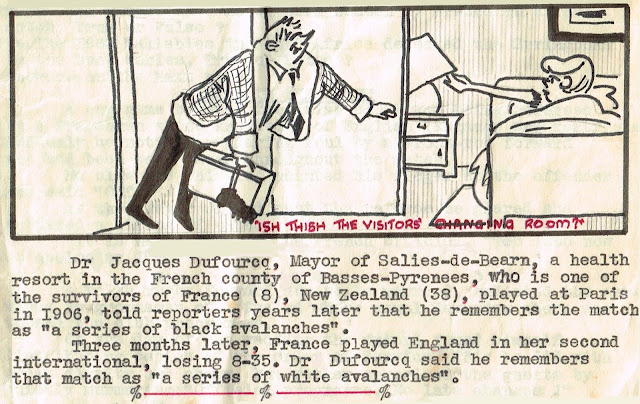 The magazine was considered good enough to be put in the school library: 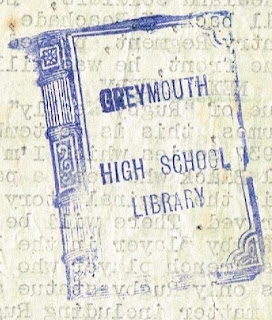 In April 1966, just after my 18th birthday, my sister married and moved with her husband from Greymouth to Auckland. 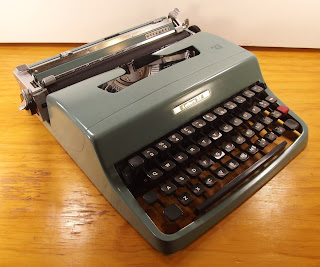 I missed her, but by the time I wrote this letter to her in August (on my then still brand-new Olivetti Lettera 32), someone else was filling the gap in my life: 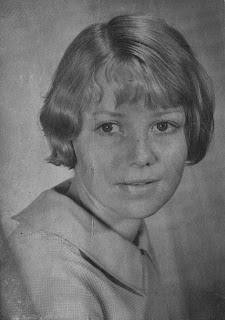 They say the first love is the one great love of your life. This was most certainly the case with me:

It lasted a lot longer than a month or so. Reading this letter today really moved me, especially the story of the letters Margot wrote to me back then in French, which I had to get a colleague to translate - much to everyone's amusement ( I won't go into details): 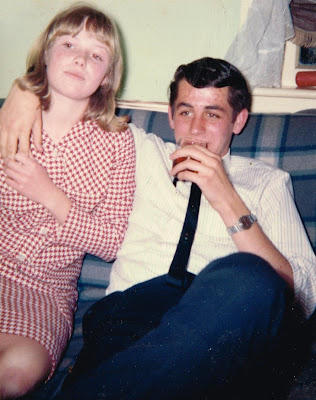 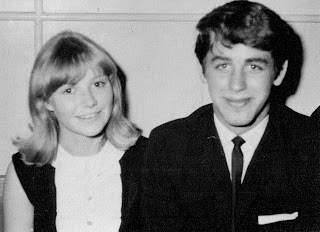 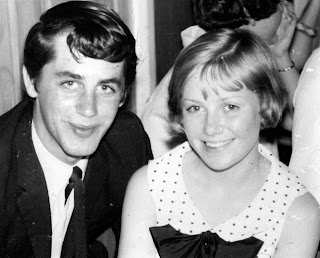 In 1969, aged 21, I moved from New Zealand to Sydney, Australia, and found a new love, Frances Avis Houlihan, a ballet dancer: 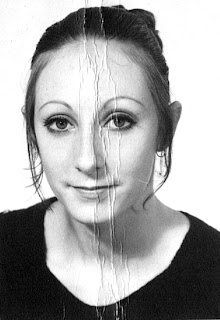 I bought myself a Smith-Corona electric portable, and Fran and I used it to write poetry to one another. 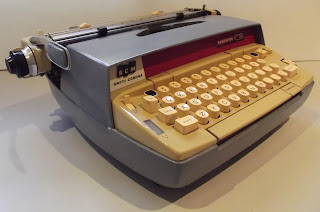 I'll only show you one of my immature efforts (Fran's are much better, but a little closer to the bone): 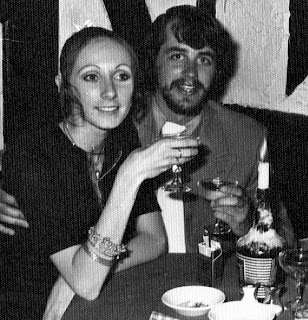 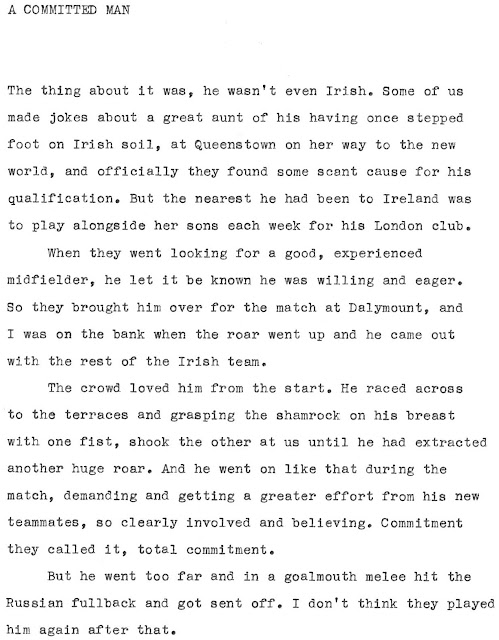 From 1975, every chance I got I went to Spain, following in Hemingway's footsteps, from Madrid to the Costa del Sol: 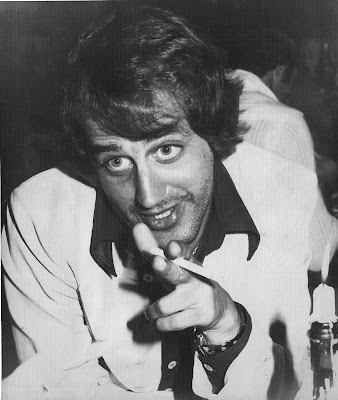 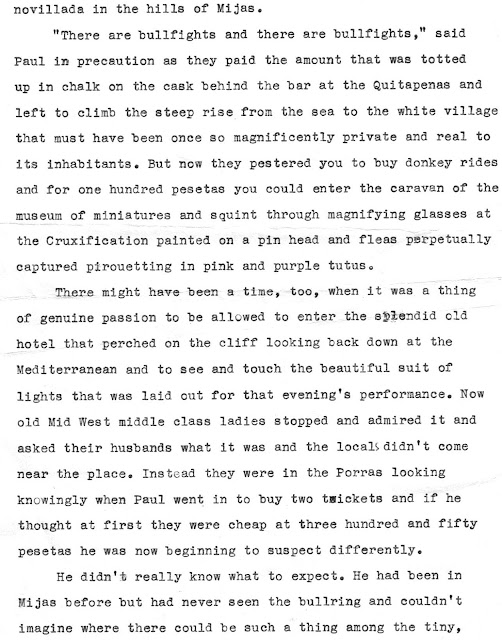 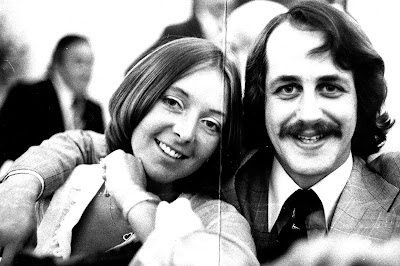 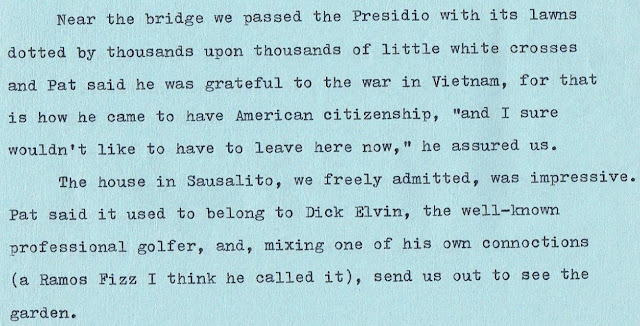 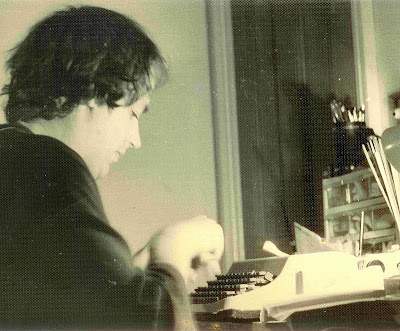 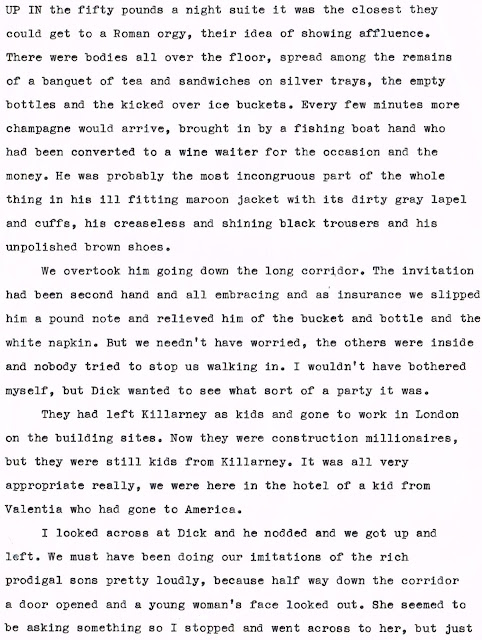 Posted by Robert Messenger at 21:15

What a long strange trip it's been...

I love the snippets of your writing, especially the Hemingway period. Very brave of you to put them out there!

Call it coincidence, but my holiday reading (remember, I'm a slow reader) is The Dangerous Summer. Thoroughly enjoying every moment of it. I even spent yesterday evening watching what corridas I could find on YouTube and trying, inwardly at least, to reconcile the artistry with the barbarism. And failing, of course.

This looks like quite the flood of memories and feelings.

You were a good cartoonist at 17 and had some lovely girlfriends.

Thanks for the insight into who you are! Pretty awesome post, a great joy to read it.

That photograph of you and Fran sipping cocktails in the late 60's-early 70's whenever it was really makes me wish I was around back then. The hair, the suits, the candle in a bottle... Were you aware you were the swingin'est cats in the district, or has the whole 70's fashion thing been unduly retrospectively romanticised?