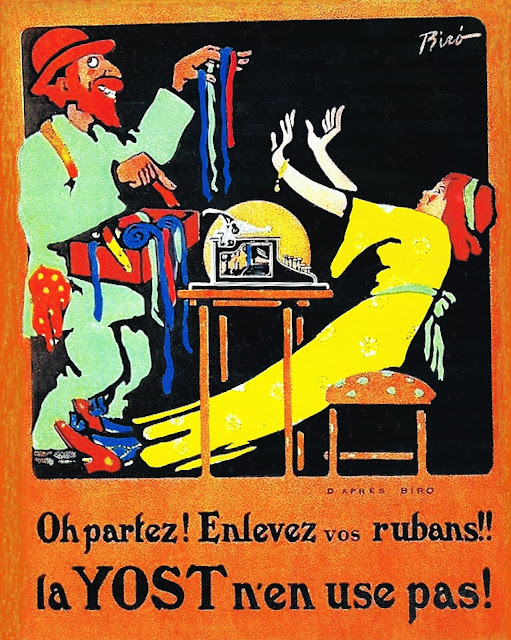 Oh go! Take your ribbons!!
The Yost does not use!
This 1908 poster for the Yost No 15 typewriter was created by Mihaly Biró (1886-1948), a Hungarian artist better known for his political posters. Born in Budapest, on November 30, 1886, Biró studied at the Iparművészeti Iskola (School of Applied Arts) in Budapest and in Munich, Berlin, Paris and London (where he was a pupil of Charles Robert Ashbee), before returning to Budapest. He joined the Socialist Democratic Party was active in the Hungarian revolutionary movement. He was the leading graphic artist of the newspaper Népszava (People’s Voice) and in 1912 designed a poster for the newspaper which became his most famous work (known as the red man with hammer). He was political poster commissar of the Hungarian Socialist Republic in 1919. 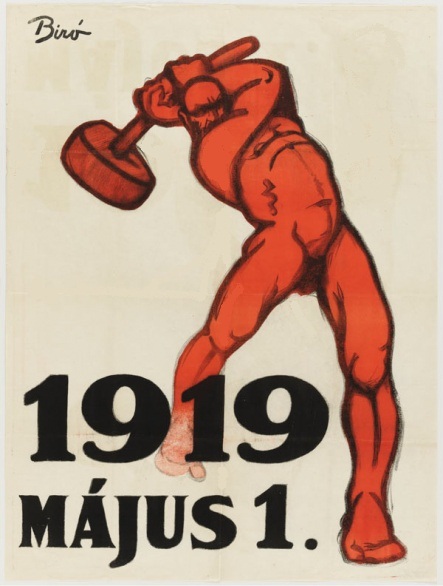 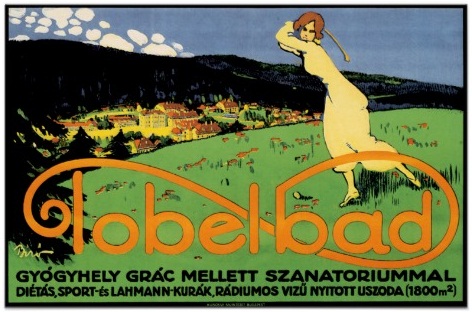 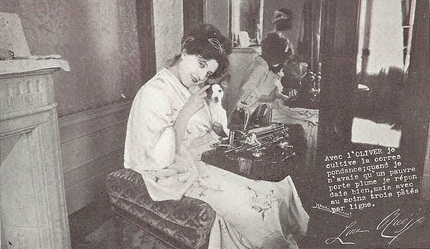 Anyone who can balance an Oliver typewriter on their knees while holding a dog and looking at the camera deserves the very highest commendation! 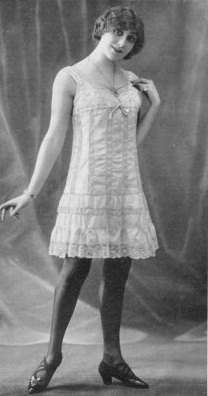 Lillian Greuze was a stage and movie actress and model from Paris. She was a protégé of Sarah Bernhardt and in December 1915 performed at the French Theatre on West 44th Street in Manhattan. Her acting career continued in France, Germany, and Italy until 1935. On her way to New York, in November 1915, she was paid $200 for a kiss on the French liner Rochambeau. Greuze was passing a collection bag for charity. She overheard a man remark that he would donate the sum in return for a kiss from her. The money went to orphans of French dressmakers killed in World War I. During World War I Greuze worked with the Red Cross at the French front in 1917. She was a nurse in a hospital at Neuilly. The hospital was run by Princess Henriette, Duchess of Vendôme and Alençon. 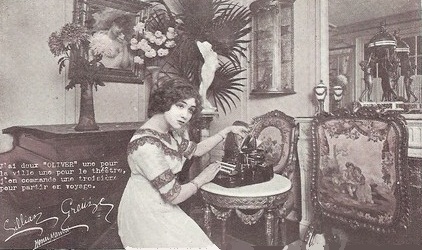 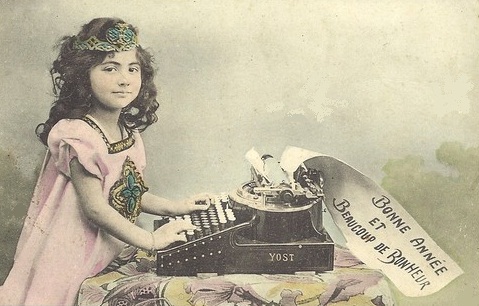 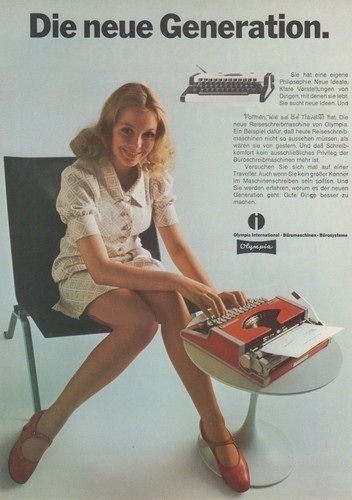 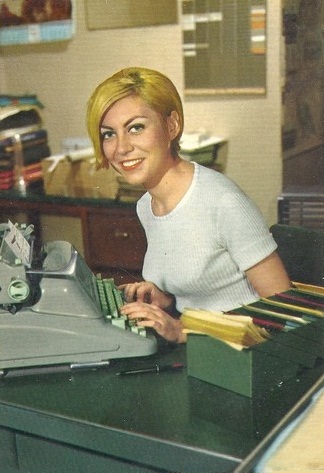 Posted by Robert Messenger at 12:41

Whether the models are women, men, or children of any era, besides bruised knees and doggy dander, the typewriter advertising poses are always ergonomic poster children for carpal tunnel syndrome and lower back pain.

P.S. Thanks, of course, as always for the delightful images. Jocosity aside, some of those ads are lovely works of art. Oy - now i have to squint at those fuzzy numbers again!

I can sort of imagine myself as that deranged looking dancing ribbon salesman in the first picture.