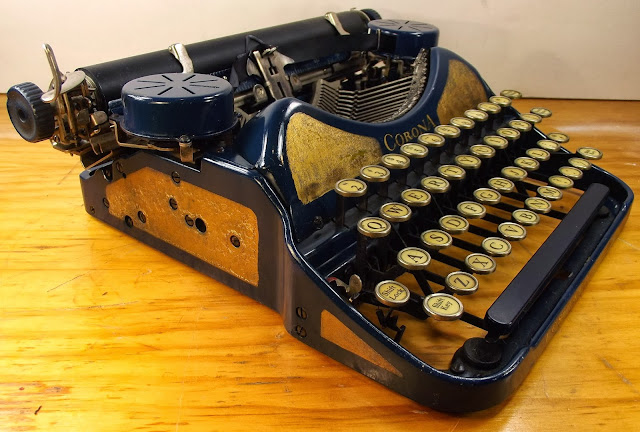 This blue-and-gold Corona 4 is in West Virginia's colours. 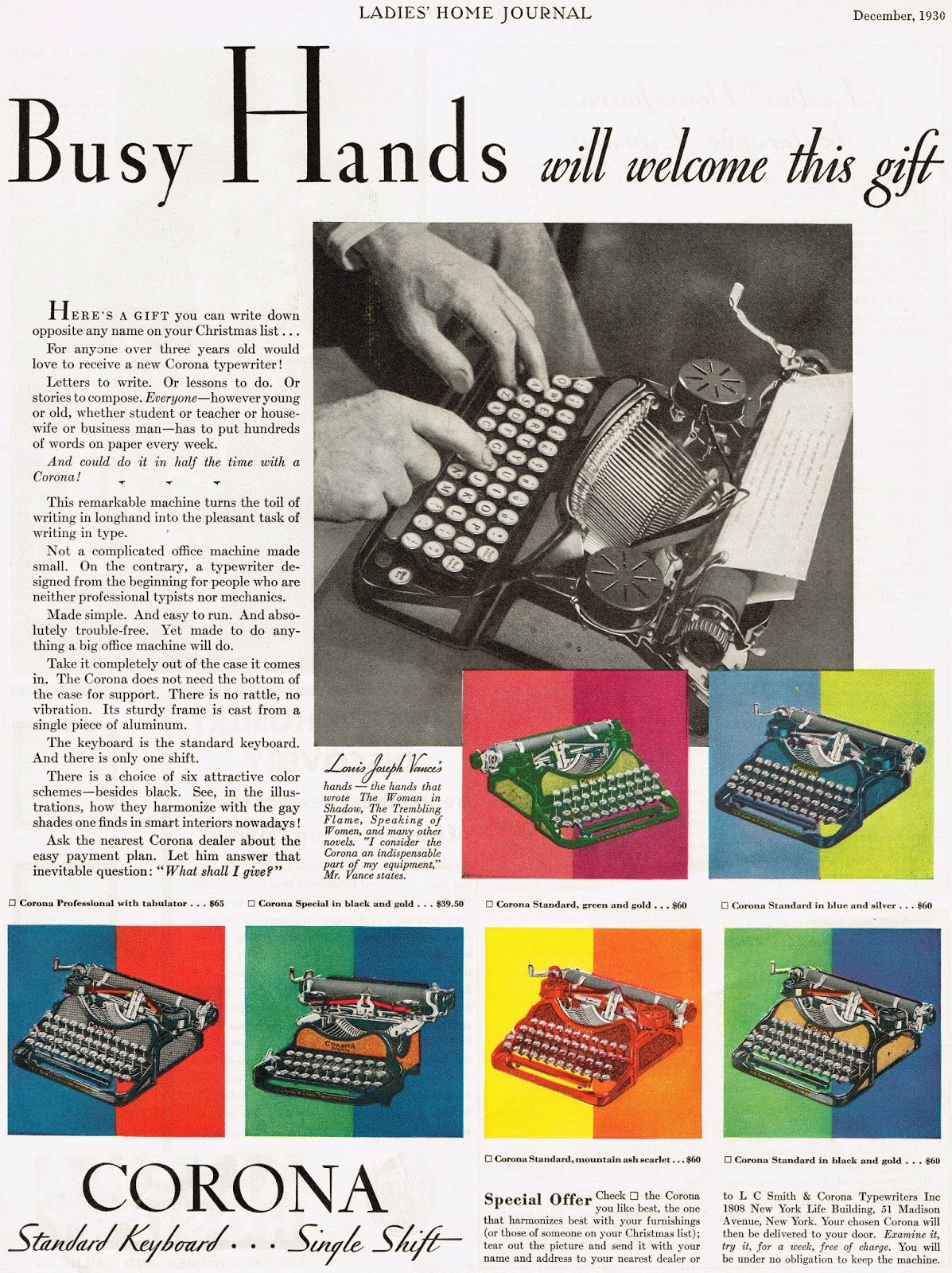 Two-fingered Corona 4 typist Louis Joseph Vance (September 19, 1879–December 16, 1933) was an American novelist, born in Washington DC. He wrote short stories and verse after 1901, then composed many popular novels. His character "Michael Lanyard", also known as "The Lone Wolf", was featured in eight books and 24 films between 1914 and 1949, and also appeared in radio and television series. Vance was found dead in a burnt armchair inside his New York apartment; a cigarette had ignited some benzene (used for cleaning his clothes or for his broken jaw) that he had on his body and he was intoxicated at the time. He had recently returned from the West Indies, where he gathered material for a new book. The death was ruled accidental. 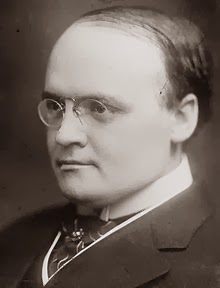 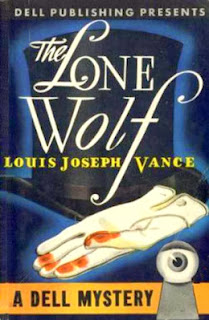 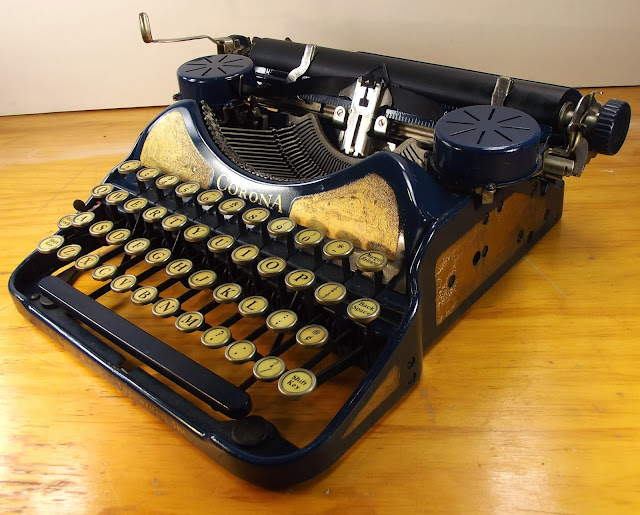 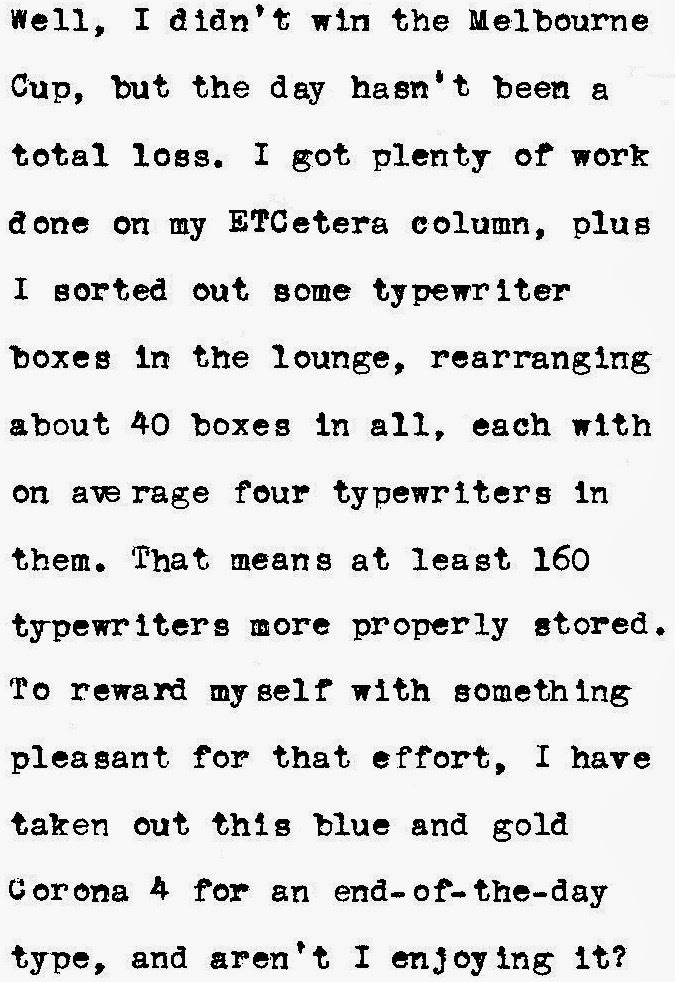 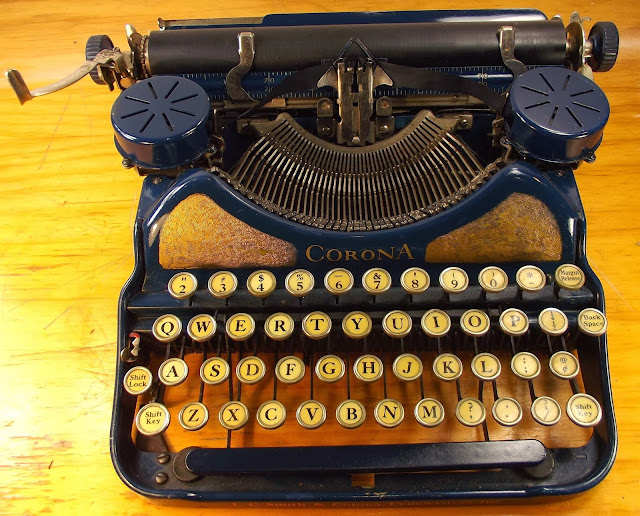 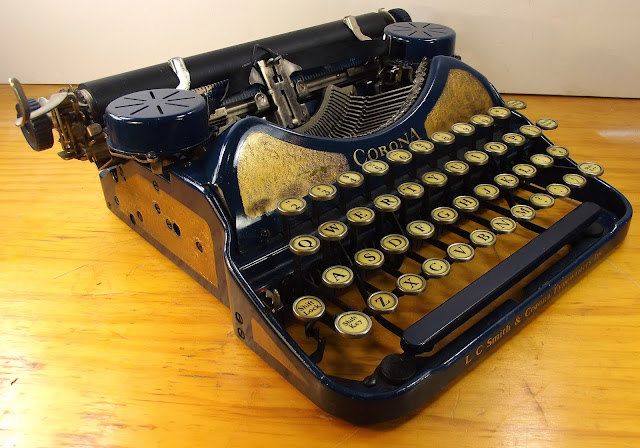 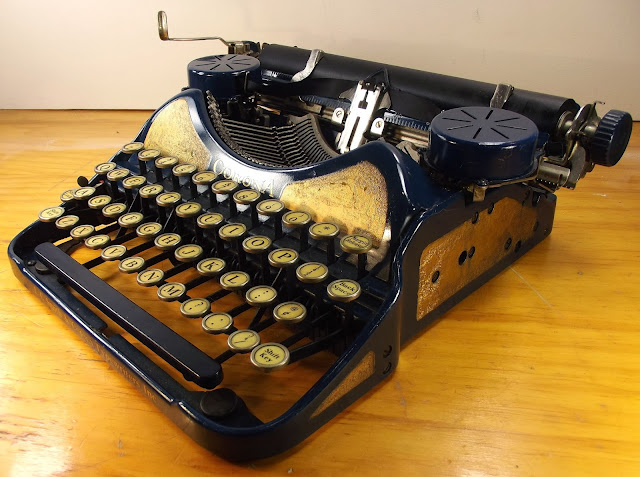 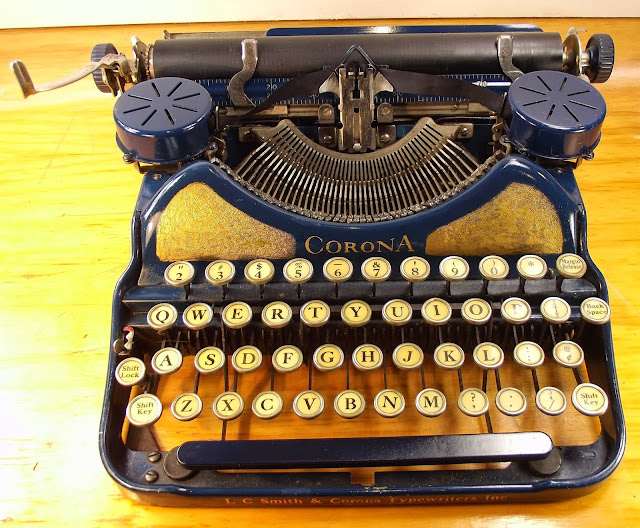 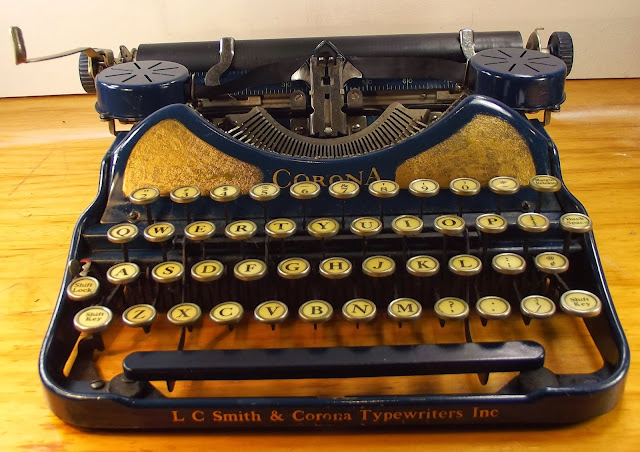 Look what some ignoramus did to one of these beautiful old typewriters: 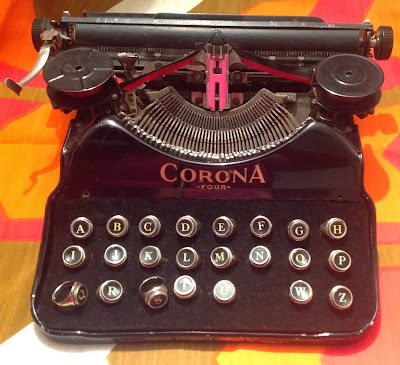 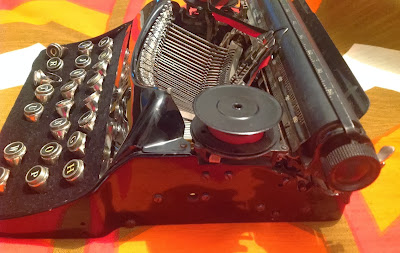 That's a cracker of a typewriter. Beautiful! And nice magazine snippet too.

Yeah, both Nat and I spotted that butchered Corona. Such a shame. I guess it is true: There's no cure for stupid.

Thanks Scott. Yes, it is a beauty. This is the great thing about the Typosphere. I've had this typewriter a good seven or eight years now, and this is the first time I've used it!

PS: I love the way Ryan Adney keeps taking out Rob Bowker's book from the middle of the ad!

Robert, that is one of the most beautiful typewriters I have ever seen. Spare, warm, almost Japanese in appearance. If you have 160 in your lounge, make sure that one sits at the head of the table.

This is one of the most beautiful typewriters I have seen. I love the combination of Gold and Blue color. Thank you for sharing with us.

I've actually read a couple of mysteries by Vance (see Keeler News no. 65 and 66). He is the author of the immortal line, “Kirkwood wasted little time, who had not much to waste, were he to do that upon whose doing he had set his heart.”

I'll definitely have to take out my "green nightmare" (my own Corona 4) after I finish using my Oliver 5. This is indeed a very nice machine... when it works properly. (What can I say? I've had bad luck with most of my Coronas, they've required a lot of work to make them type decently)