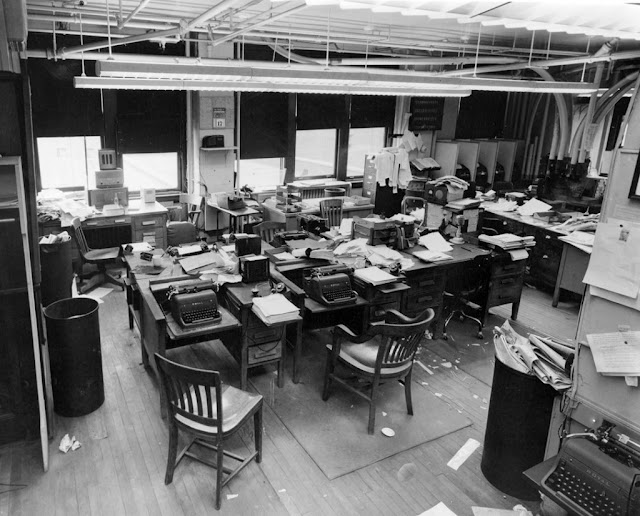 This wonderful image of the Pittsburgh Sun-Telegraph newsroom in 1960 appeared with an excellent article by Dale Maharidge which appeared in The Nation on Wednesday. It's headed, "These Journalists Dedicated Their Lives to Telling Other People’s Stories. What Happens When No One Wants to Print Their Words Anymore?: As newsrooms disappear, veteran reporters are being forced from the profession. That’s bad for journalism - and democracy". It's well worth a read. 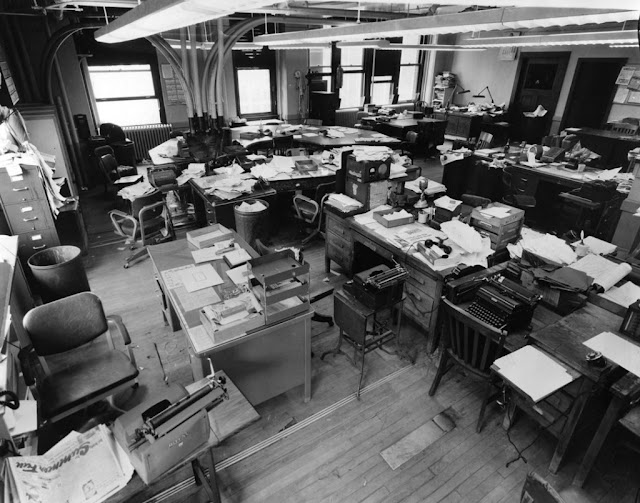 Although The Nation captions the photo as being of the Pittsburgh Post-Gazette newsroom, it actually comes from Requiem for a Newsroom at the Pittsburgh Sun-Telegraph, part of the Post-Gazette's photo archives. The Sun-Telegraph was taken over by the Post-Gazette in April 1960, so the photos show a typewriter-covered graveyard where journalists no longer worked. Still, notwithstanding the absence of humans (adequately compensated for by the abundance of Royal typewriters) it looks a million times more impressive from the tidy, soulless, typewriter-less Post-Gazette newsrooms of the present day: 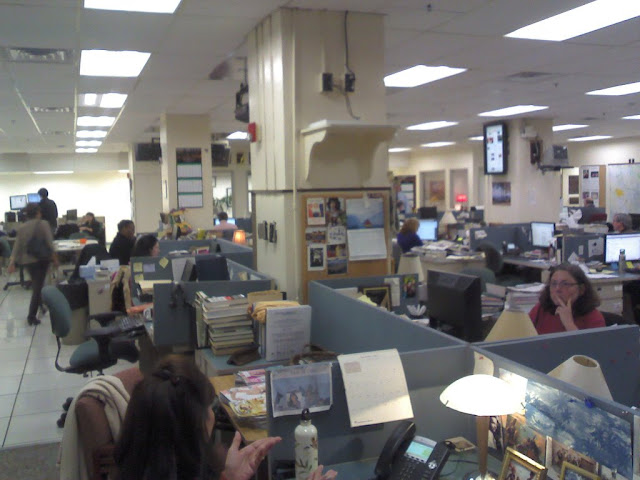 This is what happens in newsrooms today, where there aren't typewriters (and people using them who have some grasp of the world at large): 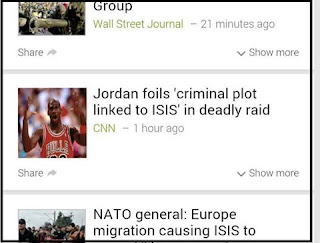 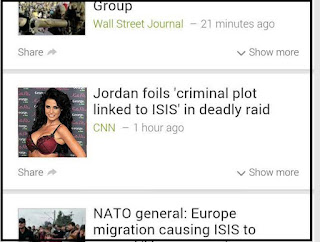 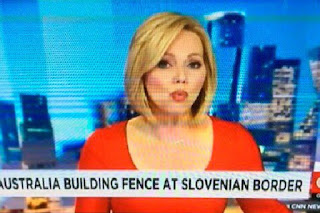 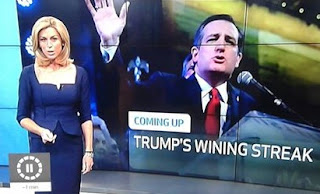 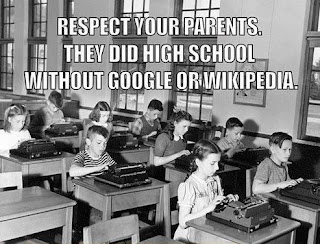 By coincidence, other newsroom images turned up today, taken in 1953 at the Daily News in Western Australia, a newspaper I joined 26 years after these photos were taken: 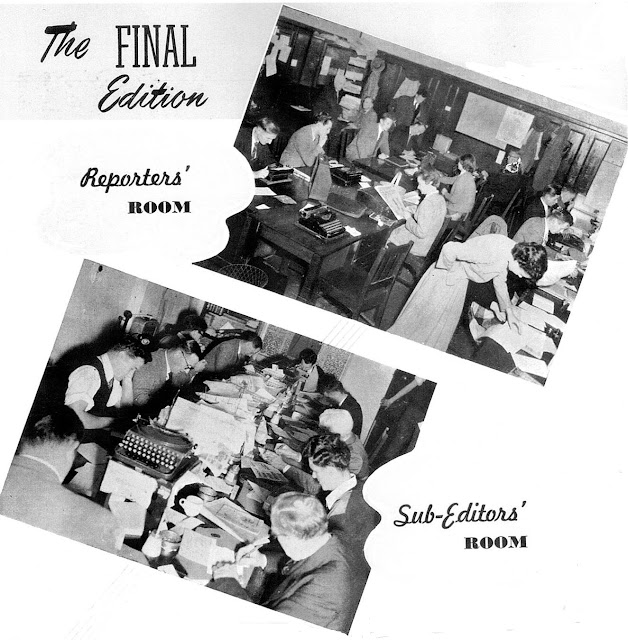 I joined the Daily from The Irish Press in Dublin: 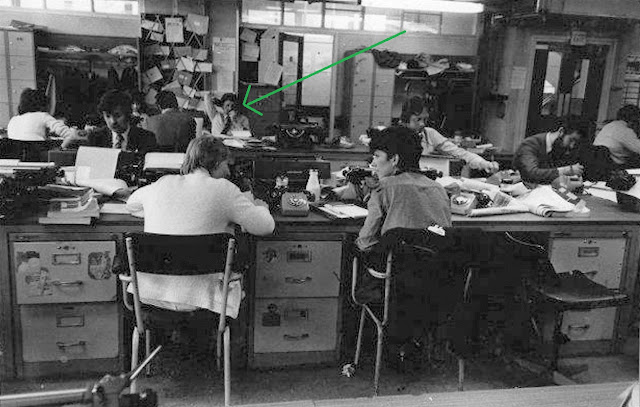 As Mick Dundee would say, "Now, THAT was a newsroom!" (Where people knew Jordan was a country, Austria bordered Slovenia and Donald Thump whined.)
Posted by Robert Messenger at 13:21

Ha! The Australian-Slovenian border. That is rich.

Hello. I have been following your blog for a while now and in my opinion you are probably the most knowledgeable typospherian I have come across.

I therefore have a general question. What is the best portable typewriter ever made, in your opinion? I apologize if you have answered this question before. If so, could you dirct me to that post?

By the way, and this may expose my ignorance (I am a poor writer and cannot afford anthing more exotic), but I currently own a plastic body Smith Corona Cougar Deluxe and I find typing on it to be very pleasant. I have typed numerous short stories on it, as well as a few essays. I have to try writing a novel with it, however.

Thank you for sharing your knowledge with us.

Much apologies. Was not wearing my glasses when I posted. Did not see your rules for posting until just now. Embarrassed.

Much apologies. Was not wearing my glasses when I posted. Did not see your rules for posting until just now. Embarrassed.

I won't start on the modern 'news' or reporting. a few seconds of audio and a short piece in the paper are not news. I do not think there is a true reporter left in the USA.

Nice article. Most Modern writing is lazy. I am guilty of it. That is why I recently purchased a typewriter.