Modern-Day Heroes: Typewriter Collectors, Historians and Enthusiasts of the World

A TOP 70
These are just some of the typewriter collectors, historians and enthusiasts with whom I have had much contact over the past decade (at least the ones I have photographs of). Most, though not all, I have met in person, but I have found the vast majority to be most helpful and friendly, generous with their time and knowledge (and often their unique typewriter images) and a pleasure to deal with. May you all type on well into your dotages (None of the forgoing applies to Tom Hanks, of course, as he simply qualifies by owning one of my old typewriters, plus I have a photo of him): 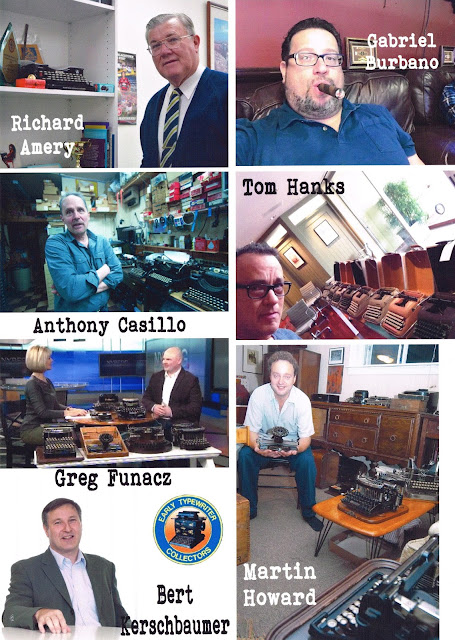 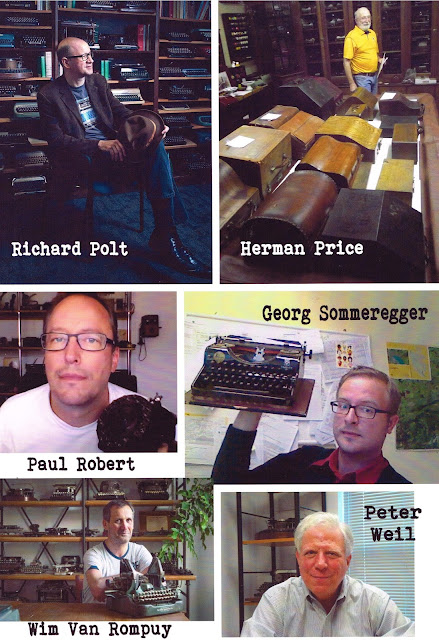 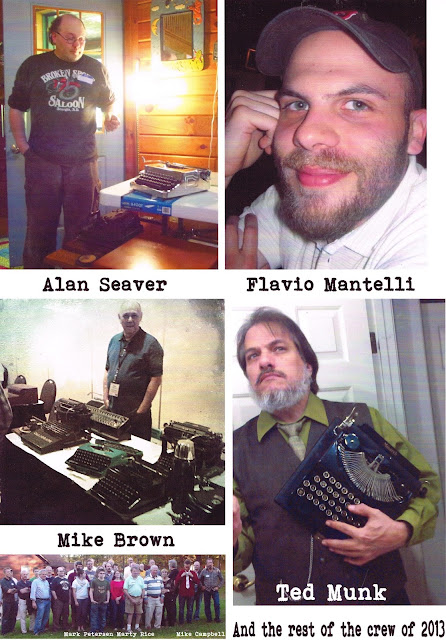 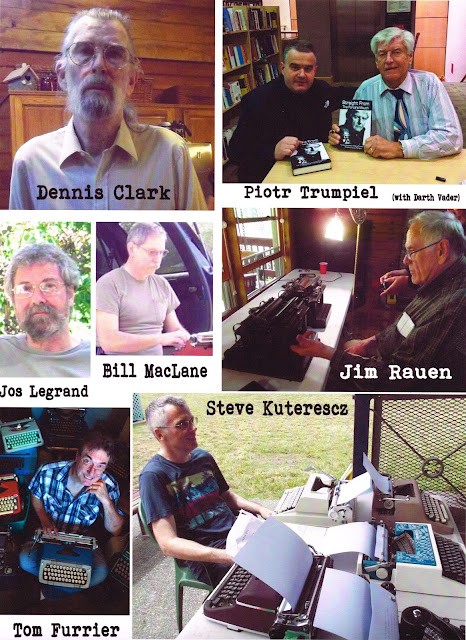 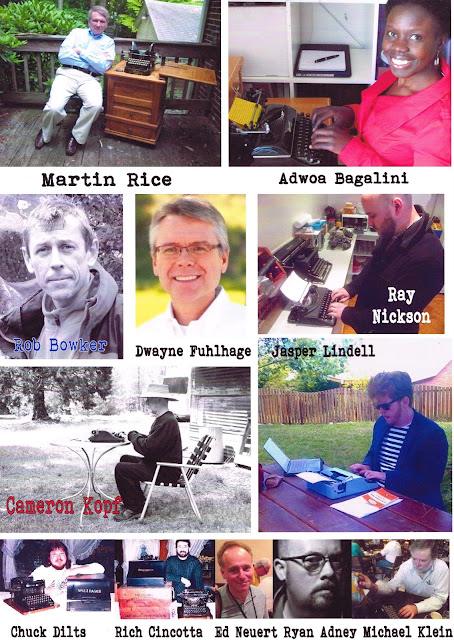 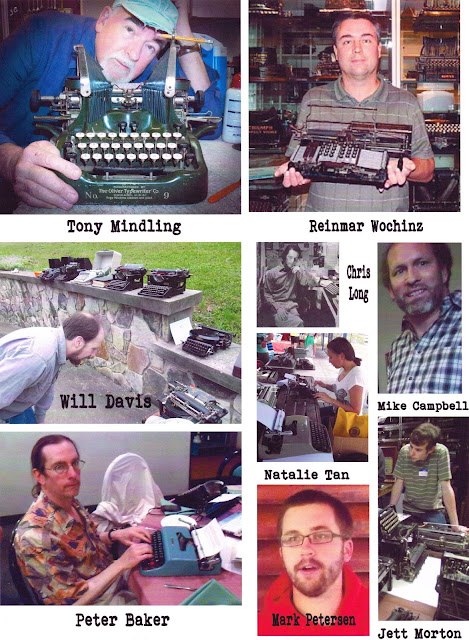 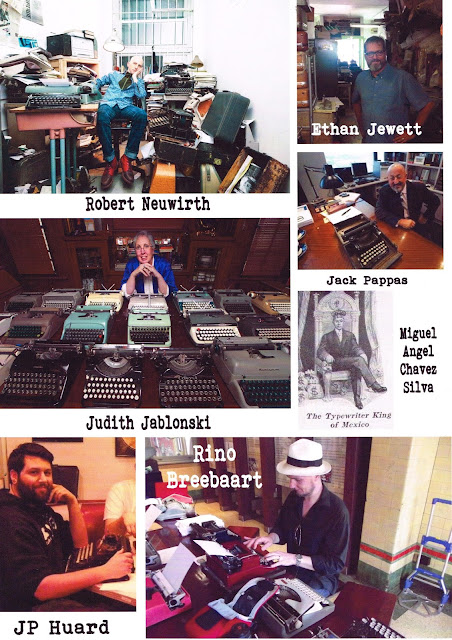 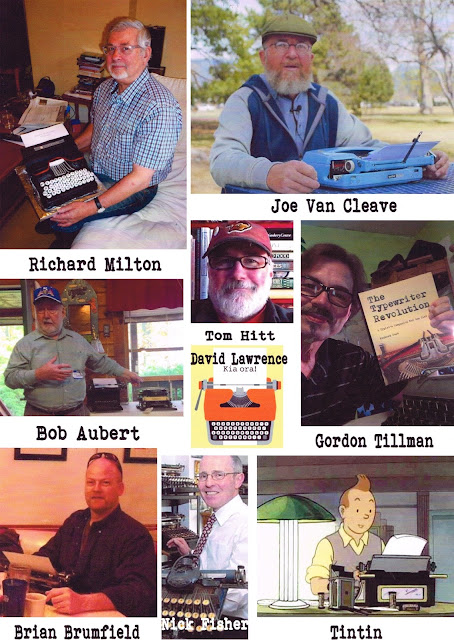 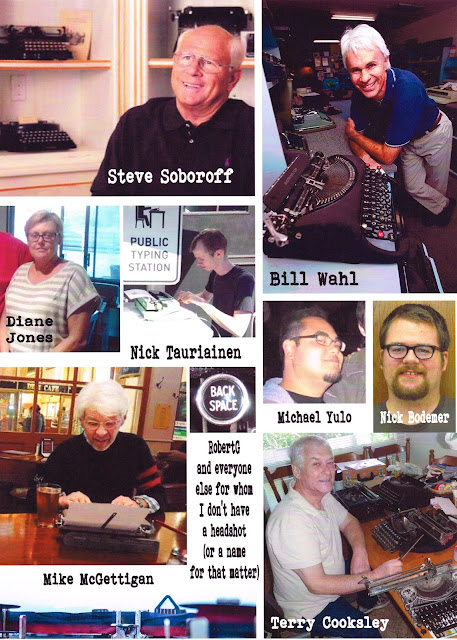 Nice! Great to see pics of so many people I only know by name & reputation (:

I am honored and surprised to have made the list! It certainly is a vastly large and impressive community of really good people.

W o W
Tom Hanks, the actor? Really?
I am amazed indeed. I'd love to have such a pal...xD

I also would love to be included in your list for the year 2015 or 2016. As the only indigenous Mexican and the youngest member on the group, and able and capable to write in three languages (Spanish, English and Deutsch... And some day, Aztec), I consider myself as a sort of bean between rice. I wish I could share with you a photo of my Richard Polt's book alongside my huge Olympia SG 3 and one of the drawings that are making me famous on the Internet...xD

Believe in me: We should send some words to each other. I also have interesting stories but I rarely have enough time to post them on my blog...xD

Hi. Rom's not a pal, he just owns one of my old typewriters, which used to belong to the actor Richard Harris. It was a Corona 3 which Liam Bartlett gave to Tom Hanks on Tokyo in 2009. See http://sixtyminutes.ninemsn.com.au/stories/813878/mr-nice-guy
Anyway, if want your photo on this post, that's easily fixed, just send me an image!
I've already added an extra eight or nine images today (I confess I'd forgotten to insert one page of them in the first place!).

That should read Tom not Rom!

An honour to be included, Robert! If someone had have told me ten years ago, when I first starting tapping away at typewriters, that I'd be included in such a venerable group, I wouldn't have been able to believe them.