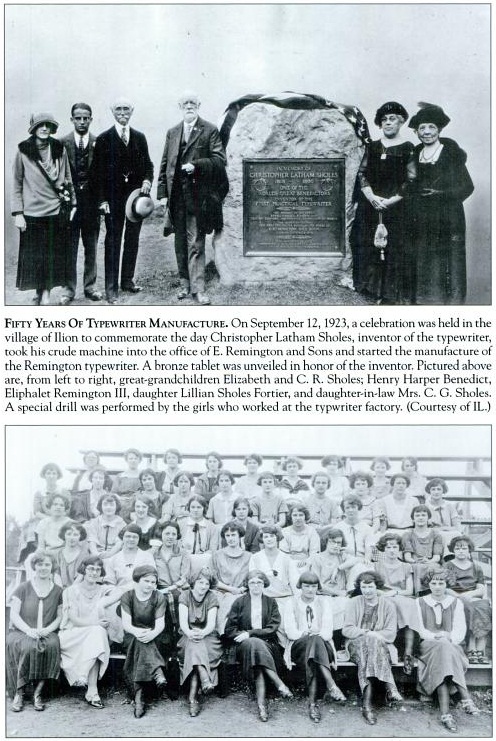 The New York magazine once said of Rita Reif that "Even among the city's media prima donnas [she] seems to be a standout." Reif, The New York Times' long-standing arts and antiques columnist, certainly got herself into a bit of a tizz in July 1973, over what she perceived to be a failure to properly mark the centenary of the typewriter.
Reif, who also covered auctions, wrote often in the Times about the resurgence of interest in old typewriters in that early 70s period, and knew her stuff. Indeed, she declared 1973 the year typewriters changed from being disposables to collectibles. But in this outburst, which appeared on July 21, she said there had been no "updated published history". In truth, Michael Adler's The Writing Machine came out that year, though published by George Allen & Unwin in Britain.
Still, if Reif was comparing the 100th anniversary of the typewriter with the celebrations which marked the 50th Jubilee, in 1923, she was on the money. Apart from many other events, two significant works appeared that year: A Condensed History of the Writing Machine: The Romance of Earlier Effort and the Realities of Present Day Accomplishment, edited by Ernest Merton Best for Typewriter Topics, and The Story of the Typewriter 1873-1923, written by Alan Campbell Reiley for the Herkimer County Historical Society. 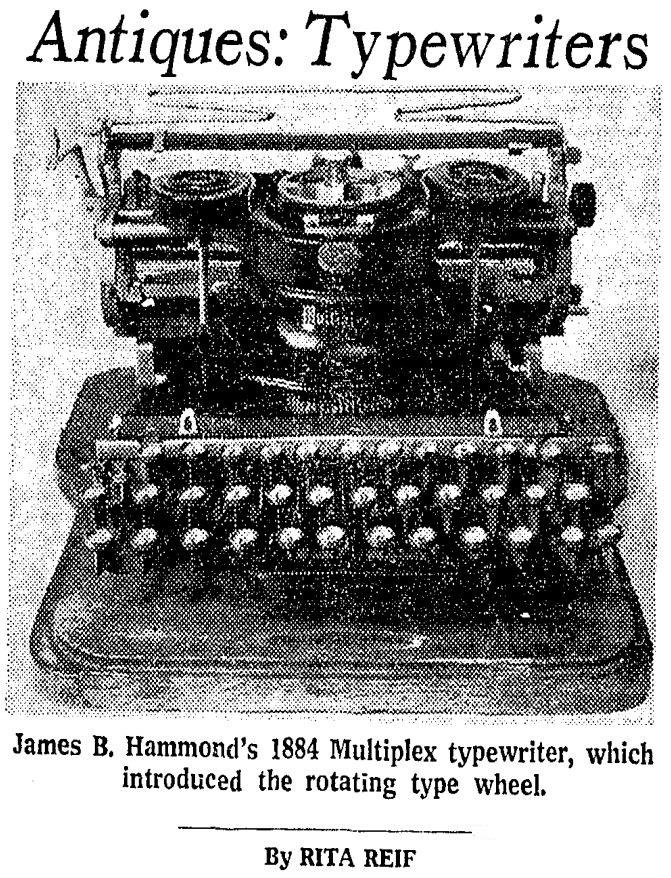 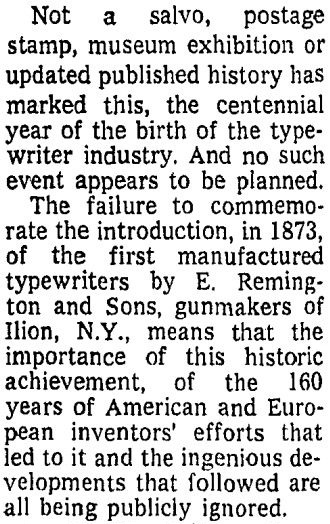 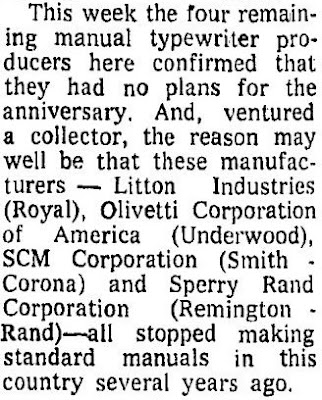 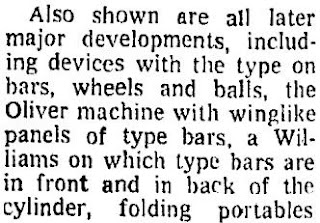 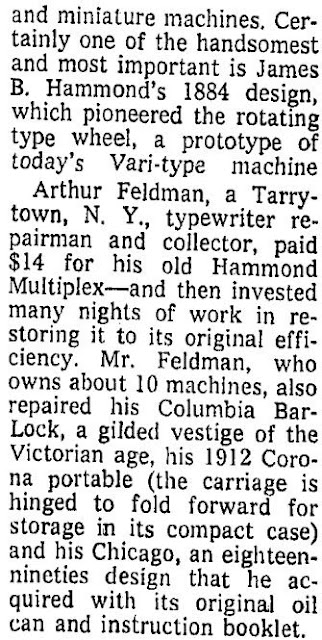 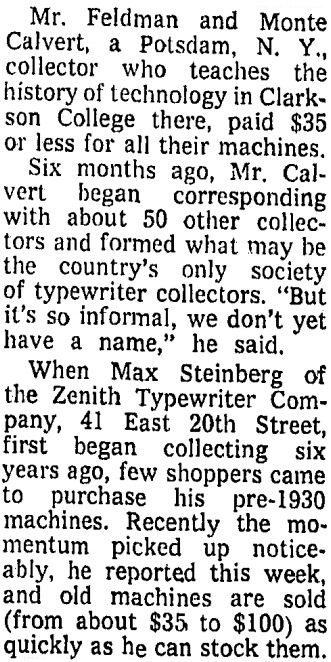 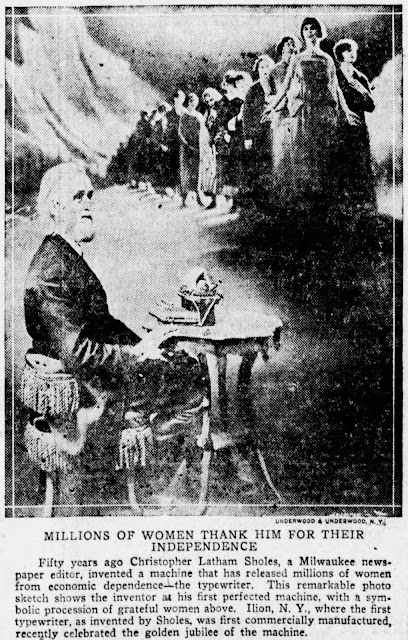 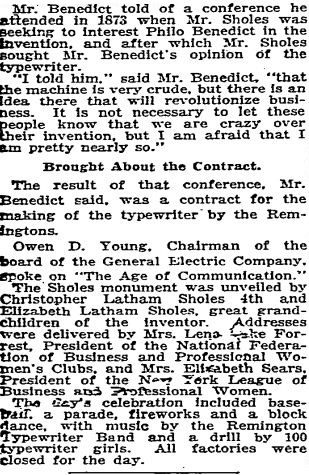 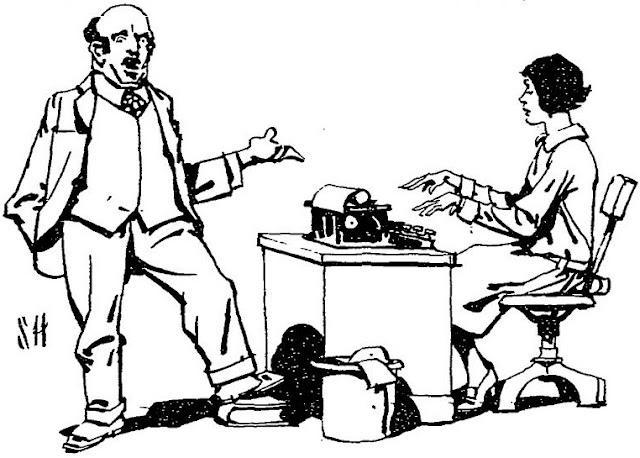 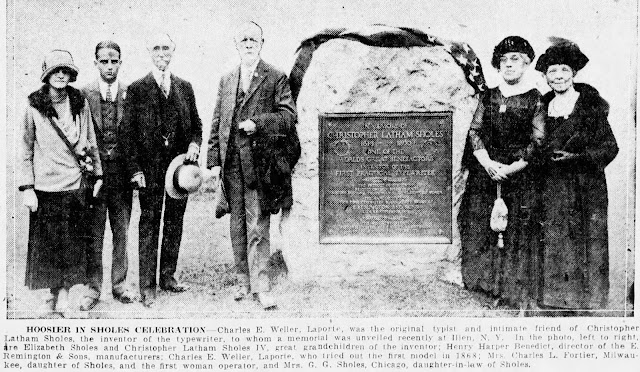 Even in outback towns in far off Australia, the 50th was duly recognised: 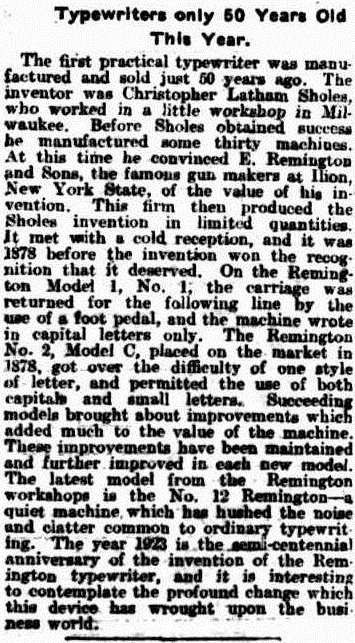 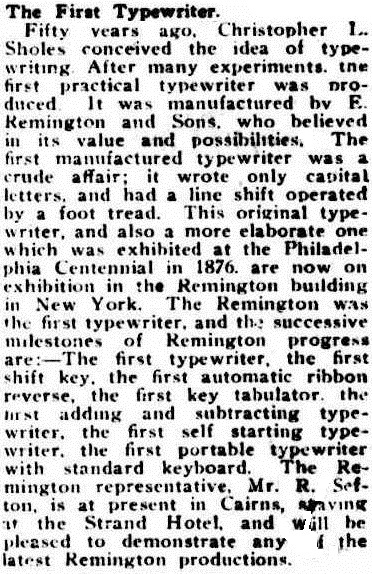 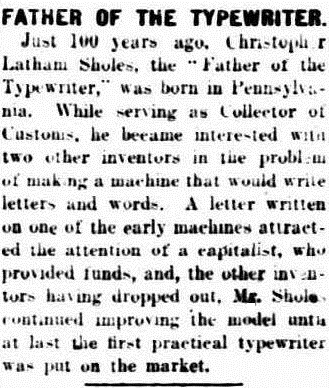 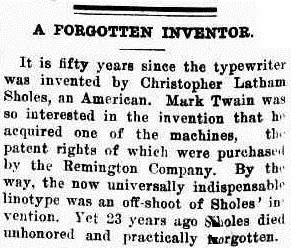 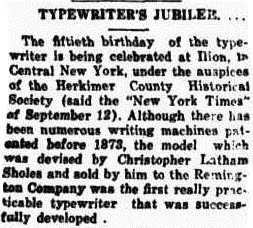 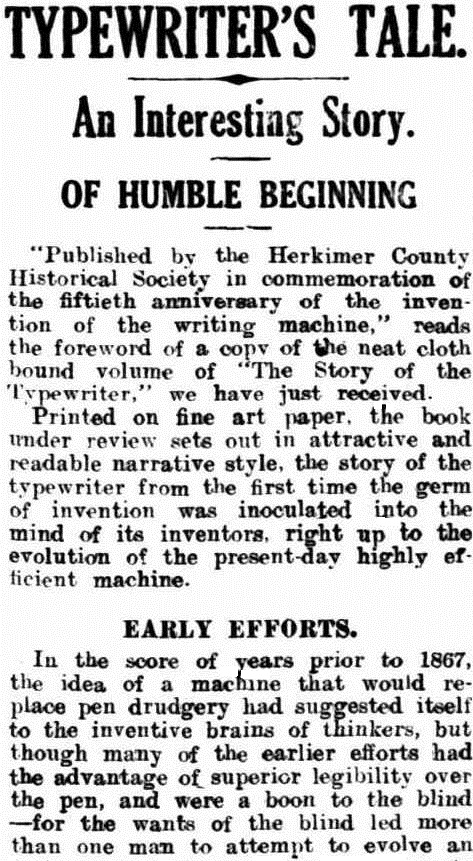 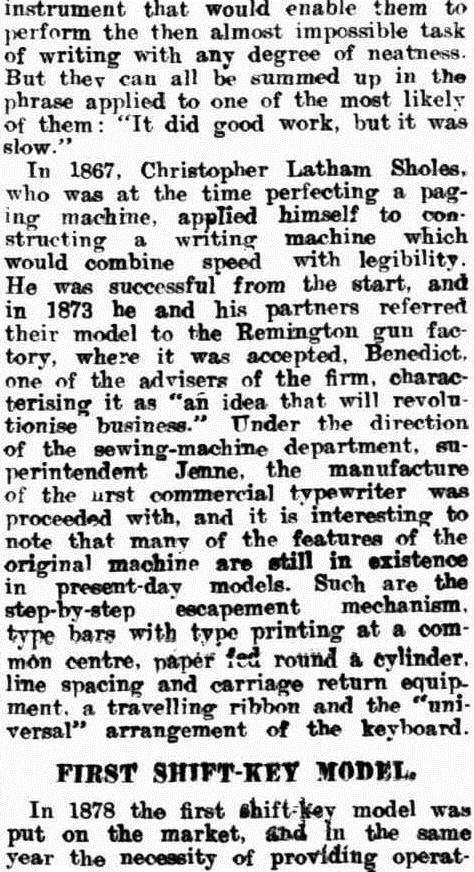 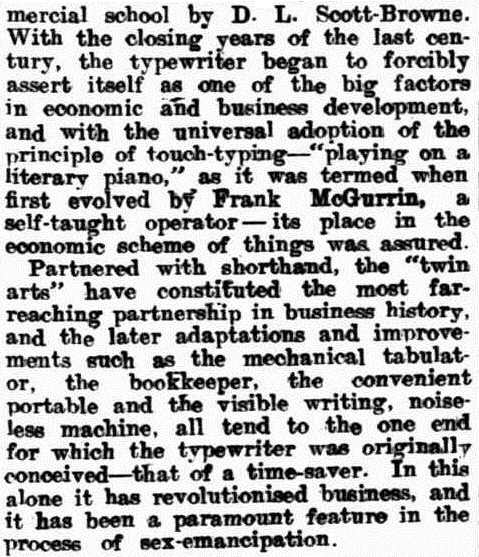 Tomorrow:
Dust Off That Old Banger: A Pictorial History of Typewriter Collecting (1934-1984). Part I: Dietz, Haining & Smock
Posted by Robert Messenger at 23:41

Ooh, very much looking forward to this series! :D