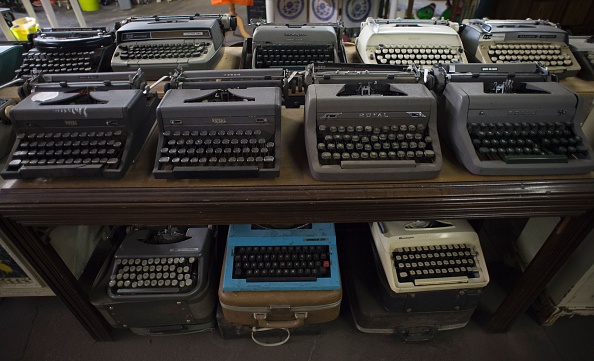 Still looking for those elusive chrome knobs for the ribbon spools on a Remington or Underwood Noiseless portable typewriter? Maybe you should try the trash cans of New York City. 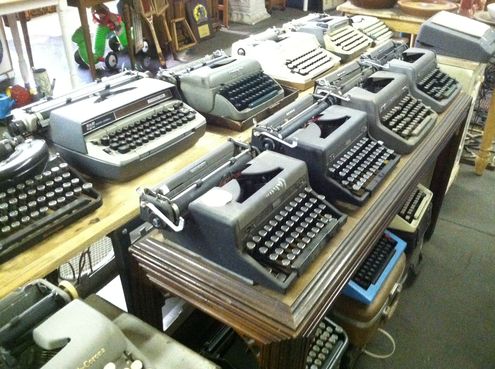 The typewriters seen above are part of the displays at former New York sanitation worker Nelson Molina's Treasure in the Trash gallery. His exhibits, on the second floor of an East Harlem sanitation garage, were put together during his 33 years on the job collecting trash. 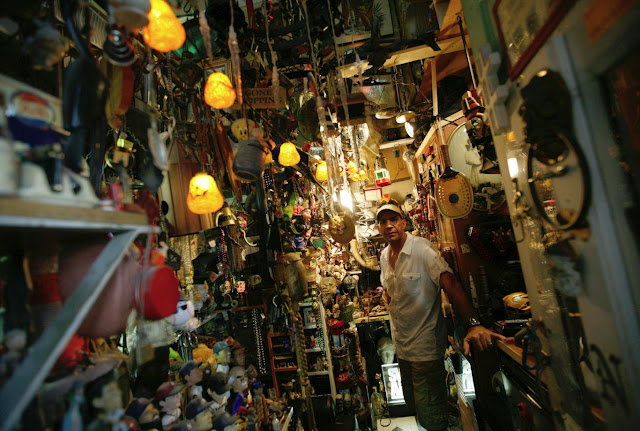 The New York Times wrote about it in 2012. And now, with Molina two years retired, it's back in the news. Under the heading "In a Sanitation Garage, a Gallery of Scavenged Art", Elizabeth A. Harris said back then, " The Trash Museum, curated by Nelson Molina ... is a collection made from ... what New Yorkers have thrown out. On 99th Street between First and Second Avenues in Manhattan, just a few blocks from some of the city’s most palatial homes, the air is tinged with a certain sourness." 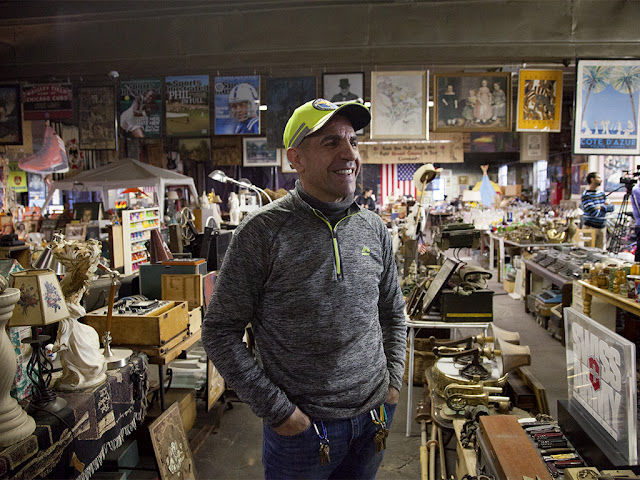 Molina, 61, began collecting pictures and trinkets along his route about in 1981, to brighten up his corner of the garage locker room. Gradually, his colleagues on East 99th Street began to contribute, gathering up discarded gems they thought he might enjoy. As the collection grew, word spread, and workers from other boroughs started to drop off contributions from time to time. Next, building superintendents along Molina’s route started putting things aside they thought he could use.
Molina’s route stretched from 96th Street to 110th Street, and depending on the day of the week, he worked either the eastern or western portion of that stretch. In his many years of collecting, he said, he has learned two things: that household trash yields the greatest treasures, and that neighbourhoods matter. “East of Third Avenue is more like East Harlem,” he explained. “Third Avenue west, that’s where I find everything.”
And if you're still looking for chrome ribbon spool covers, try estate sales. This one popped up in Toronto earlier this year. 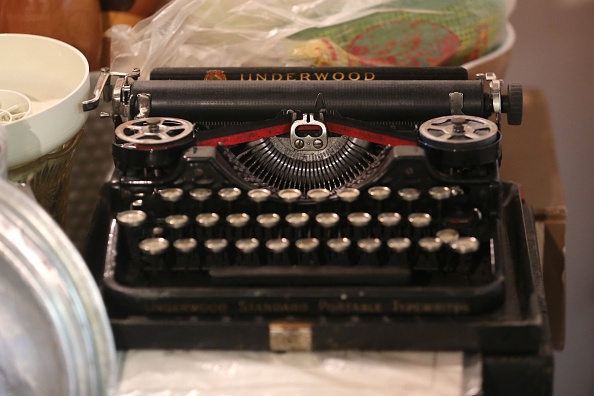 Posted by Robert Messenger at 10:34

I never heard of this fellow before, but now I'd love to visit his museum.

I've always said there is treasure in trash. I'm glad I do not work on the trash truck. Then I wish I still did. During high school summers I worked for our town and often got trash detail. I hauled many working treasures home. Mom just could not understand all that neat stuff.