1066 And All That: James Bartlett Hammond and his Battle Typewriters 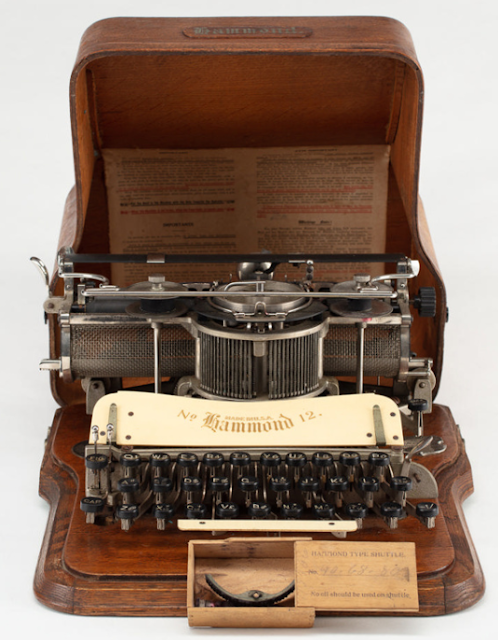 Did James Bartlett Hammond seriously tempt the fates when he visited England in 1906? After all, it was just a year before his infamous annus horribilis. When he left New York for Liverpool with his private secretary, Arthur S. Oldham, on the Carmania on May 9, 1906, Hammond told the New York Daily Tribune he was headed for his company’s English headquarters, at 50 Queen Victoria Street, London, particularly to promote his Model 12 typewriter, a machine able to produce copy in a range of Oriental languages. Hammond sales had been lagging in Britain since the end of the 1890s, and Hammond said he wanted to push the phonetic Chinese, Japanese kata kana and Persian capabilities of his typewriter. 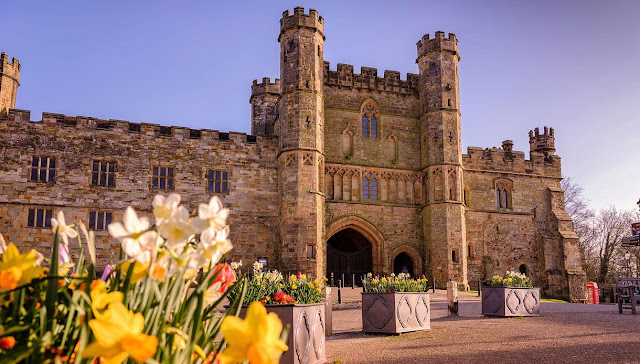 Battle Abbey
But when he visited the town of Battle in East Sussex and announced he planned to build a British “workers paradise” there, similar to the one he had established in New York, it was merely added ammunition for his enemies back home. Not only did they consider Hammond was being too kind to his US employees, on his visit to England he was also giving away typewriters – three of his machines for the blind were gifted by Hammond, in person, to Alice Biffin, Maud Weir and Daisy Bargate, students at the Royal Normal College for the Blind in Upper Norwood. 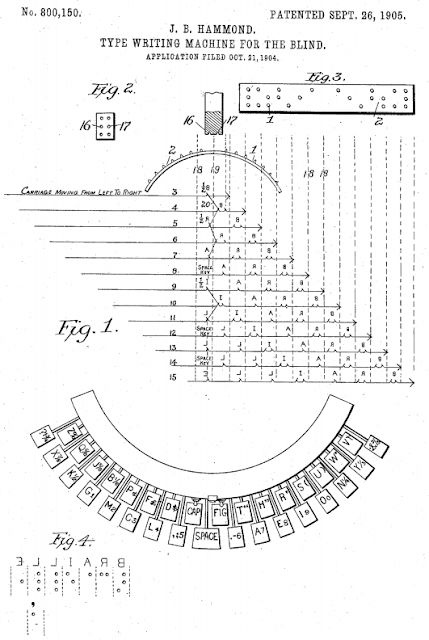 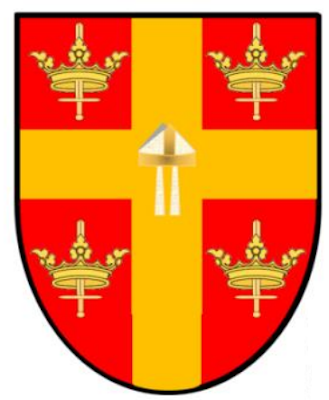 The crest of John Hammond, the last Abbot of Battle.
What took Hammond to Battle was a wish to visit the grave of his ancestor, John Hammond, the last Abbot of Battle*, whose remains were interred in St Katherine’s Chapel, by then the vestry in the parish of St Mary’s. Once there, Hammond told journalists he wanted to create a “model township” around his British factory. English newspapers described Hammond as a “model employer” and said he intended to house his workers at nominal rents in dwellings around the plant. “At the American factory of the Hammond company,” one local paper reported, “the employees have the use of a roof garden and are frequently taken on coach trips”. As well, of course, Hammond had in January 1906 introduced what The Los Angeles Times called “a novel profit-sharing scheme”. Hammond workers had been paid handsome dividends since 1902. At the start of 1906, “A week’s extra salary was paid to 200 employees, the amount thus distributed adding up to $5000, making a total of over $70,000 paid out in this way in a little more than three years,” the LA Times reported. “The Hammond system is about as effective a strike-breaker as could be devised.” To James Hammond’s critics, however, it was simply more evidence that he was insane. It turned out there was nothing wrong with Hammond’s mind, it was his body that was causing him problems. He and Oldham arrived back in New York on the Kronprinz Wilhelm on July 25, 1906, Hammond telling reporters that he had been “driven out of England because of the humidity there”. But he found New York in mid-summer little better. Plans for a Battle typewriter factory had been put on hold (permanently, as a result of the unfortunate events of 1907, though Hammond did return to England on the Lusitania in August 1908). Hammond had already set about working on an invention of a very different kind – a “movable climate”.

Hammond said he had been suffering from acute neuralgia, an infliction which today is described as “a stabbing, burning and often severe pain due to an irritated or damaged nerve”. In Hammond’s case, his discomfort seemed to stem from humidity. His invention would provide fellow sufferers relief in “any season or in whatever quarter of the globe he may chance to be”. It was a specially constructed portable “house”, 20 feet square, fitted with apparatus designed to supply the structure with the quality of air necessary to alleviate the pain. “It is entirely practical to carry your atmosphere with you,” he said. “All that is needed is an electric wire to operate such blowers as are necessary, a refrigerator and the necessary apparatus for driving the moisture out of the air.” 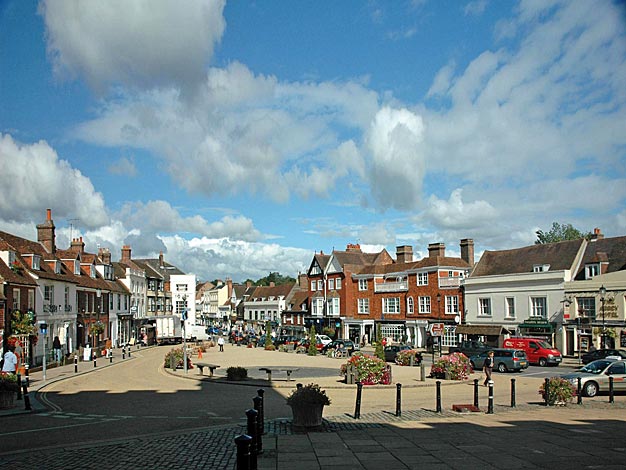 The town of Battle.

*There were as many as 31 Abbots of Battle between 1070 and 1538. John Hammond, who had been elected in 1529, was pensioned off at the dissolution of the abbey (ordered by King Henry VIII) in 1538. Hammond had previously been sacristan of the abbey from 1512. He continued to live in Battle, across the road from the abbey, at 4 Upper Lake, until his death in 1546. He left £6 13s 4d, an inheritance which was paled by comparison with James Bartlett Hammond’s estate of £59,690 11s 10d in 1913. While relatives fought over James Hammond’s estate, John Hammond left 10 shillings each to the next 13 poor maidens to be married. Hammond, by the way, was a surname introduced to England by the Normans.

Battle Abbey was founded as a Benedictine monastery by William the Conqueror, Duke of Normandy, on the spot where King Harold was killed during the Battle of Hastings on October 14, 1066. Battle is 50 miles south-east of London.

I wonder, what model was Hammond giving away at that trip. I had bought a Hammond for the blind in UK before, I believe it was No. 2 (I am not sure need to check) with the Ideal keyboard.