Spotlight on the Centenary of the MAP Typewriter 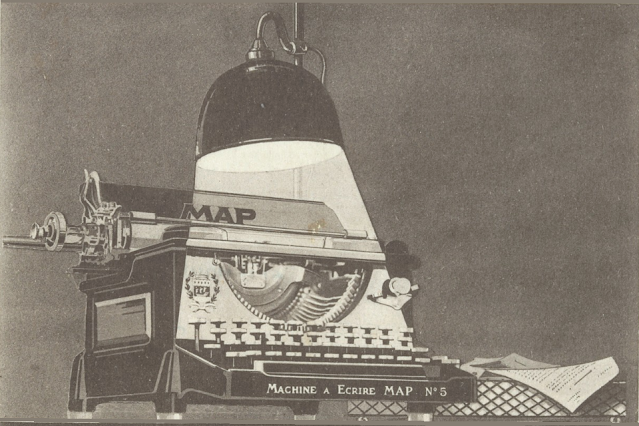 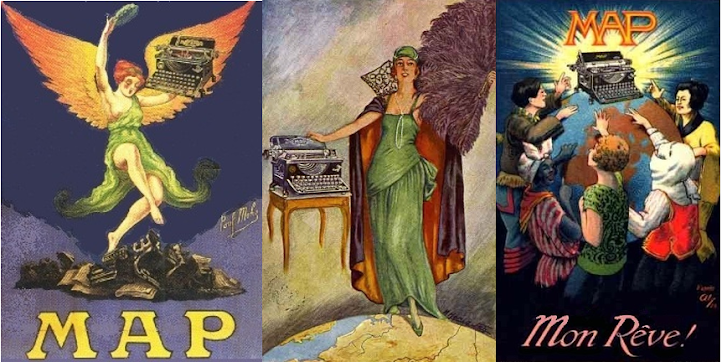 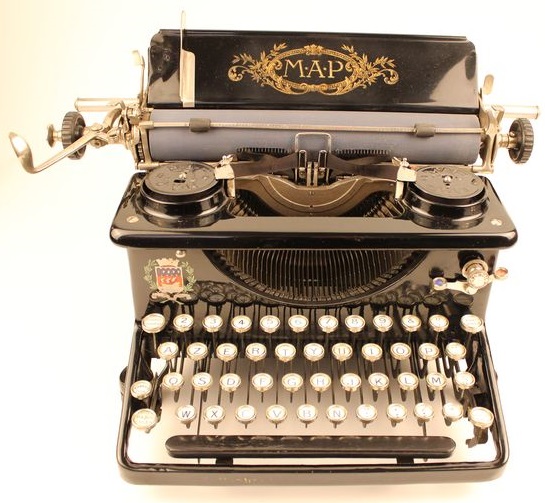 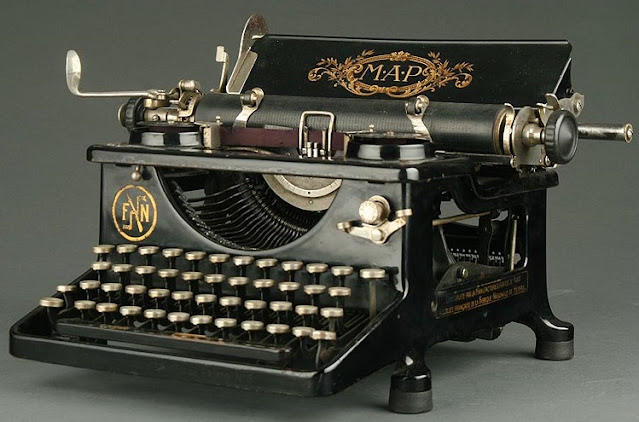 2021 will be the centenary year of the French-Belgian typewriter, the MAP (Manufacture d'Armes de Paris). This machine, starting out in June 1921 with Model 3 serial number 500, was manufactured by a subsidiary of MAP, the Société des Machines à écrire MAP in St Denis (Seine), in a World War I machine gun factory converted to make office equipment. The plant was founded in 1915 by Alexandre Galopin (1879-1944) and Jean Georges Gustave Thomas Joassart (1880-1953), exiled executives of the Belgian national arms factory Fabrique National de Herstal, of which MAP was the French associate organisation (Herstal is a town in Belgium). The typewriter was designed, and its production overseen, by American Halcolm Gordon Ellis. 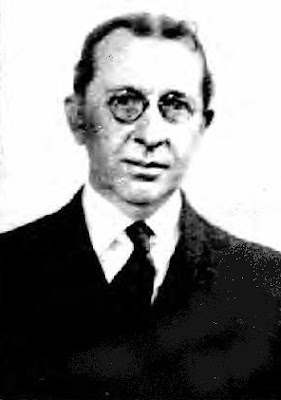 Halcolm Gordon Ellis
Ellis was born in Springfield, Massachusetts, on October 17, 1867. From 1893 he worked as a patent attorney for Knight Brothers in St Louis. After joining the Office of Jury Commissioner, Ellis took up inventing himself. His first patent, in 1895, was for a cotton press. In 1901 Ellis and an engineer friend, Nathan Wait Perkins Jr (1861-1932), designed a small adding machine. It was the start of a long and fruitful partnership between the two. When in 1903 Ellis moved to New York, Perkins followed. Both eventually settled in East Orange, New Jersey. Meanwhile, in 1902 Ellis, while living in Attleboro, Massachusetts, patented a small three-bank portable typewriter which, if it had been made, would surely have been a challenger to the Rose-Corona 3 folding typewriter. Indeed, given the patent was issued in 1904, it might well have beaten the Rose folding typewriter to the purely portable punch. It wasn’t made because the Massachusetts banker who was funding Ellis’s projects died. 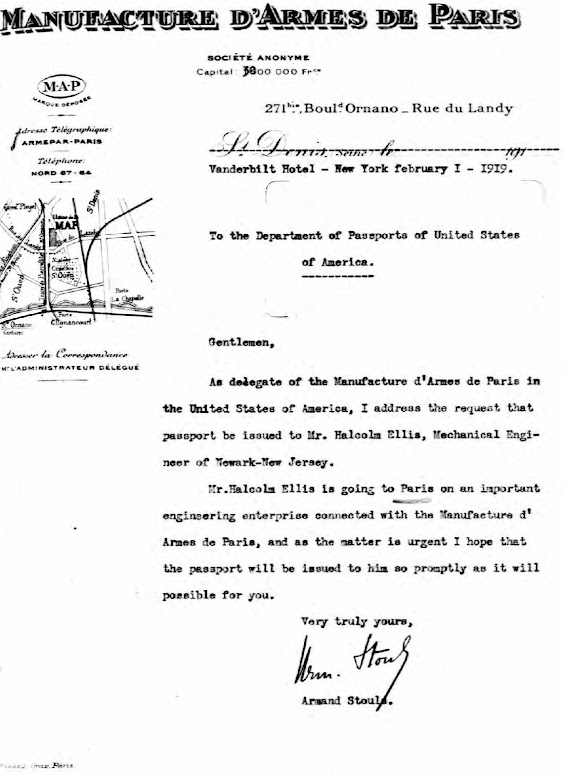 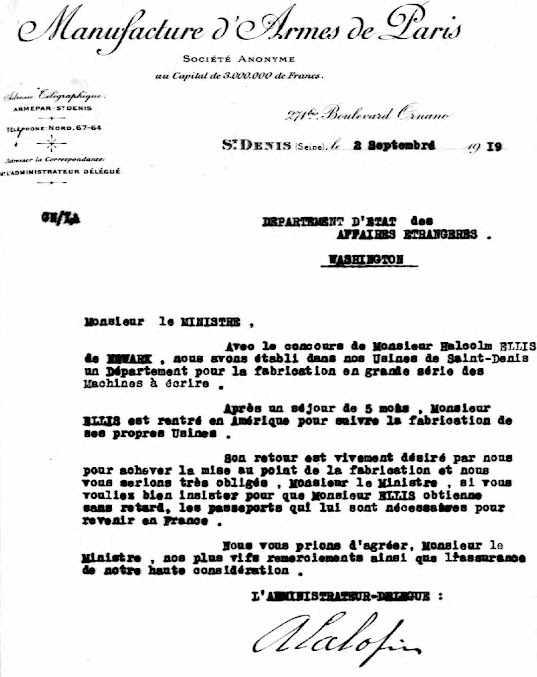 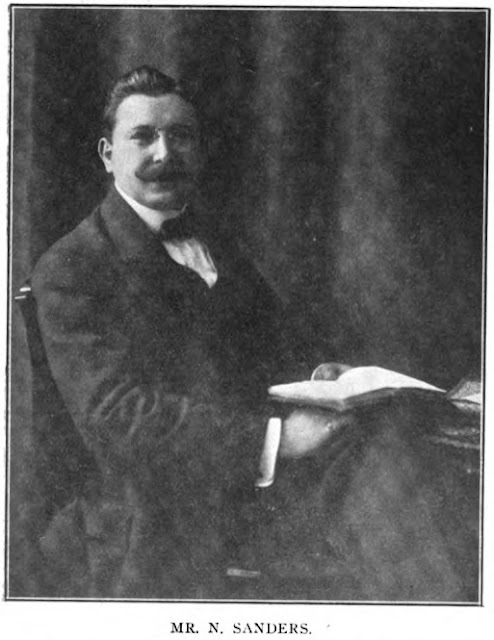 In 1919 Ellis returned from many years of working on combined adding machine-typewriters to an out-and-out typewriter and designed what would become the MAP. His Paris sales representative and MAP’s managing director, Dutch-born Nathan 'Nico' Sanders (1884-), encouraged Ellis to move to France to provide production expertise. Apart from returning his mother’s remains to the United States, Ellis stayed in Paris until his death, from a brain hemorrhage, aged 57, in a hotel at 50 Rue Fontenelles, Sevres, at Seine-et-Oise, west of St Denis, on May 26, 1925. 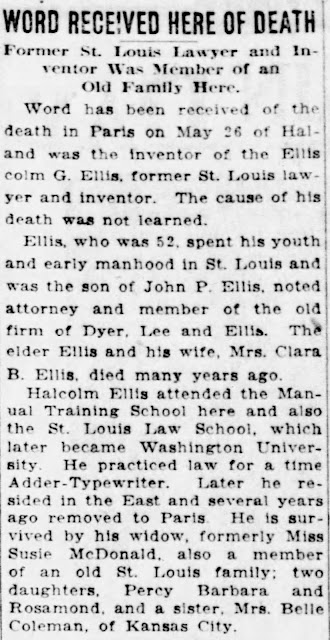 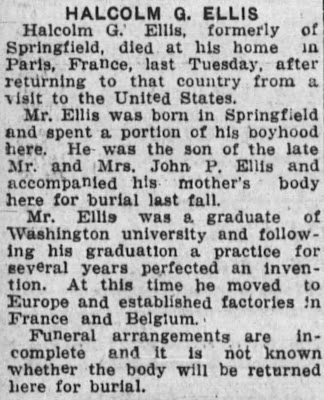 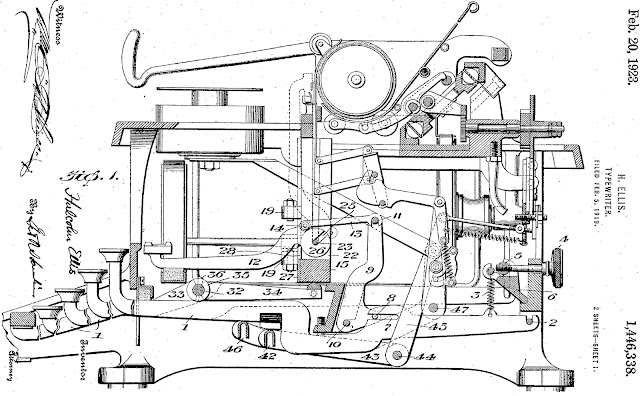 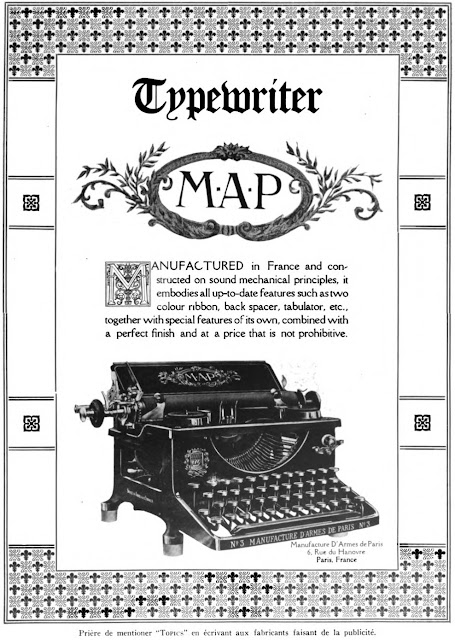 The MAP continued to be made until 1954. To ensure its initial success, Sanders put together a hugely impressive board of directors, who included: Louis Renault, the industrialist and pioneer of the automobile industry; Émile Pathé of the Société Pathé Frères, the largest film equipment and production company in the world, as well as a major producer of phonograph records; Ernest Chenard, a railway engineer and bicycles manufacturer who founded automobile business Chenard, Walcker et Compagnie with mining engineer Henri Walcker; Gustave Adolphe Clément-Bayard, an entrepreneur who raced and manufactured bicycles, pneumatic tyres, motorcycles, automobiles, aeroplanes and airships; Louis Delâge, a pioneer automotive engineer and manufacturer; and Léon Ernest Gaumont, an inventor, engineer and industrialist who was a pioneer of the motion picture industry. 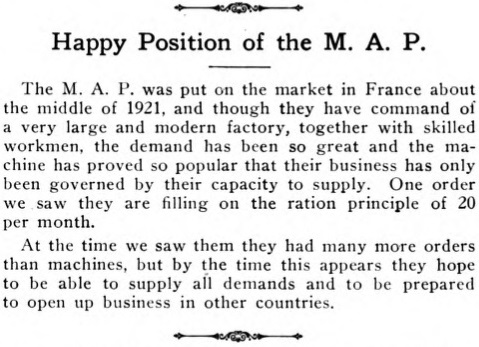 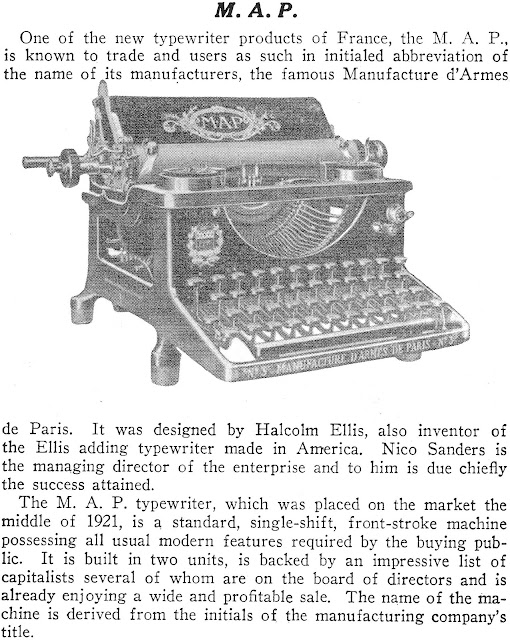 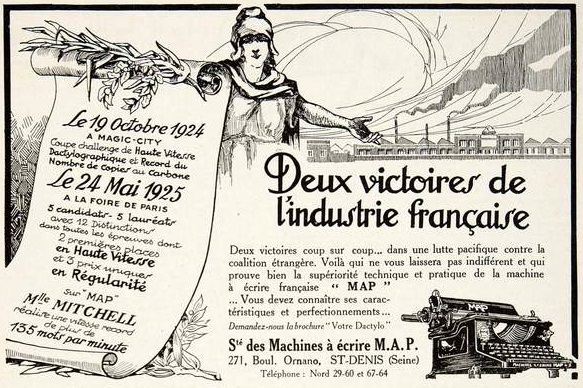 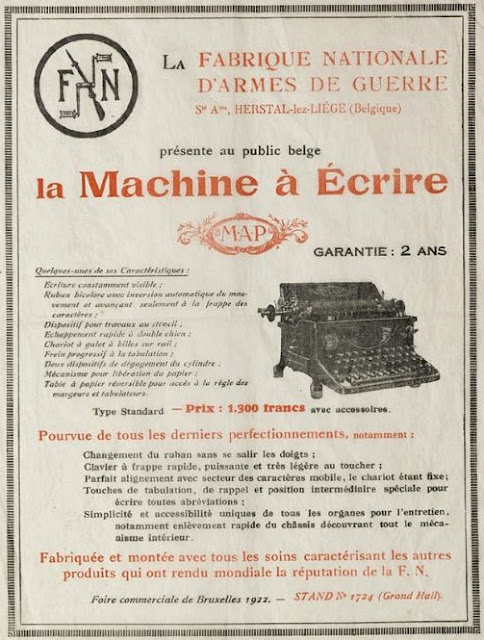 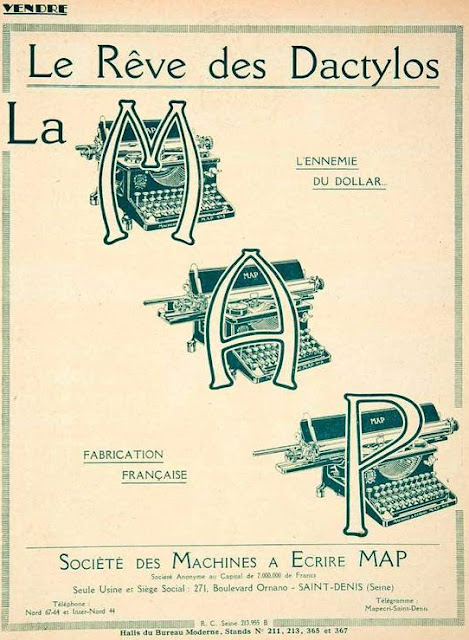 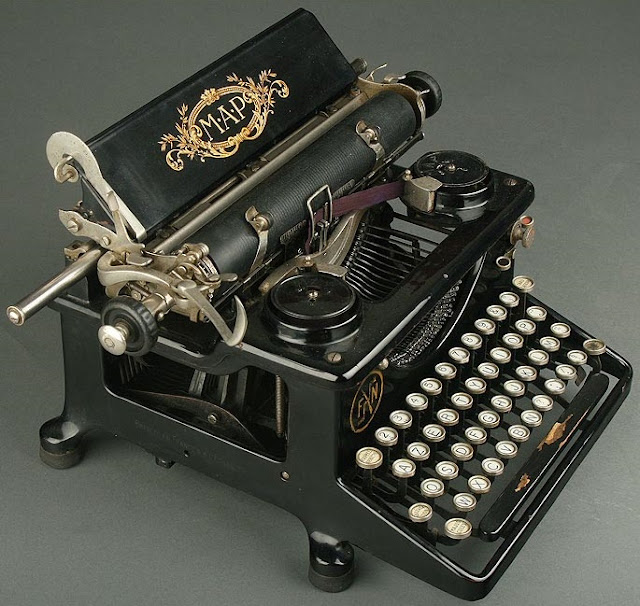 Posted by Robert Messenger at 16:45

It's a very striking typewriter, and I'd love to get my hands on one sometime. Its feet are magnificent! Thanks for the history.

Thanks for this history of an unusual and unique typewriter! And a semi-french one... Wishes for a Happy New Year from France!

I bet that could have bought a few packets of Galoises!

Yet another exemplary investigative report from our favorite scribe.