The first person to sell typewriters in the United Kingdom was named, aptly enough, William Shakespear. The Bard’s name is most often - though not always - spelled with a final “e”, and the typewriter Shakespear also had a middle name, Henry (Harry on his gravestone at O'Neill's Point Cemetery, Takapuna), which the Strafford-upon-Avon guy didn’t. William Henry Shakespear was born the son of a building labourer at Leamington Spa, Warwickshire, England, on March 11, 1838, and died at Takapuna, Auckland, New Zealand, on January 29, 1899. 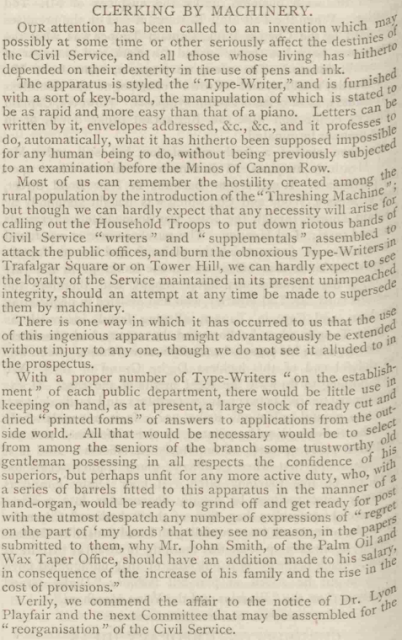 Shakespear had first seen the Sholes & Glidden typewriter exhibited at Pomona Gardens in Manchester in mid-November 1874, just 4½ months after it had been launched in New York. Like his older brother, Thomas Cooper Shakespear, one of the more prominent pioneers in the sewing machine industry, William decided to invest heavily in a still new labour-saving device. But Britain was unsure it was ready for the typewriter. The services newspaper The Broad Arrow said it was reminded of the hostility created by the “threshing machine” and suggested the Sholes & Glidden would “seriously affect the destinies of the Civil Service”. The Broad Arrow didn’t, however, believe the Household Troops would be called out “to put down riotous bands” of public servants threatening to “burn the obnoxious typewriter in Trafalgar Square or on Tower Hill”. 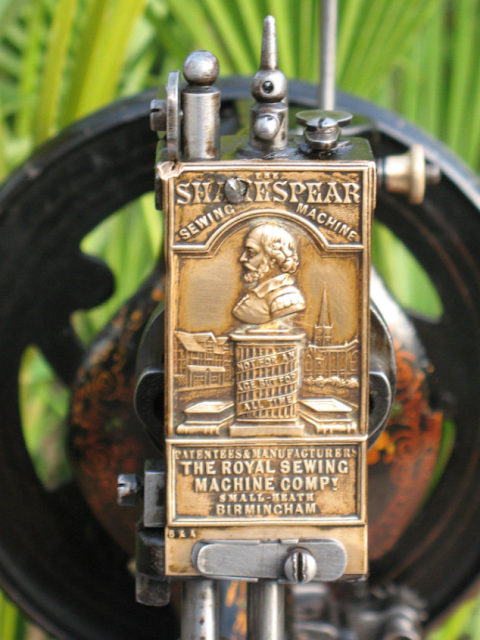 William Shakespear had first worked as a copper merchant in Grahamstown (now Makhanda) and Adelaide in the Eastern Cape province of South Africa in the early to mid-1860s, but returned to England to join Thomas’s successful enterprise. The brothers used the head of The Bard in their first trademark. William settled in a stable at 4 South Hunter Street in Liverpool. At Christmas time 1875, William started selling Sholes & Gliddens from his office at 122 Bold Street, Liverpool, which is nowadays (perhaps less aptly) an American Pizza Slice outlet. 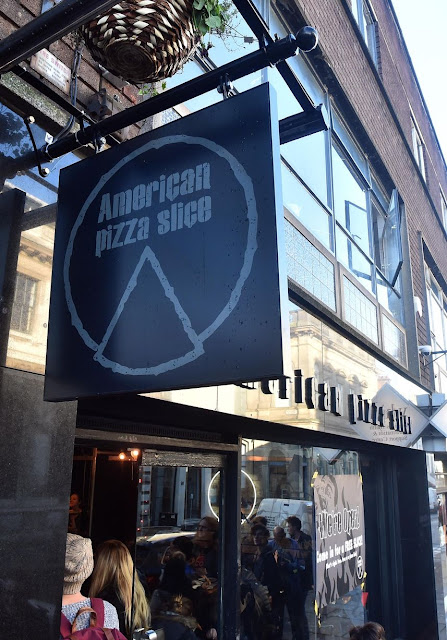 William was unable to match in the typewriter trade what Thomas had achieved with the Royal (later Shakespear) sewing machine. Soon after marrying Harriet Elizabeth Kennerley in October 1877, William took up Thomas’ offer of the Shakespear sewing machine franchise in New Zealand. He set up business at 246 Queens Street, Auckland, and continued to trade in the city until early 1899, when illness forced him to sell up. He died soon afterwards. Apart from the sewing machines, some of which he assembled at his premises, William also sold imported bicycles and tricycles and “fancy goods” such as wool and silk items. 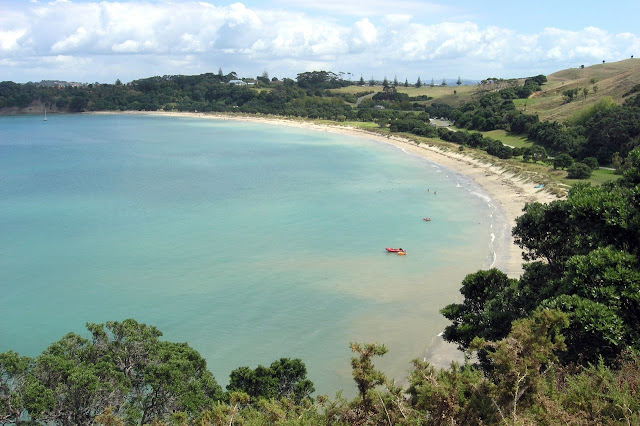 Shakespear Park
His surname is not forgotten in New Zealand, though it’s highly unlikely New Zealanders know what William Henry Shakespear did for a living. The stunning Shakespear Park open sanctuary, at the end of the Whangaparaoa Peninsula, a 500 hectare Auckland regional park, is named in his honour, once having been William’s large sheep farm. He bought the property in 1883 and it was purchased from the Shakespear family by the Auckland Regional Authority in 1967.
Posted by Robert Messenger at 15:21

The passage from the The Broad Arrow is prescient: they even anticipate automatic text, such as would be produced by devices such as the Hooven and which we encounter every day in digital form.

Did you know that a certain elderly gentleman named William Shakespeare was among the first in the UK to get a coronavirus vaccine?