Bluey and Her Typewriter

My five-year-old grand-daughter Ely knows a typewriter when she sees one (she owns a few too). So when, last month, a typewriter popped up on one of her favourite Australian animated children’s TV shows, Bluey, Ely let out a yell of delight. 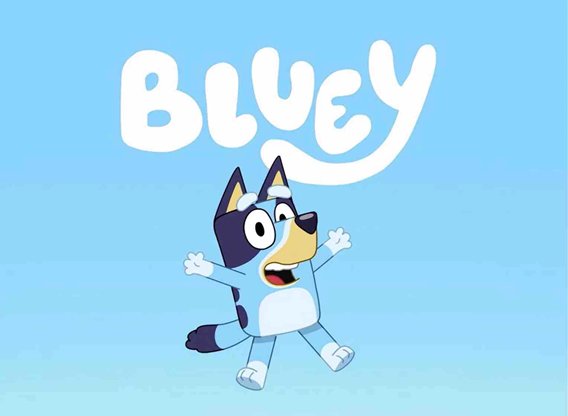 The series Bluey premiered on the Australian Broadcasting Corporation’s ABC Kids programme in October 2018. It’s shown on Disney Junior in the United States and internationally on Disney+. It won an Australian Logie Award for Most Outstanding Children's Program last year as well as an International Emmy Kids Award. The main character is an Australian cattle dog, a breed of short-coated herding dog originally developed in Australia for droving cattle over long distances across rough terrain (and known as a “heeler”). One variation has black hair distributed evenly through a white coat, giving the appearance of it being blue. Australians have a long-standing habit of adding the letter “y” to most names. 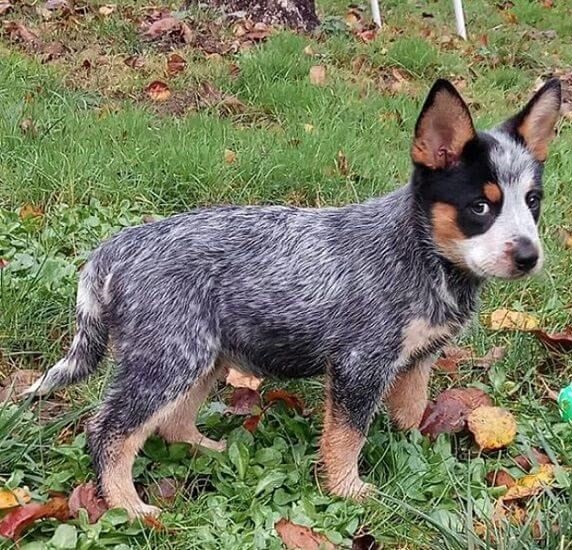 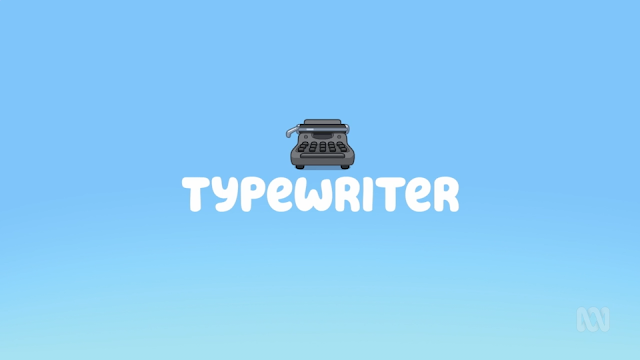 Bluey the TV dog is an anthropomorphic six-year-old characterised by her abundance of energy, imagination and curiosity of the world. According to the IMDb, the episode titled “Typewriter” rated 9.5 out of 10 and ranked fifth in the series’ “Best 10” episodes. In it, Bluey questions a story told by her teacher, which leads to her re-writing it on an old typewriter. Eventually, the typewriter goes missing and she enlists the help of her friends to find it again.

The series has been praised by television critics for depicting modern everyday family life, constructive parenting messages and a positive father figure. One reviewer said Bluey “feels like it was intended for people who hate children's shows. It manages to be engaging for kids while still being entertaining for adults. It never talks down to children, instead portraying a far more loving, albeit realistic family dynamic than most kids' TV shows.” 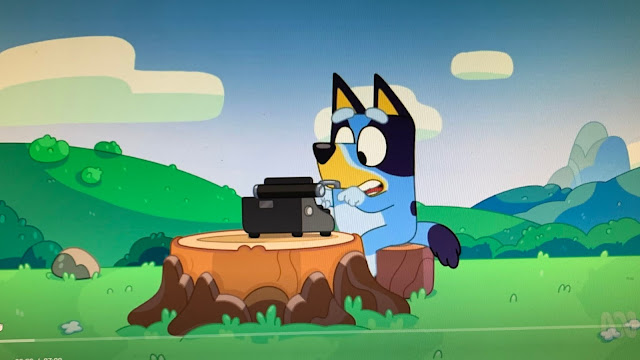 This certainly seems to have been the case with the “Typewriter” episode, the 49th of season two screened on November 16 this year. Various adult viewers went online with their interpretations. One commented, “I think this is the Bluey version of The Wizard of Oz. Bluey wanted to be a real writer, At the end the typewriter is [shown hidden] behind an emerald cloth. It didn't strike me that Bluey, of all people, really needed to be told to imagine a typewriter (after the real one was swiped). Or for that matter why, from the very outset, Bluey always referred to it as ‘the real typewriter’, as if there were some unreal one around as well. Or that a six-year-old these days would want to use a typewriter or even know how to. This episode did bring back one memory, though: I once wrote a short novel which I then re-drafted, almost entirely on a typewriter I had set up on a tree stump in the middle of a big paddock.” 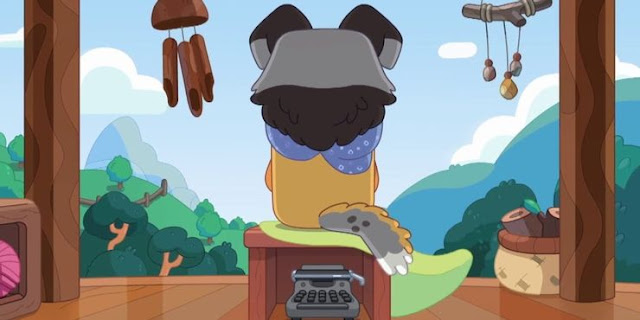 One response was, “Bluey had to learn that she didn't need a real typewriter to play at being a writer.” I doubt the scriptwriters, who presumably know real writing comes from real typewriters, would agree with this. And my experience in the past two years is that six-year-olds really do want to use typewriters. Just ask the curators at the Museum of Australian Democracy for confirmation about that. Or my grand-daughter Ely …
Posted by Robert Messenger at 09:20

I note that the carriage return lever is on the correct side in one picture, but not in another. Oh, well! It sounds like a charming story nonetheless.

My sister had a very beloved heeler, whose name she even got tattooed on her. A very quiet and loyal dog.

Sounds like a wonderful program for children.
Dogs are such fun, and loyal companions. I miss my Rottweilers. Where I live now there is not enough room for a dog.