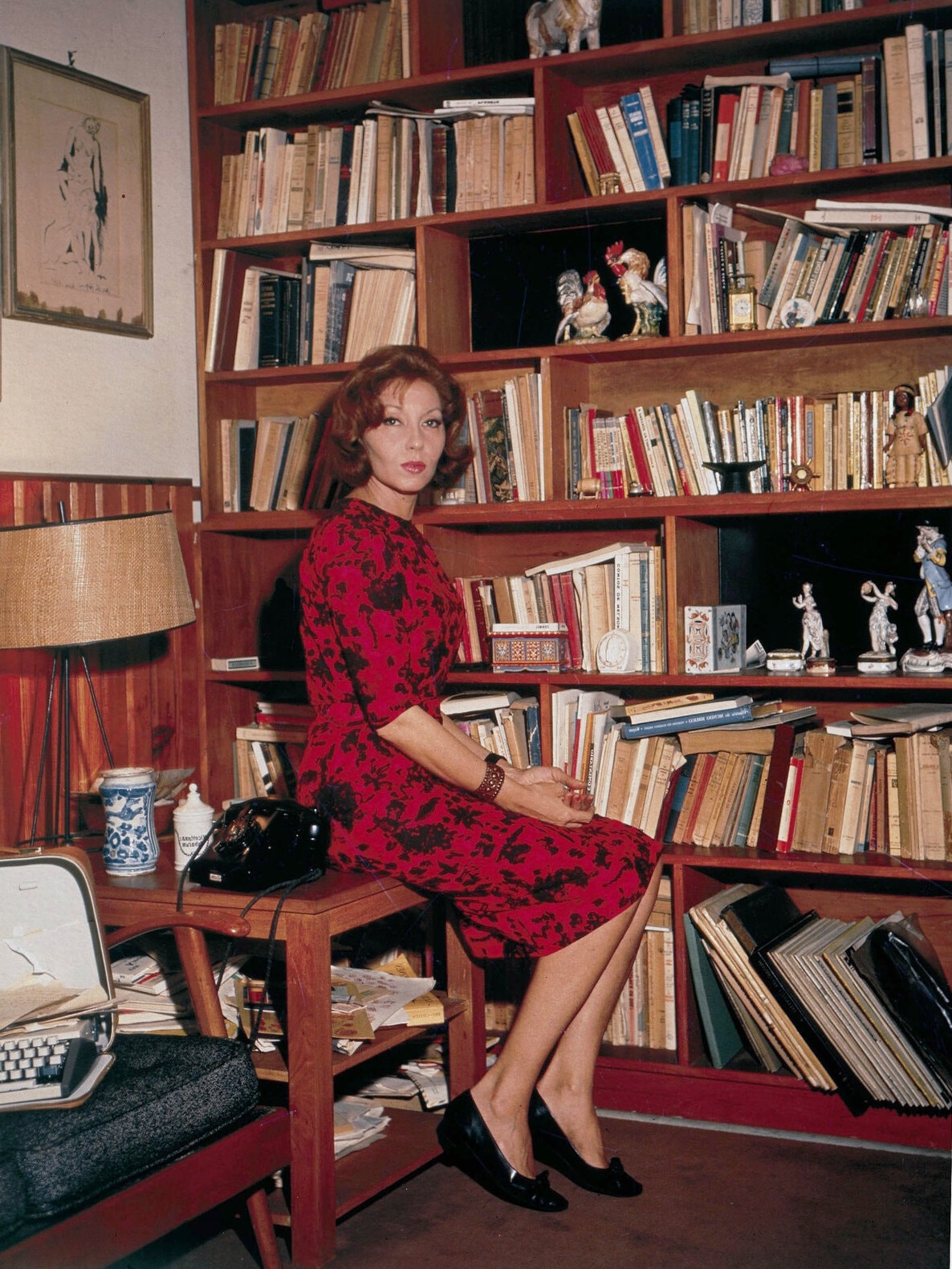 As if there aren’t enough deaths around the globe right now, The New York Times is running a series called “Overlooked”, containing obituaries for remarkable people whose deaths, beginning in 1851, were previously unreported in the newspaper. The latest is for Clarice Lispector, a “novelist who captivated Brazil”. “Critics lauded her stream-of-consciousness style and described her as glamorous and mysterious,” the Times reported. “But she didn’t always welcome the attention she received.” 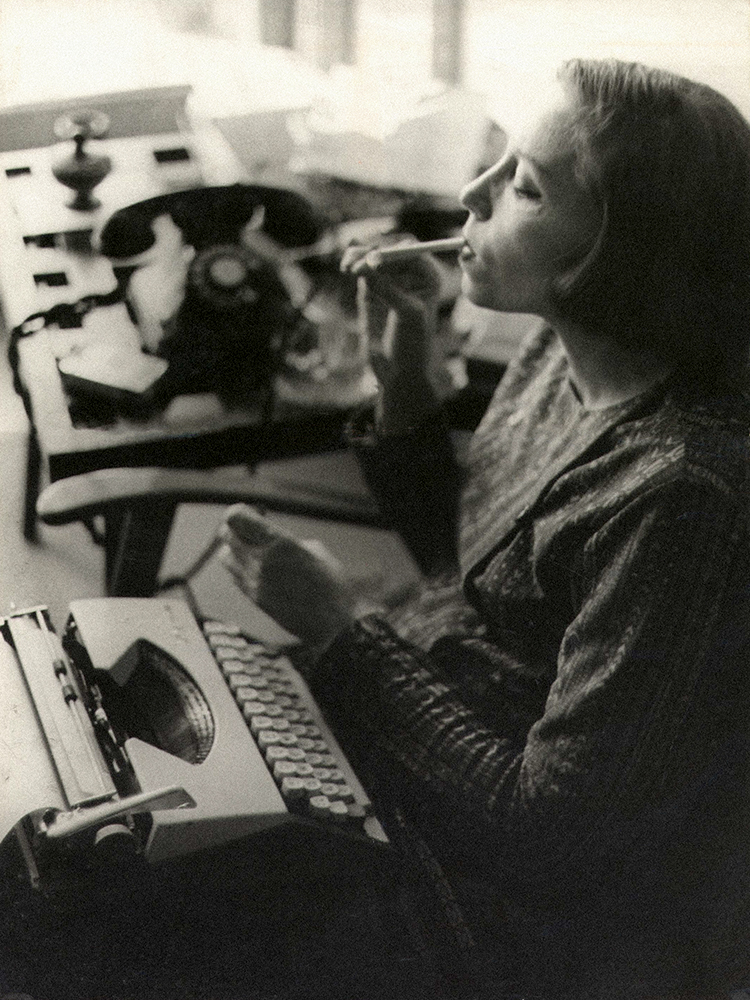 Clarice published nine novels, 85 short stories, five books for children and countless letters and newspaper columns, “cementing her reputation as a writer of great, if cryptic, power”. She was born Chaya Pinkhasivna Lispector to a Jewish family in Chechelnyk near Odesa Oblast in the Ukraine (then part of the Soviet Union) on December 10, 1920, and died in Rio de Janeiro a day before her 57th birthday. Before she had turned two, her family moved to Brazil. “It was a time of chaos, famine, and racial war,” The New Yorker said, in 2015, of Clarice’s earliest, Ukrainian years. “Her grandfather was murdered; her mother [Mania] was raped; her father [Pinkhas] was exiled, penniless, to the other side of the world. The family’s tattered remnants washed up in north-eastern Brazil, in 1922. There, her brilliant father, reduced to peddling rags, barely managed to keep his family fed; there, when Clarice was not quite nine, her mother died of her wartime injuries.” 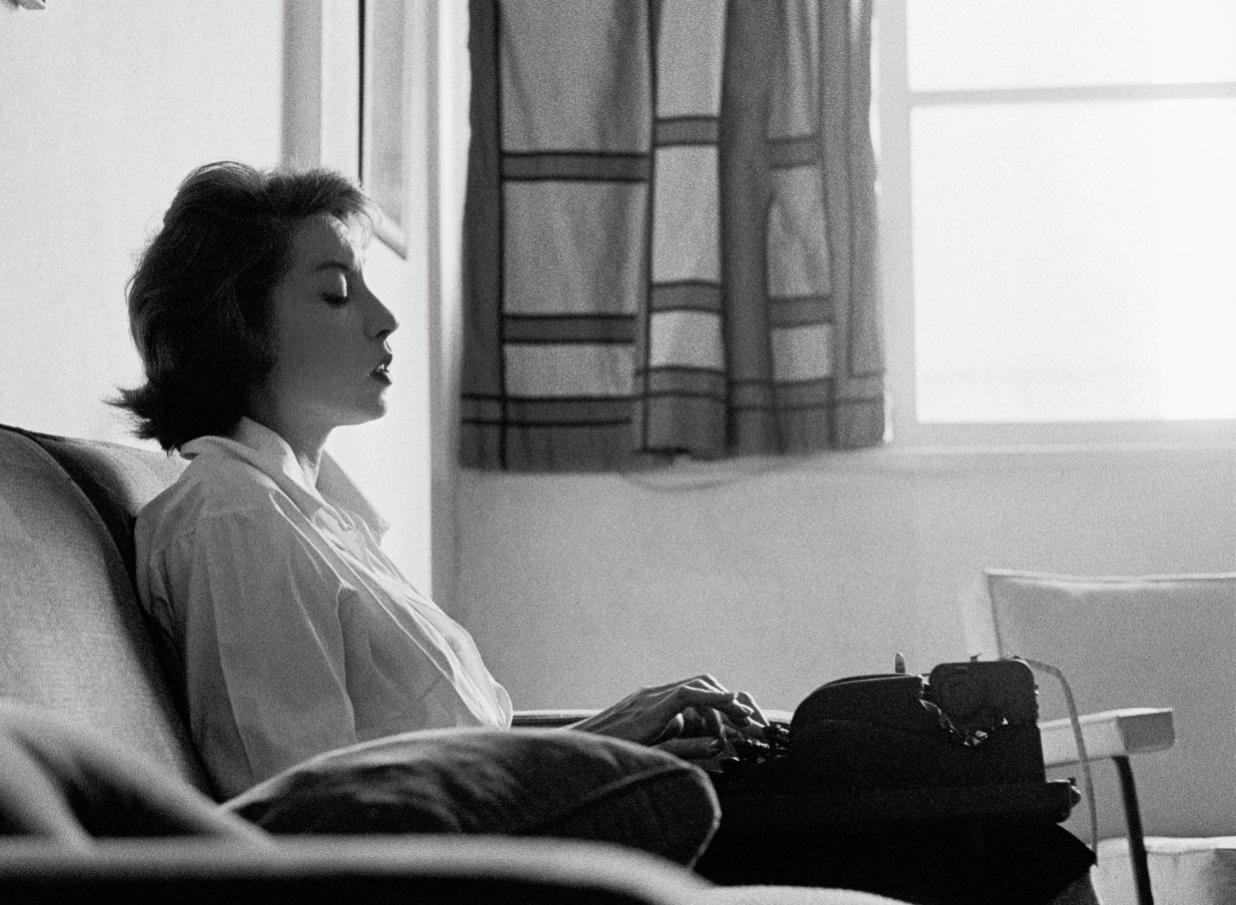 Clarice grew up in Recife, the capital of the state of Pernambuco. The family moved to Rio when she was in her teens. While at the National Law Faculty of the University of Brazil (where there were no other Jews and only two other women), Clarice began publishing her first journalistic work and short stories, catapulting to fame at the age of 23 with the publication of her first novel, Near to the Wild Heart, written as an interior monologue in a style and language that was considered revolutionary in Brazil. Clarice left Brazil in 1944, following her marriage to Brazilian diplomat  Maury Gurgel Valente, and spent the next 15 years in Europe and the United States. 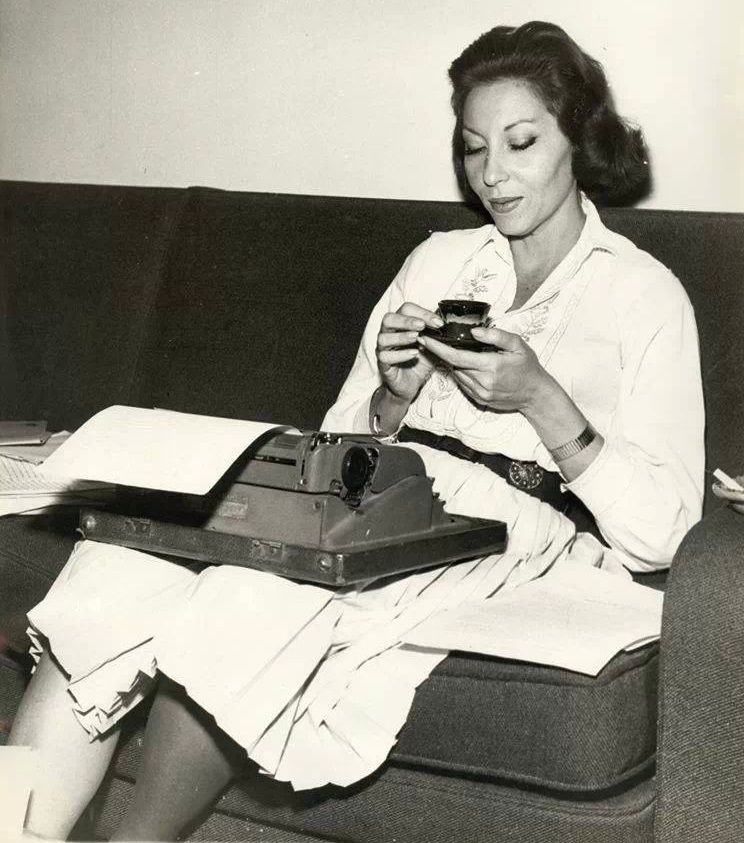 After returning to Rio in 1959, she began producing her most famous works, including the stories of Family Ties, the great mystic novel The Passion According to G.H. and what is arguably her masterpiece, Água Viva. Seriously injured in a fire in her apartment in 1966, Clarice spent the last 11 years of her life in frequent pain, steadily writing and publishing novels and stories until her premature death in 1977. Shortly after The Hour of the Star was published, she was admitted to hospital with inoperable ovarian cancer. 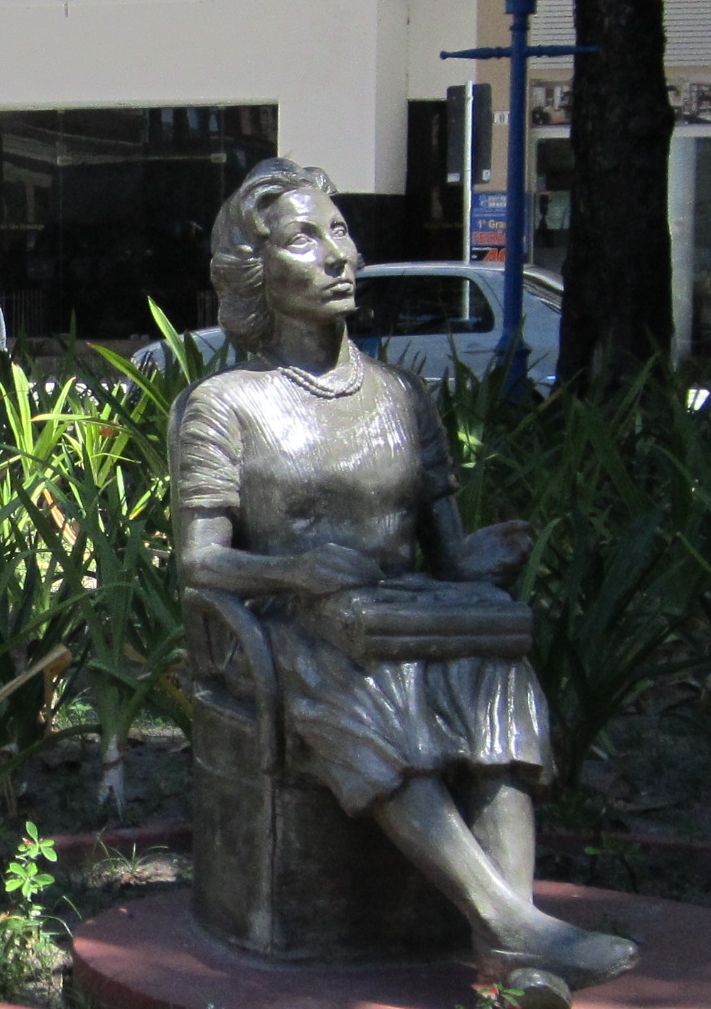 PS: There is an alarming number of seriously misinformed people who think this image is of Clarice Lispector. It is in fact Alice Denham, Miss July 1956 in Playboy magazine. 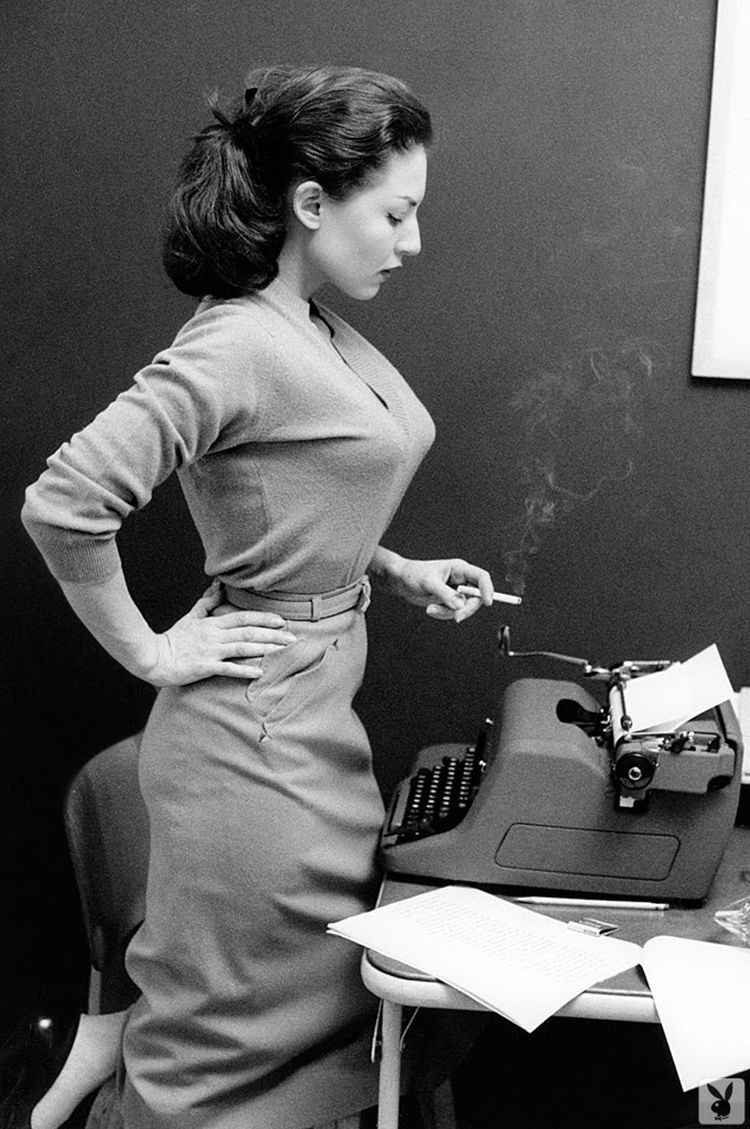 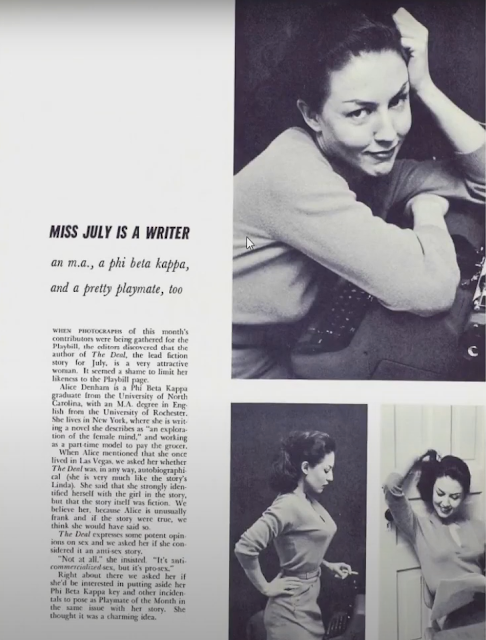 Posted by Robert Messenger at 14:07

Robert, thank you so much for the (yet again) excellent post. Clarice Lispector has long been on my ever growing list of “Authors I Need to Read”. Your post serves as a good kick to the reminder for me to get ahold of her work. Thanks again, and Happy Holidays from the States!

She is one of my favorite writers, though I only began reading her work a few years ago. She wrote very intelligent and challenging stories about awakening to oneself and to the strangeness of the world.

Of course, that is an Underwood in a couple of the photos.

I believe it's a Finger-Flite Champion. One of the best '50s Underwood portables.

Very well done, Robert.
Hope you and yours have a Merry Christmas!