I doubt many of us would have felt Richard Polt needed to issue a “pontification warning” with his comment on the Montgomery Ward Escort 33 portable typewriter: it was a very fair observation on post-1960 typewriter designs. Most of us, I think, would wholeheartedly agree with Richard. 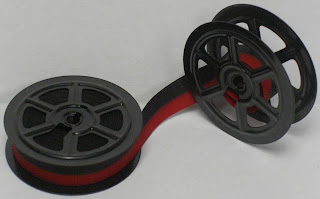 “That's about the year when manual typewriters reached maximum technical perfection and there was still some attention paid to visual snazziness. After that, it was a long slide downhill.” 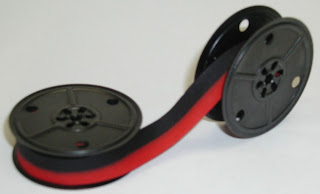 Interestingly, that same year marked the demise of the cotton typewriter ribbon, another move toward “modernisation” that most of us today would wish had never happened.

For one thing, those of us who like to “regenerate” typewriter ribbons obviously prefer to use cotton ribbons, as they absorb regenerating fluids much more readily than synthetics, such as nylon.

As for one-use “film ribbon”, forget it. Would-be ransom-note writers out there be warned: A group of forensic scientists who attended my typewriter floor talk earlier in the month said they had quickly worked out they could “read” such ribbons.

The “end” for cotton typewriter ribbons was signalled by President John F.Kennedy when in November 1961 he wrote to US Tariff Commission chairman Ben D.Dorfman requesting an investigation of cotton imports. Kennedy had been told by the Secretary of Agriculture that cotton products (including typewriter ribbons) would be imported into the US in such quantities as to reduce substantially the amount of cotton processed in the US. An import tariff was suggested.

A tariff concession on cotton typewriter ribbons had been modified on this day, September 22, in 1960. On September 21, 1962, Dorfman reported to Kennedy on his commission’s findings.

The commission’s detailed report on changes in US cotton typewriter ribbon production, imports and sales makes interesting reading. (By the way, it was typed on a manual typewriter using a cotton ribbon, a change of which was required during the process!) 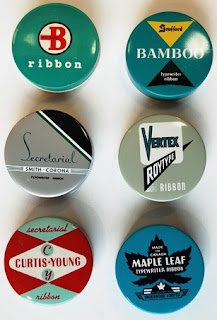 The report concentrates on the period from 1955 to the first half of 1962 and shows how the typewriter ribbon industry was changing worldwide. Here are some of the more enlightening sections of the report: 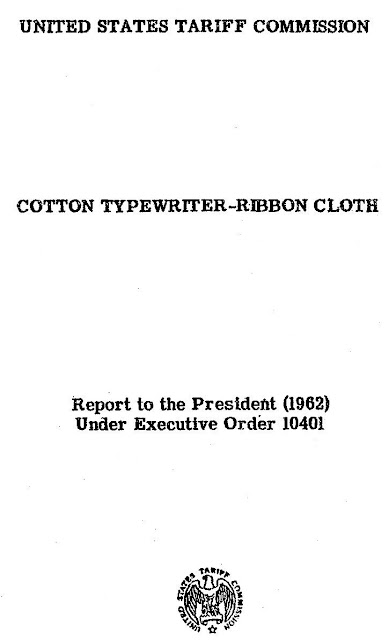 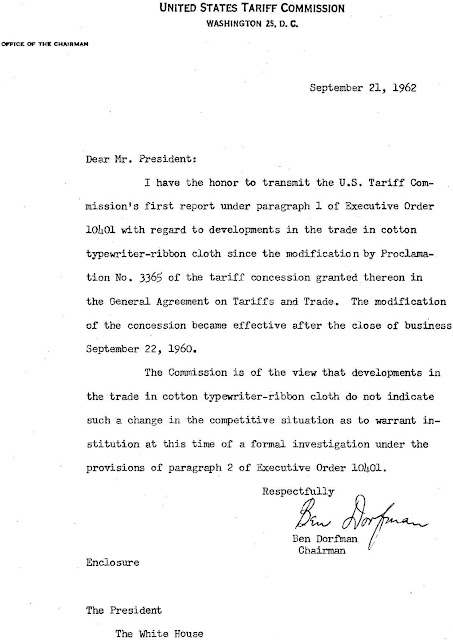 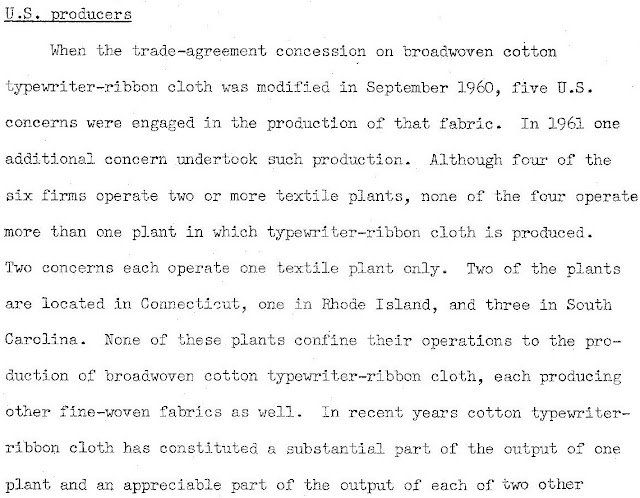 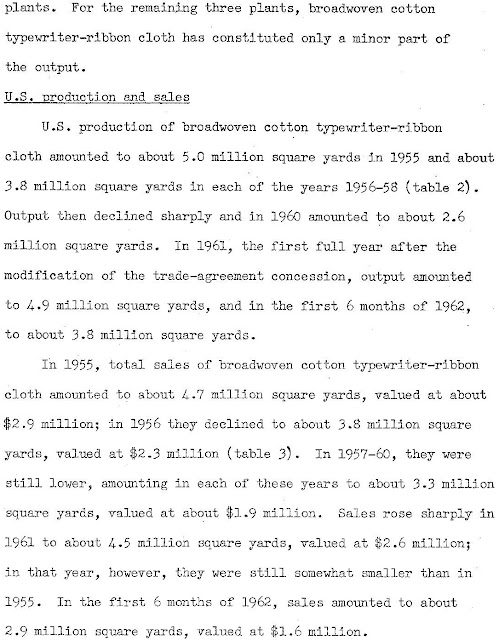 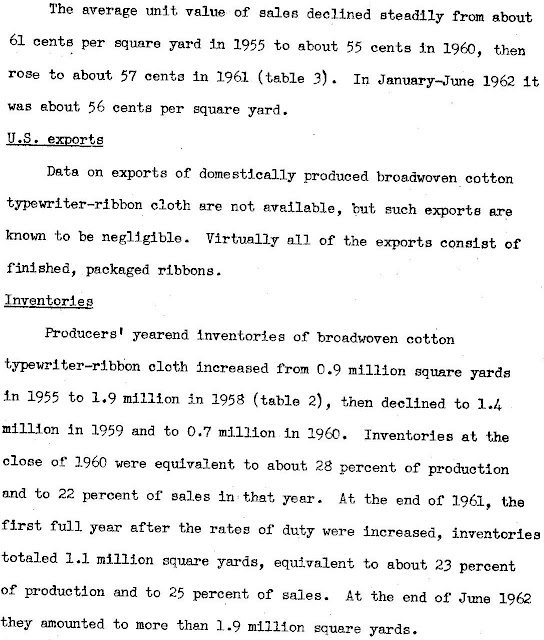 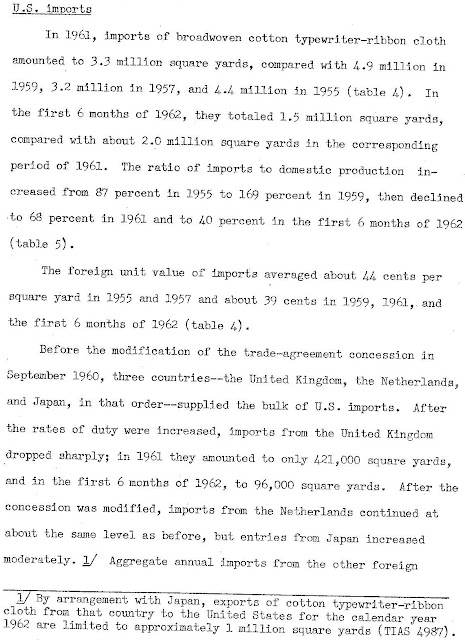 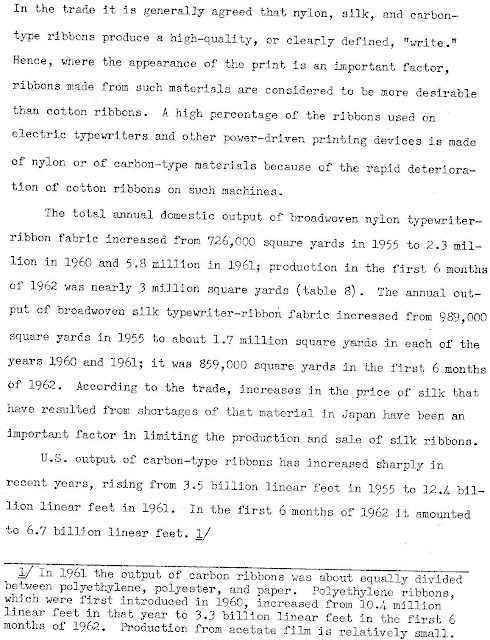 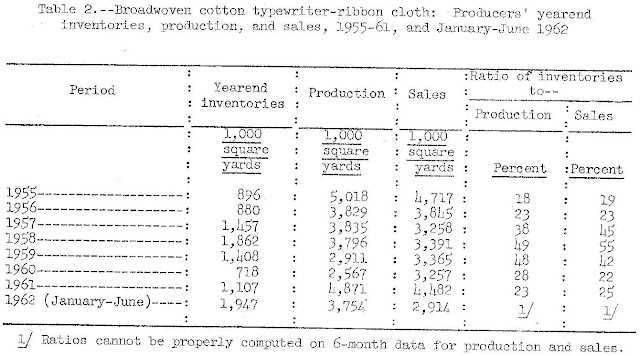 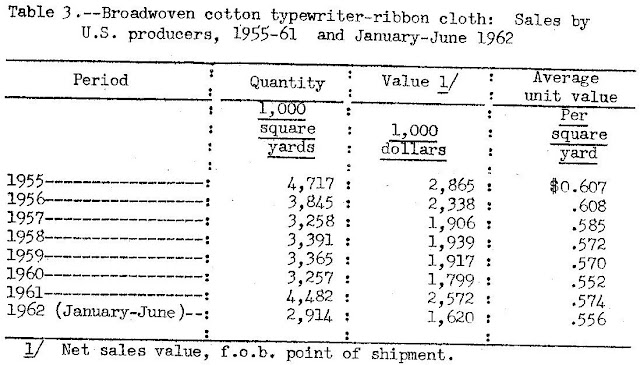 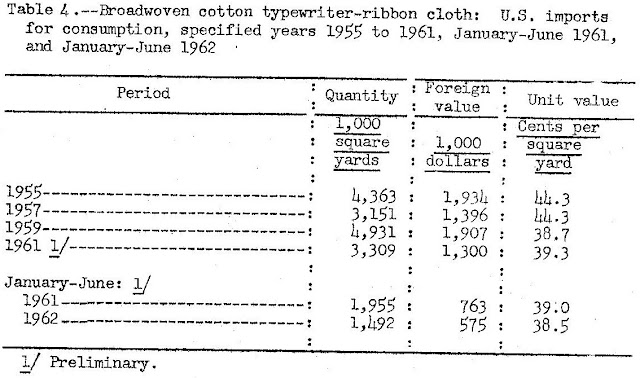 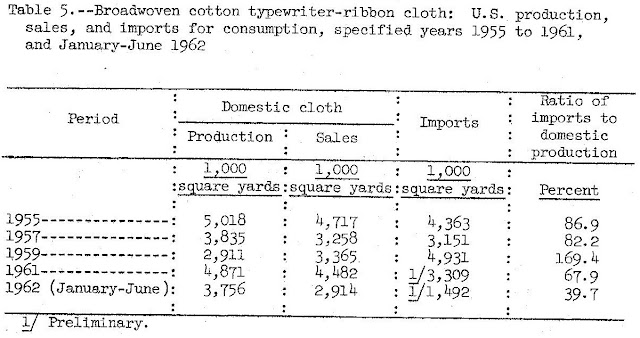 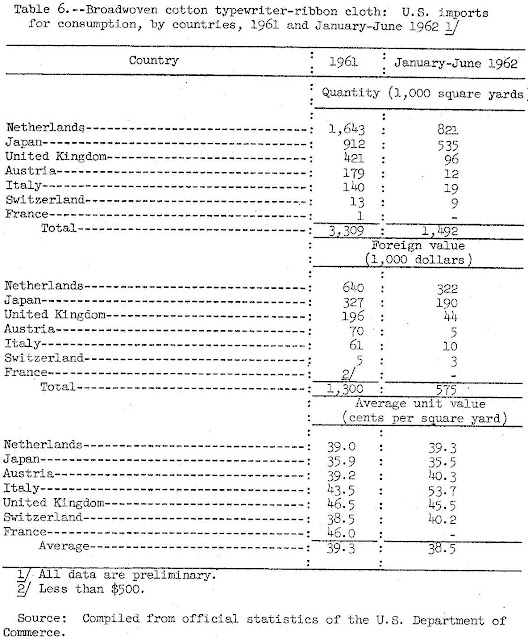 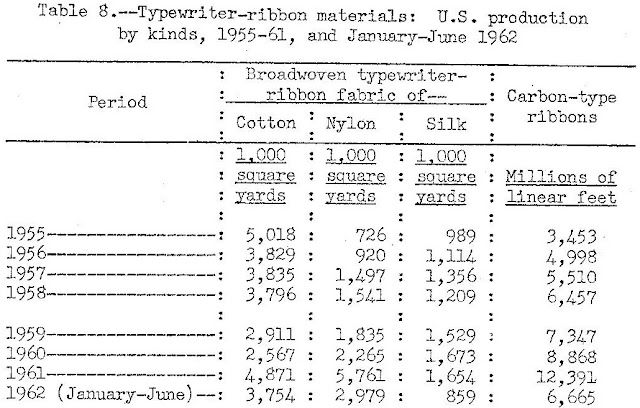 Posted by Robert Messenger at 14:56

Thank you, Georg, so kind and thoughtful of you!