Typewriter Journal: Changing of the Guard

This week's news that there is going to be a changing of the guard in the editorship of typewriter journal ETCetera was greeted Down Under with mixed emotions.
When I awoke early on Tuesday to be confronted by the subject line of an email from Richard Polt announcing the change, my first reaction was "Oh, no!" But I guess I felt pretty much the same as Ken Coghlan when he commented on Richard's blog post about the impending switchover. It was great sadness that Richard was standing down as editor mixed with delight that he is to be replaced next year by someone as capable as Alan Seaver.
Richard made the call as issue No 99 hit the typewriter news-stands. This includes the first instalment of a new series from me, called "Portables, Etcetera". The first article looks at the Royal Scrittore, made in China this year. 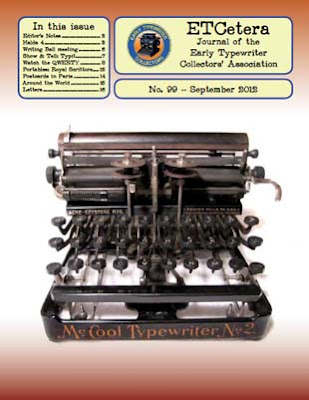 Nobody would begrudge Richard the right to take a break after seven years of editorship. Richard's first edition was the March 2006 No 73. So by the time he has put together the bumper edition to mark the 100th ETCetera, due out in December, he will have been responsible for 28 editions.
The roll of honour of ETCetera editors is: 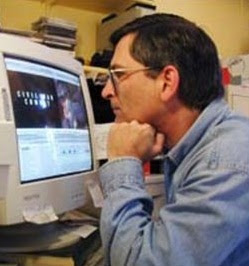 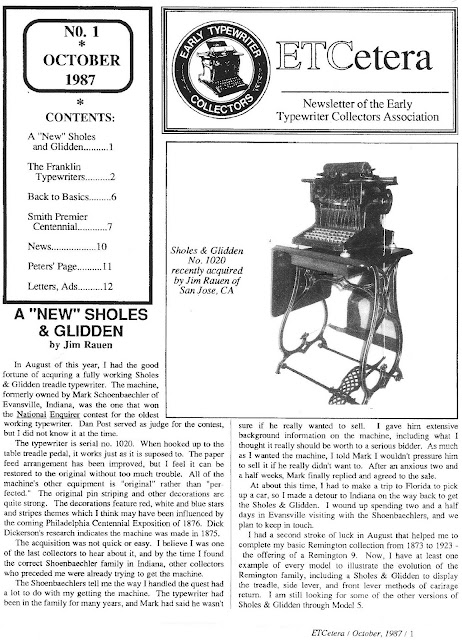 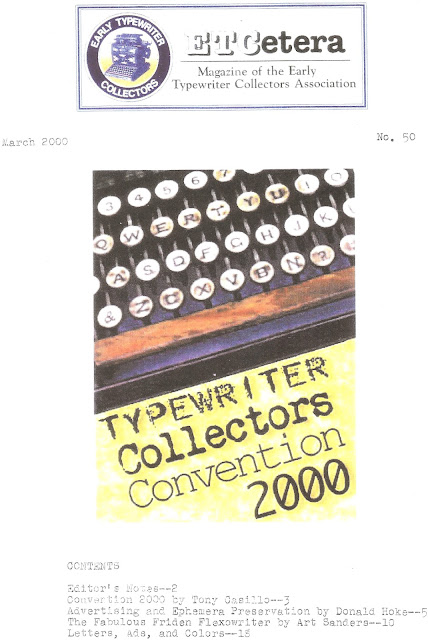 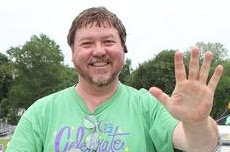 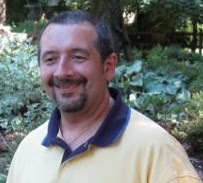 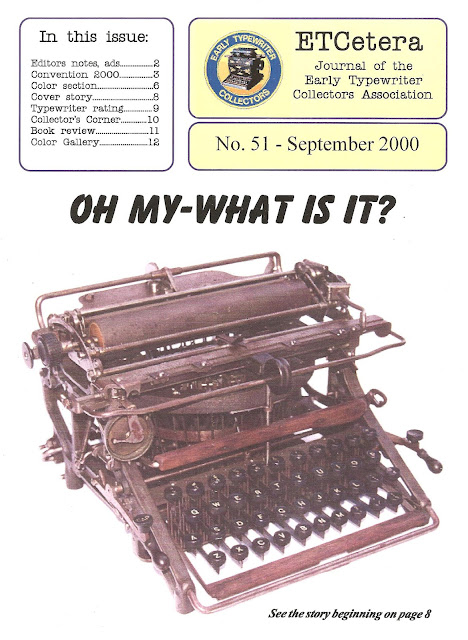 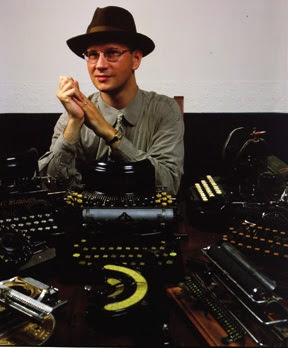 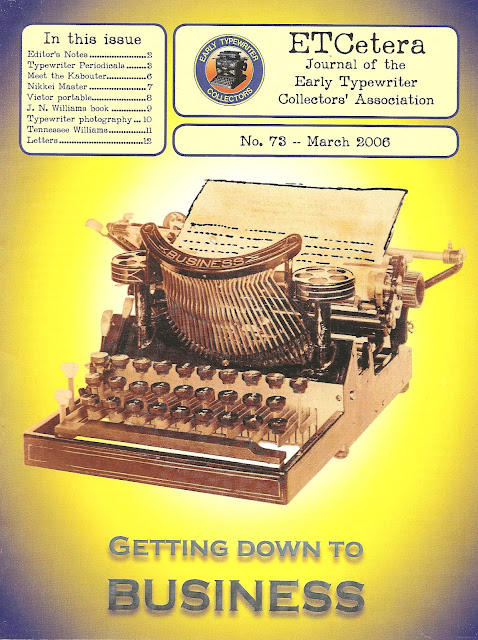 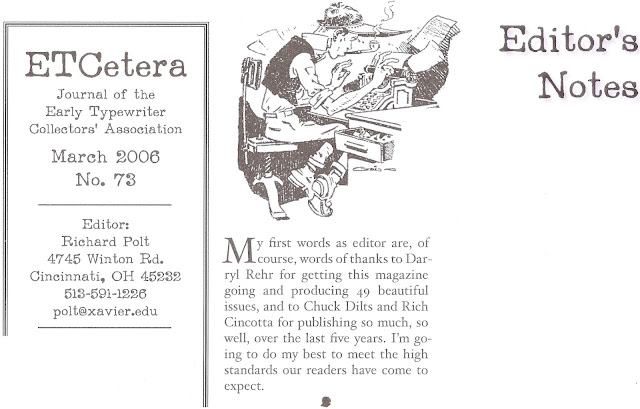 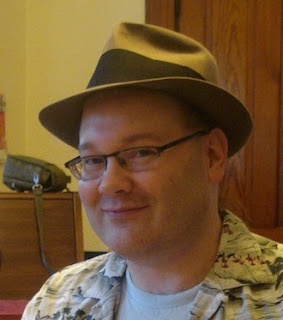 ALAN SEAVER: March 2013 (No 101).
To get an idea of what good things one can confidently expect under Alan's watch, please take a look at his wonderful typewriter website Machines of Loving Grace.

Richard Amery and I started subscribing about the time Richard Polt took over as editor from Chuck and Rich. But I was fortunate enough to acquire much of the collection of the late Bruce Beard, a West Australian well known to typewriter enthusiasts in the US. This included many back issues of ETCetera, and I was then able to complete the set by downloading PDFs from Richard Polt's website, The Classic Typewriter Page.
There is a link on Richard's site to ETCetera.
From that page it is possible to download PDFs of editions 1 to 50 and 73 to 76. As well, the issues Chuck and Rich edited are available by contacting Rich at typewriter@writeme.com.
I would strongly recommend to anyone who is not already getting ETCetera to subscribe now, in time to ensure a copy of the bumper 100th edition, which will definitely be a collector's collector's item. 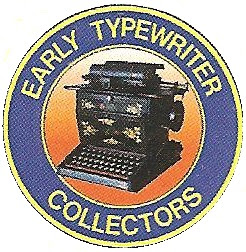 A subscription gives you four issues per calendar year and membership of the Early Typewriter Collectors' Association.

Send dues and your contact information (mailing address, phone, e-mail) to  secretary-treasurer, Herman Price. When you pay, you will receive any issues that have been published so far this calendar year, and you will be a mailing list for the rest of the calendar year.
Use PayPal (credit cards accepted) to send a payment to etcetera.payments@gmail.com:
$35.00 (North America)
$40.00 (elsewhere)

Thanks a lot, Robert. I am looking forward to reading your contributions to the magazine in the future and making some myself.

Is there any magazine like that out there for those of us who don't have a lot of "early" typewriters? I think I only have one that would qualify, and I'm not likely to be so lucky as to get many more.

Mark, despite the name of the association, the magazine is open to mid-twentieth-century and later typewriters. Robert's latest column is even about a typewriter made in 2012!

However, the main focus has traditionally been, and continues to be, antiques.

The newest issue of ETCetera came to my parent's door yesterday (I use their mailing address), and I cannot wait to grab it up tomorrow when I stop by after work. Thanks for the little time-line, Robert. Anyone know why Kevin McGowin only did one issue?

Not related to this post but related to the blog: Would it be possible to enable a mobile-optimized theme for phone browsers? I really love browsing this blog when I'm on train, but loading the full version of the page makes it pretty difficult on the slow mobile connection (don't have 3G or HSDPA on trains). :)
Blogspot supports it some way since I usually get a mobile version of the Blogspot blogs when browsing them on my phone.