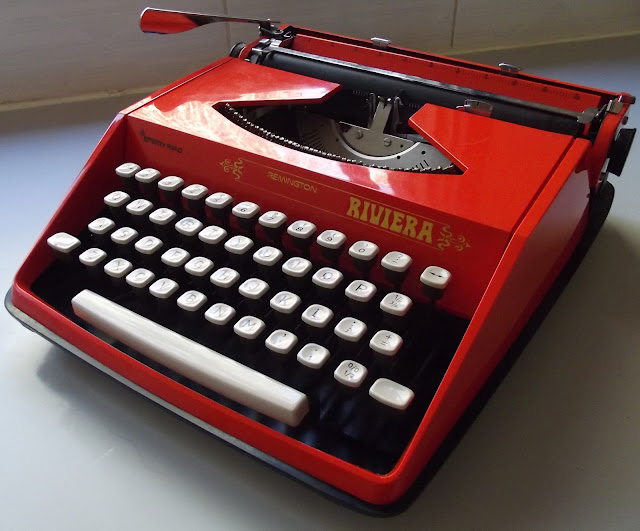 One would probably have to go back to the days when Lionel James was a Blickensderfer-toting, camel-riding war correspondent to find a time when a large typewriter advertisement last appeared on page two of The Sydney Morning Herald.

Yet there it was, just a week or two ago, taking up almost half of the inside front page of the SMH – an ad which at a first, astonished glance looked for all the world as if it was promoting a typewriter. 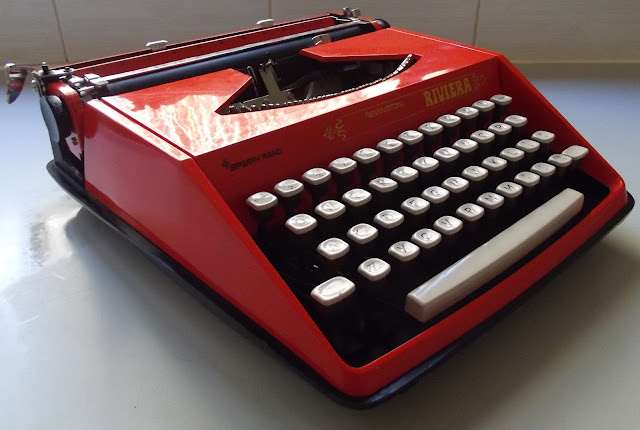 And not just any typewriter, but an early 60s Dutch-made Remington plastic portable, a bright red Riviera.
In a pronounced way, the ad was pushing the idea of buying a typewriter: but as an investment or as no more than a luxury? You be the judge.

HSBC Holdings, which is expanding in Australia, is spruiking for new accounts as it does so. A red Remington Riviera portable typewriter is one of the four images being used to promote the idea of benefitting from investments and rewarding oneself with “a little luxury”, in this case "Laura's little luxury".

It’s called a “Day to Day Account” and requires an initial deposit of a significant amount of money, allowing (presumably) the opportunity for the investor to reward him or herself from the daily interest accrued by buying a “little luxury” like a typewriter. 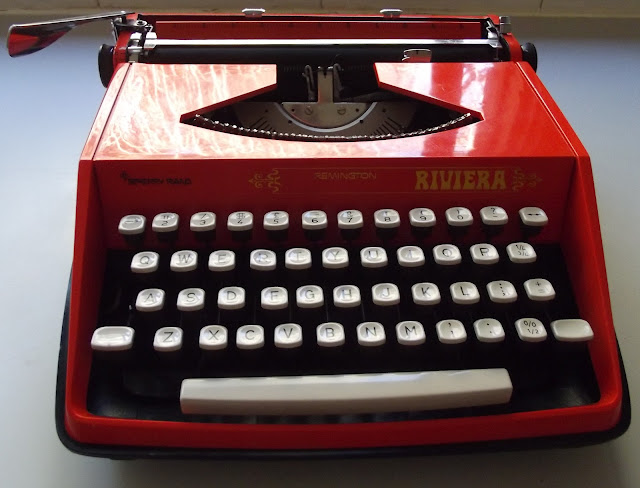 I don’t expect HSBC to know this, but if I were rewarding myself with a “little luxury”, it probably wouldn’t be a Carl Sundberg-designed Dutch-made plastic Remington portable. For one thing, the ribbon mechanism is an absolute horror show and to be avoided at all costs. 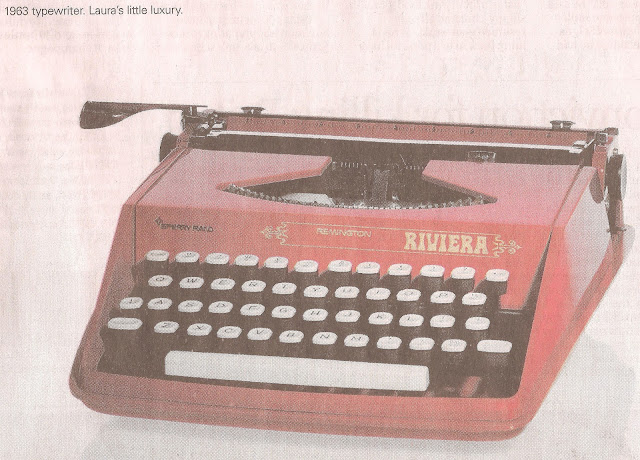 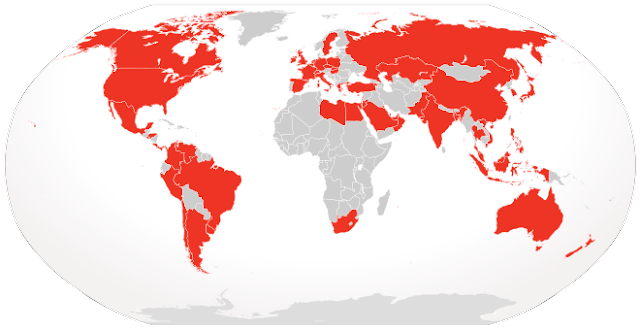 HSBC is a universal bank with 7200 offices in 85 countries and territories across Africa, Asia, Europe, North America and South America, involving 89 million customers. As of the end of March this year, it had total assets of $US2.637 trillion, of which half were in Europe, a quarter in the Americas and a quarter in Asia. 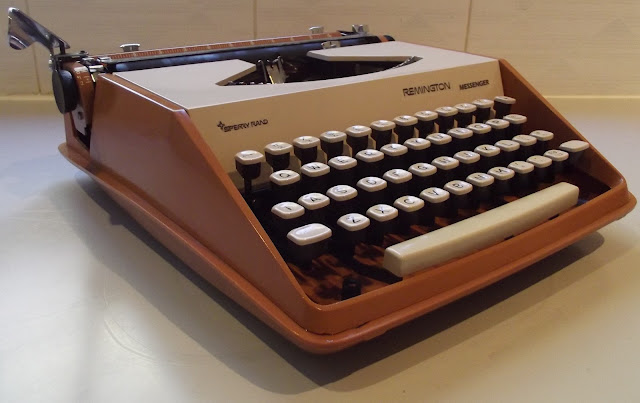 HSBC was founded in London in 1991 by The Hongkong and Shanghai Banking Corporation. Its origins lie in Hong Kong and Shanghai, where branches were first opened in 1865. 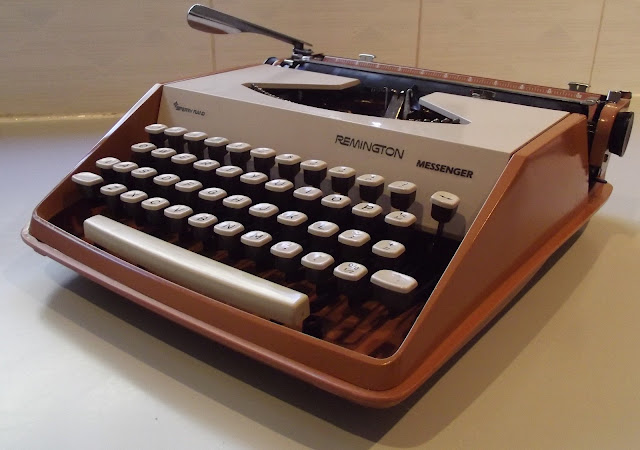 It has expanded into in mainland China, where it is now the largest international bank. 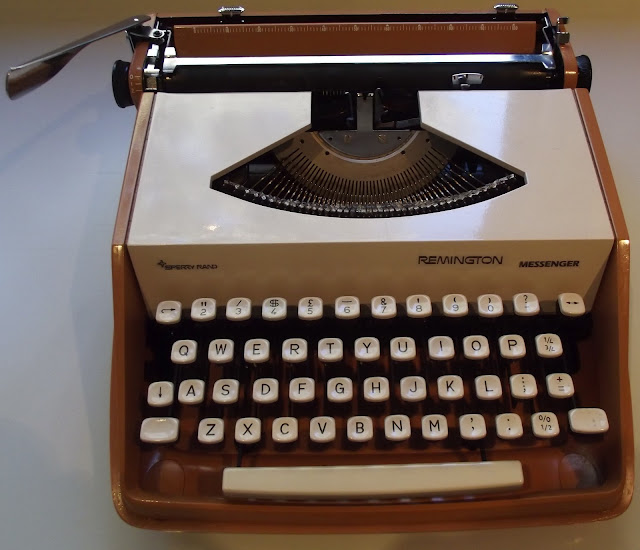 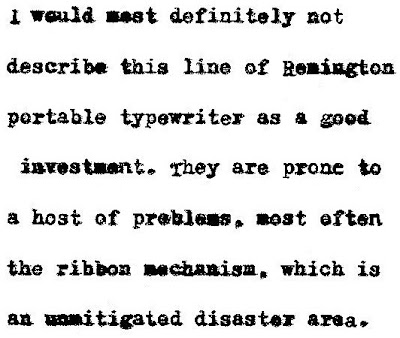 Most of my little luxuries have come through my account!

I think it's wonderful that a typewriter can now be perceived by the general public as a special treat, a fond indulgence -- instead of a boat anchor, a dilapidated relic, a ludicrous contraption, etc.

At least by the ad a typewriter is a luxury. Perhaps it will draw more people to typing and there will be less and less for the key choppers.