Reflections on Being Made Redundant 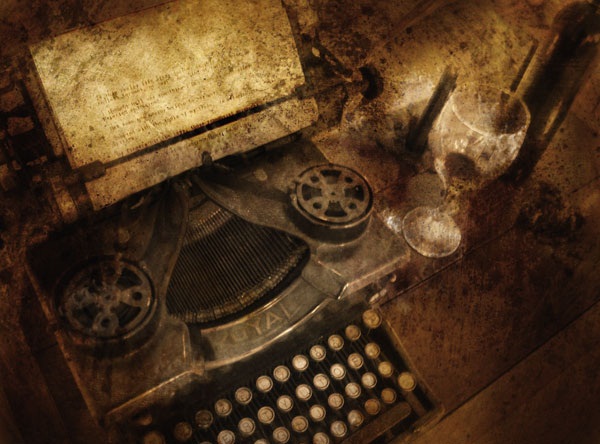 Now I’ve been made to feel like an old, abandoned, obsolete, outmoded typewriter. Next thing I’ll begin to look like one.
On Thursday last, my inevitable redundancy from The Canberra Times became a reality. I was one of four night sub-editors given redundancy packages that night, bringing to 17, or more than one-third of the editorial staff, the number who in the past few weeks have either been retrenched or have resigned in anticipation of being made redundant.
The blood-letting has gone on across the board in Fairfax Media. According to “The Flight From Fairfax” list being maintained by crikey.com, The Sydney Morning Herald has let go 67 people, including almost all of its finest writers, The Age 43 and The Australian Financial Review another seven. Counting in the 66 sub-editing positions already chopped from The Newcastle Herald and The Illawarra Mercury as part of Michael Stevens’s “Fairfax of the Future” cost-cutting measures, that’s 197 journalists all up.
The Newcastle and Illawarra sub-editing jobs were outsourced to Pagemasters in New Zealand, where the generous employers pay young staff as little as $NZ29,000 ($A22,600, $US23,300) a year. That’s about $A435 a week. The Australian federal minimum wage is $606 for a 38-hour week.

Pagemasters  uses this image on its website. It knows as much about this process of publishing newspapers as my behind knows about snipe shooting.
Pagemasters is owned by Australian Associated Press, which in turn is owned by News Ltd, Fairfax, West Australian Newspapers and Rural Press, so it’s a case of robbing Peter to pay Paul. Or, to put it another way, robbing workers to rob workers.  Pagemasters has a notorious reputation for sub-standard sub-editing, and that is highly unlikely to change given the sweatshop salaries it pays. It’s the classic example of paying peanuts and getting monkeys (with apologies to the poor buggers having to work under these conditions).

Stevens has yet to arrive with his axe at The Canberra Times, where as a former editor he is less than fondly remembered, and will be even less fondly welcomed back. So The Canberra Times staff can reasonably expect many more heads to roll yet. There really is no “Fairfax of the Future”, at least not one that would be recognisable by any long-established newspaper standards. It's just a case of continuing to dumb down until Ground Zero is reached. That’s when the last sub standing will write the memorable headline, “C Yez”. 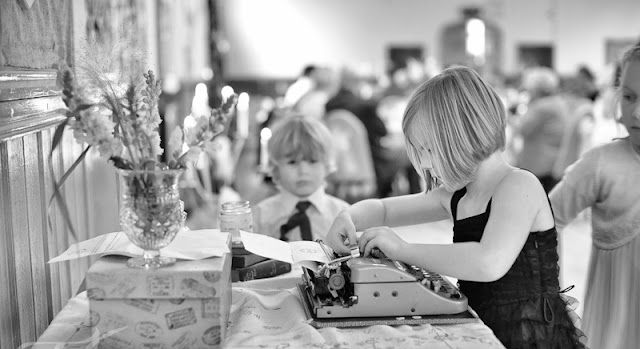 The computer system breaks down and Fairfax journos
try to get something written
Most of the people leaving The Canberra Times are doing so in the firm belief that the industry they had entered, one based on recording well-researched and well-checked facts and truths, publishing words in a well-constructed, thoughtful manner, is in its death throes. It may already be dead, with just skeleton staffs left to carry on the pretence. 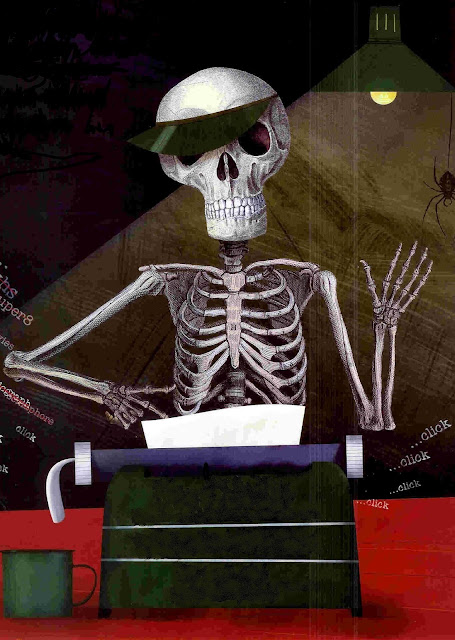 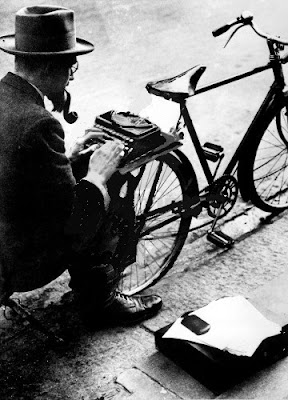 Fairfax makes further cuts to costs; staff cars are out,
as are cab dockets and bus fares.
As we stand, for every three cents Fairfax spends on its online “products” it makes $1, while for every $2 it spends on print it makes $1.  Australian newspapers have been run down by exceedingly poor management, driven by a desire to milk them dry while at the same time sensing no responsibility to invest in quality journalism. The Harold Evans blueprint for survival is beyond the comprehension of these people. When they say "quality journalism", what they actually mean is cheap, ill-informed journalism. The quality is not in the cloth, but in its cheapness. This  process was started with Rupert Murdoch’s takeover of the Herald Weekly Times group in 1987 and became a horrible reality for The Canberra Times when the Rural Press group was able to gets its bloodsucking agents, with their Tasmanian mud-splattered boots, in the door in 1999. 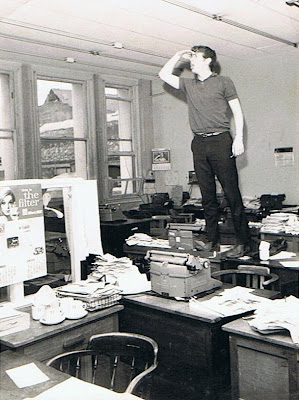 Ahoy! Any subs left? Canberra Times reporter asks
Before then The Canberra Times was owned by Kerry Stokes and edited by Jack Waterford. Is it mere coincidence that in the latest Australian metropolitan newspaper circulation figures, The West Australian, now owned by Stokes (with my old mate Bob Cronin as editor-in-chief), is the only one still holding its head slightly above water? In contrast, The Canberra Times’ Saturday edition figure dropped 8.4 per cent in the preceding year, the Monday to Friday editions 7.8 per cent and the Sunday 8.4 per cent.  The Sydney Morning Herald lost 14.7 per cent, its Sunday paper 18.7 per cent. Saturday’s The Age went down 13.2, its Monday to Friday editions 14 per cent and its Sunday 14.6 per cent. The Saturday Canberra Times was selling 46,879 copies, which represents a loss of circulation of at least 32,000 since I joined the paper in 1997. That’s more than 40 per cent in 15 years, a figure which says much more about the quality of the product than changes in the reading habits of Canberrans.
After almost 47 years as a print newspaper journalist working around the world, the end of the line for me is now just weeks away. My immediate future is not what Fairfax sees as its future, but “back to the future”: typewriters and more typewriters. My rather sad track record has been a downward spiral:

1965: Joined The Greymouth Evening Star, still independently owned, still publishing daily, in print and online, and prospering in its own quiet little way.

1967: Joined The New Zealand Herald in Auckland, now owned by Australian bloodsuckers and a mere shadow of its former self.
1969: Still aged 20, appointed sports editor of The Nelson Evening Mail.

1997: Joined The Canberra Times.
So when that last The Canberra Times “sub-editor” writes the inevitable headline, “C Yez”, it will be the end for the fifth of 11 newspapers for which I have worked. Am I the "kiss of death", or what?
Posted by Robert Messenger at 10:37

I'm sorry to hear about this. What a drag, and what a disappointment to see mismanagement driving extra nails into the coffins.

What are your plans now? Opening a typewriter store?

Rob, I'm guess you have a lot of concerns at the moment over this. All I can do is wish you the best.

I, too, was surprised at how high the minimum wage is around you. I suppose that is great for the people that live there, although I'm guessing the cost of living is higher than here.
I have been concerned about you 'redundancy' for a while now, and I have about the same questions as the lot. What will you do now, both with your time and occupation. Something concerning typewriters? Perhaps seek out another journalism spot? I wish all the best to you, Robert, and hope it all ends well and proper for you.

Damn it. I had been crossing my fingers that somehow you would escape the massacre.

So they still are making a profit -- $3 for every $2 invested -- on print publications. Why run those publications into the ground, then?

My pet theory is that since it's the Internet that is killing newspapers, there should be a tax on Internet service providers that goes directly to fund the salaries of professional journalists. Just a pipe dream, I know.

Hang in there, Robert, and know that you have friends and admirers around the world.

Man, this sucks. The same thing has been happening here in the U.S. Our local paper has been bled dry by the McClatchy chain to the point where it is almost not worth reading. But we believe in knowledge to participate in Democracy and pay for it; sloppy editing and all.

We'll be thinking of you. I hope you find a good way to land.

I think that the future is going to be a very difficult place for anyone with a hint of journalistsic ethics and experience. When the Canberra Time loses Metherell, Lord and Streak, with almost 90 years combined experience at the highest levels of journalism, and replaces them with two people in their 20s who were court reporters and 'lifestyle' reporters, you start to gte some idea of what the future will look like.

Hey Robert, welcome to the club. I was 25 years with the outfit that decided my post was no longer needed. That was 18 months ago and you know what? Life goes on. Takes 6 months (or less) for the bitter taste to disappear. Maybe a year to stop feeling sorry for yourself. You'll have made a lot of contacts over the years and been nice to them - this will begin to mean something shortly. Have faith in your abilities.

Sorry to hear that. Best wishes!

Very sorry to hear this, Mr. Messenger. I hope everything works out well for you; know that you have a very large network of friends here by your side! All the best.

I'm so sorry to hear of this, and wish you best luck in the future. I don't understand the wholesale changes. I think Fallow Fields needs to get into journalism. Look for a post on it soon.