For its edition of October 1977, Australian Consumers' Association magazine Choice rated 59 "lightweight" portable typewriters. Among the 59, it "double-dipped" many times, including Imperials, Royals, Chevrons, Pinnocks and KMarts made by Nakajima, Sears made by Silver-Seiko (as well as Silver-Seikos) and Lemairs made by Brother (as well as Brothers). All up, at least 15 typewriters were duplicated - that is, rated twice under different brand names.
Nonetheless, the 1977 ratings are significant for present-day collectors and casual typewriter enthusiasts, because the 59 typewriters listed would make up about 85 to 90 per cent of all typewriters listed on Australian eBay today.
Brother came out on top, with a Brother 700T and a Brother-made Lemair 800T among the four typewriters singled out for recommendations by Choice. The other two were the Olivetti Lettera 32 and the Sears Achiever 600 (made by Silver-Seiko).
In the list below, please read Brother for Lemair, Maritsa for Pacific, Nakajima for Imperial, Royal, Chevron, KMart and Pinnock (CFM) and Silver-Seiko for Sears. (Considering the number of brands selling Nakajima ALLs, it is hardly surprising the Nakajima plant was spewing out 150,000 portables a month at this time.) 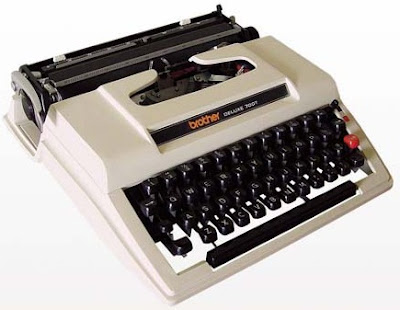 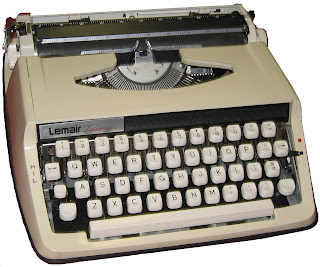 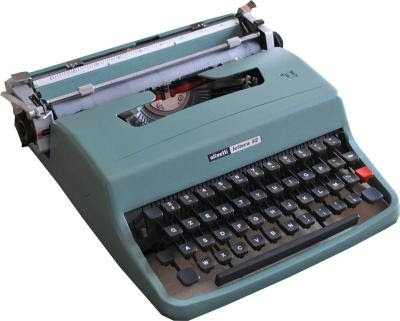 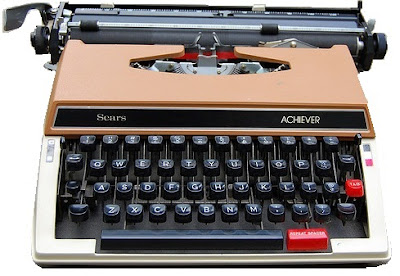 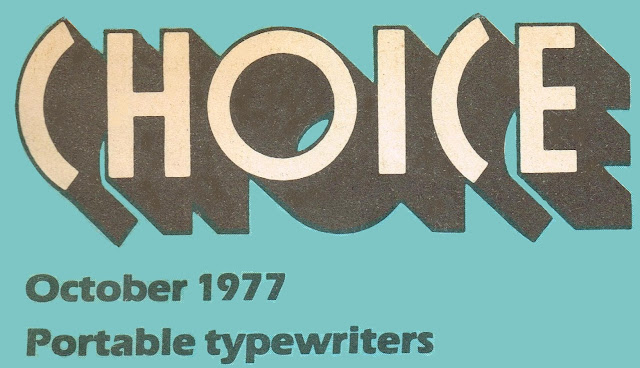 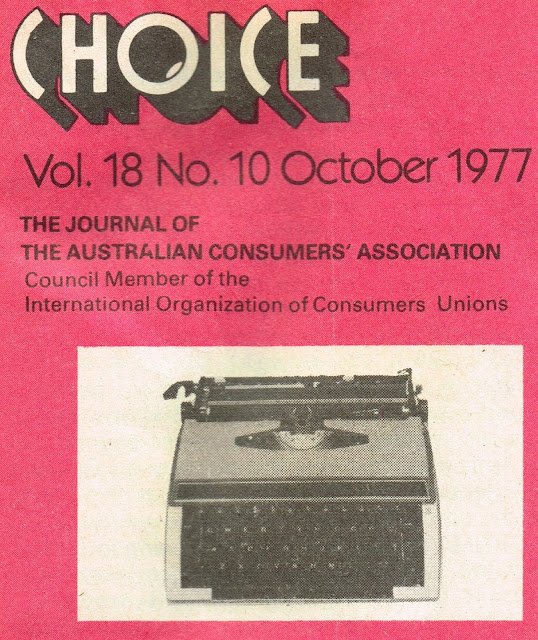 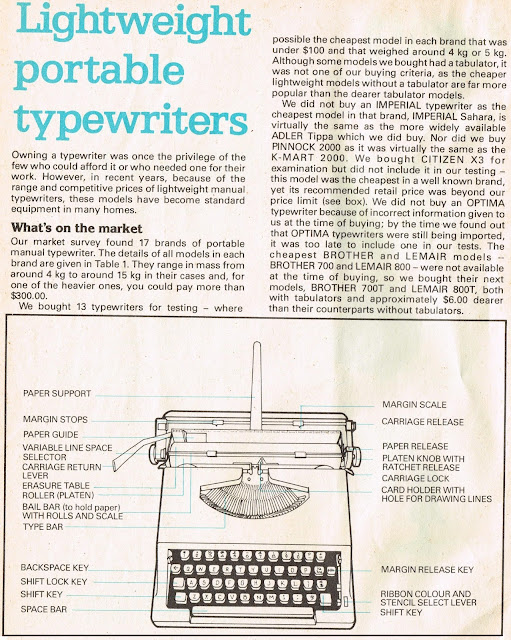 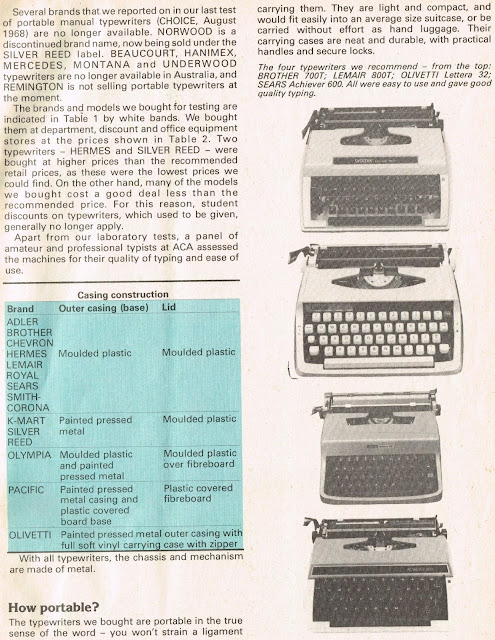 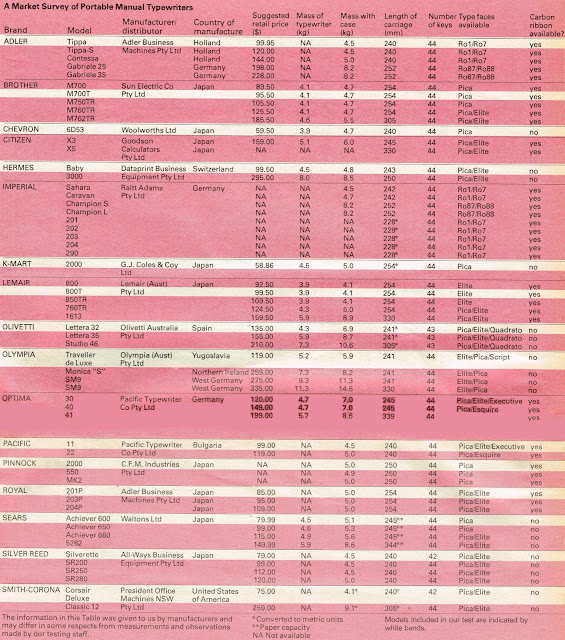 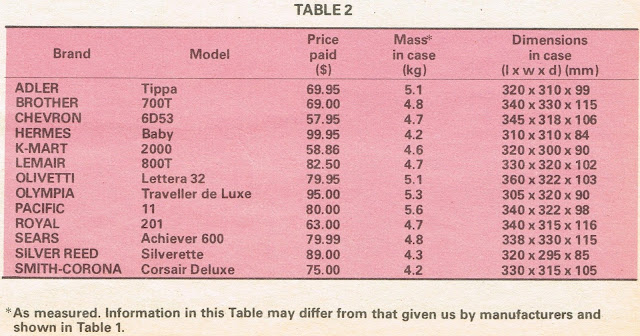 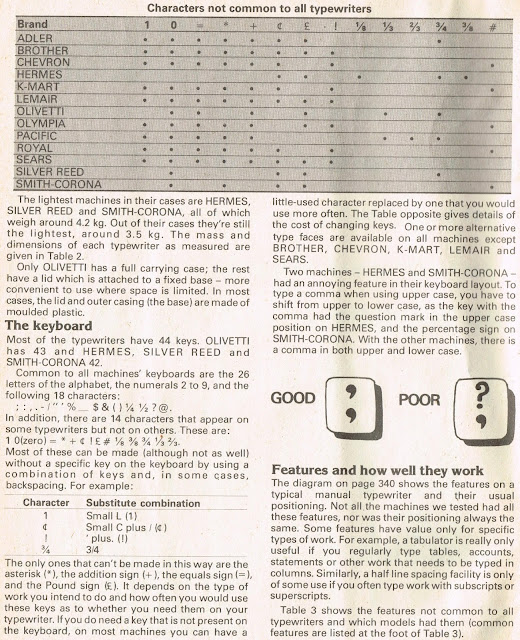 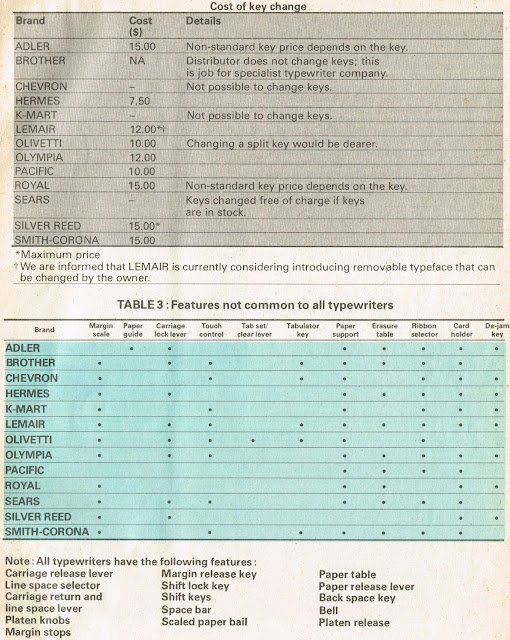 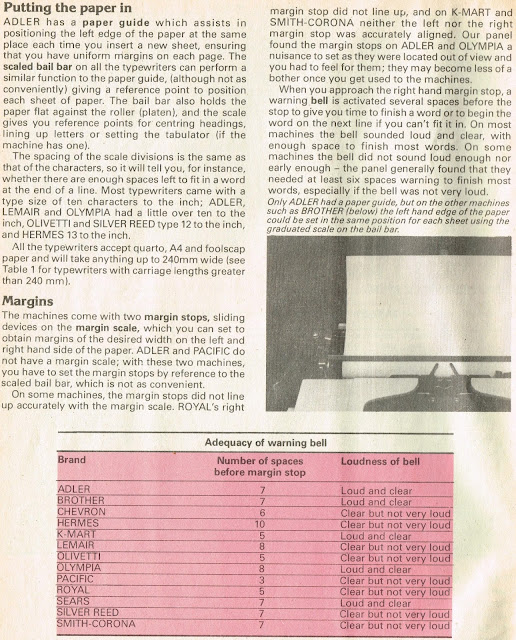 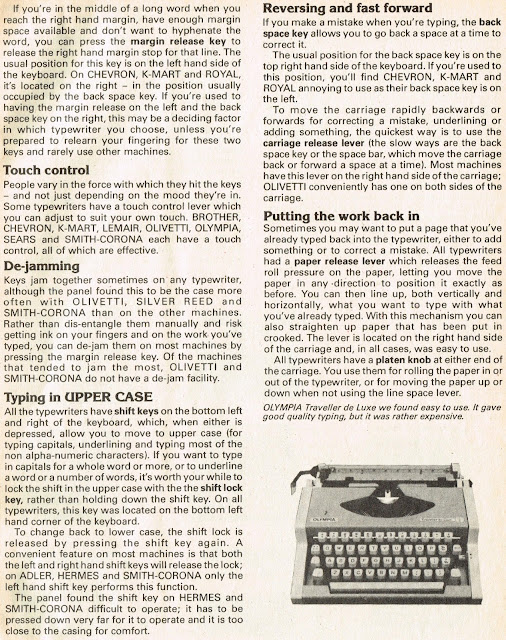 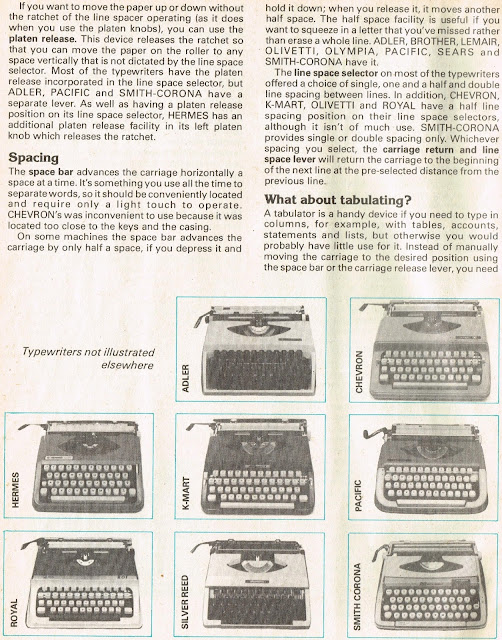 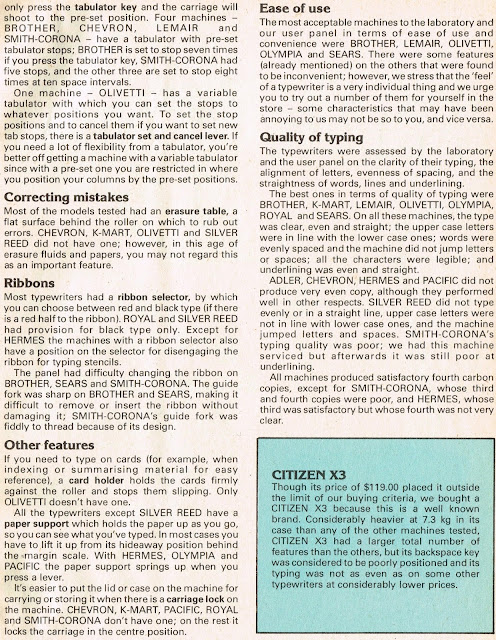 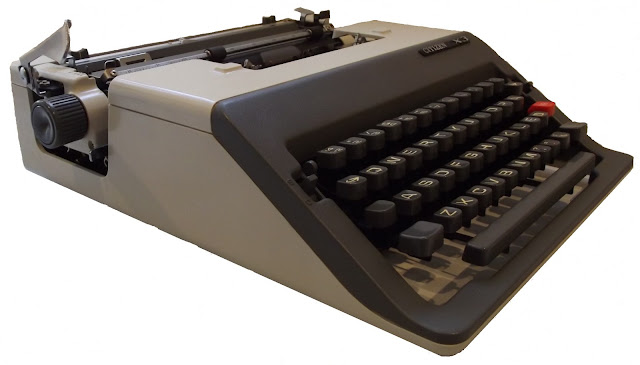 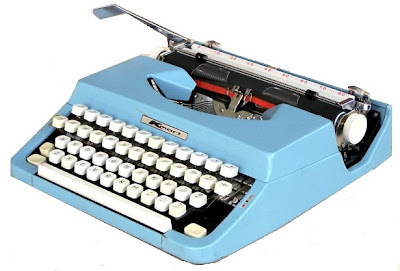 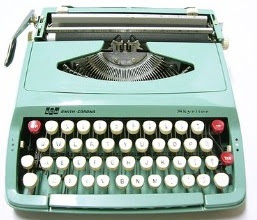 Smith-Corona Skyriter (as a Corsair) 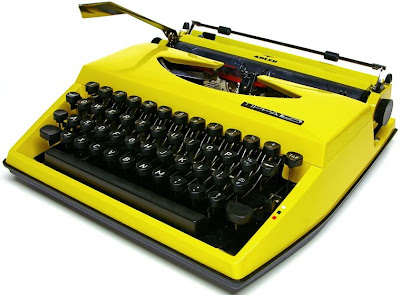 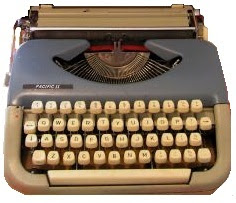 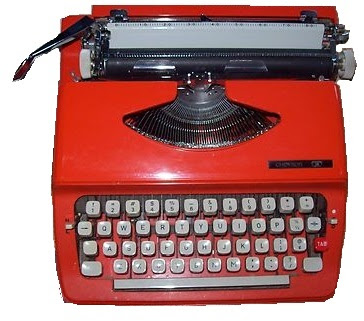 Chevron (Nakajima)
One of these sold for $128.50 on Australian eBay last week 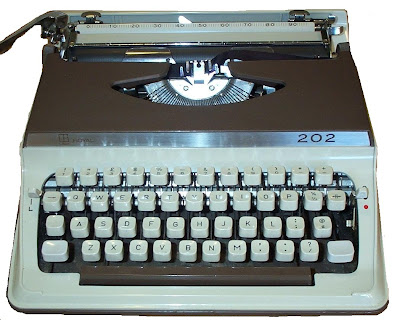 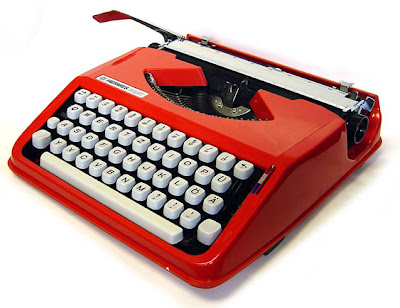 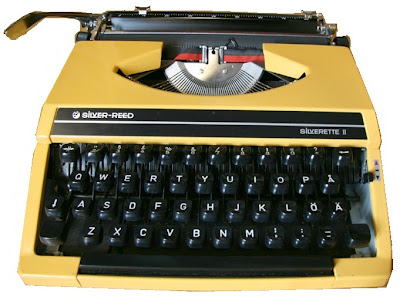 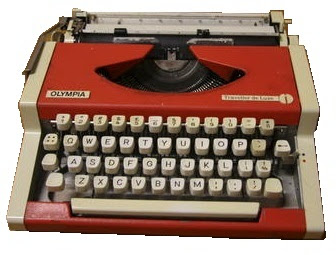 Posted by Robert Messenger at 01:28

Wow ... 150,000 Nakajimas per month. There certainly was a demand for little typewriters then!

Thourough reviews but I'm pretty sure the casing of the Lettera32 is cast aluminium - which for me puts it automatically a notch or two up from plastic and sheet metal bodies. And how often does anyone type at length in all caps to the extent that you'd need a lowercase AND an upper case comma? Thanks for posting this. It is facinating to read contemporary reviews from when these things were at the cutting edge of word processing technology. You can see how readily anyone would jump on a computerised word processor given the chance.

That is an interesting comment from Rob. We "play" with these machines now, or perhaps, like me, use them partially to dwell in the past a bit while trying to halt the flow of time. It takes an effort to shift the mind a bit to realize that in 1977 these portables were indeed cutting edge for writing done at home, whether it was a novel, a social note, or a letter. Businesses had their Selectrics, of course, but they were still far more primitive than this tool I'm writing with now, which we so easily take for granted.

This article is sad witness to then-coming sunset of the portable manual typewriter. As you documented a couple of years ago, in writing about the Tippa--"From a German Gem to Japanese Junk: 5 Backward Steps in 25 Short Years." If electric typewriters and the dawn of word processors were not already poised to spell the doom of the manual typewriter, Litton Industries' monumental miscalculations and Brother's race to the bottom insured a quick end to many great brands.

Ah, good old Choice. I worked there for a couple of years, in '01-'03. Definitely one of the more interesting places to work... I loved their thoroughness and proper testing methods - a necessity as hapless manufacturers would often threaten legal action.

They picked up on some of the duplication issues you mention, Bob, but not all. It's all about user experience and reliability and performance scoring. But still, I love the tone and sensible judgement they bring to everything.