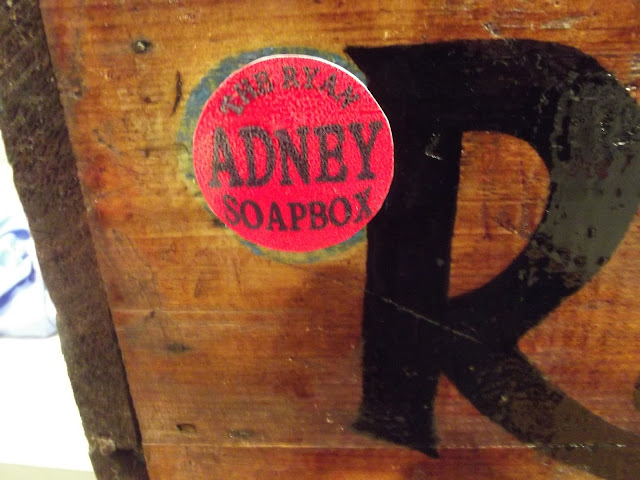 I haven't yet been able to contribute anything to Ryan Adney's Classroom Typewriter Project, but at least the thought is there. So much so that when today I started cleaning up this old wooden Royal typewriter container, the idea came to me that it would make an ideal soapbox for Ryan. Something he could stand on in front of the class, perhaps? 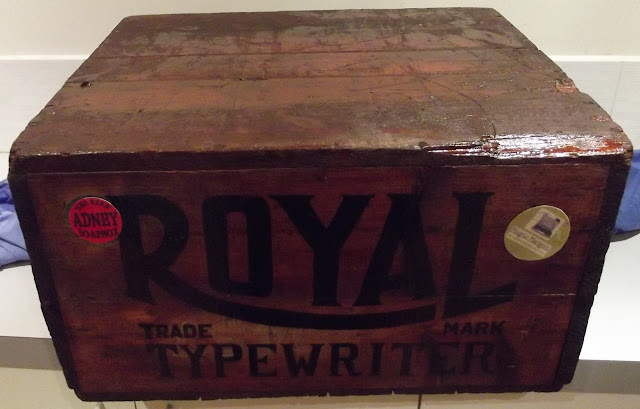 The box had contained a Royal KMM (14? It has the number 14 after the letters KMM as the model name on the side of the box). Ryan, of course, is an unstinting admirer of Royals, including the KMM. 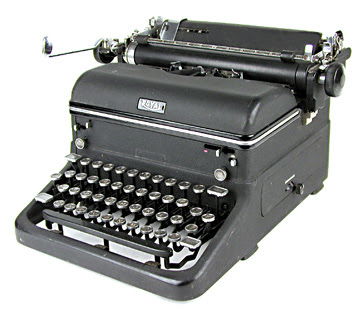 The Royal was sent from Sydney (both seller and city) to a buyer called W.Stewart in Wangaratta, a cathedral city in north-east Victoria. 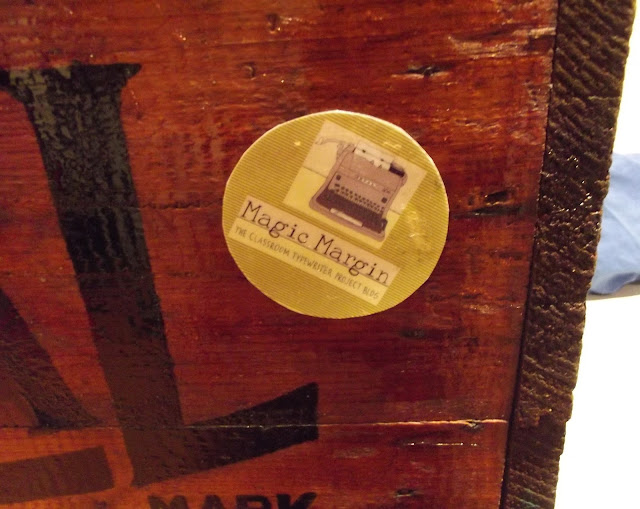 The number on the side of the box is 2745294. Could this be the serial number? If it is, it's very strange, because that would indicate the machine was made in 1941, and no new typewriters were allowed into Australia during the war. Whatever, the agent for Royal in Australia up to 1947 was Sydney Pincombe Pty Ltd (yes, in Sydney). 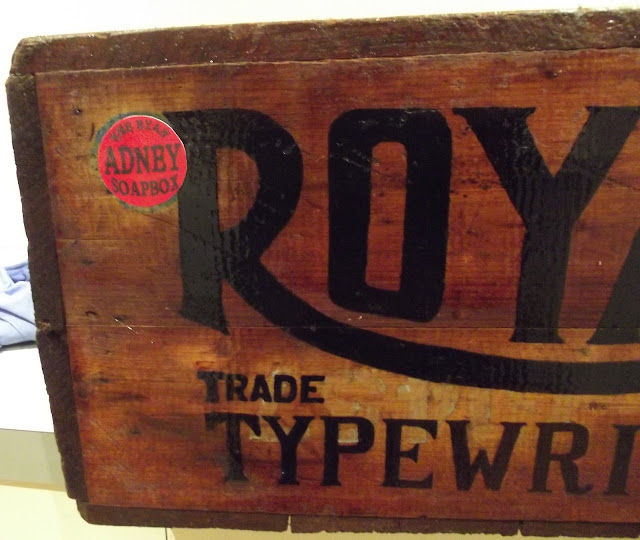 Admittedly, "The Ryan Adney Soapbox" sticker is my attempt to cover an indelible blue paint ring on the box, which obviously someone once used to stand a blue paint tin on.
But I'd like to think I could give this Royal typewriter soapbox to Ryan someday, but I'm afraid it's much too large and far too heavy to carry all the way to Phoenix, Arizona. 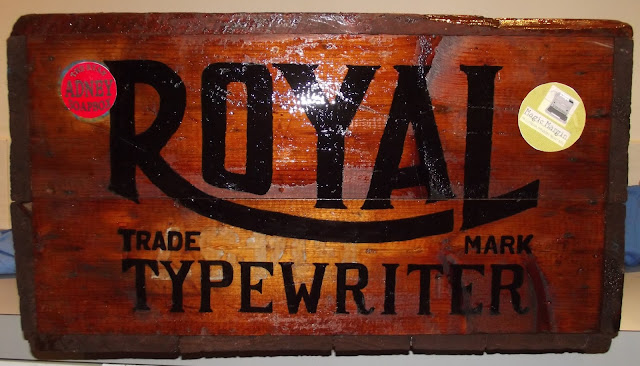 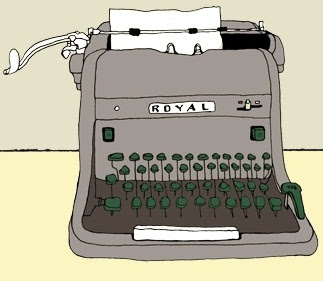 See here that this typeface is the same colour as Ryan's latest fascinating project.

I knew you would buy that!

What a nice intercontinental tribute.

The box looks so old-fashioned, as if it would contain a flatbed Royal instead of a KMM.

I love the tribute! Thank you, my friend. Your interest in my blog is more than enough support for the CTP! When I saw my name at the top of the blogroll my ear reddened to the shade of my new watermelon Olympia. So kind!

Ace box! Talking of things graphic, any hope of a graphical contribution to the Post Cards from The Typosphere project: http://typewriterheaven.blogspot.co.uk/2013/06/post-cards-from-typosphere.html