Imperial Good Companion Model 3 Portable Typewriter: The Only Psychiatrist to Which I'll Submit 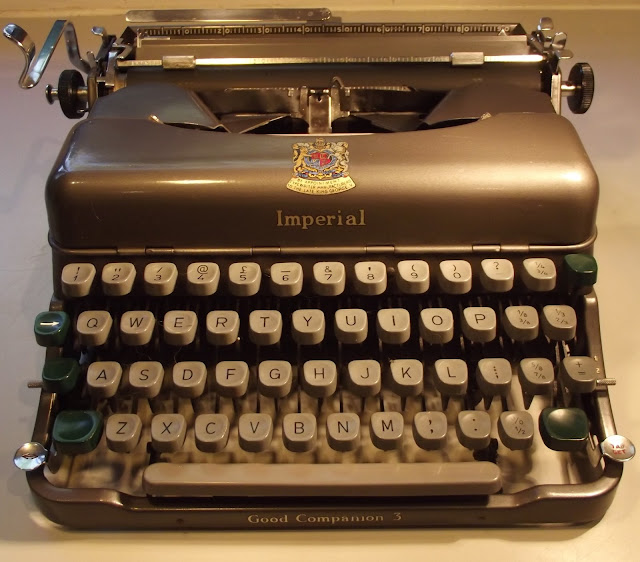 1959 And All That:
Or How I Learnt to Typewrite Stories at the Shoulders of Messrs Jenkins and Thomas,
Lions Among Sports Writers 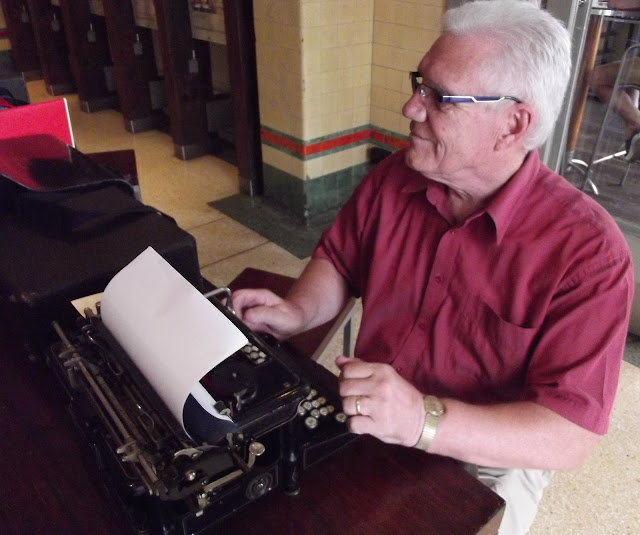 John Lavery at his Visigraph at the Brisbane Type-In on March 10. I am blaming John for all this reminiscing about rugby union, Lions tours and rugby writing. Since his visit to Canberra the weekend before last, John - who hails from the Northern Irish province of Ulster (from the city of Belfast, indeed) - has been ringing me to talk about great Irish rugby players I once knew and wrote about. 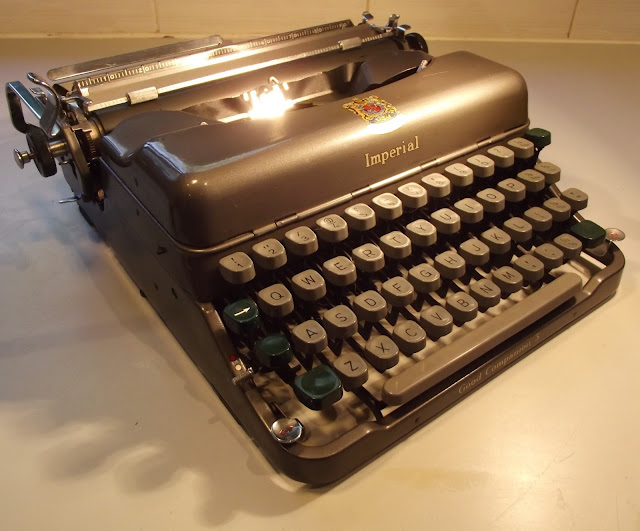 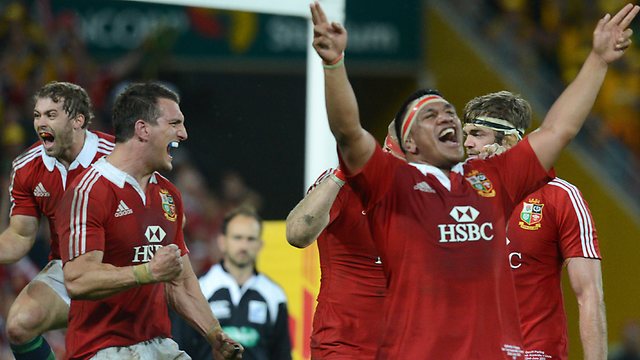 Lions players celebrate narrowly winning the First Test against Australia in Brisbane last Saturday night. The word "Test" (of strength) to describe Anglo-Australian international sports clashes was coined by British-born Melbourne sports writer William Josiah Sumner Hammersley (1826-1886) in The Australasian in the 1870s. It originally related to cricket "Tests". Below: Israel Folau on the way to one of his two tries on debut. The word "try" comes from the expression "try at goal" in original Rugby School football played in Warwickshire in England in the early 1820s. A touchdown enabled a team to "convert" the "try at goal" into points - a "try at goal" itself earned no points back then. Nowadays it earns five points, and the "conversion" two points. Folau has now played top-level football in three different codes: he played in the Australian Football League ("Australian Rules") as well as for Australia in rugby league Tests. Bottom: Welsh winger George North scores a try for the Lions. The Lions outfit represents the "Four Home [Rugby] Unions (or Countries)" - red for Wales, white for England, green for Ireland and blue for Scotland. The crest has the emblems of each of the four nations: the Prince of Wales feathers, the English rose, Scottish thistle and Irish shamrock. 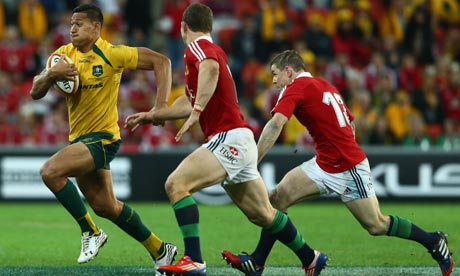 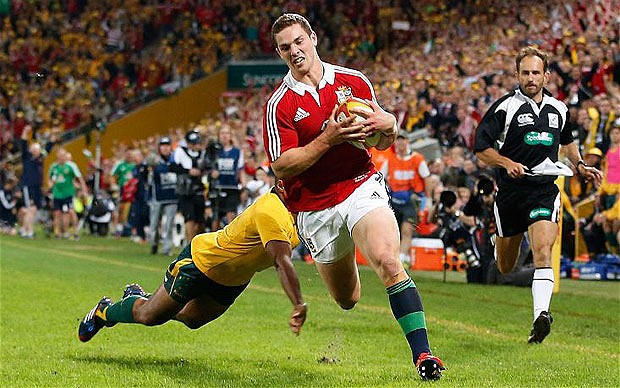 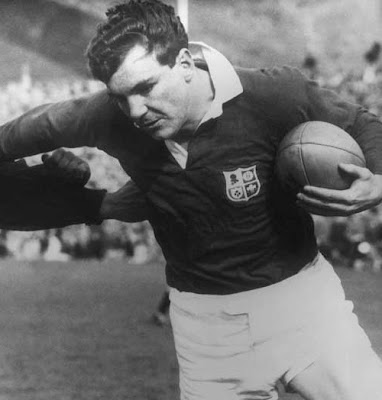 Anthony Joseph Francis O'Reilly (now Sir Tony O'Reilly) playing on the wing for the Lions against the Junior All Blacks in Wellington in 1959. Back then, O'Reilly was the super-hero of all New Zealand schoolboys. Not only did he play Test rugby - and very well - but we believed his good looks (he had burning red hair in those days) had led to him being made an offer to go to Hollywood. It was the perfect ideal of manhood! Instead of Hollywood, however, O'Reilly went to Pittsburgh, where he made a fortune selling Heinz beans, all 57 varieties of them. He became Ireland's first billionaire and ran the Independent News and Media Group for 36 years to 2009. The memory of O'Reilly alighting from the Lions team bus in Greymouth in 1959 will stay for me forever. It was like seeing a demi-god deigning to come down the steps to move among us mere tiny mortals. As a 19-year-old, O'Reilly had scored 16 tries on the 1955 Lions tour to South Africa, and in 1959 he scored another 21 in Australia and New Zealand. That total of 37 remains a record. Playing for my school team in 1958, I tried so hard to be like Tony O'Reilly, but I was in the under 70-pounds team; I needed to be three times that weight to do what O'Reilly did on a rugby field: 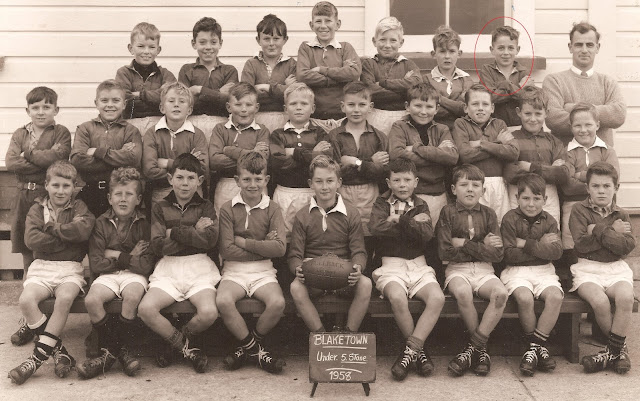 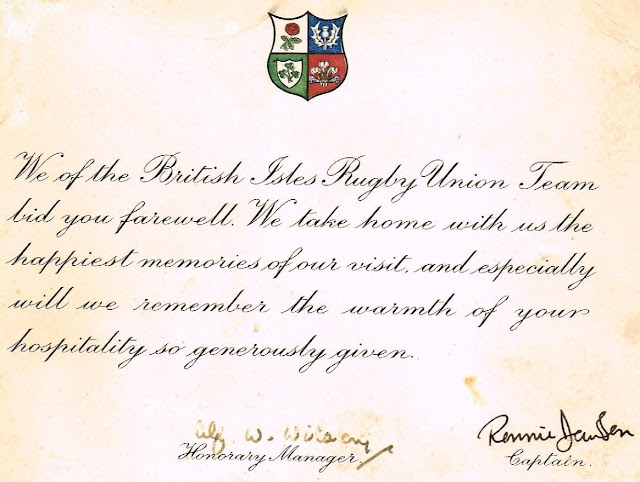 Although I was only 11 at the time, I was sent this card (which I still have) by the Lions team management at the end of their tour to Australia and New Zealand in 1959. Little touches like this cemented my love of rugby union and all it once stood for. 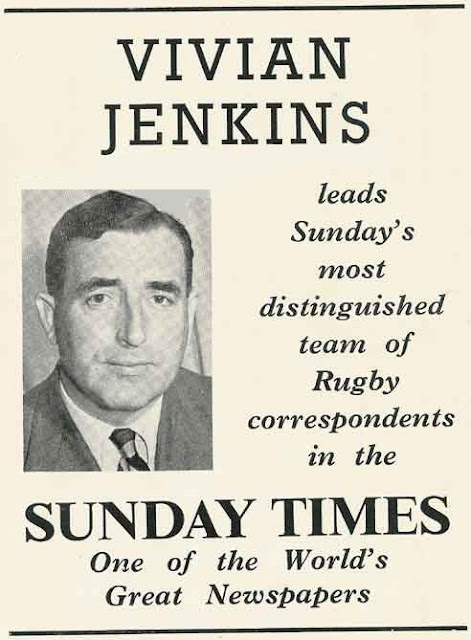 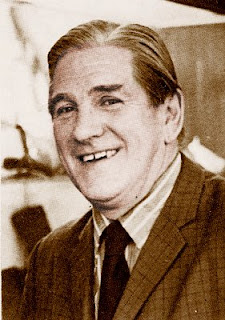 At age 11, they taught me how to do it: Viv Jenkins, top, and Bryn Thomas 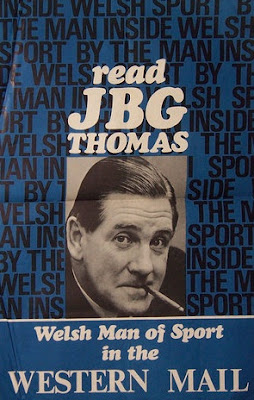 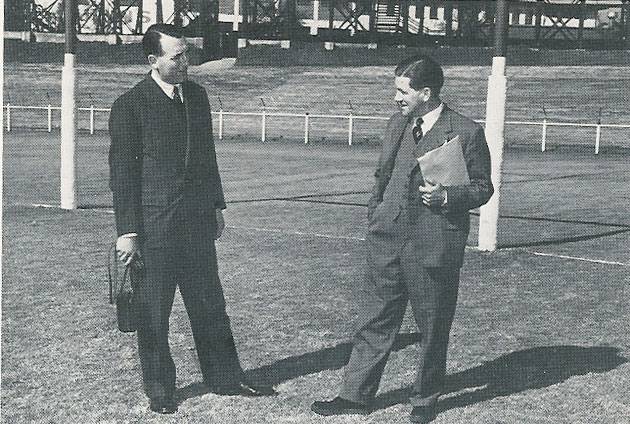 Viv Jenkins, left, and Bryn Thomas as I first knew them - this was taken during a team training session in Sydney at the start of the Lions tour in 1959. Their Imperial Good Companion Model 3s were back in their Coogee hotel rooms. 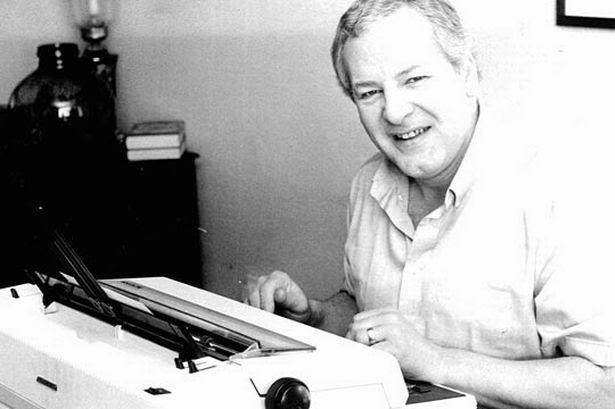 Bryn Thomas's son, successful thriller writer Craig Thomas, at his typewriter. Craig was best known for his Mitchell Gant series. JBG Thomas was unfortunately much less successful with his "On Tour With the Lions' series of rugby books. 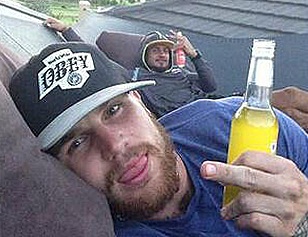 A "good look" for today's aspiring young footballers: Two then members of the Canberra Raiders rugby league team posted this image of themselves on Facebook - "enjoying" a non-playing day. In Australia, rugby league players are often referred by the rugby union fraternity as "mungos". I wonder why? 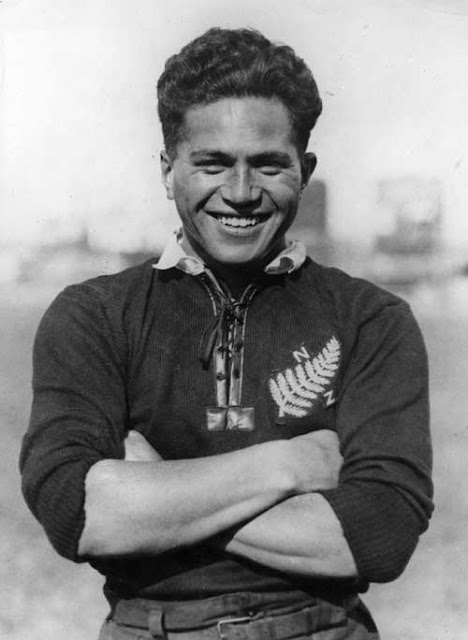 The utterly amazing George Nepia. This Maori fullback was taught to kick the ball and tackle opponents by American Mormon missionaries teaching in New Zealand. At the age of 19, Nepia played in every single match on the 1924-25 All Blacks tour of Britain, Ireland, France and North America - 32 matches straight, without a break, an incredible feat. What's more, New Zealand won every single match. On the way to Britain by ship, Pakeha teammates told him that the name "G.Nepia" was insufficient for British rugby match programmes, so they added initials and for most of his life he was known as "H.G.M.Nepia". In truth, he was just plain old George Nepia, one of the greatest footballers of any code at any time. How I came to meet George Nepia, in 1960, will be the subject of another post. 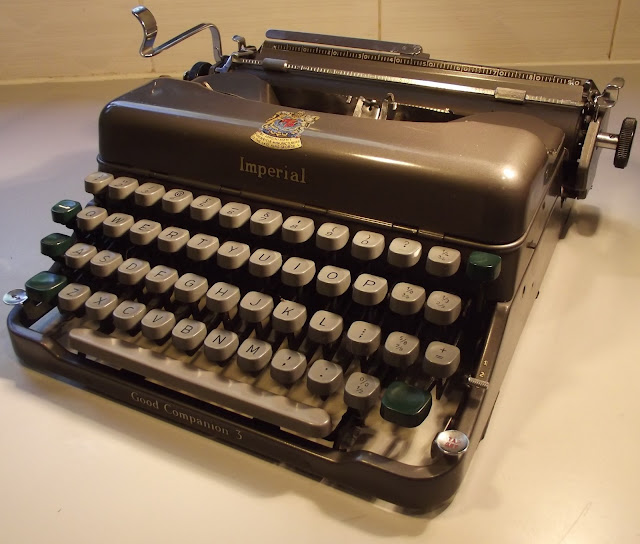 Happy Typewriter Day, Robert! This was a really fascinating reminiscence of your formative days as a reporting writer. I love it! (:

Great therapy! I too like to do my own therapy whenever I need to recharge my batteries, though mine involves listening to old records and reading as well as typing.

Hope the flu is over soon.

Thank goodness for typewriter therapy! I hope the physical therapy starts working and your arm gets to feeling better. The whole situation sounds miserable.

Thanks for the great story telling. I knew nothing of rugby culture and am feeling better informed.