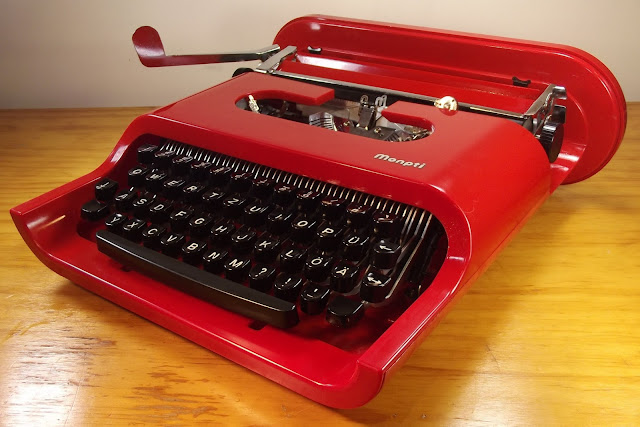 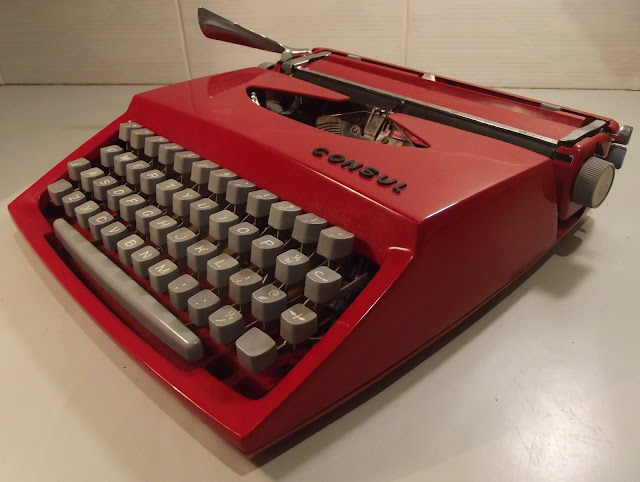 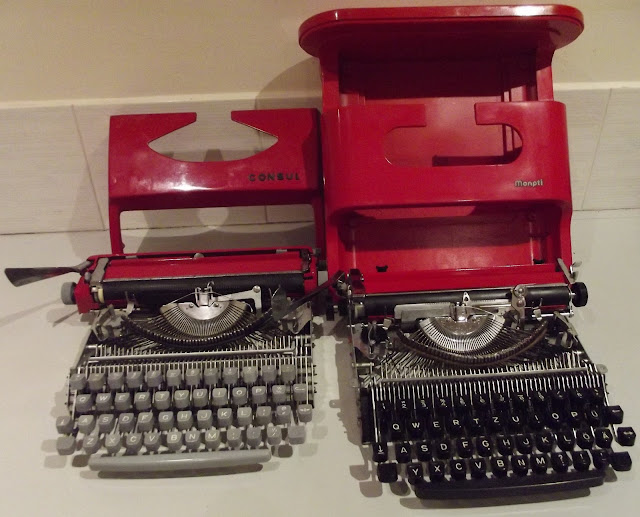 Richard Polt's comment on the Monpti instruction sheet the other night reminded me that this unusual portable typewriter was made by  Zbrojovka Brno NP in Czechoslovakia, which also made Consul typewriters. 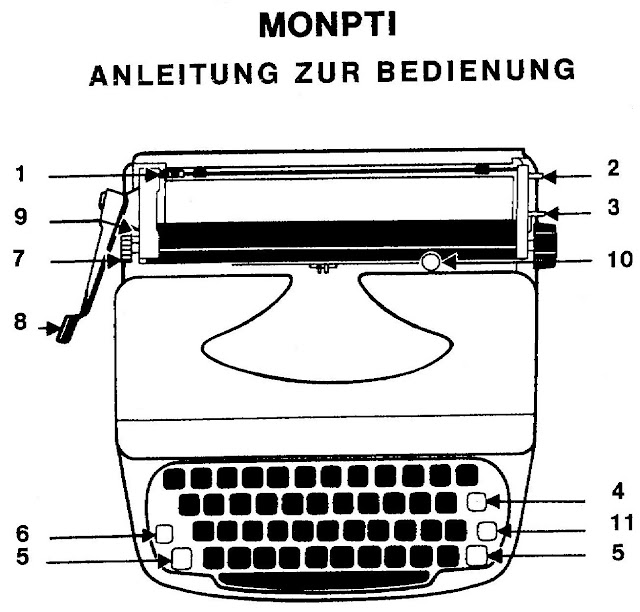 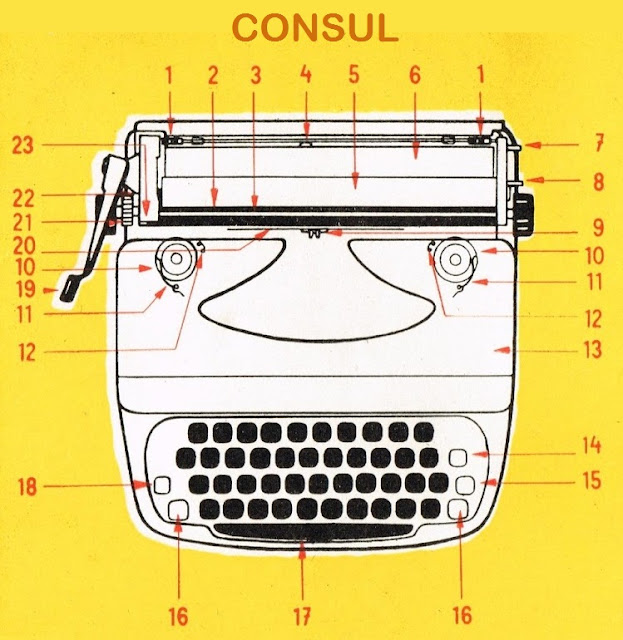 Thus prompted by Richard, I took the masks off the Monpti and a Consul 231.3 and put them side-by-side. Almost a  perfect match. Matching paper bails, matching bail arms, matching carriage release levers, matching ribbon capstans, matching typebasket, matching segment with spring wire, matching dowel plate mounting for key levers - the list just goes on and on. The Monpti has a few refinements, such as the distinctive ribbon colour selector, but nut-for-nut, screw-for-screw, it's essentially the same machine. Interestingly, the deep red colour of this Consul is exactly the same shade as that of the Monpti. 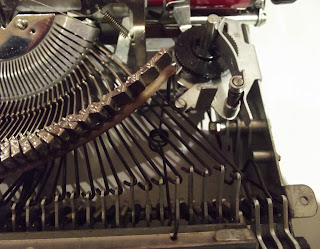 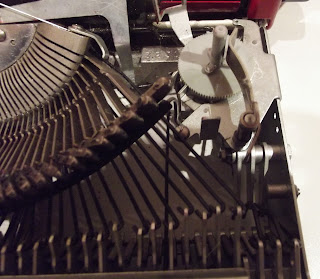 Consul
While all the credit for the Monpti has gone to Budapest-born, German-based designer Stefan Lengyel, it should be recognised that the mechanics of the Monpti-Consul were designed by Miroslav Blaha for Zbrojovka Brno NP. Similarly, of course, Ettore Sottsass gets all the credit for the lookalike Olivetti Valentine, but he only designed the mask - the basic mechanics had been around for 20 years, since 1949. Yet that the Monpti mechanically matches the Consul portables supports the notion that the Monpti pre-dates the Valentine. 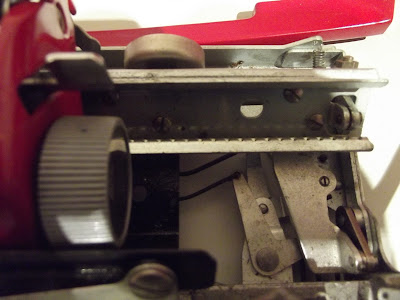 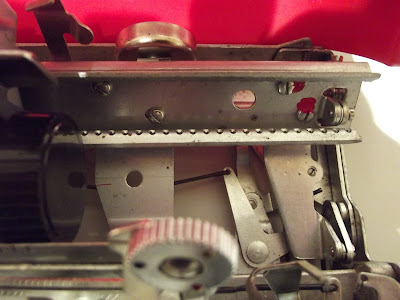 Monpti
The basic Consul portable design has been around since 1959. Will Davis has put together an excellent teardown on the internal construction of these machines, which can be seen here. 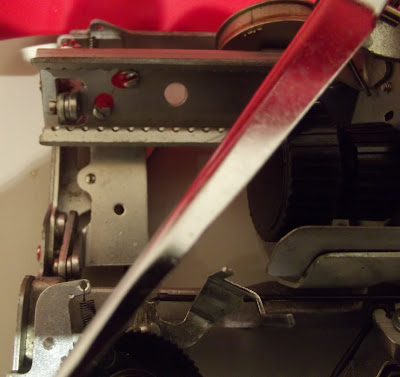 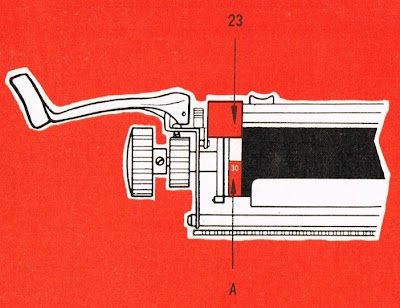 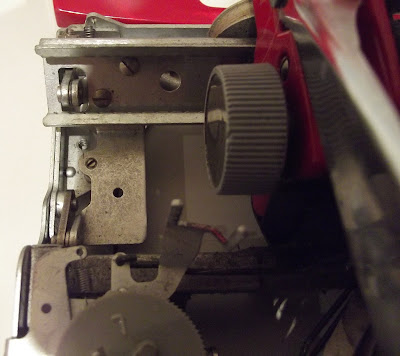 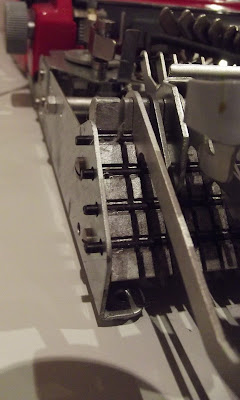 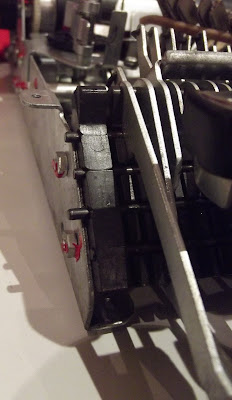 Posted by Robert Messenger at 23:20

Very nice Robert, and you save me a lot of work, namely disassembling and assembling these two models.
On closer inspection, the Monpti and the Valentine are completely different machines, yet the comparison seems inevitable. I personally side with the Monpti.
The name Monpti was also the title of a very successful film, set in France, tragic story actually. It was a success in Germany, so maybe the name came from the film? In any case, one of my favourite machines and I don't regret the higher price - after all, it's a genuine designer item.
According to my information, the Monpti was only one a series of two planned machines, Monpti targeting the young and trendy people (such as, inevitable comparison, the Valentine), whereas the second model, more classy, or serious, was to target the business community. The latter never went into production.

Thanks for the disassembly, very interesting.

I wonder what the second design Georg mentions would have been like!

Cool internal photos! Thanks for sharing.