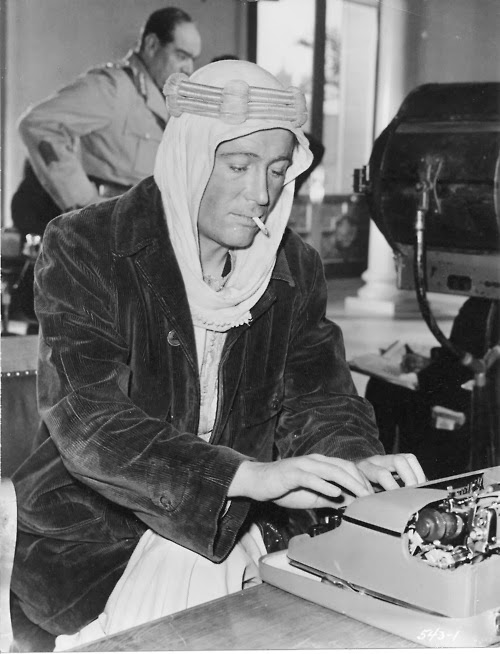 Actor Peter O'Toole died at Wellington Hospital in London on Saturday, aged 81. Born Peter Seamus O'Toole in either Connemara, County Galway, Ireland, or Leeds in England (take your pick), O'Toole achieved stardom in 1962 playing T. E. Lawrence in Lawrence of Arabia. He received eight Oscar nominations – for Lawrence of Arabia, Becket (1964), The Lion in Winter (1968), Goodbye, Mr Chips (1969), the must-see The Ruling Class (1972), The Stunt Man (1980), My Favorite Year (1982) and Venus (2006) – a record for the most Academy Award acting nominations without a win. 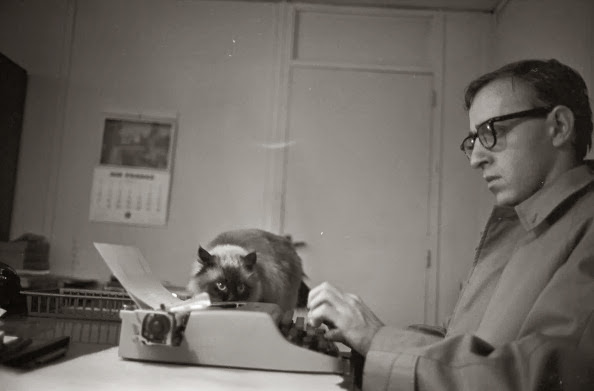 O'Toole worked with Woody Allen on What's New Pussycat? (1965), seen above.
O'Toole was passionate about rugby and cricket. A qualified coach, he taught Katharine Hepburn to play cricket on a set lot in Arles, France, during the filming of The Lion in Winter in 1968: 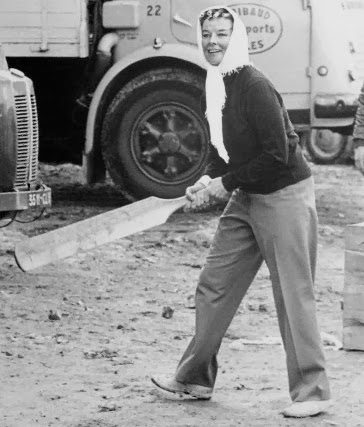 A few years earlier, O'Toole gave this French schoolboy some tips on the classic way to pass a rugby ball: 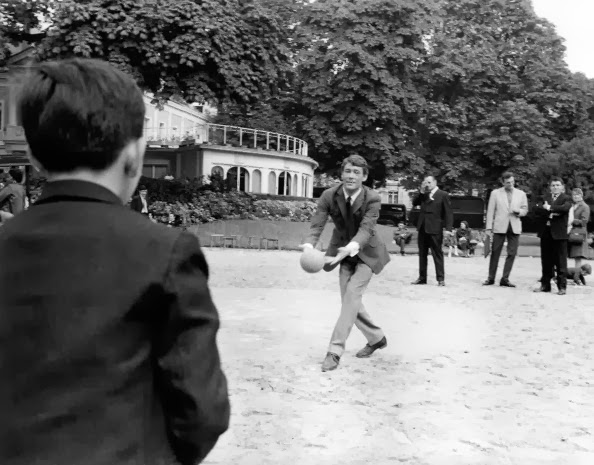 O'Toole attended rugby matches with fellow Irishman Richard Harris (whose Corona 3 is now owned by Tom Hanks), Australian-born Peter Finch and Welshman Richard Burton. O'Toole (8), Harris (2), Burton (7) and Finch (2) received a combined 19 Oscar nominations - with Finch (Network) the only winner among them! Finch was the first of two people to win a posthumous Academy Award in an acting category; the other was also Australian - Heath Ledger.
Posted by Robert Messenger at 23:13

I'll take Leeds since I'm from Yorkshire originally! Great actor. He lived a long and fulfilled life all things considered. :)

Thanks for the wonderful tidbits on O'Toole. "Lawrence of Arabia" became one of my all-time favorite flicks when I first watched it from the smoking balcony of the Granada theater in Reno, NV and we pull out the DVD to watch again pretty much yearly.