Wright Flight: The Albus Folding Portable Typewriter Takes to the Air in Austria 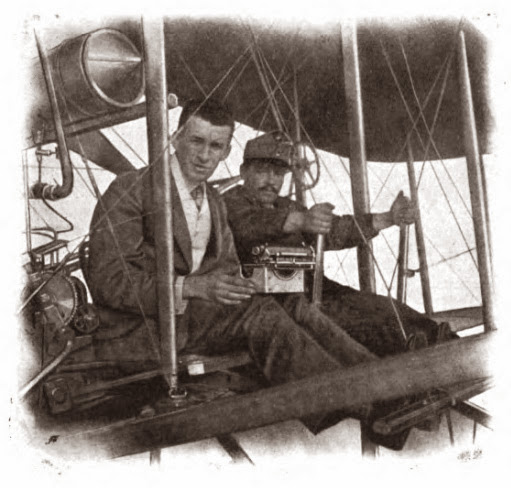 The first typewriter
to reach for the skies
The Albus folding portable typewriter seen in an Austrian Army Wright Flyer. 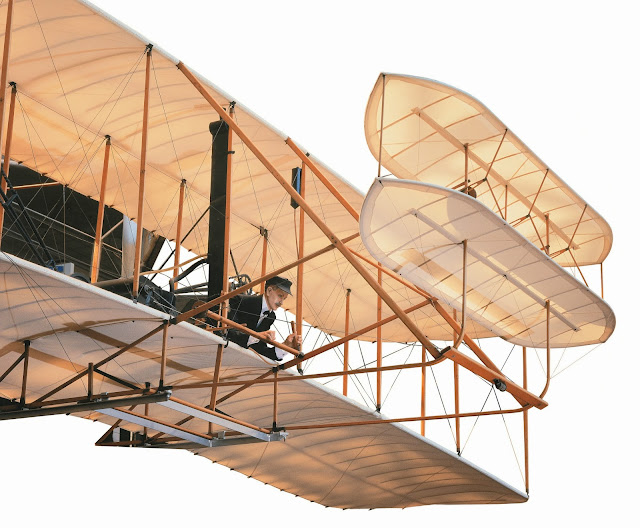 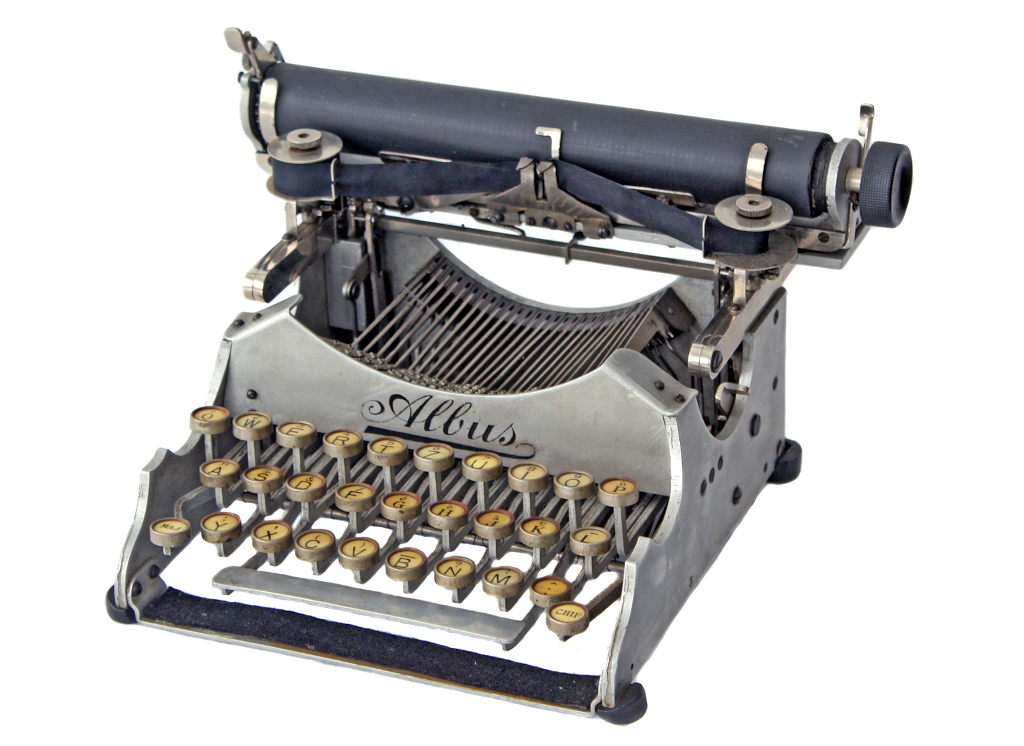 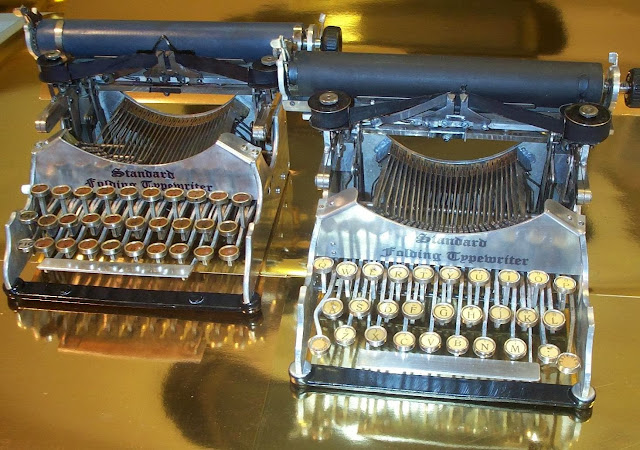 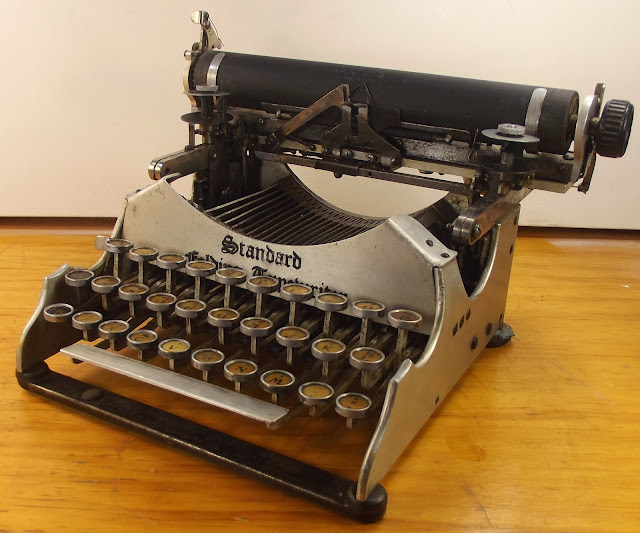 Some of the Standard Foldings from my collection 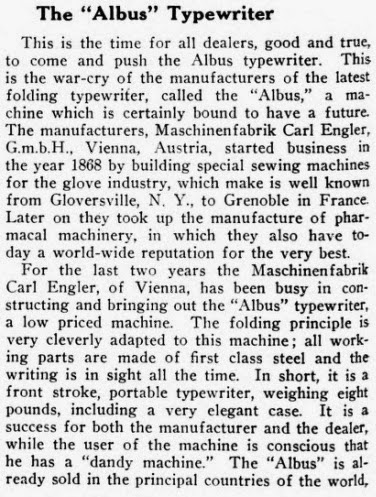 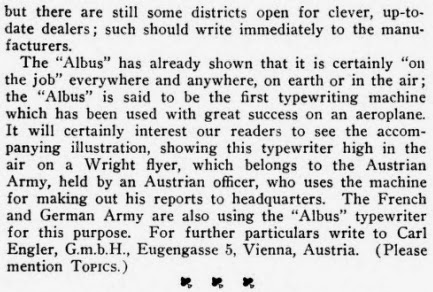 Presumably, US agents for the Albus were "not entertained" because the typewriter was merely being made in Austria under licence from the Standard Folding Typewriter Company, by then under Benn Conger's presidency in Groton, New York: 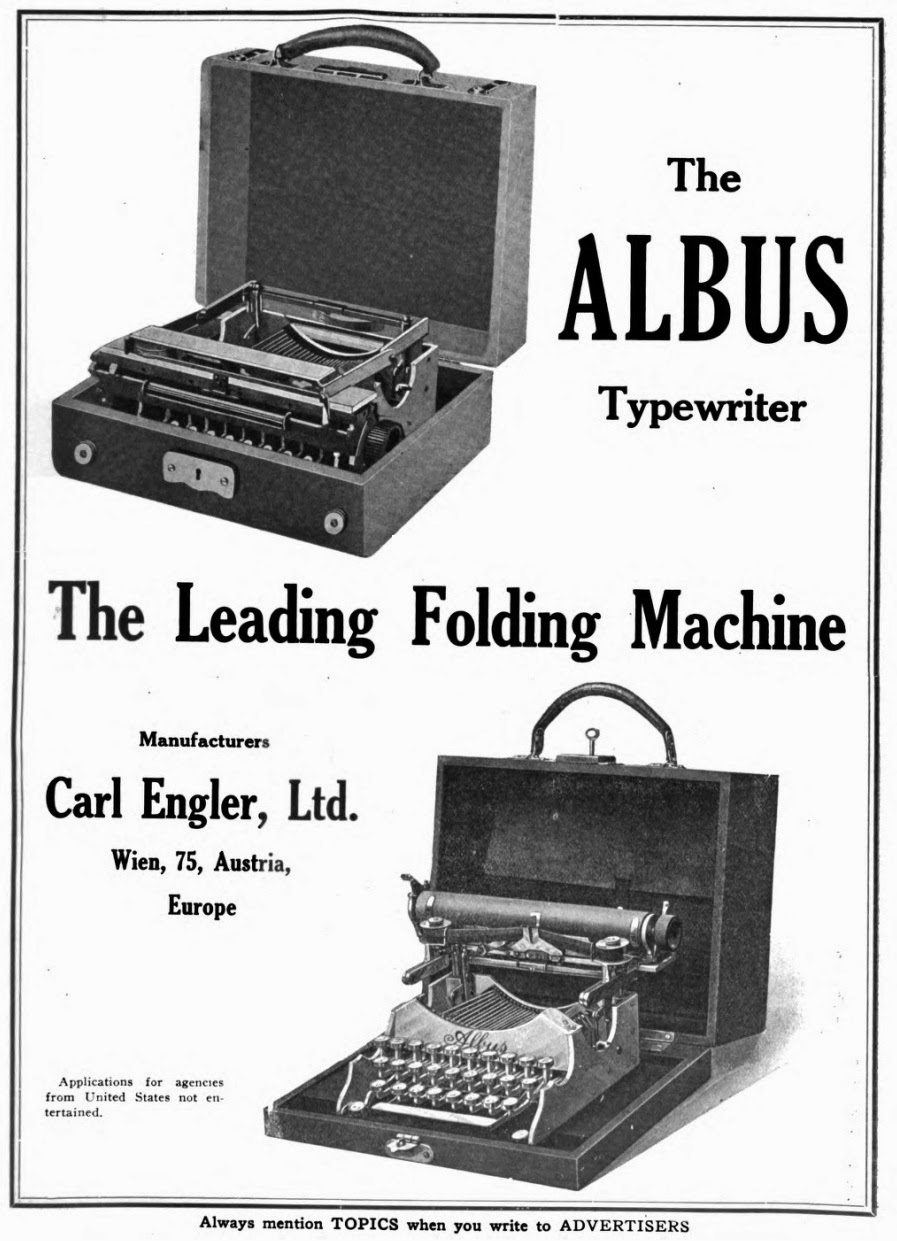 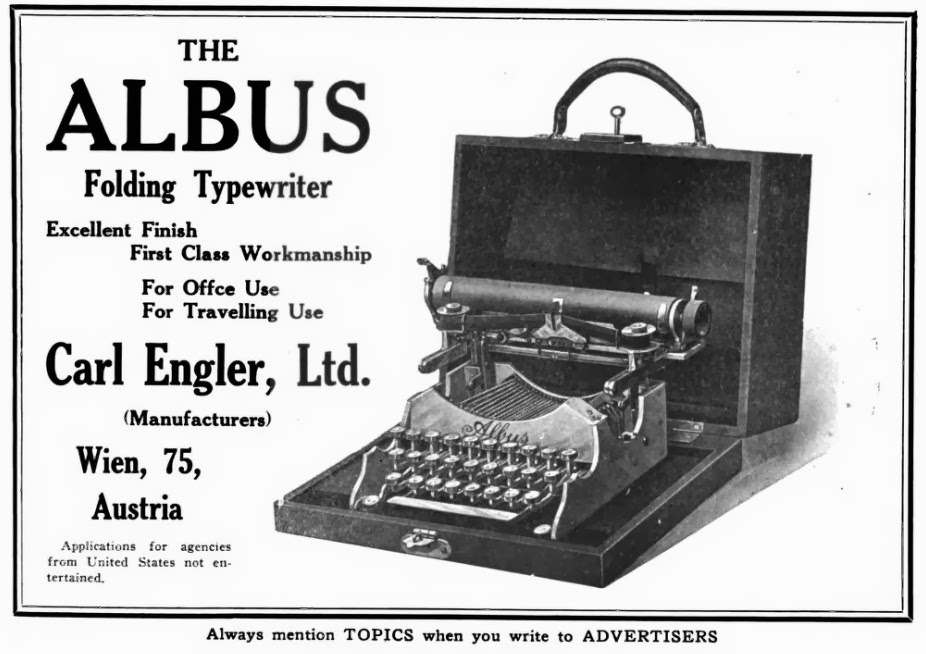 The Albus grew into the Perkeo 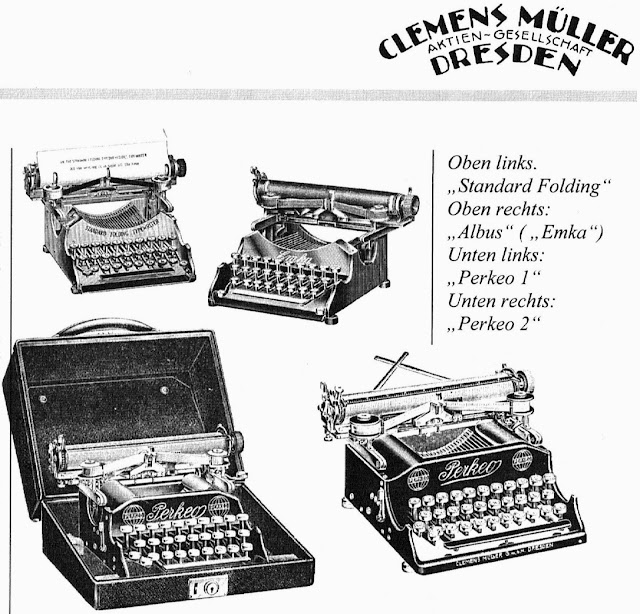 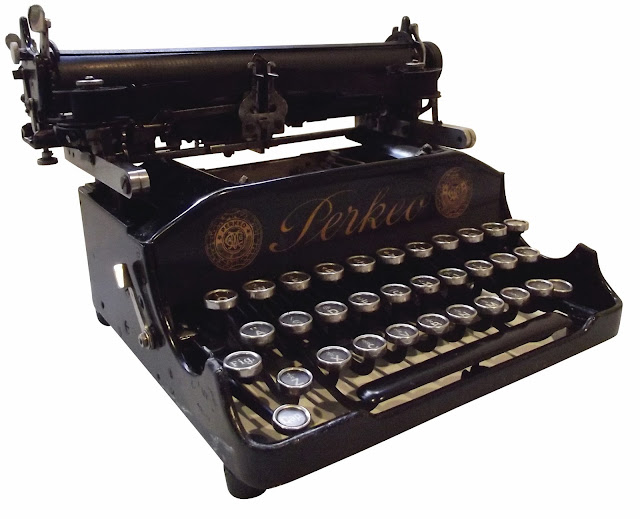 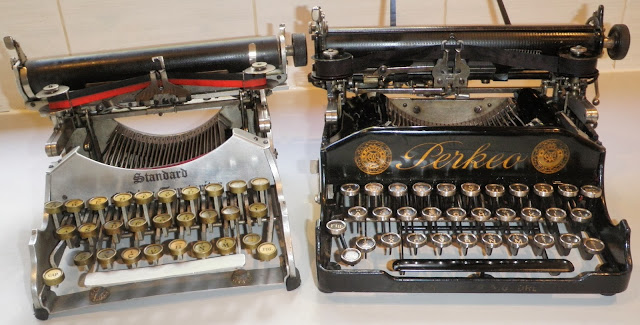 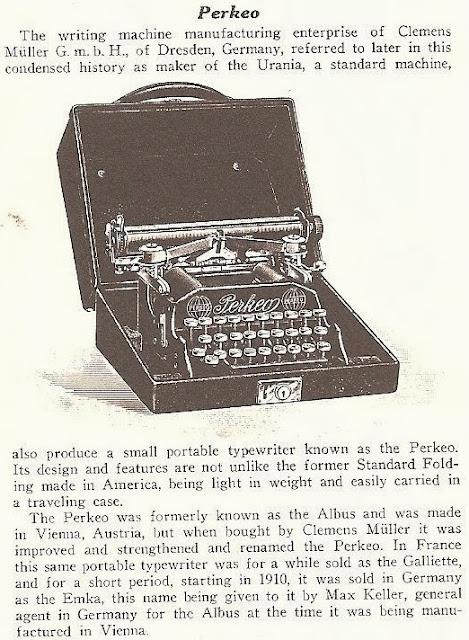 The Perkeo above (also with the Standard Folding) is from my collection.

The flight of the Albus didn't last long. It was first produced in 1910 and introduced to the US two years later. Sometime later in 1912, Clemens Müller AG of Dresden took over the rights from Maschinenfabrik Carl Engler GmbH, Vienna, Austria, and developed the Albus into the Perkeo. Further developed into a four-bank portable, in 1925 it became the Urania Piccola. 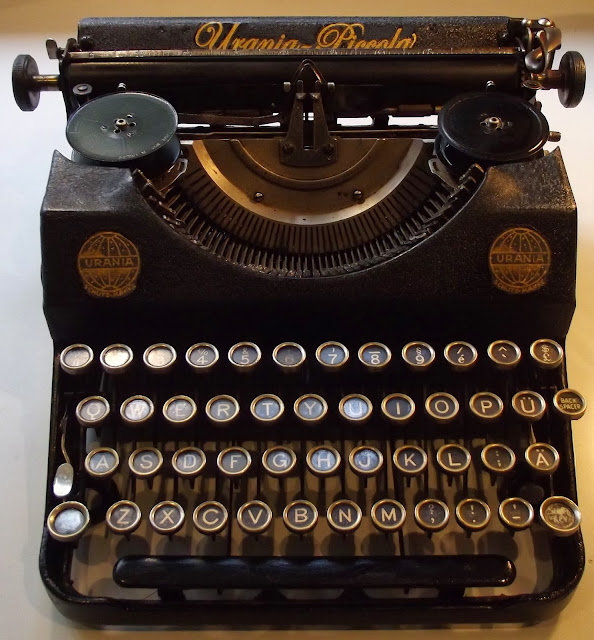 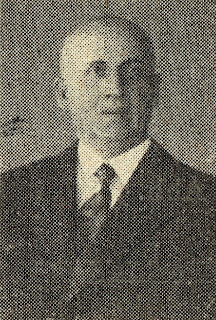 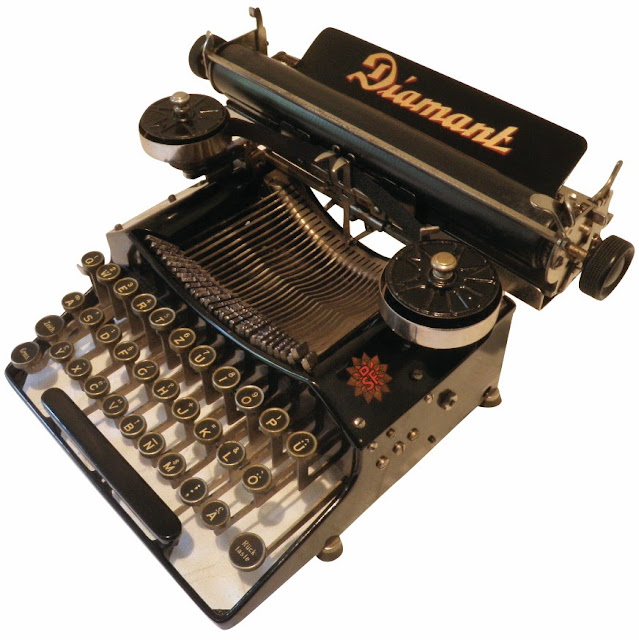 Urania Piccola and Diamant, my collection 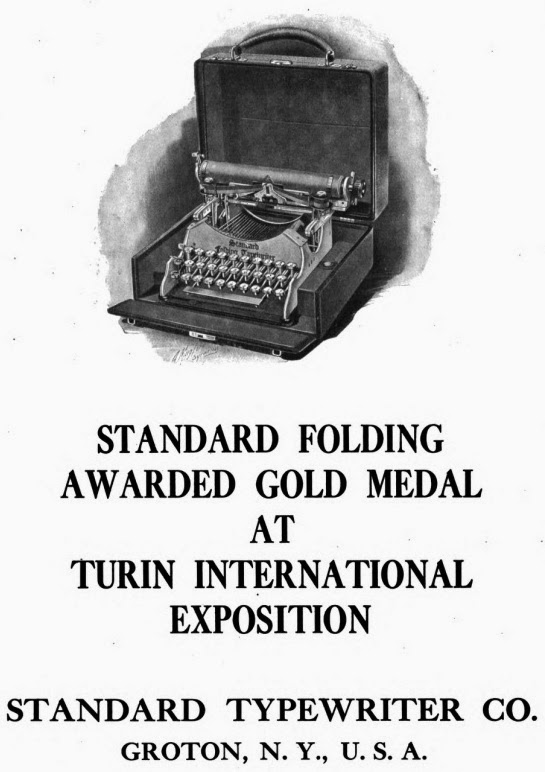 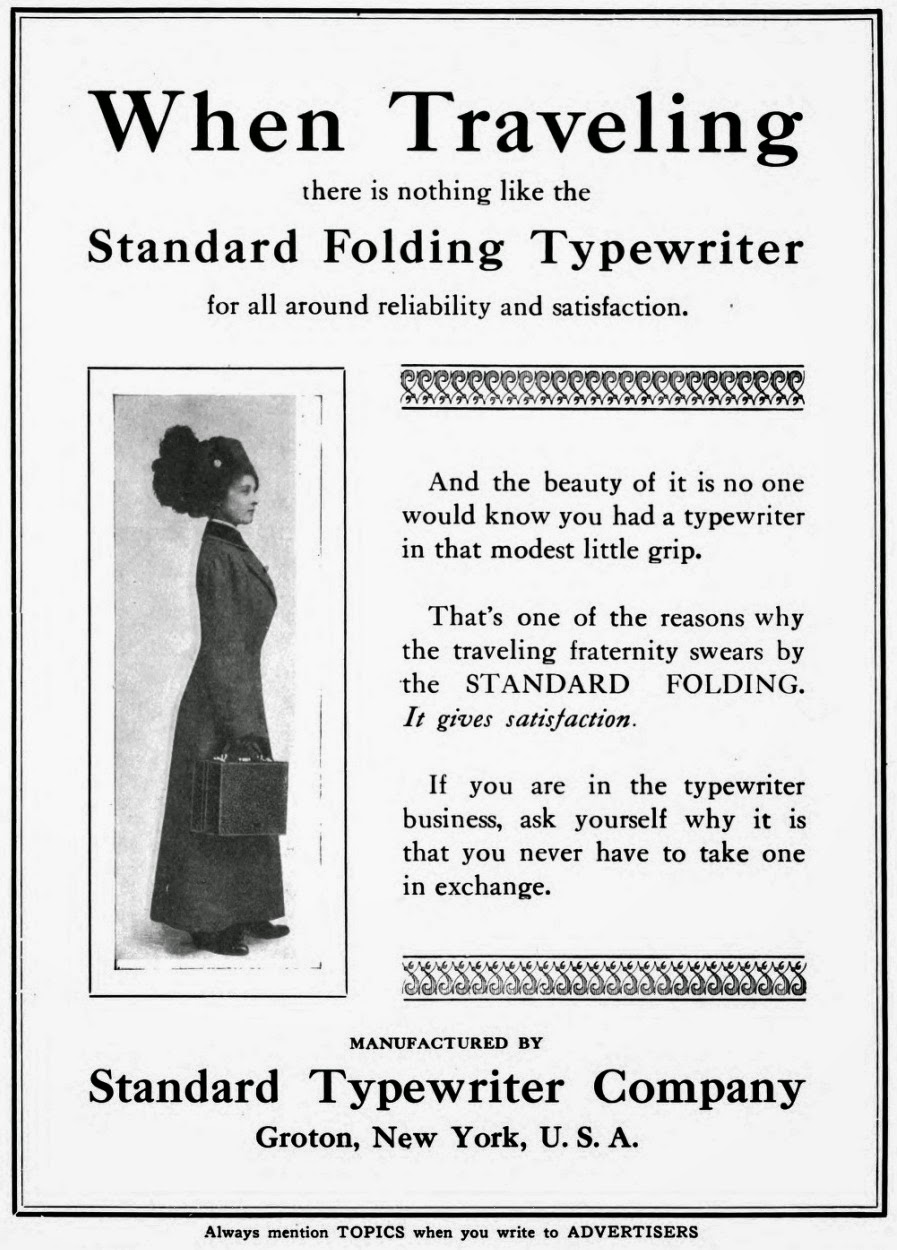 Tomorrow: The Sterling
Posted by Robert Messenger at 23:17

Very nice carry-on luggage! I assume these really are "rare"?

I can't imagine holding a typewriter on my lap and actually using it while bouncing around in what looks like an oversized balsa wood and tissue paper model airplane, while unsure even of a safe landing. The expression on the pilot's face, while holding those controls in a seeming death grip, looks to be somewhere between uncertainty and terror.

Your presentation of folders the last couple of days inspires me to get out, tune up and polish my two Corona folders, which are not so rare.

I learn more every time I visit your blog.
That is quite a nice little typewriter.
I have only been some-what familiar with the folding Corona.

Like Tony, I imagine it was quite difficult to hold even that small typewriter and be able to use it on one of those primitive airplanes. Maybe one had to hold it and use one finger to type.