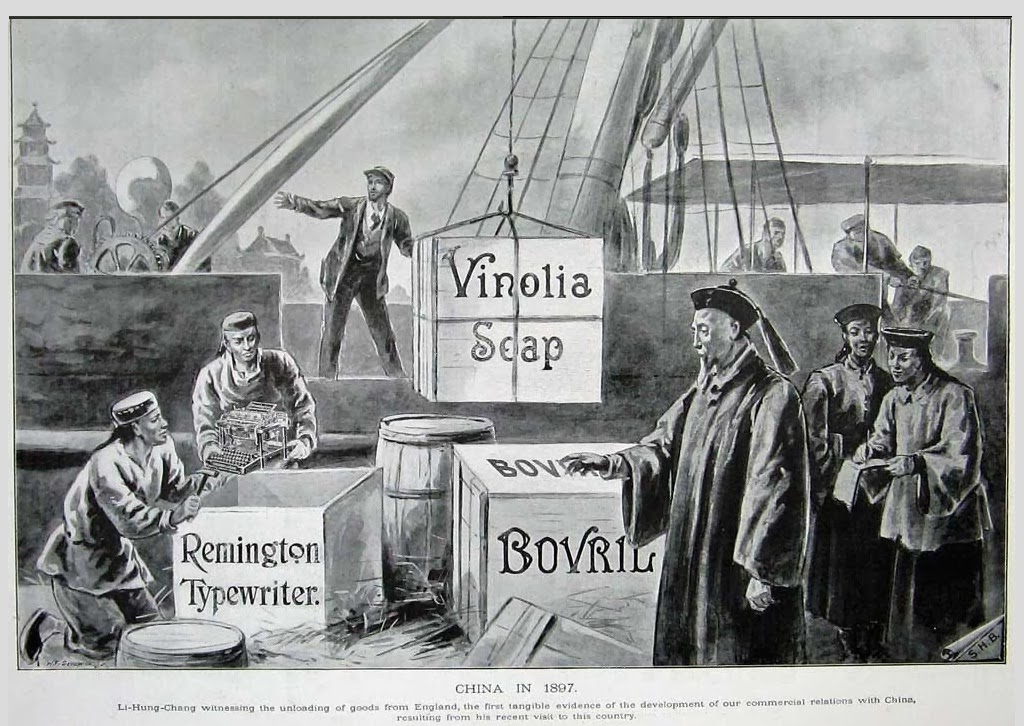 Above: From The Illustrated London News, October 31, 1986
Below: From Pears' Shilling Cyclopædia, first edition, 1898 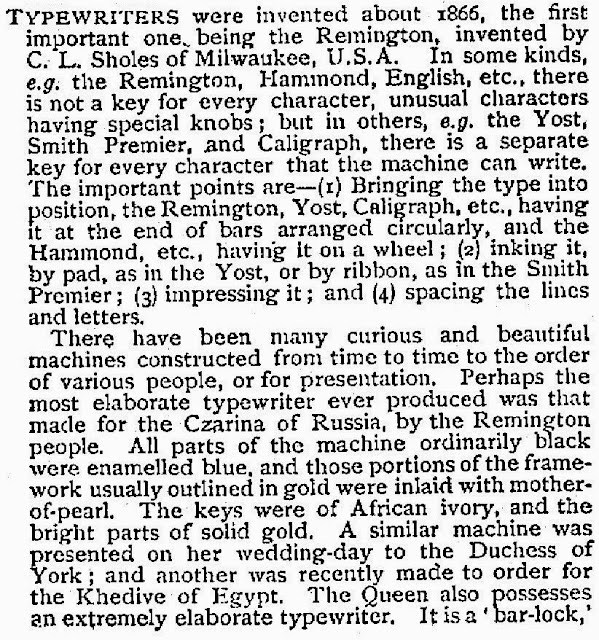 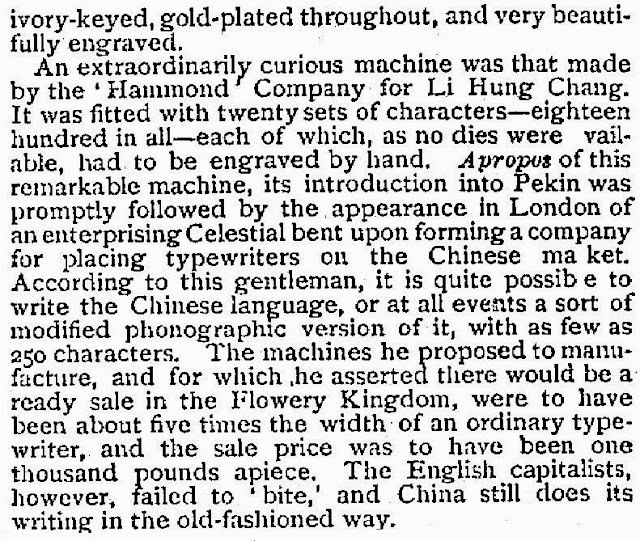 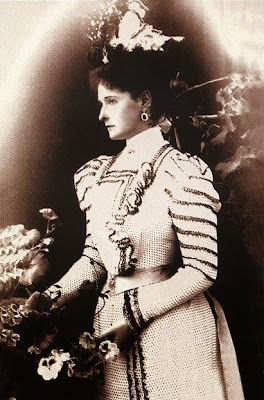 Czarina Alexandra
The Czarina of Russia referred to above was Alix of Hesse and by Rhine, later Alexandra Feodorovna (1872-1918), Empress consort of Russia as spouse of Nicholas II, the last Emperor of the Russian Empire. She was a granddaughter of Queen Victoria of England. Alexandra is best remembered as the last Czarina of Russia and her friendship with the mystic, Grigori Rasputin. Nicholas and Alexandra and their family were executed by firing squad and bayonets in the basement of the Ipatiev House early in the morning of July 17, 1918, by a detachment of Bolsheviks led by Yakov Yurovsky. Nobody knows what became of her ornate Remington typewriter. 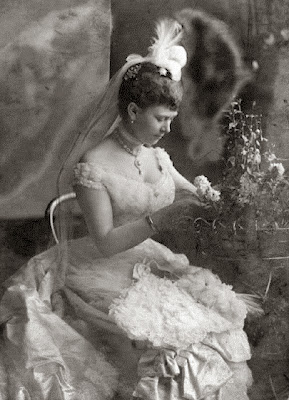 Duchess of York
The Duchess of York in 1898 was Mary of Teck (Victoria Mary Augusta Louise Olga Pauline Claudine Agnes; 1867-1953), later Queen of England as the wife of George V. Although technically a princess of Teck, in the Kingdom of Württemberg, she was born and brought up in England. She was queen consort from 1910. She died in 1953, at the beginning of the reign of her granddaughter, Queen Elizabeth II. 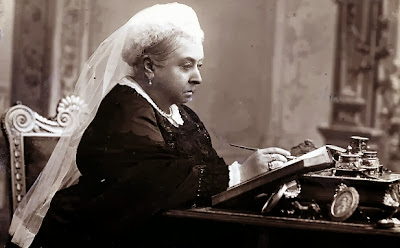 Queen Victoria
The Queen in 1898 was Victoria (Alexandrina Victoria; 1819- 1901), English monarch from 1837 until 1901. Victoria was raised under close supervision by her German-born mother Princess Victoria of Saxe-Coburg-Saalfeld. She inherited the throne at the age of 18 and married her first cousin, Prince Albert of Saxe-Coburg and Gotha, in 1840. Her reign of 63 years and seven months is the longest by an English monarch and the longest by any female monarch. She was the last British monarch of the House of Hanover. Her son and successor, Edward VII, belonged to the House of Saxe-Coburg and Gotha. Her Bar-Lock typewriter was given to her by William James Richardson: 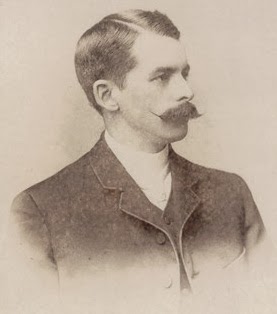 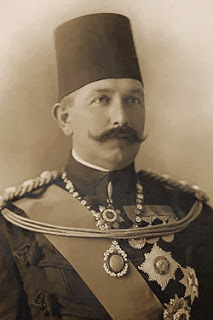 Abbas II Hilmi Bey
The Khedive of Egypt was HH Abbas II Hilmi Bey (also known as Abbas Hilmi Pasha) (1874-1944), the last Khedive of Egypt and Sudan (1892-1914). At the onset of World War I, Abbas was in Constantinople recovering from wounds suffered at the hands of a would-be assassin. On November 5, 1914, when Great Britain declared war on Turkey, he was accused of deserting his country by not returning home forthwith. The British also believed that he was plotting against their rule, so when the Ottoman Empire joined the Central Powers in the war, Britain declared Egypt an independent Sultanate under British protectorate on December 18, 1914,  and deposed Abbas. Abbas supported the Ottomans in the war, including leading an attack on the Suez Canal. Abbas finally accepted the new order of things in Egypt on May 12, 1931, and abdicated. He retired to Switzerland where he died in Geneva, aged 70. 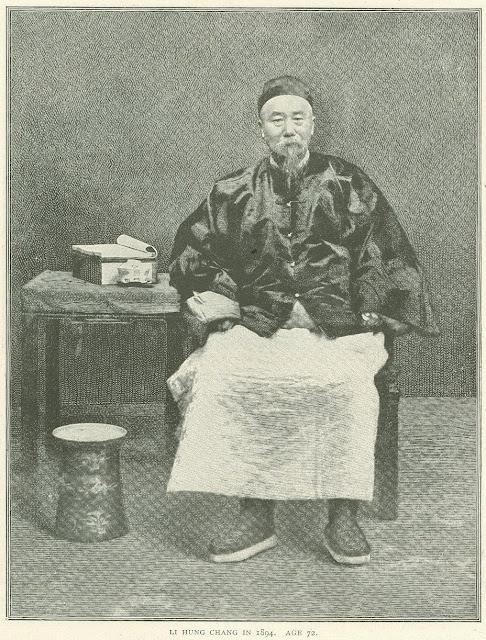 Li Hongzhang (formerly rendered in English as Li Hung Chang) GCVO (1823-1901) was a politician, general and diplomat of the late Qing Empire. He quelled several major rebellions and served in important positions of the Imperial Court, including the premier viceroyalty of Zhili. Although he was best known in the West for his generally pro-modern stance and importance as a negotiator, Li antagonized the British with his support of Russia as a foil against Japanese expansionism in Manchuria and fell from favour with the Chinese after their loss in the 1894 Sino-Japanese War. For his life's work, Queen Victoria made him a Knight Grand Cross of the Royal Victorian Order.

Technology and Foreign Affairs:
The Case of the Typewriter
The American Diplomacy website republished this article by Henry E. Mattox in October 1997. It is an adaptation of an historical comment by Mattox called "The Typewriter: 'One of the Greatest Benefits to Humanity'?," originally published in the Foreign Service Journal in February 1990:

Posted by Robert Messenger at 00:28