I chose the Fox N0 24 standard typewriter because it was made in Grand Rapids, Michigan, where The Polar Express is set. The Remington is a No 16. 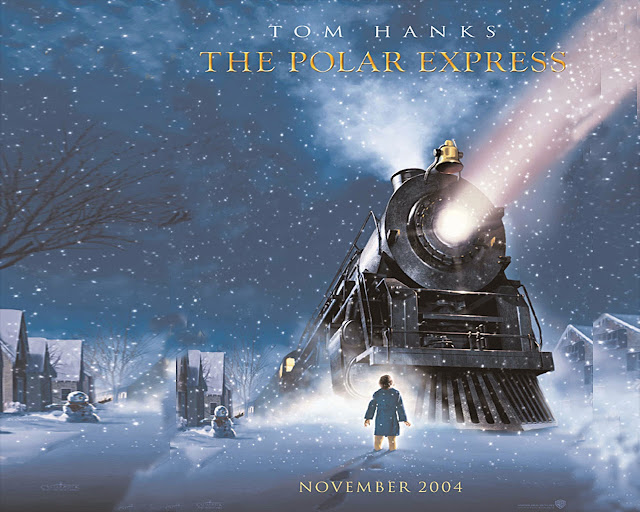 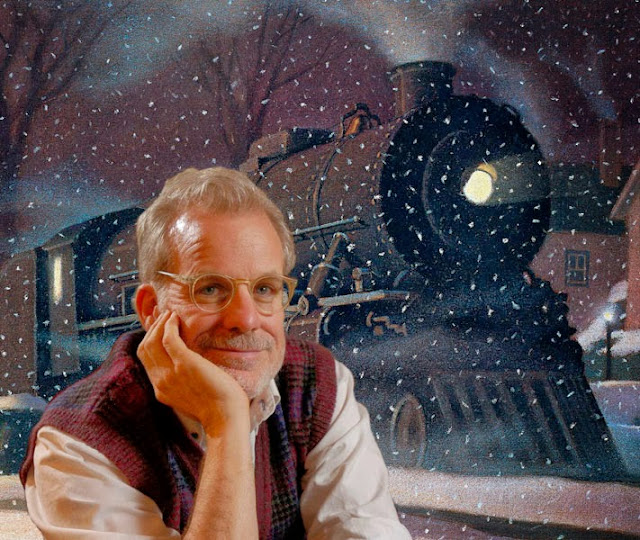 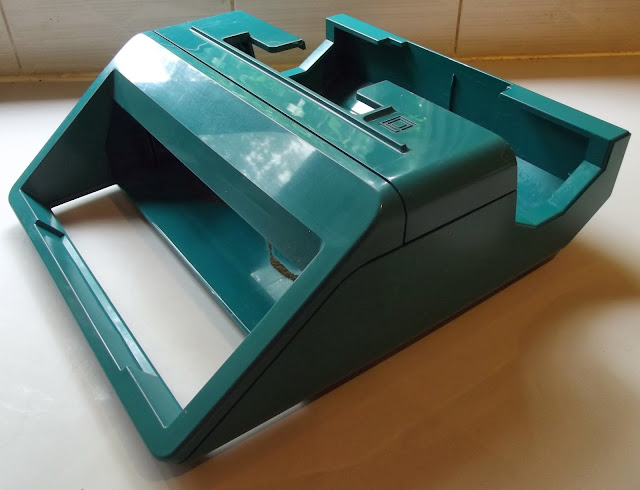 Ted Munk put out a plea last week for a ribbon spools cover for his Olivetti Studio 45, and I just happened to have a spare parts mask (above) sitting taking up space and gathering dust. It will be winging its way to Mesa, Arizona, by tomorrow afternoon. Ted's coverless Studio 45 is below: 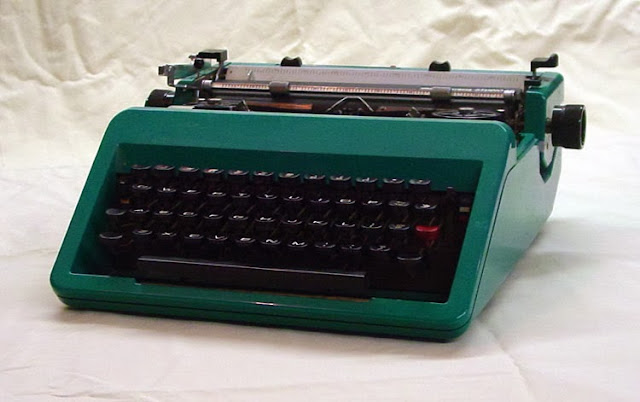 Hours earlier, Ted had responded to my post about the armless Naked Olivetti Lettera 22 (now suitably dubbed the "Venus de Milo" by Mark Petersen) by stressing how tricky it is to replace the carriage lever (alone) on one of these models. 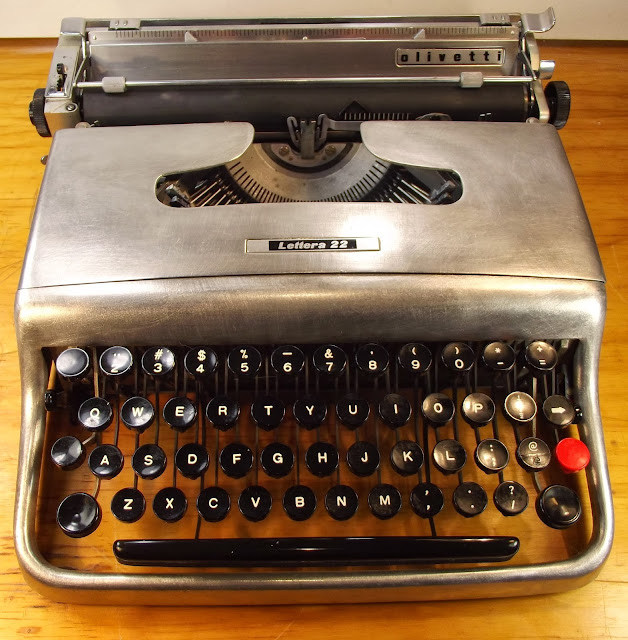 I was aware of this, and wouldn't have even attempted to tackle such an undertaking. In saying I had another spare parts Lettera 22 to use for the task, my plan was (is) to replace the entire left-hand section of the carriage, not just the lever: 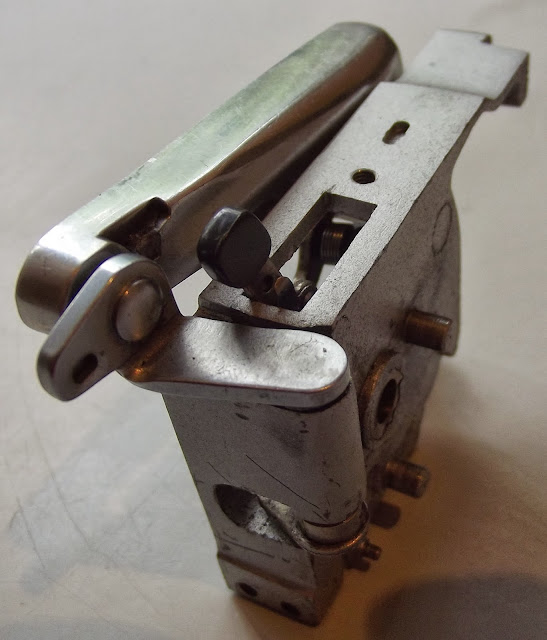 At the same time, Ray Nickson got in touch for similar reasons, inquiring about a carriage lever from a spare parts Olivetti portable. At first I thought Ray was referring to the Studio 45, so I assumed I'd have even more use for this spare parts machine. But in fact it is a spare parts Studio 44 that Ray needs. Still, all this once more demonstrates what a fantastic place the Typosphere is for people needing typewriter help and parts. And what a great chance it offers to be giving and receiving gifts at Christmas! 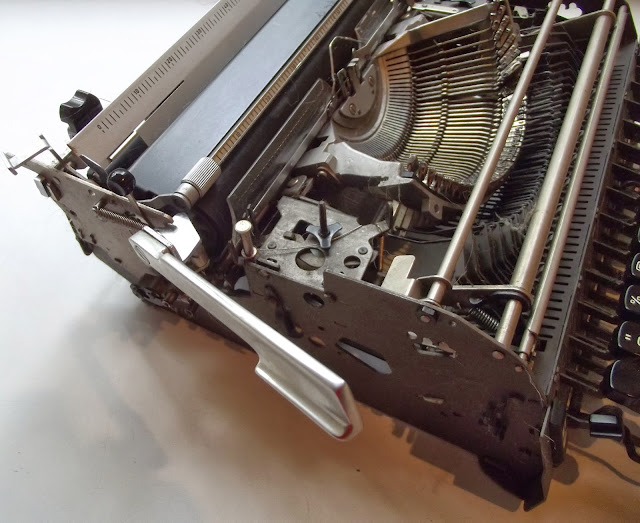 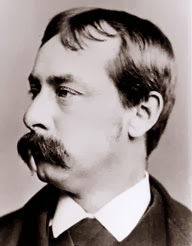 Francis Pharcellus Church (above)
and his reply to Virginia O'Hanlon (below):

Posted by Robert Messenger at 13:37

Church wrote a lovely Christmas column and so did you. You have brought a smile to my face. And hurray for the beautiful bells of our typewriters!

What a great celebration of Christmas spirit. I can almost hear the silence of falling snow on your threshold. I haven't yet had the chance to discover the delights of dismantling a Lettera 22 (one day, one day) but I'm surprised that the return lever is so different to the Letter 32 - or the Sudio 44, for that matter. On these latter, as you know, they just come off with a screw and a spring washer.

Very wonderful post Robert. I too like watching the Christmas movies. I never care if they were meant for children. I'm sort of a boy at heart anyway. I really like the Polar Express. My imagination wanders off every time I watch it.

One day I may own one of those wonderful Olivetti typewriters. My Studio 44 is destined to be a parts machine. Too much to repair and I am preparing to move out of hot humid Florida.

A Very Merry Christmas to your Robert!

I guess if she gets an arm she can still be the Venus de Milo! Great post, I loved reading this one. Merry Christmas!

Robert, you have gone and made me nearly weepy. Thanks for the wonderful Christmas post. All the best to you and yours.