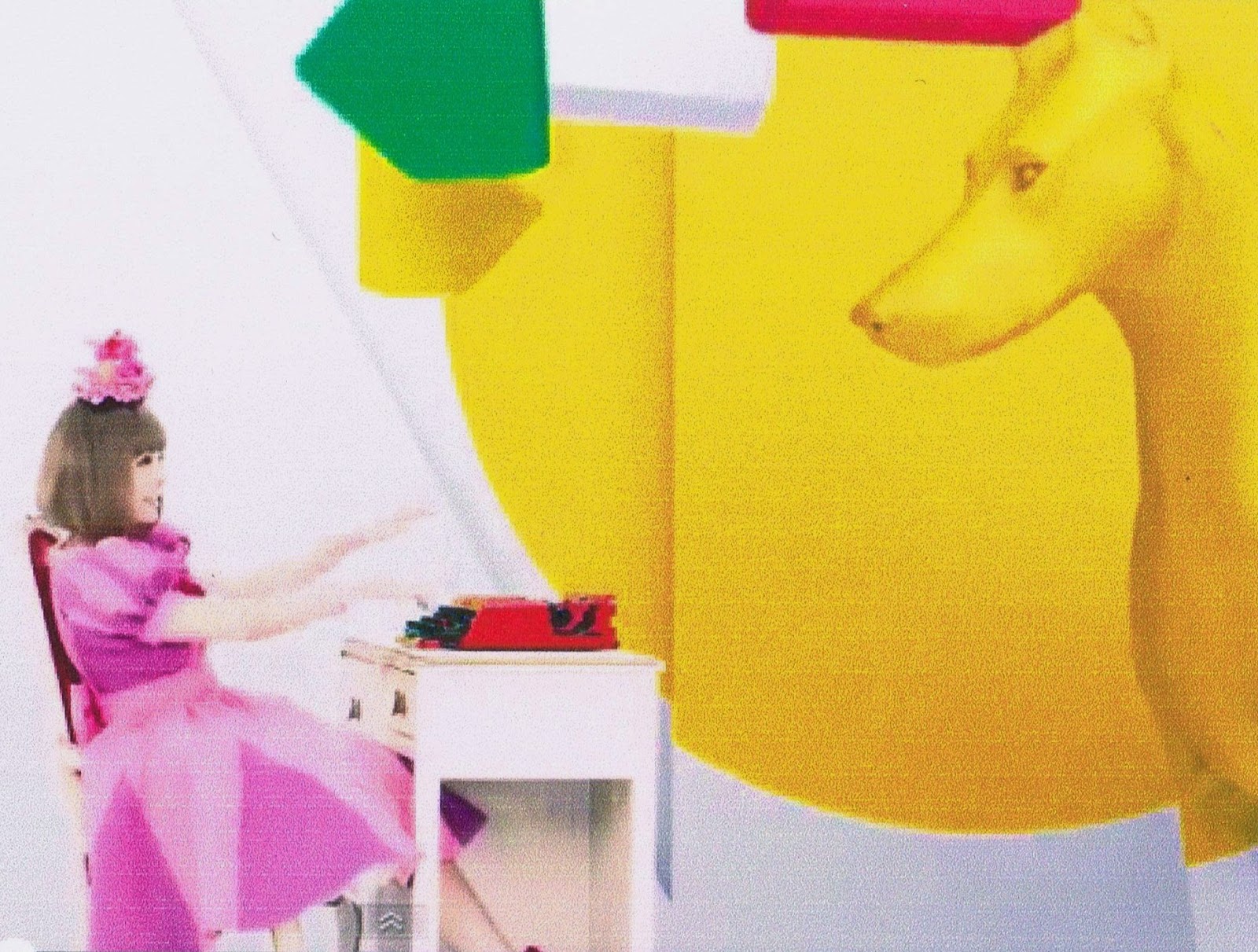 Some young Australians have, I discovered tonight, gone ga-ga over Kyary Pamyu Pamyu (real name Kiriko Takemura) - the "Queen of J-Pop" (as in Japanese pop music). Hardly surprising, I suppose, since she's been called "the coolest girl on the planet" and "the most exciting person making music". 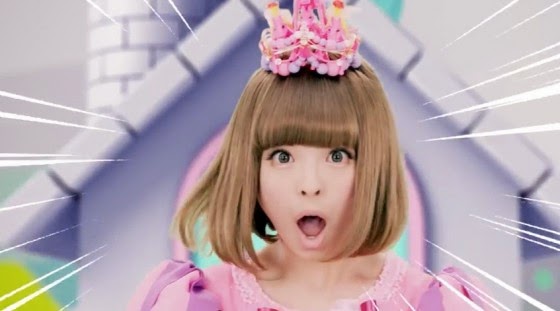 The video from Kyary's latest hit, Mottai Night Land, was shown on a mainstream TV current affairs program and it featured Kyary typing on an Olivetti Valentine portable - the Pop-Art typewriter icon.
The use of a typewriter may seem appropriate, since the song title is based on the Japanese term mottainai, which conveys a sense of regret concerning waste. It is an old Buddhist word, which has ties "with the Shinto idea that objects have souls". Does a Valentine have a soul?
Actually, given Kyary's fashion tastes, I think she should have used my Hello Kitty typewriter: 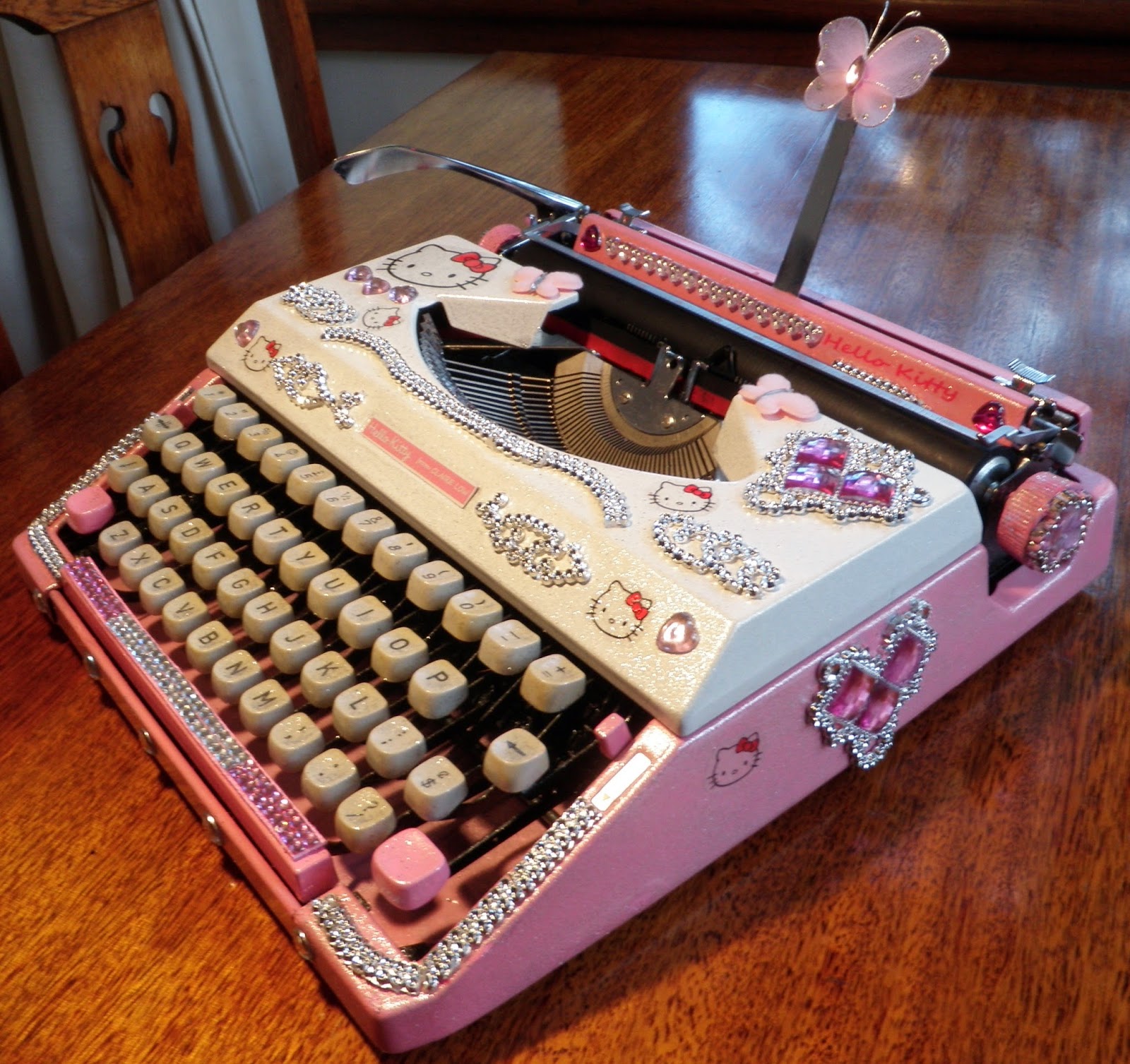 Kyary ("Carrie"), born in Nishitōkyō, Tokyo, on January 29, 1993, has developed a public image closely associated with Japan's kawaisa and decora culture (street fashion) centred on Harajuku in Tokyo.
She has also gained popularity in western countries through her Internet videos, which have gone viral.
Kyary started out as a fashion blogger, and then began her professional career as a model for Harajuku fashion magazines such as Kera! and Zipper. Her new pop star status was confirmed by a lengthy profile in The Wall Street Journal.
She has made two world tours, embracing the US, England, France, Belgium, Taiwan, Thailand, Singapore, Hong Kong, and  now Australia. 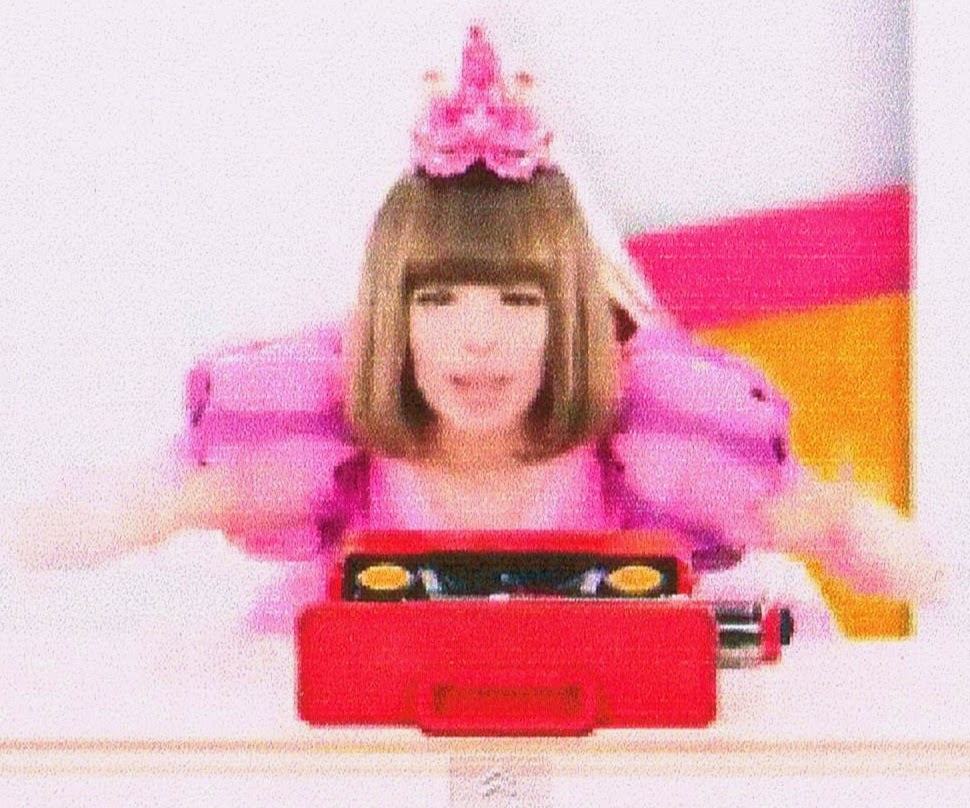 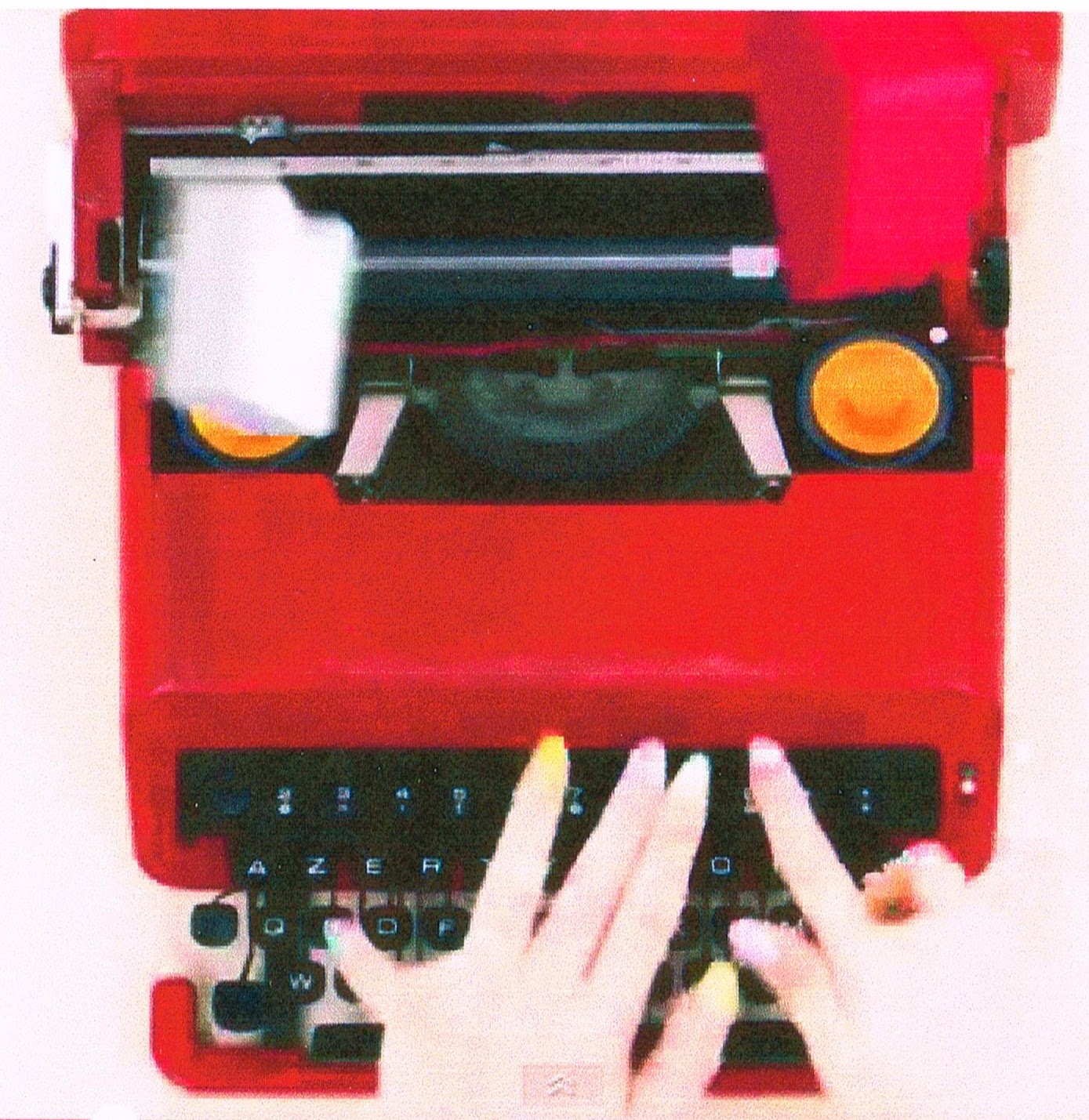 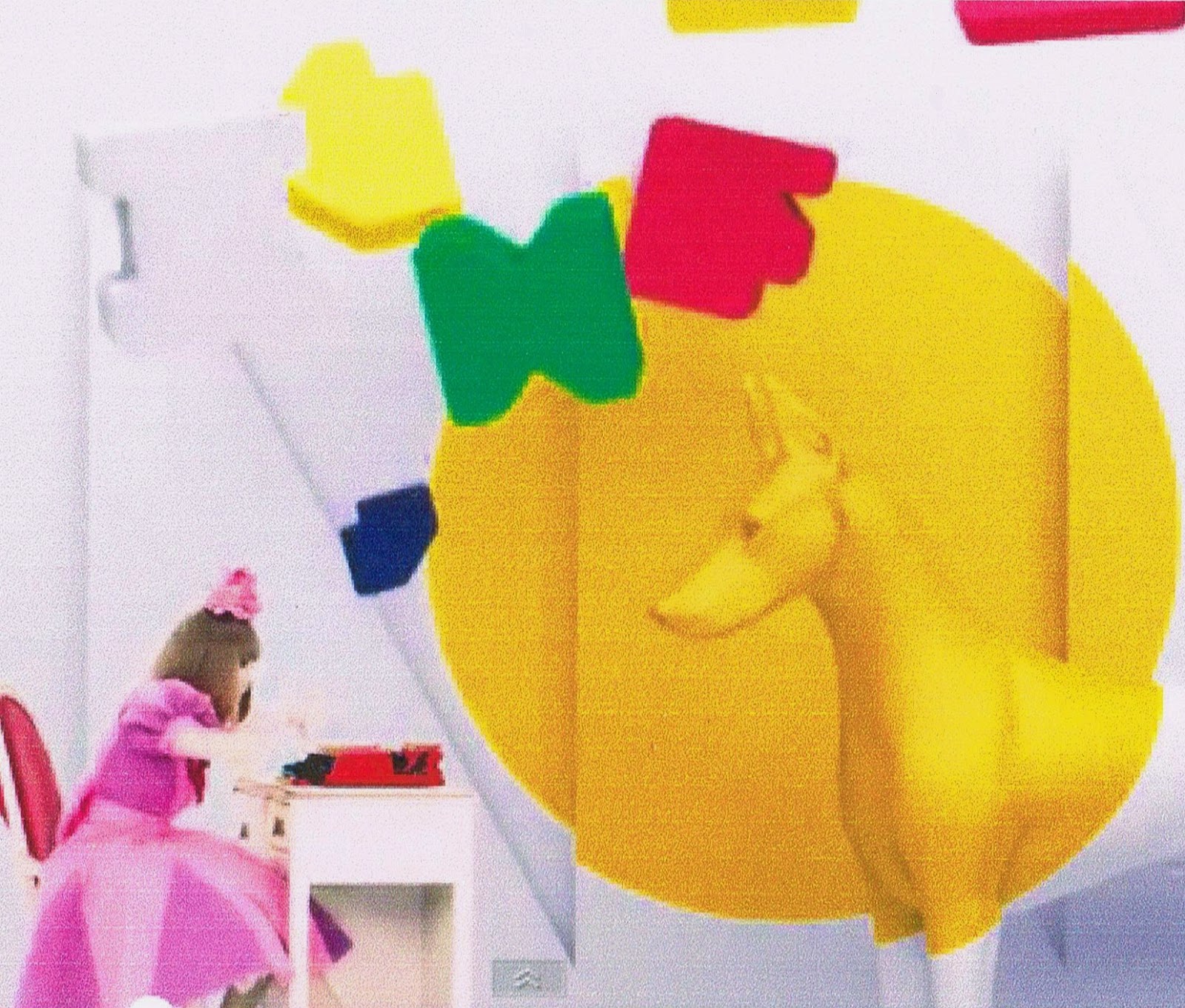 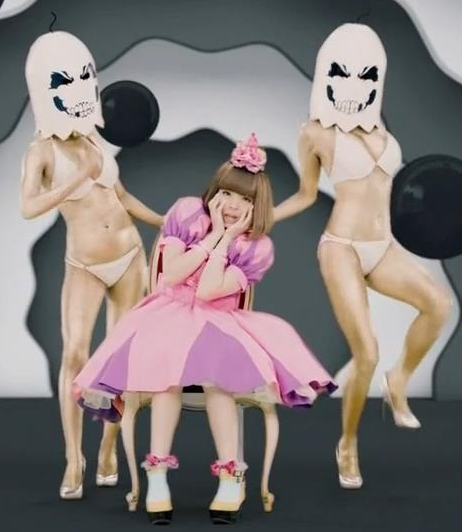 Be warned, the music in this video may not be to every Typospherian's tastes. The visuals might be a bit confronting, too:
Posted by Robert Messenger at 22:56

Oh my goodness - quite a plunge into the unfamiliar waters of a very weird aspect of current culture.

Insufferably cutesy, isn't it? My daughter was into this kind of stuff a couple of years ago but I think she is evolving ...

Didn't mind it, but didn't love it either. Plus I got an ad for "Sexy Online Game" with mine. Is this for kids today with the scantily clad women, et al??
Thanks for taking us out of our comfort zone, we need that once in a while!

We're through the looking glass on this one, people.

It's hard to find a shop in Tokyo that isn't playing one of her hits over the PA. Take away the Melodyne and there might be little left.

Mottai nai means "What a shame." It's about the most sensible line in any of her lyrics.

Thank you Tony, Richard, Donald, Peter and Travelling Type for your comments.
Someone has taken her song Ponponpon, added lyrics as they sound to the English-hearing ear,and put it on YouTube. It's hilarious!
Richard, I did wonder when posting whether your imminently sensible daughter was ever into it.
I think the problem is those who fail to evolve, to grow up and mature out of it.
I know of at least three people, all women, two Australian and one Japanese, who didn't, and are still devotees into their late 20s, mid 30s. One is the owner of the Hello Kitty typewriter!