Populaire: One Absolute Ripper of a Typewriter Movie 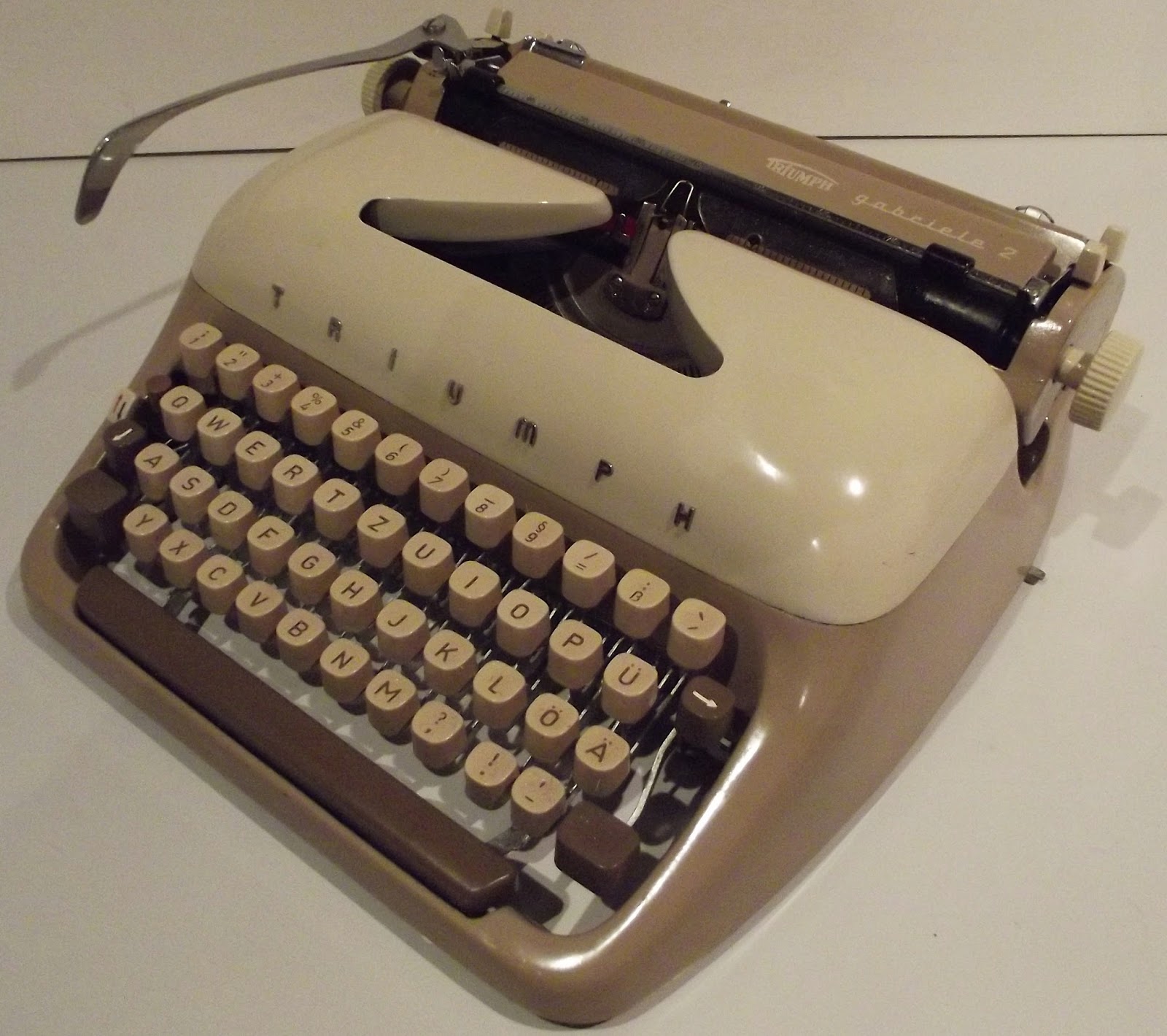 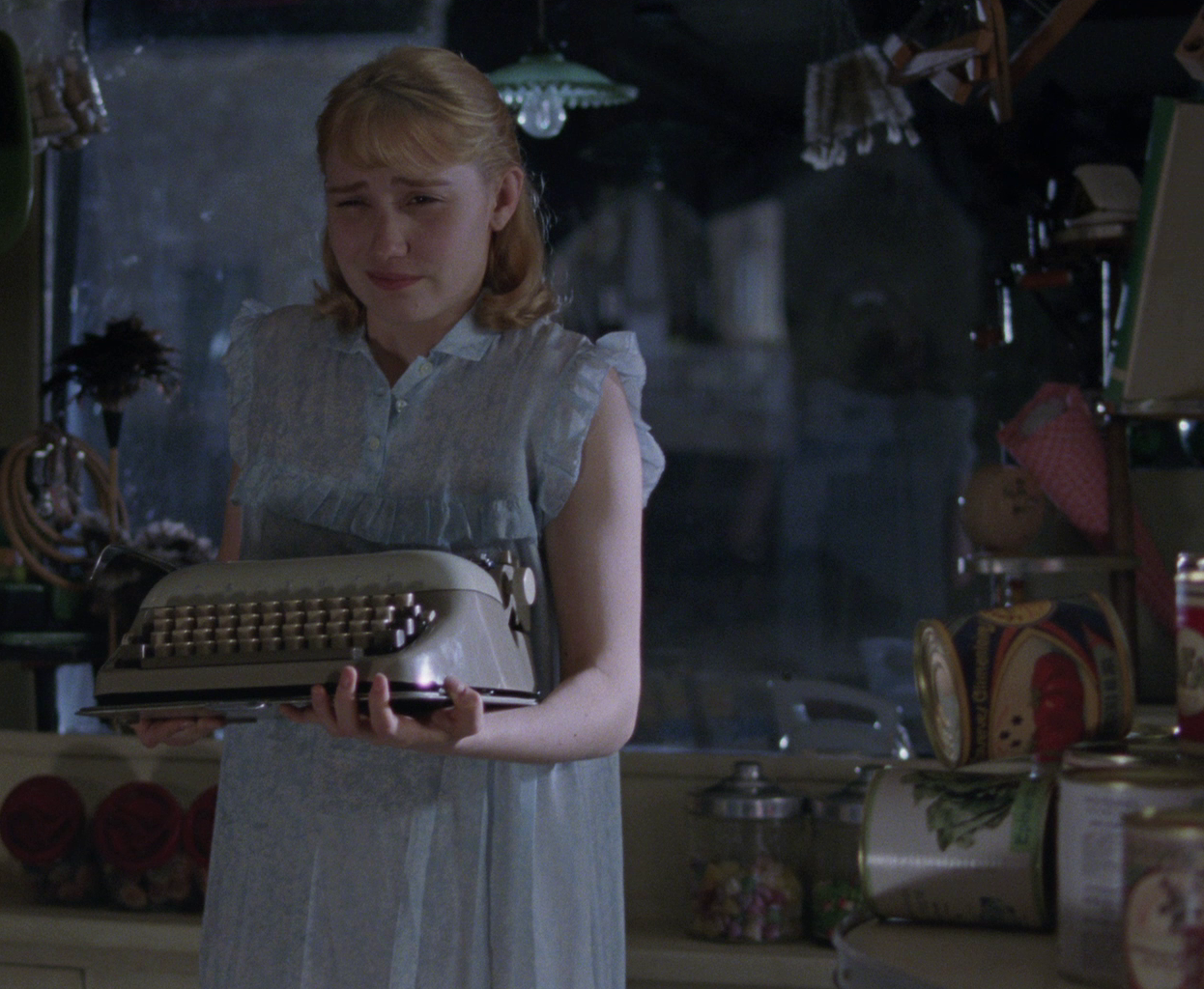 Well, after 17 months of patiently waiting, I finally got to see Populaire, at the Palace Electric in Acton this evening. And what a fantastic experience! I just loved it. Anyone who is even vaguely interested in typewriters would do, I have no doubt about that. 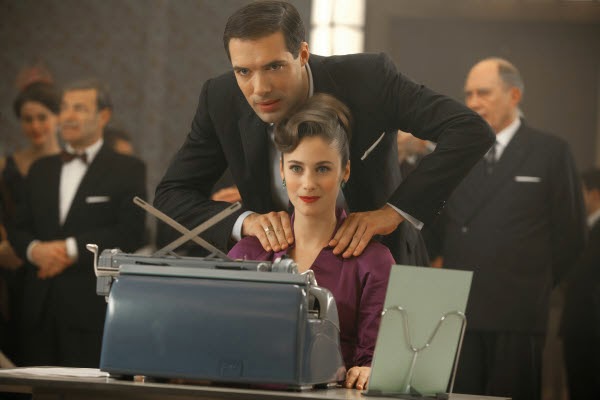 Fickle Japy guys tickle the neck of defending French champ Annie Leprince Ringuet (Mélanie Bernier)
I don't want to spoil it for anyone who hasn't seen it yet, but from a purely typewriting point of view, I thought it really only left the realms of the plausible (at a stretch) toward the end, when typist Rose Pamphyle (Déborah François) predictably gives the Japy guys the elbow. (Portable versus standard? I think perhaps not.) And Underwood gets first shot at the golfball?
Until then, I was completely taken in by it all (though of course, for the sake of the enjoyment of it, I had allowed myself to be so). I thought the filmmakers had done their homework rather well. Whether a Japy would in reality beat a Hermes Ambassador (or an Underwood Touchmaster, for that matter) is by the by. 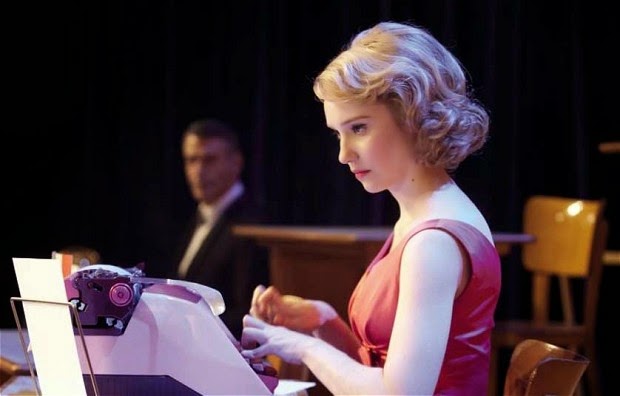 Is speed typing sport? The Internet Movie Data Base entry for Populaire suggests so (Rose definitely trains like an Olympic athlete), but a French TV reporter who scoffs at the notion in the movie itself gets a carriage in the groin for his trouble. Ouch! 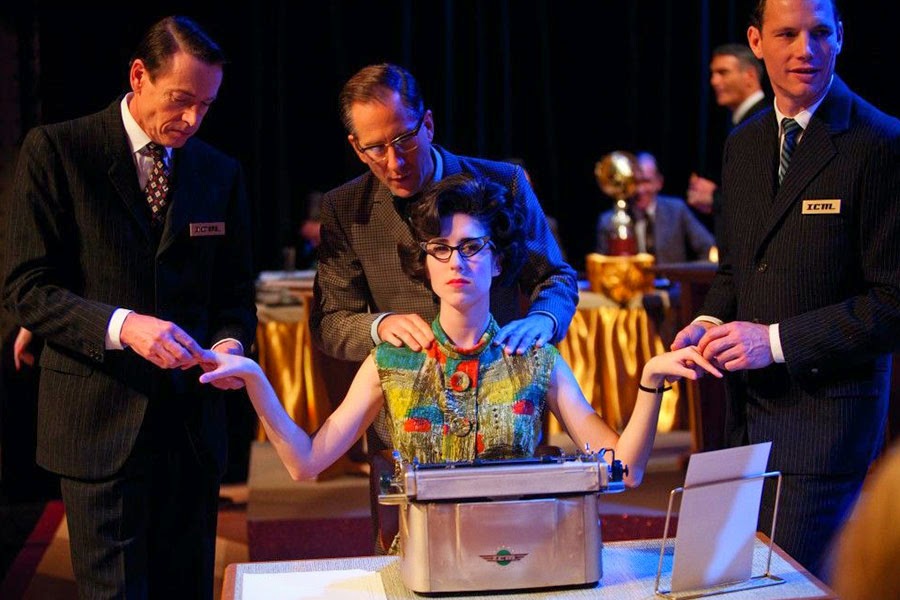 "Until now, I thought the French were only good at cooking," hissed Sara Haskell as defending US world champion Susan Hunter on an Underwood Touchmaster.
Way back at the start of production, I was approached about supplying images of typewriting speed contest posters from the period. Of course, there were none to be had, since such competitions had pretty much died off before World War II. The filmmakers told me they were particularly interested in this 1888 Remington advert which had appeared on my blog, and wondered if there was anything like it from an era 70 years on. In the end they came up with their own 1958-59 version of it, with a silhouetted typist on a competition pamphlet: 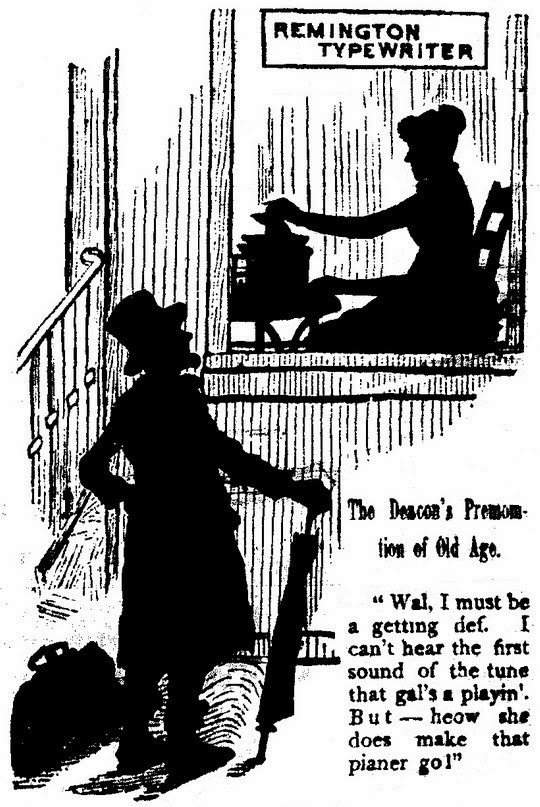 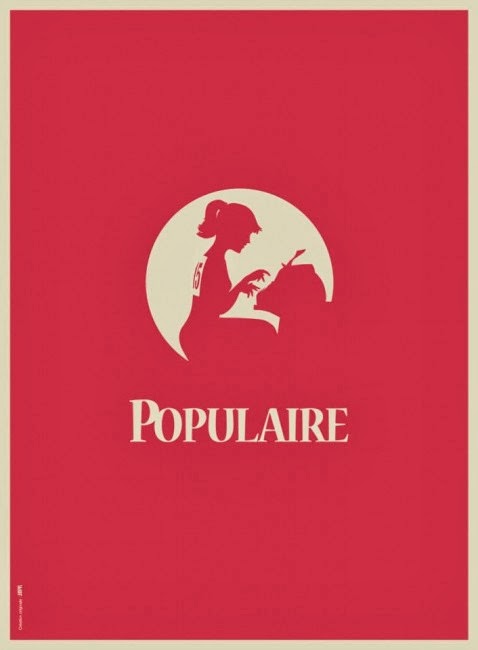 Richard Polt recalled smiling all the way through the movie when he saw it in London last year, and this most certainly is one fun film. I think I'm going to have to go back and watch it all again. Maybe, knowing how it turns out, I'll relax a little more the next time, not catch myself faultspotting so much, and enjoy it to an even greater extent (if that's possible).
Two things struck me: Unless there was some very clever finger-doubling going on that I didn't spot, I thought it rather remarkable that François could type so quickly both two-fingered and when touch typing. Also, she seemed rather superhuman in carrying around that Ambassador - something I struggle to do! Whichever way you look at it, it's a very impressive acting performance. 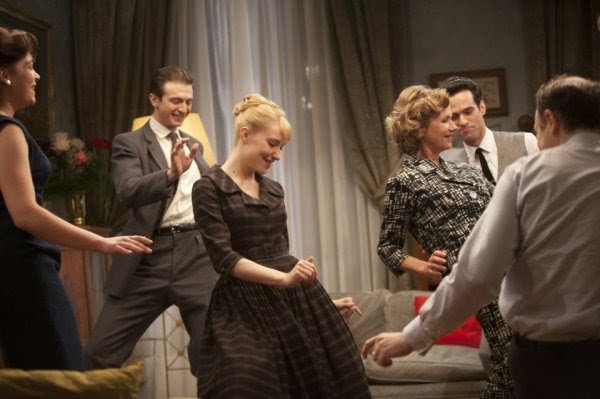 Posted by Robert Messenger at 00:08

It is really great fun, isn't it? Thanks for the musical insights.

One movie I'd like to see, but living in Florida I will need to wait until I can stream it or find it on DVD, any other way means too much travel at too great of an expense.

Can't wait to see it later this month!

Great film. I loved the character of defending French champ Annie Leprince Ringuet. Second only to the American friend's wife.

I watched this film recently on tv.
What a delight.
A thoroughly engaging film with a lovely storyline. So evocative of the period, too.
It's not often I catch a film this good!