It All Began in Cincinnati!

On October 18, 1913, the Chicago White Sox and the New York Giants started their massive, crusading world baseball tour at Redland Field on the corner of Findlay Street and Western Avenue in Cincinnati. 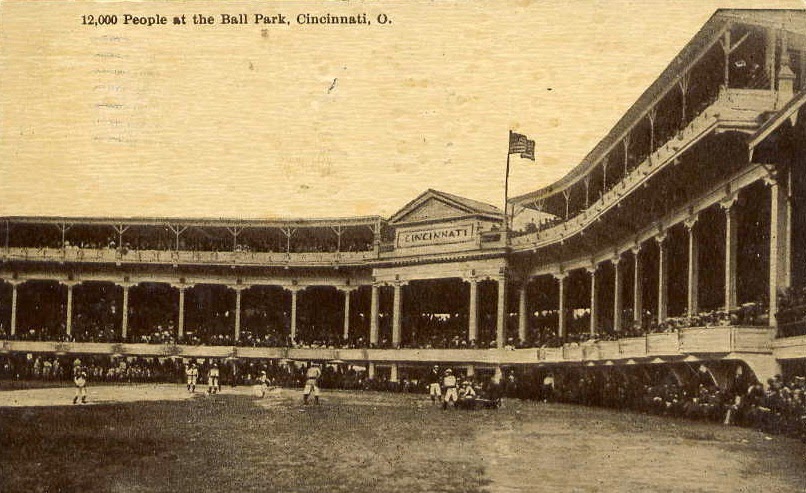 Typewriters in Cincinnati newspaper offices had been cranking up publicity for the game for a week in advance. But in the end it was a bit of a washout in front of just 5000 spectators. The Giants won 11-2. 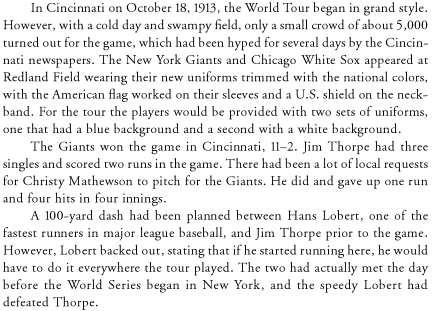 *Jim Thorpe had won both the decathlon and the pentathlon at the Stockholm Olympic Games the year before, but had his gold medals taken off him because he had already played (and been paid for playing) minor league baseball. 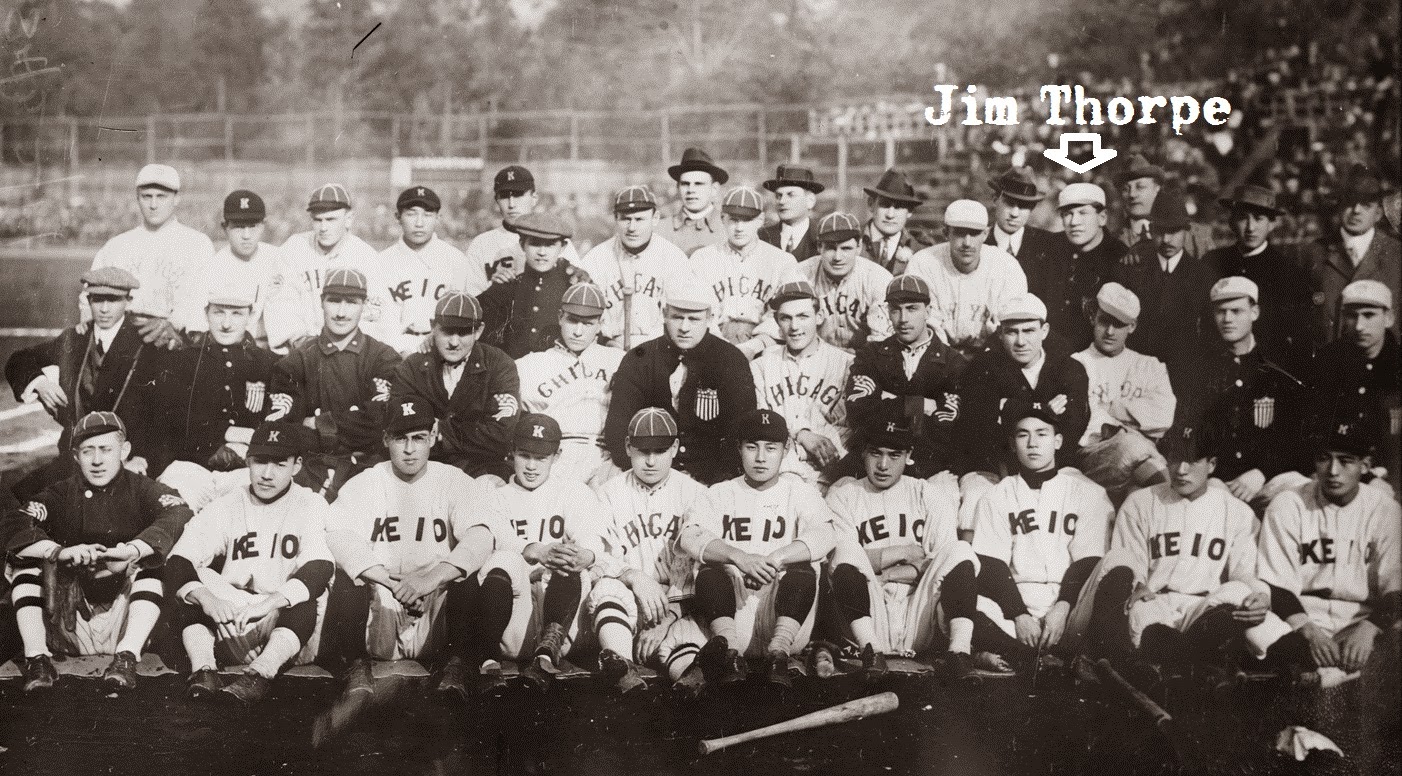 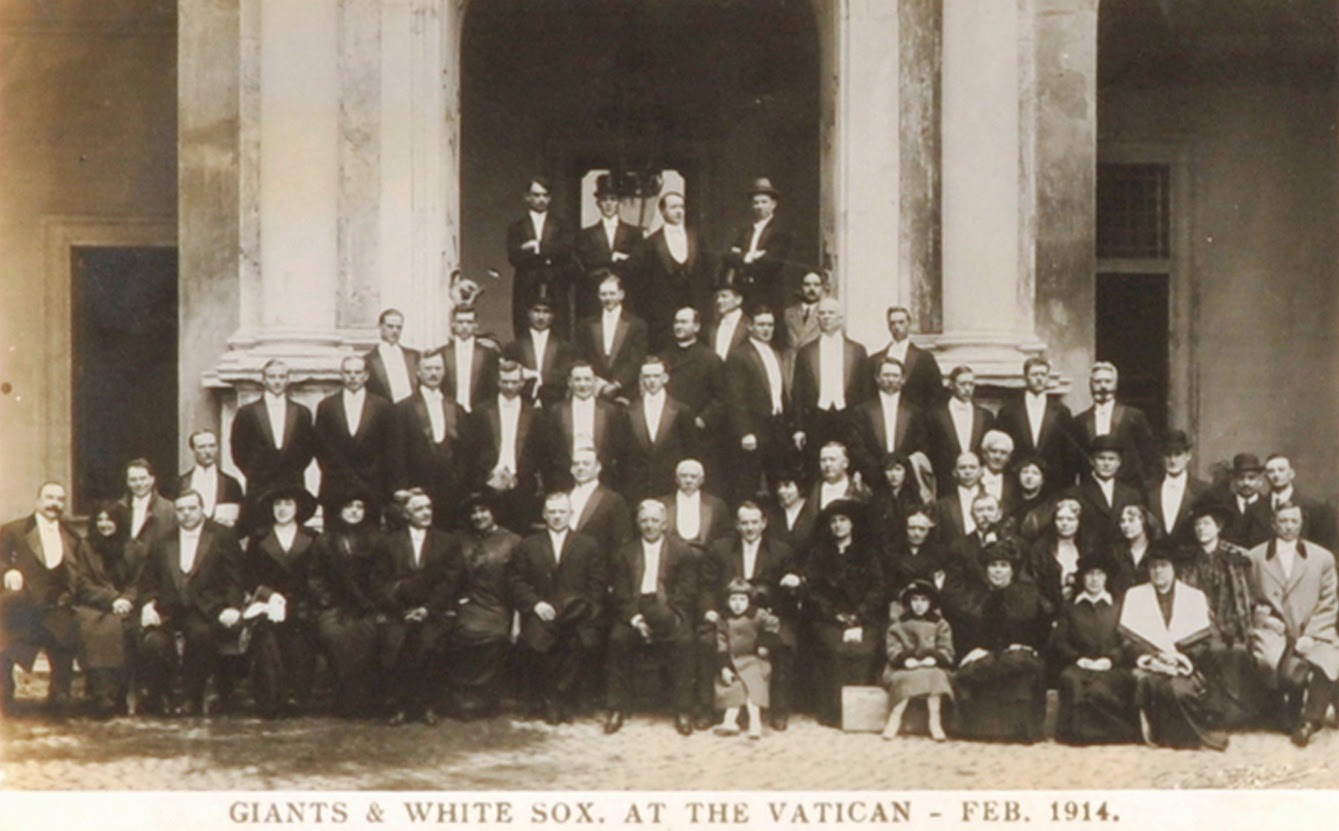 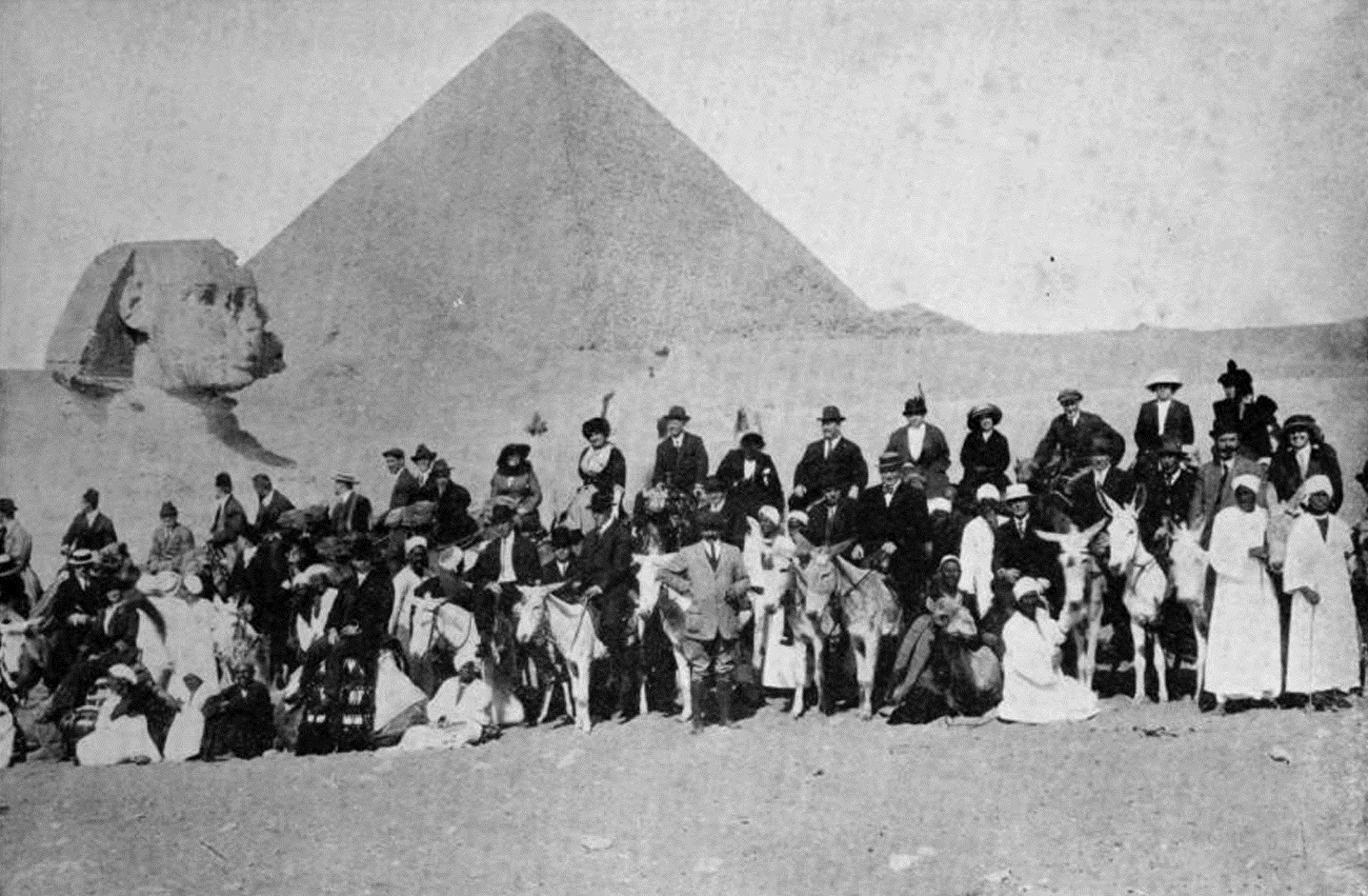 The two teams at Giza
In Sydney, the White Sox won 5-4 at the Sydney Cricket Ground. See the full world tour story here. A PDF of a book about the tour (there's a section on Australian politeness!) can be downloaded here.
Now, almost exactly 100 years later, the US Major League Baseball season will open with the Los Angeles Dodgers meeting the Arizona Diamondbacks on Saturday and Sunday at the Sydney Cricket Ground. 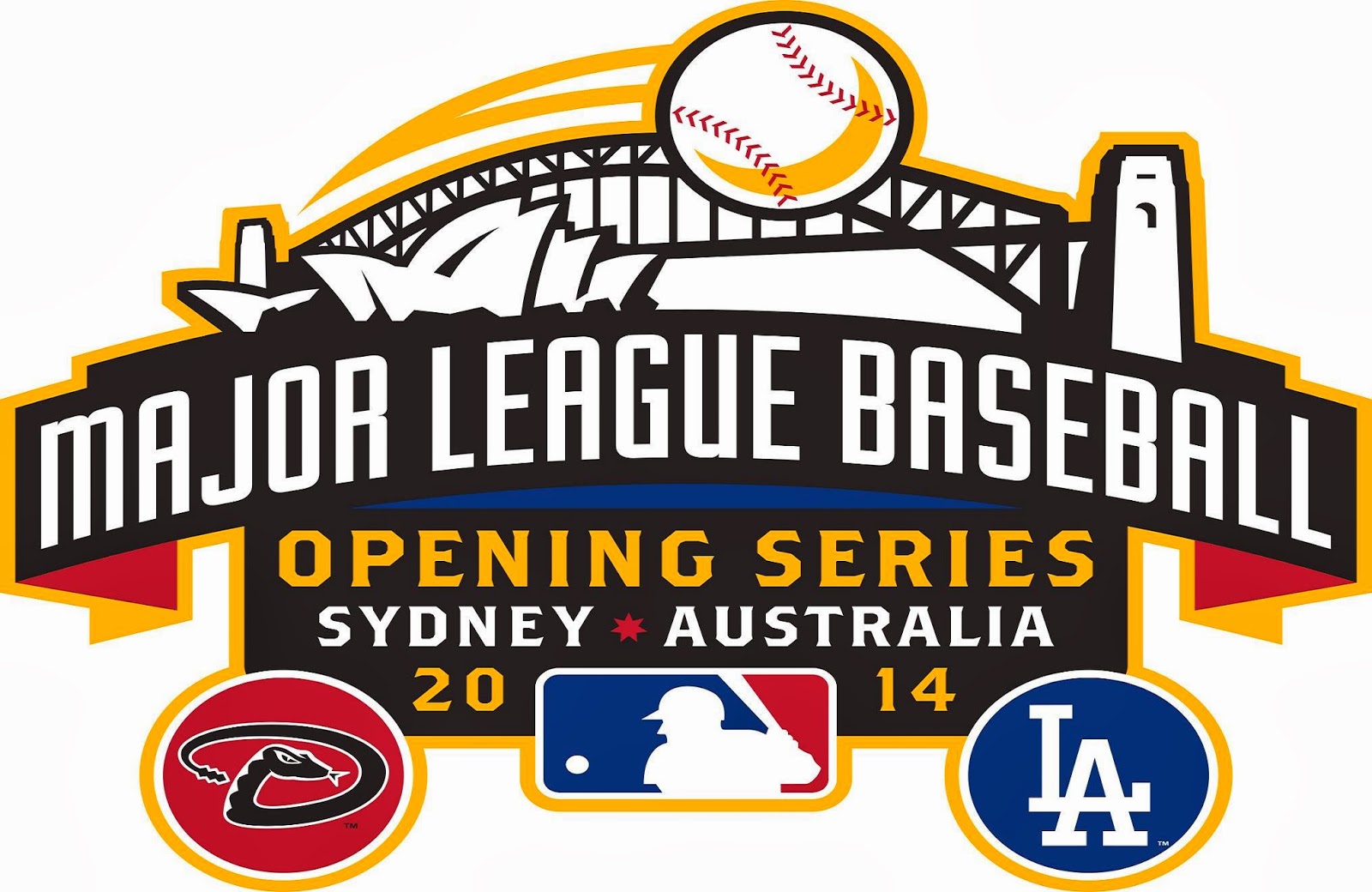 With the Sydney Cricket Ground being completely converted to a baseball field, there has been an unexpected bonus for my home city of Canberra, because the New South Wales-Western Australian Sheffield Shield cricket final will be played at Manuka Oval here. Under normal circumstances, of course, it would have been played at the Sydney Cricket Ground. So thank you for that gift, Major League Baseball!
(* The Sheffield Shield final is our "World Series". The Australian Capital Territory [that is, Canberra] does not have a cricket team strong enough to play in the shield competition, let alone make a final, so getting the chance to host a final is "just marvellous", as Richie Benaud would say.) 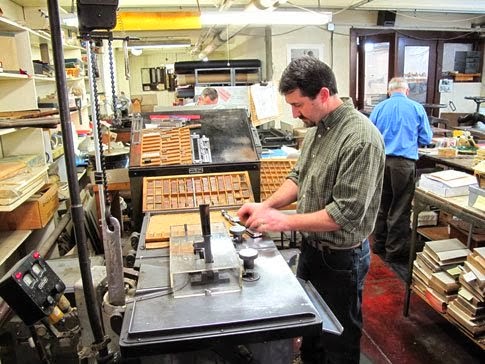 Mike Fallon at the Ludlow machine at the Ohio Book Shop, Cincinnati.
Oddly enough, I was discussing this 2014 MLB venture to Australia with Mike Fallon, son of owner James Fallon, at the Ohio Book Shop in Cincinnati when I stayed with Richard Polt in Cincinnati last October.
Mike was asking me about American sports being played in Australia. Little did I know at the time that two of the most famous Major League Baseball clubs had played at the SCG as far back as 1914! 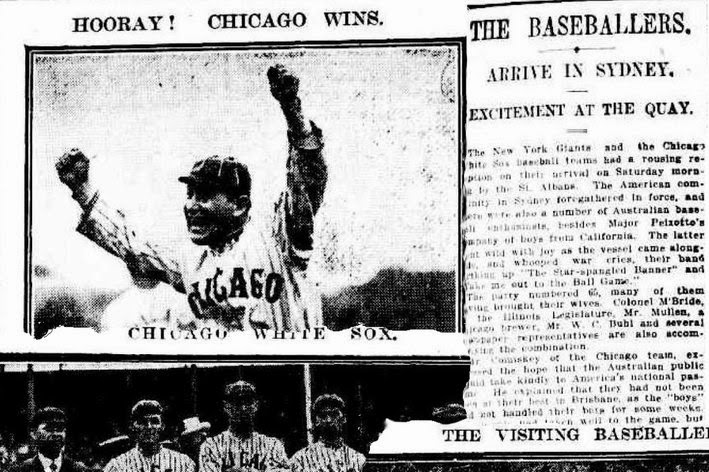 It hasn't been mentioned, as far as I can see, in the huge publicity campaign for this weekend's Dodgers-Diamondbacks games, that one of the star players who came here with the New York Giants in 1914 was the legendary all-rounder Jim Thorpe, widely regarded as the greatest sportsman who ever lived. 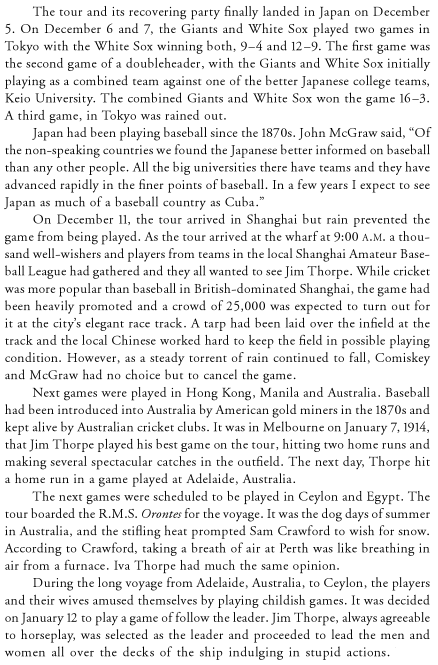 Actually, the Chicago White Sox (or "Stockings" as they were called back then) first played in Australia on December 15, 1889, against Spalding's All-Americans, also at the SCG: 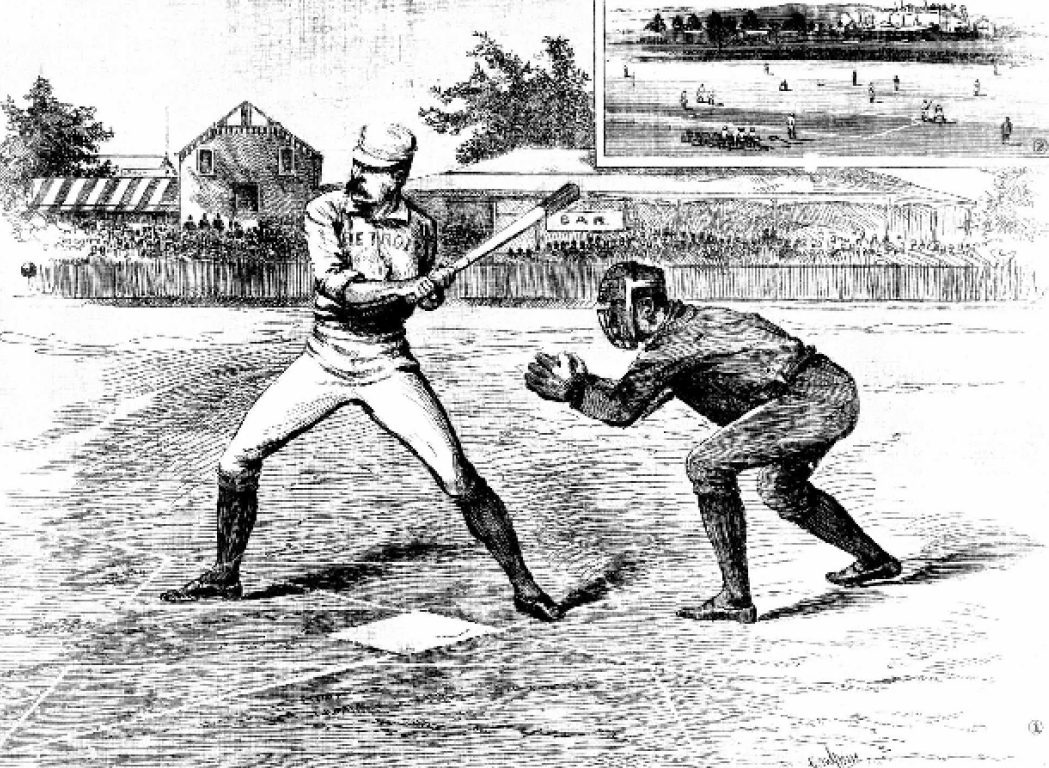 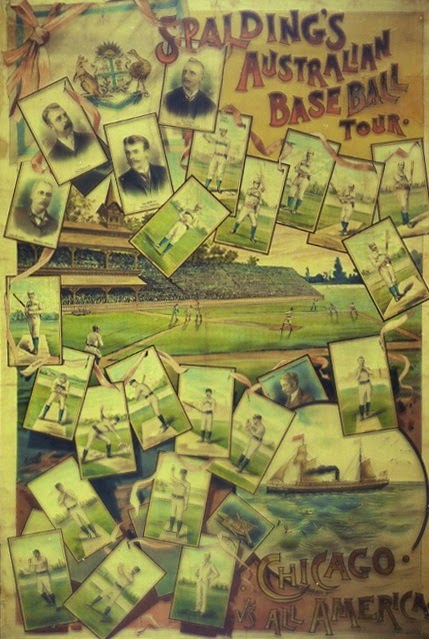 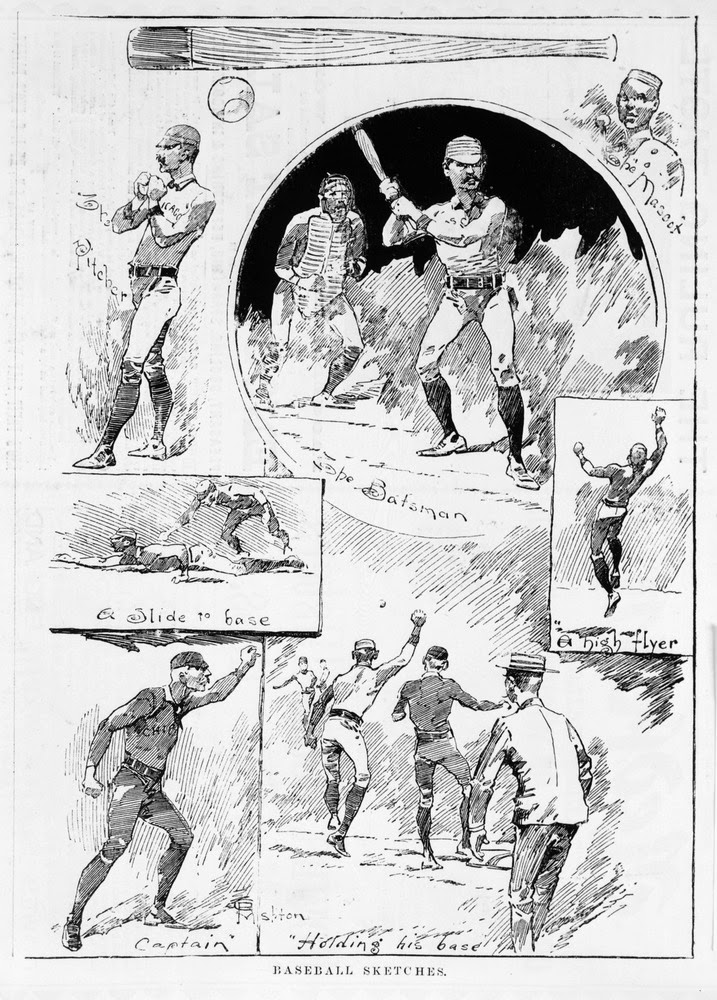 Anyway, here's your ticket for the weekend:

Posted by Robert Messenger at 15:58