'C'est la Vie' Say the Old Folks, It Goes to Show You Never Can Tell 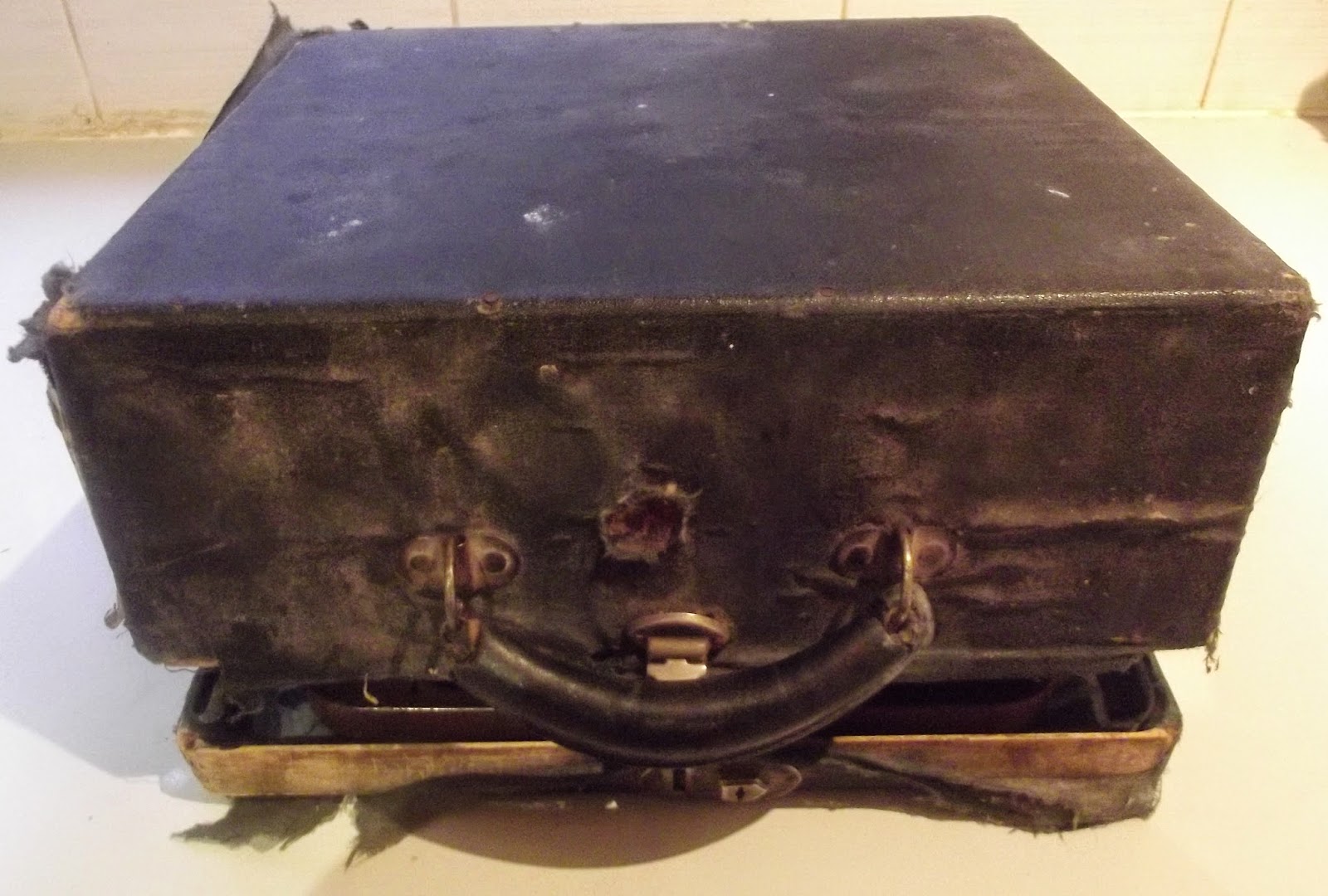 Doesn't look too promising, does it? Not exactly a teenage wedding! 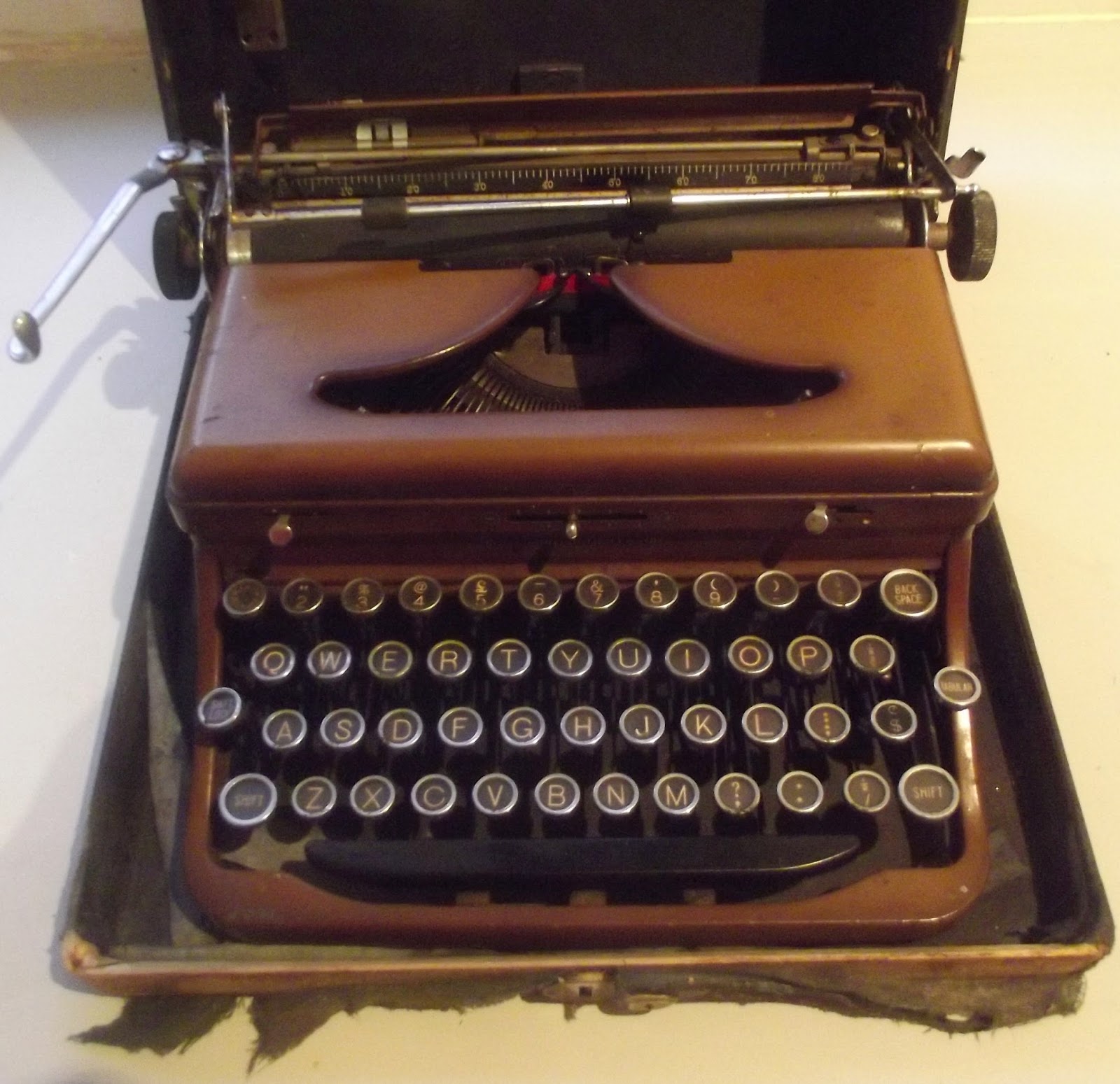 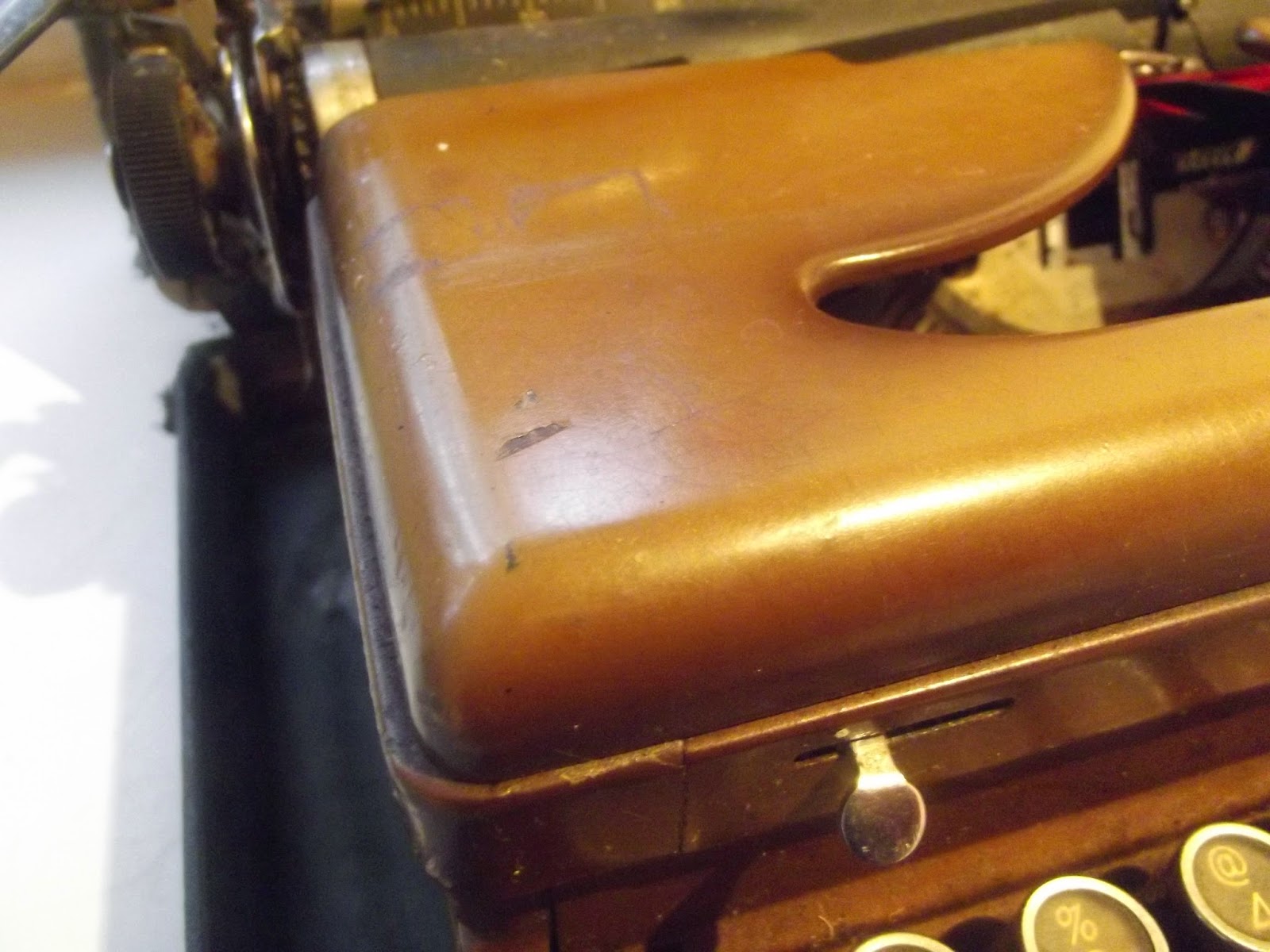 When I included this Royal portable in a photo of the 'booty' of 25 typewriters that lobbed at my front gate some weeks ago, a few followers commented that it looked interesting. I didn't like to disillusion them. I didn't hold out much hope for it. And I told John Lavery as much. "You never know," consoled John. "It might polish up OK."
But now ...
It goes to show you never can tell: 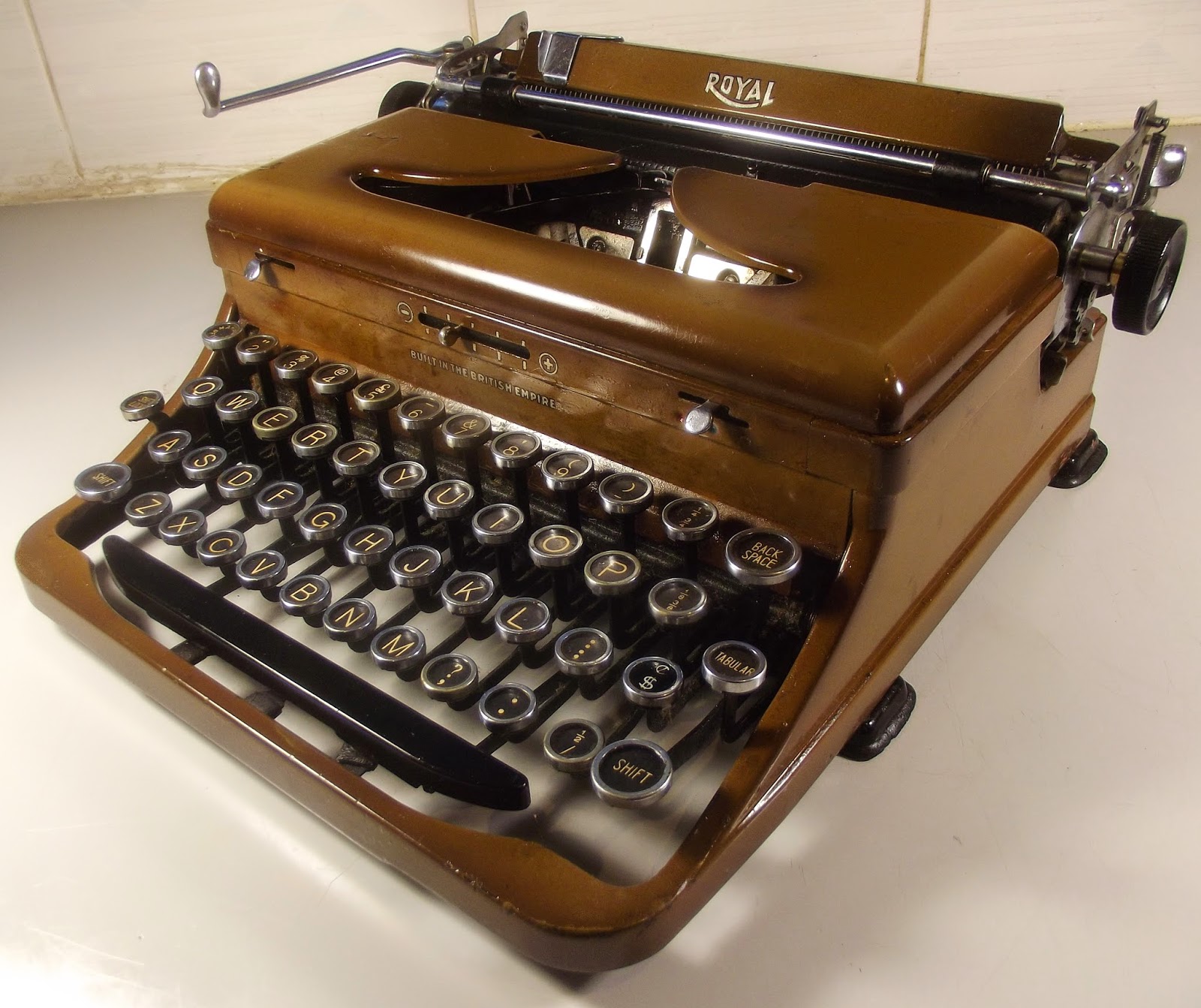 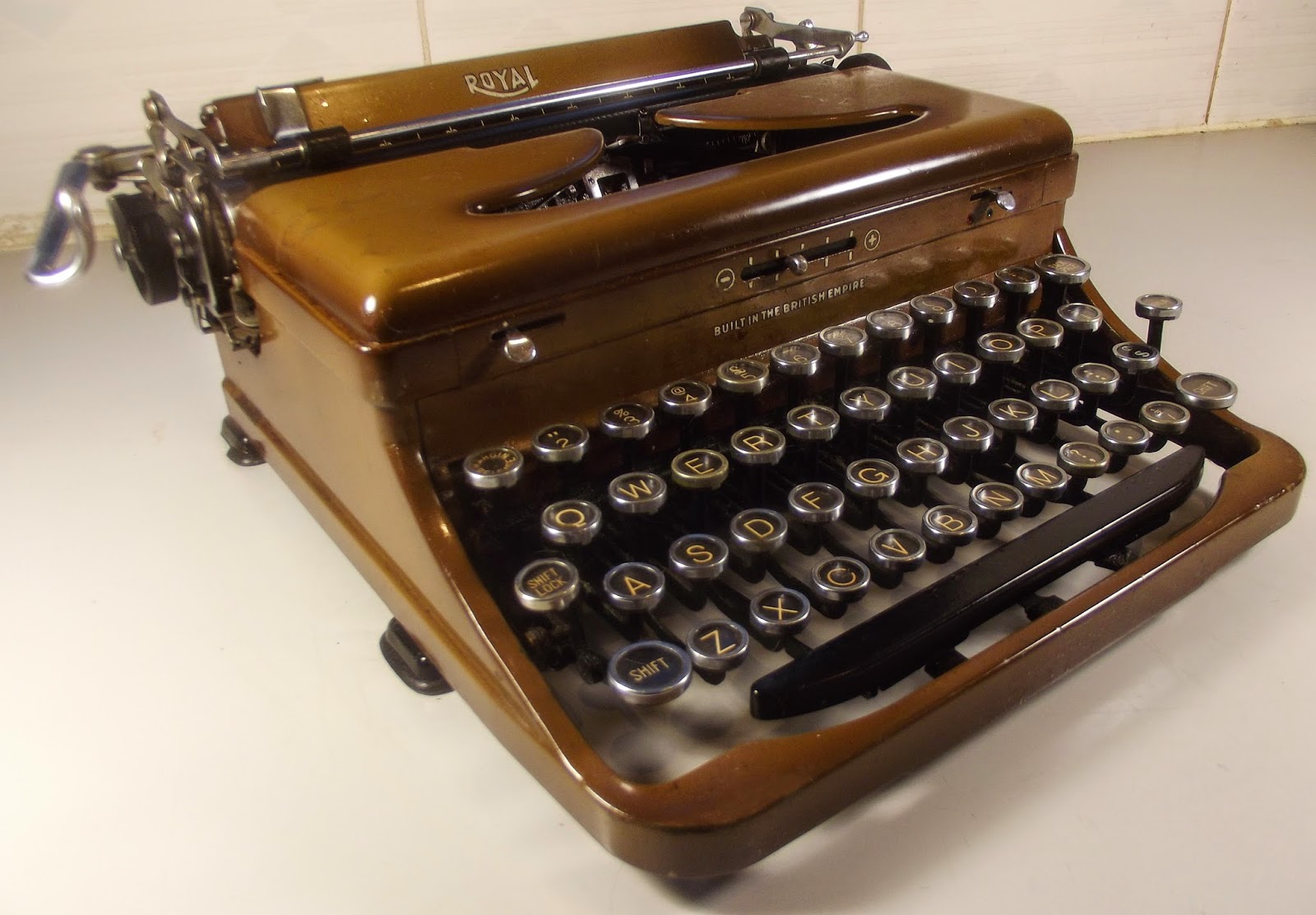 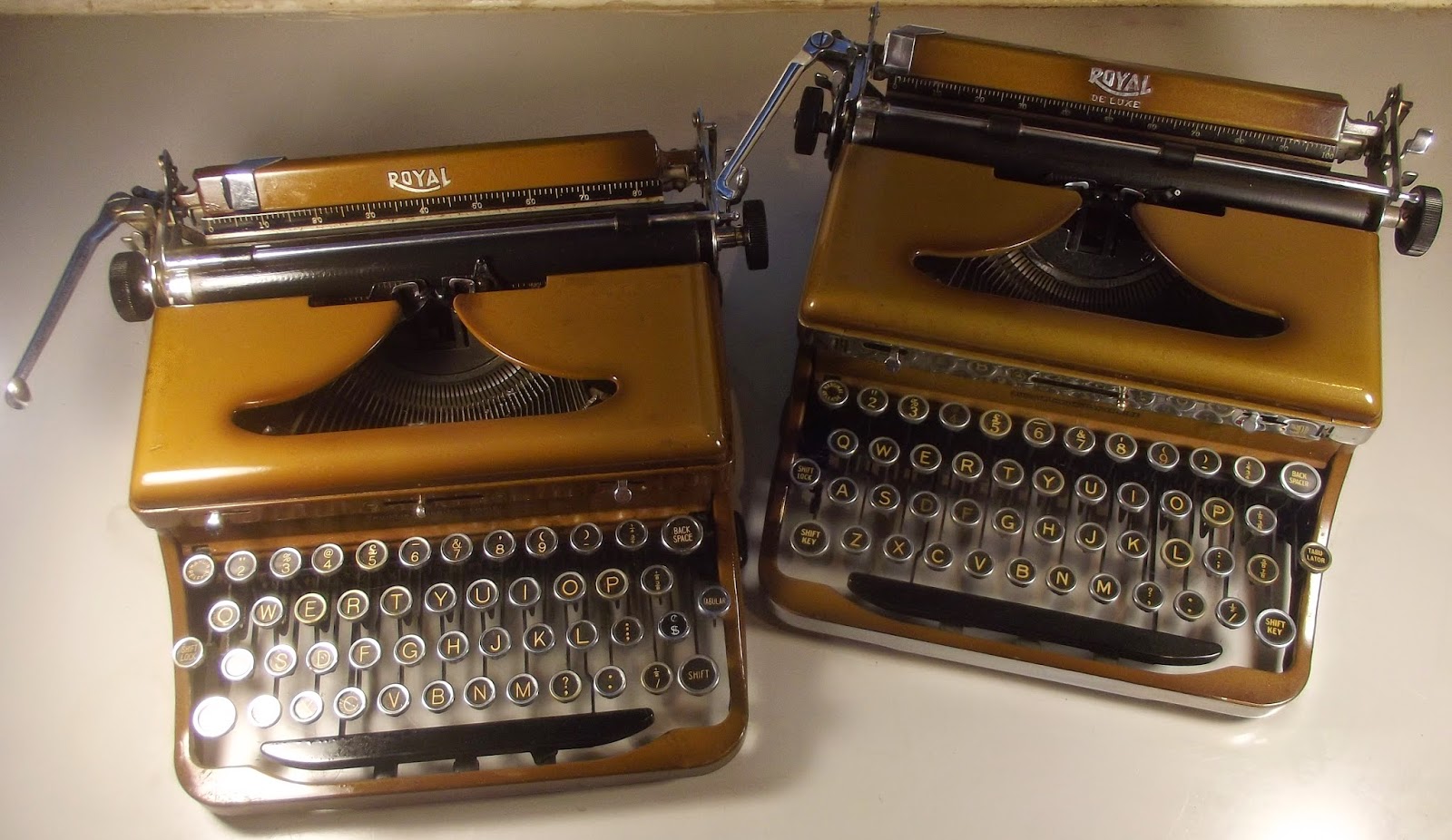 You could see that Pierre did truly love the mademoiselle.
(Well, they were both made in Montreal) 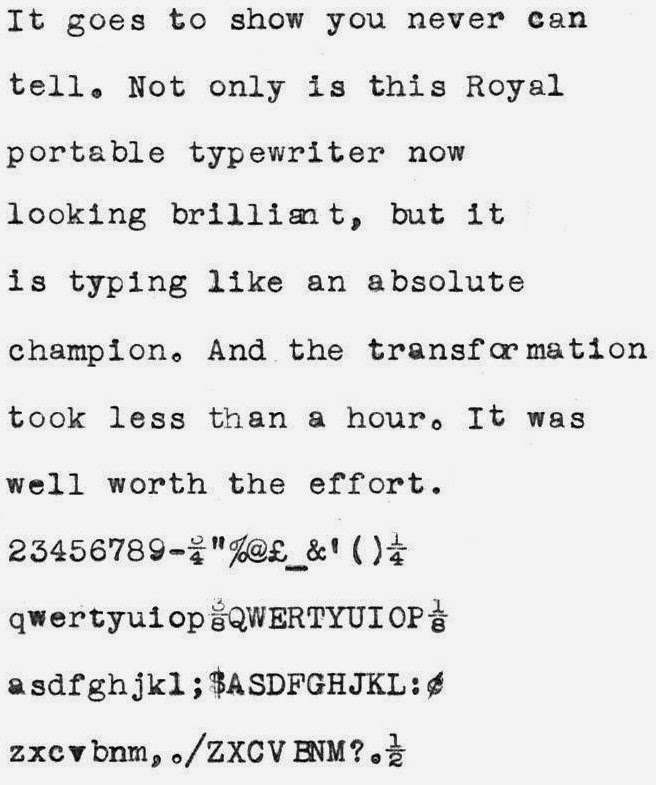 They bought a beat-up jitney, 'twas a creamy brown '53.
(What the hell is a jitney?) 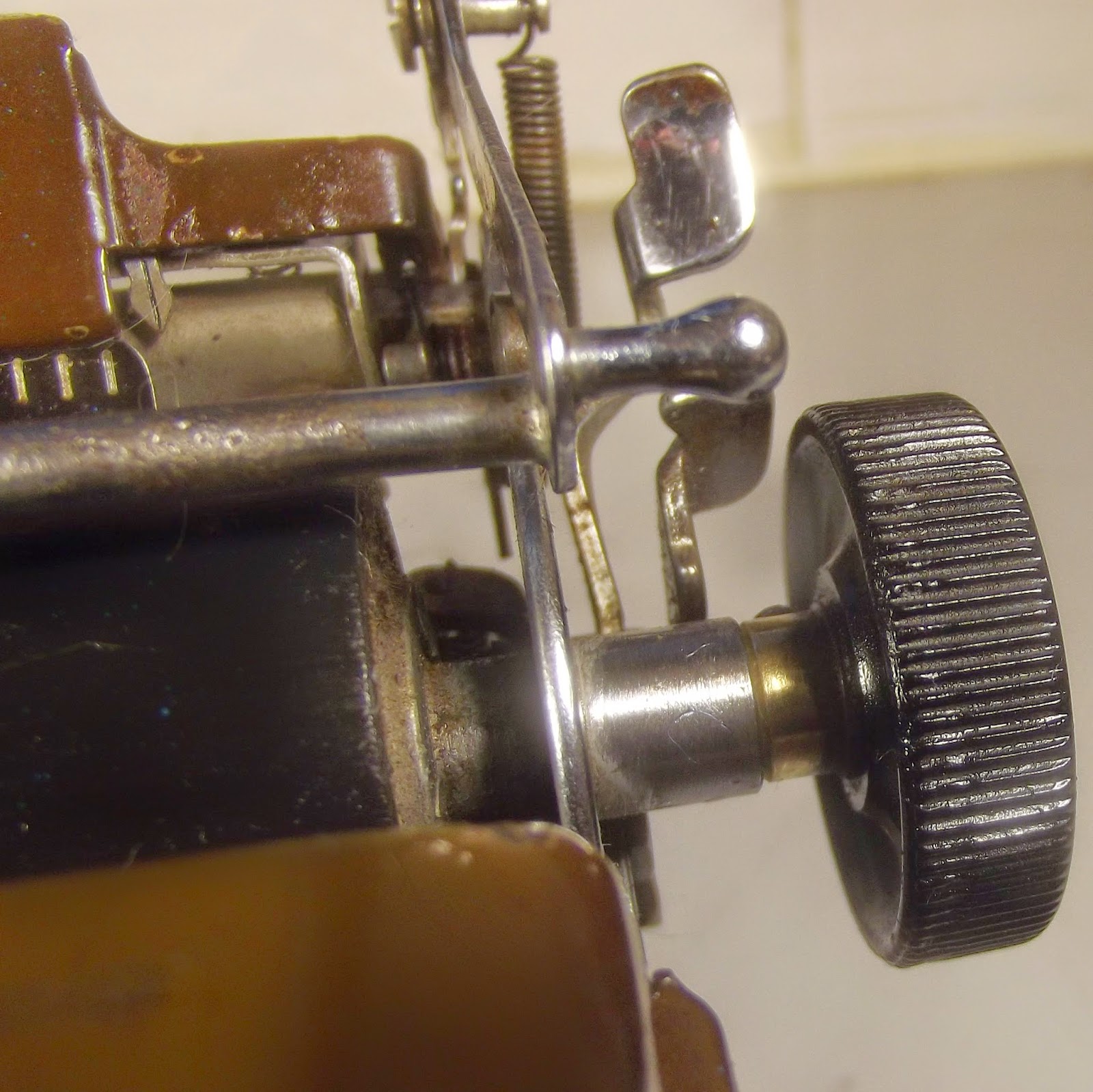 I think that when doing a clean-up job such as this, it is worth going the extra yard. For example, taking off the platen knobs and shining up the metal around them, including the screws. Also the rims around the keytops. There's not a lot one can do about paint chips, but these little things do make a difference, I believe. 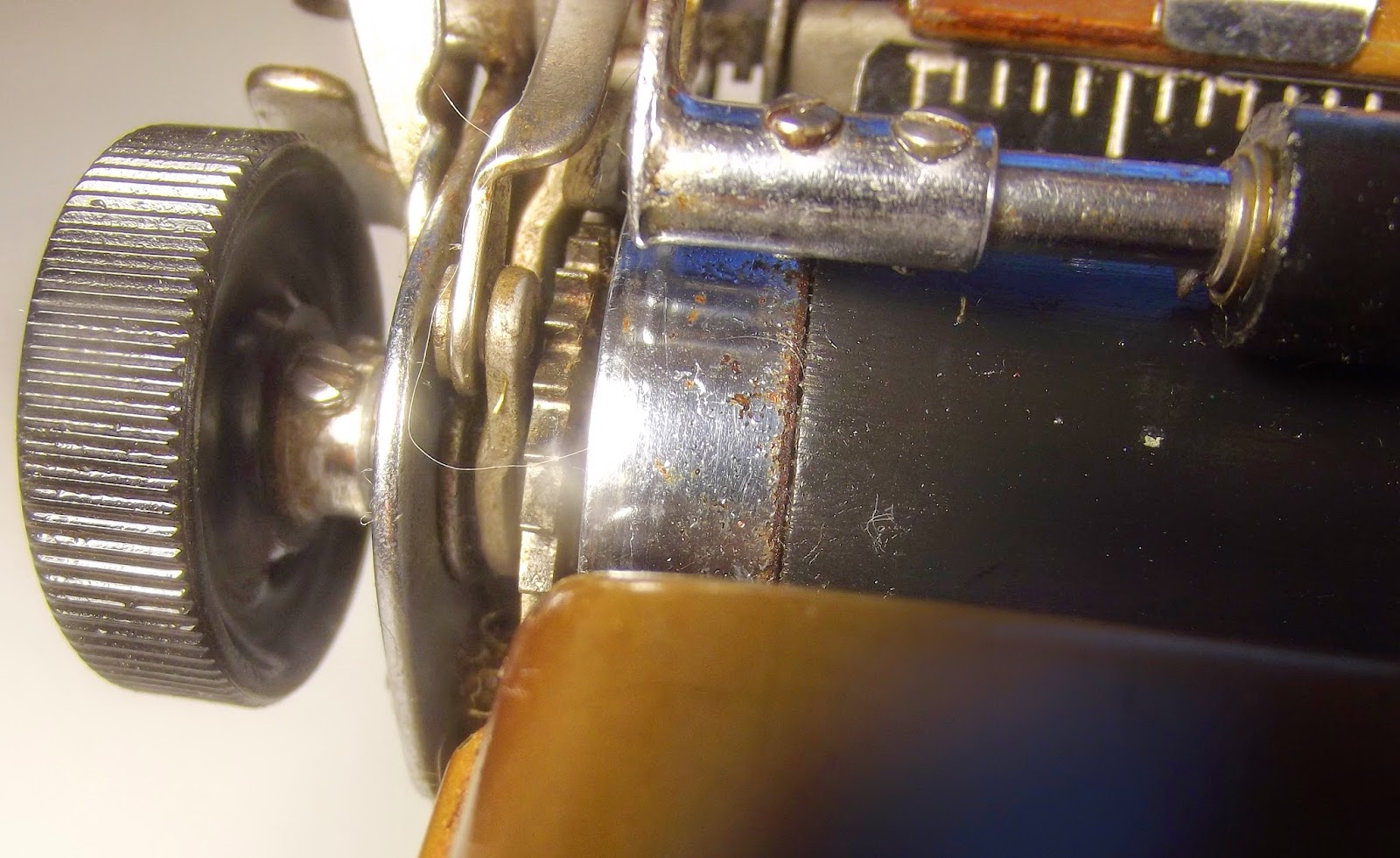 Gee, there's nothing like warming the hands, and heart, and lifting the spirits on a dark, damp, freezing day - by tidying up some on old typewriters. It's either that or going around the twist:
Posted by Robert Messenger at 21:10

Sweet! The paint has a very nice, mellow, blended look.

I love when the time and work you put in pays off and the results exceed expectations likely originally grim. She looks beautiful!

I agree. Even if there's major trauma you just can't resolve, if you clean the details, dust the springs and put a shine on the key tops it makes the world of difference.

By gee I'm a fan of those Royals! Very nice elbow grease to success story right there.

On the group photo of the 25 it looked good. Cleaned up close it really is a spectacular machine!

(And they even made this color in the deluxe version as well. Really beautiful machines.)

Oh, and that case is a candidate for getting re-covered in new leatherette (dark brown?) if ever there was one :-)