Lord Who Stooped to Conquer the Typewriter World, and Fell Face First 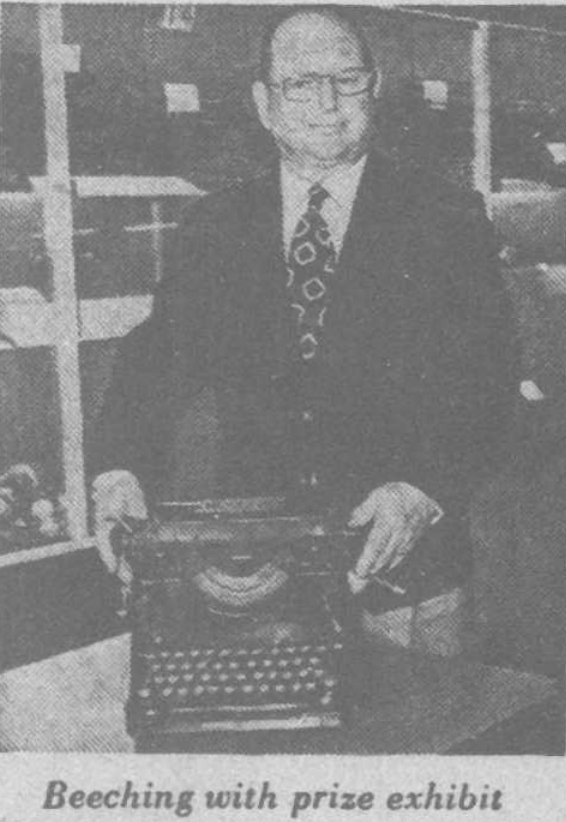 Wilf Beeching with his Conqueror typewriter,
from The Daily Telegraph, London, August 27, 1974.
On this day in 1981, the late George Henry Hubert Lascelles, the 7th Earl of Harewood and the British Queen’s cousin, recorded for the British Broadcasting Corporation his contribution to its “Desert Island Disc” series of interviews, to be played on New Year’s Day 1982. Asked by presenter Roy Plomley to name the one luxury item he would take as a castaway, Lascelles answered “a typewriter”. He was duly promised a table, reams of paper and lots of Tippex, the last of which probably wouldn’t have done his typewriter much good. Sadly, George neglected to mention anything about his father, Henry Lascelles, in relation to typewriters. 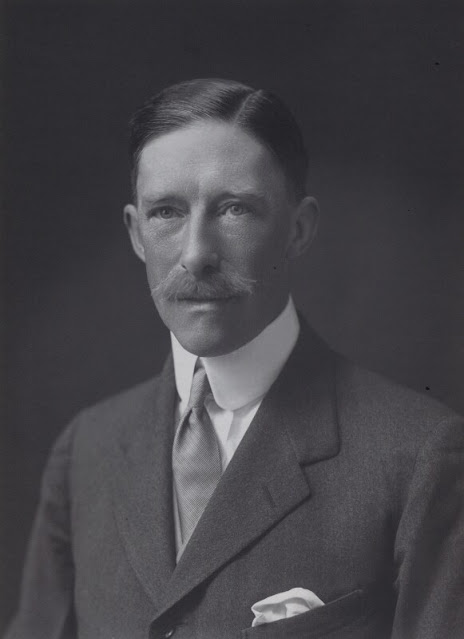 Henry Lascelles, founder, chairman and major investor in
the Conqueror Typewriter Manufacturing Company.
Viscount Lascelles had, between 1919-22, squandered £300,000 ($US18.3 million in today’s money) of his vast inheritance building a typewriter factory on Wakefield Road at Stourton, an industrial area near Hunslet, two miles outside the city of Leeds in West Yorkshire, England. Sadly for the then struggling British typewriter industry – what there was of it – on February 28, 1922, Viscount Lascelles put love before typewriters and married Princess Mary, the only daughter of King George V and Queen Mary, at Westminster Abbey. 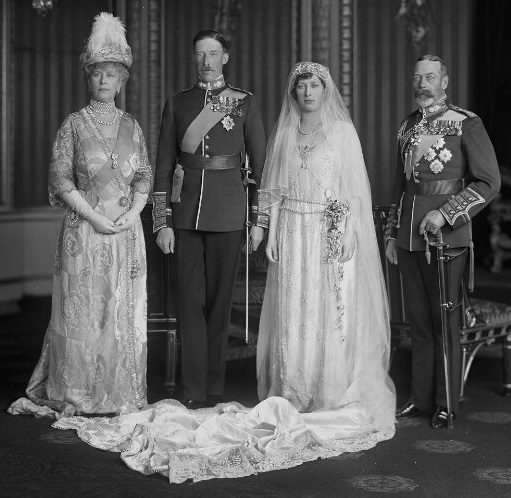 Meet the Mockers: Lascelles and bride, the Princess Royal,
with his new in-laws, Britain's queen and king.
No sooner had he done so than King George told his new son-in-law that being directly involved in the grimy business of making machines for commercial benefit was not the done thing for a member of the British Royal Family. So Lascelles withdrew his financial backing and directorship from the Stourton enterprise and the Conqueror Typewriter Manufacturing Company promptly collapsed. It had produced at least one machine, but sold none. It had been established in early October 1919, had built a plant (which was stuffed to the gills with the very latest and most expensive typewriter-making machinery and tools), employed workers from the end of July 1920, and started operations in August 1921. But in the end the only other thing it had to show for this enormous outlay and 2½ years of existence was a works amateur soccer team, which continued playing in Leeds and Yorkshire minor competitions until February 1922. 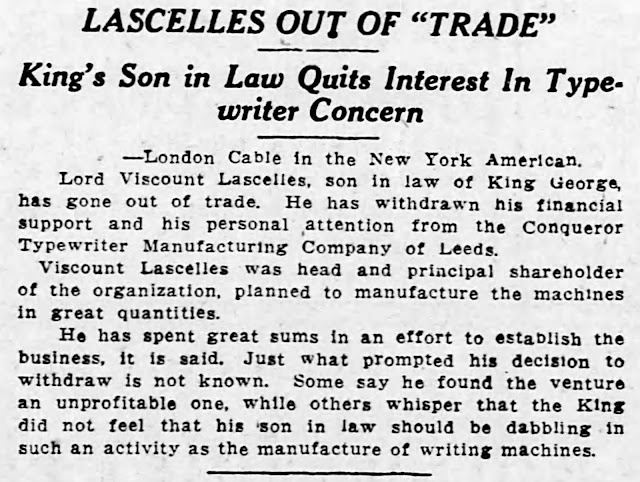 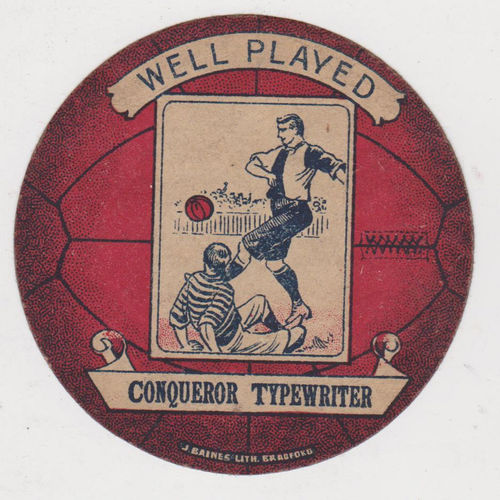 Maybe the typewriter fiasco had become a dark family secret, and George, who was born three weeks before his parent’s first wedding anniversary (becoming the then 6th in the line of succession to the British throne), and more than seven months after the typewriter factory equipment was sold off, might not have known anything about it. Perhaps he didn’t read London’s Daily Telegraph (no doubt being a Times may himself), in which on August 24, 1974, a “Conned by QWERTY” item appeared in the London By Day column. In it was a photograph of one Wilfred Beeching, noted British typewriter collector, historian and author, holding what was claimed to be the only Conqueror ever made. Beeching called it his “million pound typewriter” – and one million pounds sterling in 1974 would fetch $US14.2 million today. But Beeching was basing this figure on what he estimated it had cost to build. And he was actually under-estimating! Lascelles’s £300,000 investment in 1920 would have been worth £1.287 million in 1974. 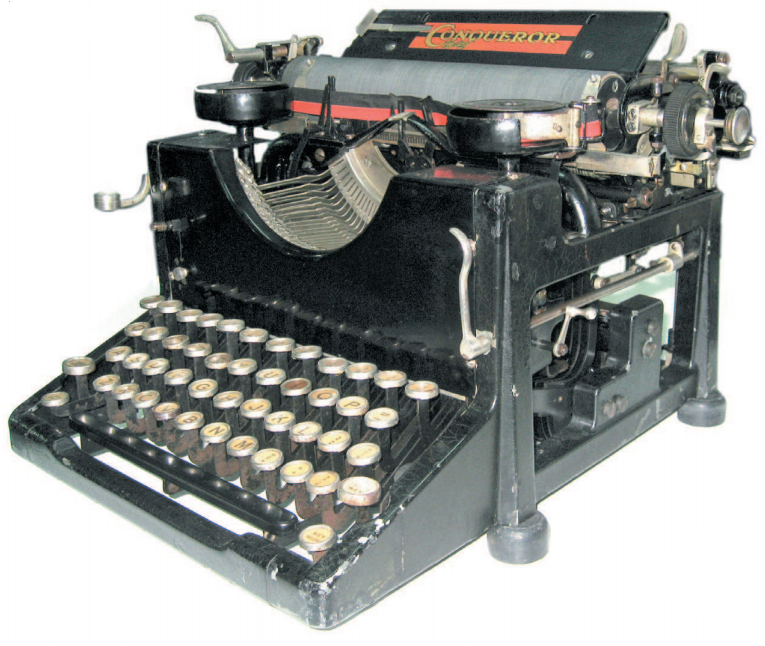 Image from the front cover of ETCetera magazine No 78, June 2007.
As for the real value of Beeching’s Conqueror, a very high price tag might well have been justified if it was indeed, as he said, the only one in existence.  ETCetera magazine has in 2007 (No 78) and 2011 (No 96) mentioned a Conqueror in the Sirvent collection in Vigo, Spain, without indicating whether this is the same Conqueror Beeching once owned. The one in the Sirvent collection was described as “essentially a reproduction of the Stoewer Record, but of much lower quality”. Then ETCetera editor Richard Polt remarked in June 2007 (when the Conqueror was on the magazine’s cover), “Not exactly a tribute to ‘all-British engineering!” And he was right. At the time the Conqueror Typewriter Manufacturing Company collapsed in June 1922, the local Leeds Mercury touched on that very point. “Can England do fine work?” it asked in an editorial lamenting the plant’s closure. 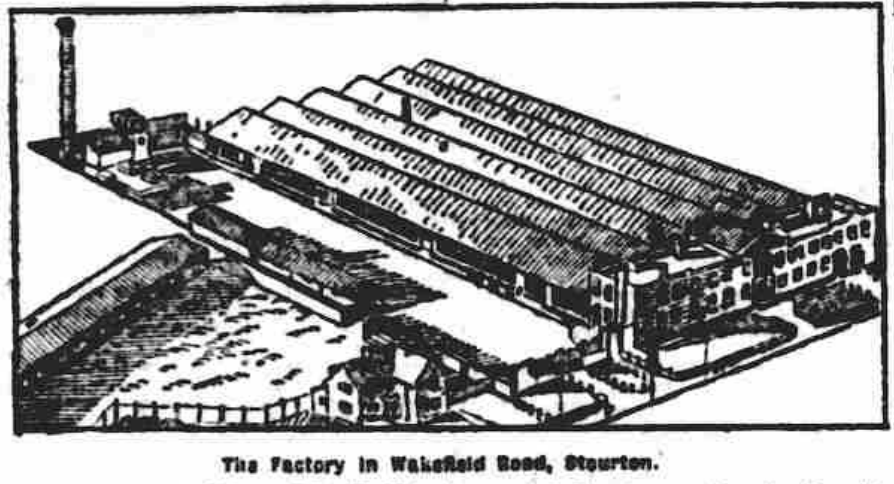 The Conqueror Typewriter Manufacturing Company factory.
The Conqueror enterprise was dreamed up in, of all places, the trenches on the Western Front during the latter stages of World War I. Henry George Charles Lascelles, the 6th Earl of Harewood, KG, GCVO, DSO and Bar, TD, JP, DL (1882-1947) was commanding the 3rd Battalion of the Grenadier Guards when he met a Major John Percival Bate, MC, DSO and Bar (1894-1932), an accomplished engineer who was in command of the 1/8th Worcestershire Regiment. Somehow, building typewriters came into the conversation, possibly because Lascelles had developed a determination regarding post-war employment for surviving soldiers. Bate was to become designer of the Stourton works and general manager of the Conqueror Typewriter Manufacturing Company. He remained one of four directors to the very end. Henry Lascelles, who was born at 43 Belgrave Square, London, with a silver spoon firmly implanted in his mouth, died of a heart attack on May 24, 1947, at the age of 64 at his home, Harewood House in West Yorkshire. 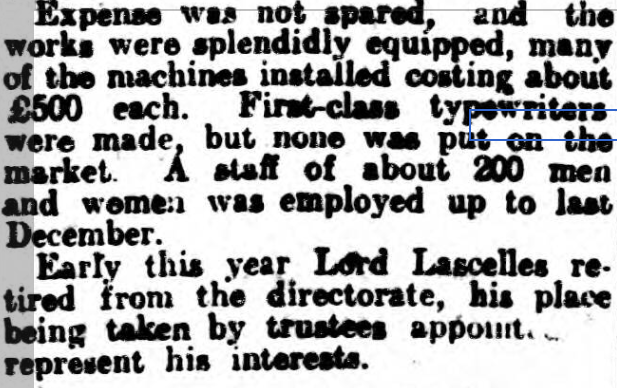 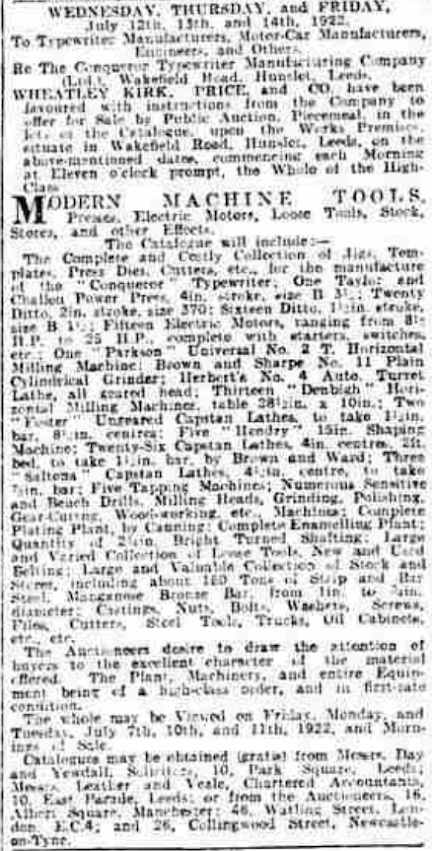 Great stories you've dug up to document this fiasco. I suspect the Sirvents' Conqueror is the same one that Beeching owned, but I do not know.

Kind of odd that such great collections aren't fully cataloged with photos and details like serial numbers, even now. ):